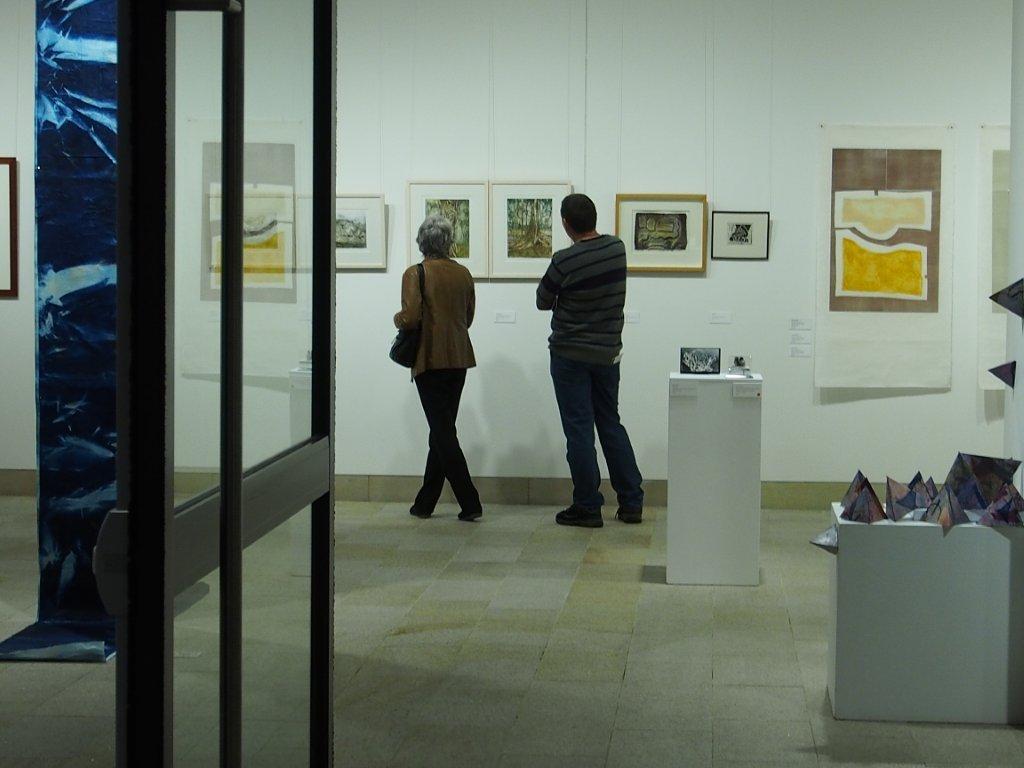 Home Grown The Printmakers is a platform for local artists. It is the first in a continuing series celebrating local artists or artists that have learnt or developed their practice within the Willoughby region of Sydney.

Sixteen artists are garland across the walls of the white cube space that defines Art Space On The Concourse at Chatswood.

This exhibition is as much about the social interaction of artists and their followers, as art within the local community.

The exhibition show cases a wide variety of printing practices. Some have their origins in the Sumerian civilizations from 4000 BC while other artworks reflect more contemporary practices like 3D printing. According to Venita Poblocki Curator and Visual Arts Coordinator for the Willoughby Council “these print technologies have endured and evolved to remain relevant over thousands of years to affirm the medium’s ongoing significance”.

Venita has thoughtfully orchestrated the placement of the artworks to ensure that the viewer is exposed to the individuality of each work while simultaneously exalting the works as a whole.

She has sensitively selected artworks and displayed them with integrity and purpose.

On entering the art space the visual impact of Lee Adele and Jo Williams joint series Subjective Suburbia was instant.

These works were the results of the combination of the photographic work of artist Lee Adele and the printmaking processes of Jo Williams.

Arial views of suburbia are explored in these meticulously crafted and executed works. 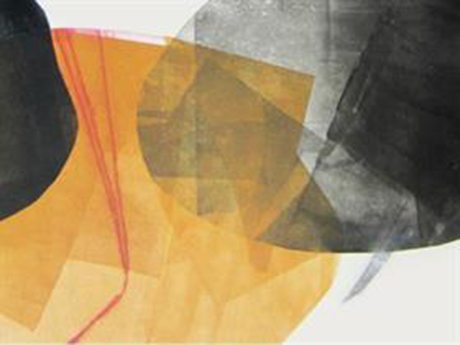 Although I experienced a sense of detachment in the patterns of the landscape the overlaying of the photograph invited a tactile response. I connected to this series and wanted to investigate the raised crazed lines created from found suburban material.

To me they were a symbol of human involvement in the urban landscape and they evoked contemplation.

Artist and printmaking teacher Mieke Cohen has three works in the show and was recently quoted explaining “my work is intuitive, working with shapes and working with transparency”.

Two of her works were prints from a body of work titled Ebb and Flow.

She has created textures that are whisper thin and the transparency was ethereal. The fragility of the work was further explored in the directional drypoint lines that sympathetically caress the prints.

This is a method where the image is incised into the surface, this is covered in ink and then the ink is wiped off but remains in the incisions.

The delicate markings on the prisms and the soft mauve and blue tones of the swirls created a sacred essence to the surface of the woodblocks.

The ‘steeping stones’ were spiritual symbols of a hallowed journey.

Around the corner of this wall I discovered the exquisite, beautiful and wistful Trees of Megalong an artwork created by Judy Smith.

It captured the alluring and ever changing beauty of trees.

The patterns of the branches shaped a sense of musicality about the work. The viewer not only witnessed splendor but could almost hear the wind as it moved the branches in hypnotic patterns.

Judy is an enthusiastic photographer who has used aluminium etching to create Trees of Megalong. Her passion for the natural world is evident in each of the prints and the individual differences within the artwork create a depth that is heightened by her masterful understanding of the effects of colour characteristics.

Further on in my Gallery walk the digital printmaking of Prue Crabbbe excited my visual sense offering fine examples of more contemporary printing techniques. Her digital prints evolved from a commitment to traditional printmaking coupled with a passion for photography. Her skilful editing of photographs is evident in her black and white artworks.

She has etched tonal harmony in her work and that gave depth and resonance to her art. Prue demonstrated a sensitive understanding of the powerful impact of light to create paradox and challenge the viewer. Her understanding of the balance and position of mundane and man-made objects gave structure to her fascinating artworks. On the opposite wall of the Gallery hung Serenading Blues created by  Itzick Fisher, who is inspired by the music and lyrics of Bob Dylan and the titles of his work are taken from the lyrics.

I was drawn to Serenading Blues where Itzick used zinc plates and printed on pre-rusted paper. I found this artwork gentle and uplifting, I could almost hear the colours calling.

My senses were activated by the beautifully formed shapes and the eloquence of their placement. The colours echoed serenity and the light and shade within the composition offered a promise of optimism. Suspended from the ceiling of the art space was Lucy East’s Lose Sight of the Shore. This intense artwork intrigued the viewer and beckoned a response.

I was reeled into the depths and secrets of the ocean and the powerful movements of the water. It was as if the ocean was all around and the artwork captured the immensity and power of the ocean. It was a humbling experience.

Lucy has used wenzho rice paper, iron compounds and brads and she has demonstrated a very fine knowledge of the materials and an exemplary understanding of processes.

There is an aura of beauty and simplicity in this beautifully draped print that spilled from the ceiling with elegance and grace.

On the wall beyond, Rock Face 6 a relief print by Ruth Faerber was profoundly illuminating. It appeared to synthesize the printmaking processes through the ages. Rock Face 6 was so distinctly like an ancient rock carving containing complex past history and deep secrets that I was pulled in to share.

Diagonally opposite hung Ursula Scott’s Embossed, a linoprint on Korean Paper. I loved the minimalist centred rhythmical essence of this print. The spirituality of the artwork was palpable and the colour and curves focused the viewer’s attention on the inner self.

What an impressive exhibition that included these and many more fine examples of Home Grown Printmakers!

Inspired by a theme of the current NGV Triennial, the NGV Kids Summer Festival offers Free Entry for all and celebrates all the ways they can play