It’s happening, exactly what you said. He’s out there playing the hero card * 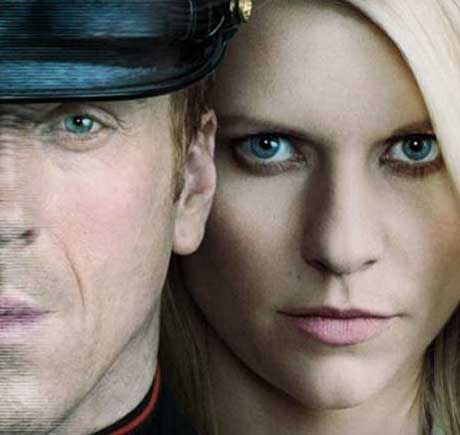 The production company Showtime is certainly upping the ante on cable television, producing many top series with great writing, acting, directing and production like its rival HBO, which is renowned for high quality shows. Showtime’s latest series Homeland is to be added to a growing list, although many of the critics reviewing it following the first episode, were already placing it critically at the top of the pile. It is perhaps the most addictive show in a season of sensational new shows coming out of America and will have you glued to your seat all the way to the tense and brilliant finale. It’s beautifully paced, patient, engaging at a very deep level and, wonderfully intelligent. The acting is so fine that it has raised the bar very high for other shows to follow.

To say that Homeland is compelling viewing is simply not enough. Exhilarating, brilliant, tense, intriguing and puzzling, this is a new style of psychological thriller, one with great potential for controversy. This brilliant new series, our American correspondent reports, will surely see actor Claire Danes portrayal of CIA operations officer Carrie Mathison and Damien Lewis as Marine Sergeant Nicholas Brody, nominated for awards. She’s a pill popping renegade loner  in the security forces with serious credibility issues. He is an American prisoner of war hero, who might just turn out to be a secret anti-American terrorist. Allesandra Stanley of The New York Times said ‘Carrie is hard to like, but Homeland is almost impossible to resist‘.

Traumatized in many different ways, Carrie Mathison and Nicholas Brody are both internally intensely lonely people.

He has been released following eight years in an Al-Qaeda prison, where day and night becomes blurred in his small walled up windowless cramped cell. Showering daily, even yearly, looks like it is not an option.

Caked in mud and filth, with hair and beard long and flowing, fleeting glimpses into Sargeant Brody’s hell hole life are indeed harrowing. But comes the day when the cell door is left ajar and rays of light lead him into a sun that is blinding. But wait; what is that softly gentle chanting luring him to peer through an open door where men are at prayer. The rhythm of their chant and soft soulful voices are calming and we are left with the tantalizing thought he has been drawn forward to join in. 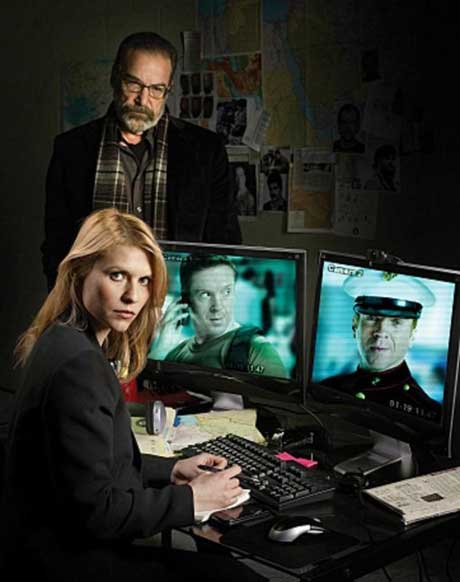 Set in America post 9/11, where everything has changed in terms of attitude to security, the viewer becomes a voyeur along with Carrie, of the major’s home life with his wife, daughter and a young son who doesn’t really know his Dad at all. After all he has been gone for eight years from when he was just a baby.

Carrie, in a rogue operation, has cameras placed in every room of Brody’s house although her fellow operatives didn’t have time to place one in the garage. Is Carrie paranoid about Brody? Or is she right? Day and night she lies on the lounge watching him in his home.

Carrie, who used to be an agent in the field until she stuffed up, is now more usually confined to a desk at Langley guided by her veteran CIA Division Chief, boss and mentor Saul Berenson played by Mandy Patinkin. She lets him know that before she was pulled out the east one of her assets had told her, just before he was about to executed, that an American officer had been turned.

Not believing there were any American prisoners of war she kept the Intel to herself. But now she is convinced the Intel leading to Sergeant Brody’s retrieval is a set up and that he is the one the asset referred to. Is he really going to carry out a major terrorist plot on American soil? And, is she the only one who can stop him?

Berenson buys her a little time with a warrant, just four weeks to bring the operation to a head and conclusion. It’s quite a twist having a girl everyone thinks is certainly hyperactive, as well as just a little bit loopy, trying to save her Homeland. Is Brody the prisoner of war she learned about while on that dangerous covert mission in Afghanistan? Has he really been turned to become an important part of an Al-Qaeda sleeper cell?

And what is happening beyond their reach, out there in the garage? 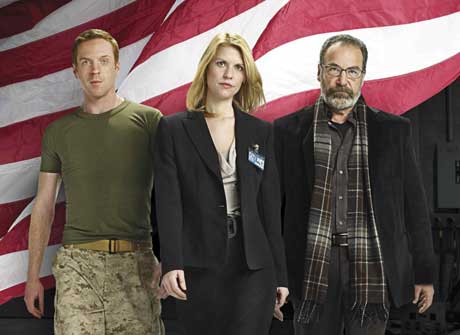 Clare Danes burst onto the big screen in 1994 when she was 15 as Beth in Little Women alongside Winona Ryder, Kirsten Dunst, Samantha Mathis, Trini Alvarado, Christian Bale, Susan Sarandon, and Gabriel Byrne. Her first major lead role was as Juliet Capulet in Baz Luhrmann’s 1996 film of William Shakespeare’s Romeo and Juliet opposite Leonardo di Caprio as Romeo Montague. The body of work she has built up since is more than impressive and she has two Golden Globe and two Emmy Awards as well as being nominated or having won, many other awards.

Multi award winning Mandy Pantinkin is an actor’s actor, known first for his work in musical theatre. He spent years on the TV hospital series Chicago Hope,  winning a huge fan following. Ironically he was always curing cancer, a disease that made him have time off his career as he fought its vicious grip himself. His list of awards is impressive too, and includes three Emmy Awards, two Golden Globe’s and a Tony Award for his work in the musical Evita. 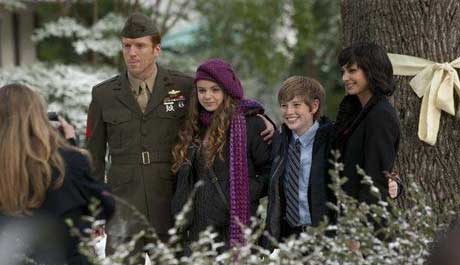 Damien Lewis captured many hearts around the world when he starred as Soames Forsyte in the ITV remake of The Forsyte Saga and in the much acclaimed HBO miniseries, Band of Brothers. Born in London, Lewis after graduating from the Guildhall School of Music and Drama in 1993 began his career as a stage actor for the Royal Shakespeare Company.

This role as an all American hero in trouble will certainly require all his skills. Spending time alone like his character is not something he would in real life cope with. He confessed to a Times reporter Stefanie Marsh, in an interview in November 2005 that ‘I have a romantic view of solitude and am constantly thinking that I would love to go to a bolthole in the country and spend a week on my own. But I’ve done it and after about two days started to feel very sorry for myself; melancholy and restless, not calm at all. Two days on my own is a long time’. Surviving eight years as a prisoner of war in enemy territory would be hard. 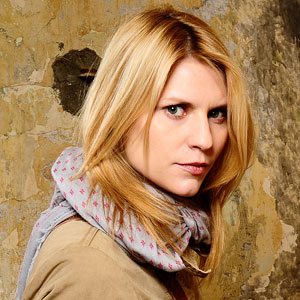 Co-creators of Homeland are Howard Gordon, successful screenwriter and producer and his business partner Alex Gansa. Gordon and Gansa were staff writers for the Emmy nominated series Beauty and the Beast, The X Files as producers, writing several scripts before pursuing other well-known projects, including 24, Numbers and Entourage between them. Homeland is perhaps their best of the best and has received rave reviews from all the hardest critics.

Stop Press: Homeland will be back for a second season, date to be announced. Actors Claire Danes and Damien Lewis were both been nominated for a Golden Globe Award and Claire Won.

Watch the Trailer for Homeland
httpv://www.youtube.com/watch?v=KyFmS3wRPCQ

To gape at the antics of the beau monde was one of the great pleasures of Vauxhall Gardens at London during the eighteenth century.