English naturalist Charles Darwin (1809-1882) in his book On the Origin of Species By Means of Natural Selection or The Preservation of Favoured Races in the Struggle For Life, introduced his ideas that form the basic mechanisms of evolution, defined as ‘natural selection’, a concept much debated and discussed ever since.

It was developed before advancements in medical science and a theory of ‘heredity’, which is all about modern genetics. It was the first step on a ladder that will continue to extend and expand as scientists add further theories to its original knowledge base. Charles Darwin was the 5th child of a wealthy society doctor and financier Robert Darwin.

His mother Susannah Darwin the daughter of the famous potter Josiah Wedgwood on his mother’s side. Although defined as wealthy middle class he would have moved easily in the so-called upper classes of his day some of whom supported his efforts over his lifetime.

For Darwin his theory of evolution was a matter of explanation. He thought that it was completely ‘absurd to talk of one animal being higher than another‘ and he saw evolution as having no goal. Though a conversation about the class system may seem to be somewhat irrelevant and even taboo these days, the system itself is still very much alive and a determining factor of how far one goes in life whether we like it or not. On the Frost Report Comedians John Cleese, Ronnie Corbett and Ronnie Barker were all involved in a sketch on the 7th April, 1966, satirizing the English class system.

It created what is now regarded as a classic TV moment. Cleese represented the ruling classes, who spent his time either looking ahead or down on the others. At only 5’1″ Corbett represented the working class and ended up with “a pain in the back of my neck” from always having to look up. And poor old Baker, well he was the man caught in the middle seemingly not going anywhere much. 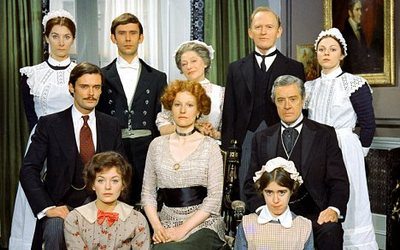 Rising above your pre-ordained station in life was definitely given a thumbs down by Charles, Prince of Wales in a court case in England in 2004 when an employee claimed she was dismissed unfairly.

In the fifties and sixties when the Prince grew up it was all about the working classes getting their first foot on the rung of the ladder so they could fight their way up toward success via union movements, mass marches and ribald rallies

It appears that the employee of the Prince of Wales really stirred the pot as she wanted to be ‘trained up’ to the level of assistant private secretary, which caused a lot of ripples in the administrative hierarchical order. She was then seemingly dismissed for her ambitions.

According to court transcripts the Prince claimed in a memo ‘the modern education system went against natural selection’ and wrongly encouraged people to think they could rise ‘above their station’. Going from Upstairs to Downstairs was definitely taboo, as well as a subject of great television drama on the BBC.

In a further tirade about the system the Prince of Wales observed that it made many people believe that they could all be “pop stars, High Court judges, TV presenters or heads of state” without putting in the effort or having natural ability.

He seemed to have believed it was a result of “social utopianism”, which deems that people can be “genetically and socially re-engineered” in contradiction of the “lessons of history” and the “realities of nature”.

All he did was prove how far from reality his life had become. When royalty went down this path in France a century earlier they lost their heads and brought about a revolution of thinking about liberty, life and freedom and the inalienable Rights of Man. 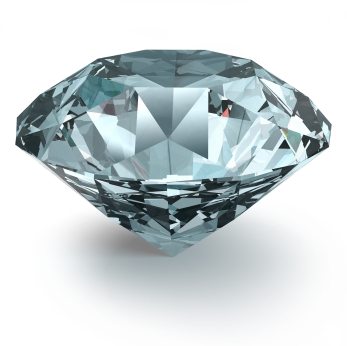 The British PM David Cameron claimed in a speech at Manchester in August 2011 to be a member of the ‘sharp elbowed middle classes’, that new group in the hierarchical British class order of things that is nudging others above them and below them out of the way. It seems that he and his wife perhaps haven’t heard of the concept of ‘not rising above their station’, which they may or may not have been warned about as children.

Since the sixties the English class system has changed from being a pyramidal shape into being a diamond shape, at least in terms of its hierarchical structure.

The working class at the bottom are shrinking as are the upper class at the top. The middle class however are continuing the expansion that began hundred of years ago, well beyond expectation. So much so they now have a class structure all of their own. 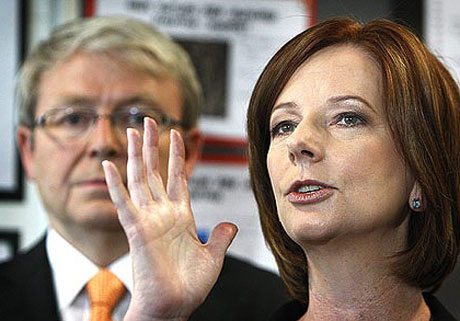 If the Prime Minister of England at the time David Cameron saw himself as the ‘sharp elbowed’ variety, and we all know he was educated at Eton and his wife is a daughter of nobility, are they both sending a phony message?

Or are they pushing that it’s ok to be posh and proud of it and yet be able to join in with everyone else?

In other words are they stepping down a rung or two in order to help us all step up onto the same one? Is he thinking beyond self and the greater good as a man in his office and position should?

Here we all know about Julia Gillard the girl from Wales, who migrated as a child with her family, worked her way through the public school system, went to university, established herself in corporate life and become the first female holder of the office of Prime Minister. Pretty impressive.

What else do we know. Well, while just a little bit posh she’s was also definitely approachable, although not one to cross.

She was one of the sharp elbowed class, as former PM Kevin Rudd, who was nudged into the background, would attest to. But would he stay there? Well we all know that the answer was no, and he elbowed her back out of the way again eighteen months later so that she would not be able to complete her elected first term in office. In America a boyborn on a tiny island in the Pacific became the first African American to hold office as President and serve two terms. He defied all the odds, the role models and systems of class to reach the top of the ladder through his own efforts.

He traced his ancestors on one hand through Germany, Wales and Ireland and on the other to Kenya. He grew up studying in Indonesia and Hawaii before moving to mainland U.S.A.

His encounter with a variety of cultures was forged in a climate of mutual respect and became an integral part of his world view, and an important aspect of the values he espouses. Barack Obama would also be likely to enjoy to be able to chat with Charles Darwin as he has an enquiring mind.

The class system is a terrible notion and a terrible system. It has certainly changed its shape a great deal in the past fifty years, which in some cases is working out well. One of the new rungs added to the ‘middle’ ladder world wide includes the celebrity class. They are in a world of their own and appealing to the youth of our generation. 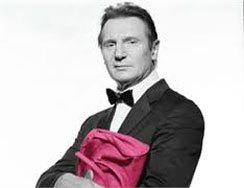 A great many seemed to have sorted themselves out and have accepted they are acting as role models to the next generation.

There are those that are also genuinely compassionate, caring, championing great causes and helping those who cannot help themselves. Like Oprah Winfrey and Liam Neeson they are giving of themselves to help others. They are certainly a class act.

On the BBC’s Millennium Program in 2000 the two Ronnies came back together with comedic genius Stephen Fry to perform a modern take on their original famous sketch, featuring Modern Man, Renaissance Man and Medieval Man.

Comedians have such a wonderful way of getting to the point of how society is thinking.

All human beings in our world are born free and equal in both dignity and rights. They are entitled to enjoy their life, their liberty and to pursue happiness.  They are endowed with reason and conscience and should act towards one another in a spirit of brotherhood.

Human rights are inherent, inalienable, indivisible and universal. They are our birthright and cannot be lost or taken away. They are all of equal importance and apply to all people whatever their race, gender, disability, language, religion, political or other opinion, national or social origin, age, property or other status.

In Australia and abroad the observance of human rights benefits the security and prosperity of all nations and individuals.

Today the inalienable rights of man, should be about treating others as you would have them treat you. Then in the future, and in a truly Big Society, it really will become a case of class dismissed.

Collector David Roche AM, who left his treasures to the people of South Australia, features many Russian treasures, including a portrait of Catherine the Great