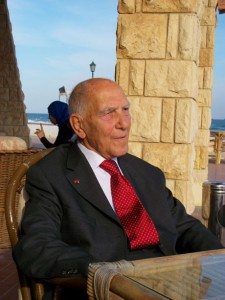 Indignez-vous from 93 year old French Resistance survivor Stephane Hessel is a publishing phenomenon. It is the ‘little red book’ that having swept France, is now set to topple international bestsellers’ lists. It contains no sex and is not humorous. It is not a literary masterpiece and it does not have a startlingly original message. So why instead of becoming a publishing disaster, has it become a publishing phenomenon?

Everyone is asking, but why? In the main it sounds like the kind of publication that would be largely ignored by a youthful audience. The timing of this book, which has been released during troubled times of pronounced economic instability and inequality might also seem to many a tad off? But defying all the odds it seems it has rung many warning bells for the people of France, where it has become  the #1 bestselling book on Amazon.fr, and has remained so for some time.

Born in Germany Stephane Hessel became a naturalised French citizen and a French Resistance fighter. He escaped from a Nazi concentration camp and after the war helped draft the Universal Declaration of Human Rights 1948. His book Indignez-vous! at less than 30 pages, 13 which are of text. It is the missive of a 93-year-old man who while reflecting on his own life, becomes outraged at his nation’s youth, wanting them to resist greed and corruption and fight to uphold the sacred values of democracy.

The author is almost a century old holocaust survivor and perhaps that lends credibility to his message. Whatever the reason, this small pamphlet style publication has sold over 600,000 in just three months, much to the shock and delight of Hessel’s small, left-wing publishers. They are more accustomed to print-runs in the hundreds rather than the hundreds of thousands. 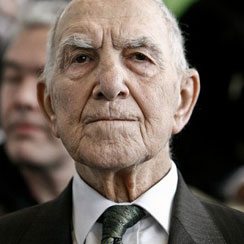 Indignez-vous urges the French, and everyone else, to recapture the wartime spirit of resistance to the Nazis by rejecting the “insolent, selfish” power of money and markets and by defending the social “values of modern democracy”.

As the English Australians and Americans have a bonded affinity with the French they need to sit up and take notice. There are a lot of questions out there right now about where the world is headed on so many levels.

In the UK they are adopting an approach of fiscal austerity, in a time of economic uncertainty while working towards 21st century enlightenment and a Big Society. In Australia the government is tackling a carbon tax and fighting to bring the budget back to surplus. In the USA education, energy, efficiency and infrastructure are the big issues.

In the main all major world leaders are urging citizens to shift from focusing on short term tactical issues toward asking the bigger questions of themselves and their governments whether local, state, national or international. Its great to want to be green and a sustainable society, but getting there is perhaps the greatest challenge humankind  has yet faced. We’ve spent centuries on a giant learning curve and now we need to use that knowledge to benefit the greater good. 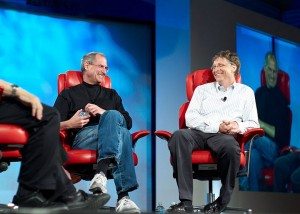 We live in a world where if we are to flourish as a Big Society we need to build a culture of trust and place a great deal more focus on outcomes, rather than targets. Productivity in manufacturing and agriculture is causing concern as new economies emerge. While the west has seen great gains in productivity in technology, research and development by well educated people, on the scale of things this represents only a small proportion of an active labour market.

Then there are questions about how to maintain social cohesion while developing a sustainable social sector. This is evidenced by the knowledge that Bill Gates, who once dedicated all his skills and resources financial and otherwise to developing Microsoft, is now using them to tackle bigger social issues.

Just as he “cried out” against Nazism in the 1940s, Hessel said, young people today should “cry out against the complicity between politicians and economic and financial powers” and “defend our democratic rights acquired over two centuries”.

Remembering the ideals for which he risked his life, while never forgetting the evils against which he struggled, Hessel calls on all of us to take back the rights that have slowly slipped away since the Second World War ended. He, and all those resistance fighters who fought so hard for the period of peace we have collectively enjoyed, deserve our respect. 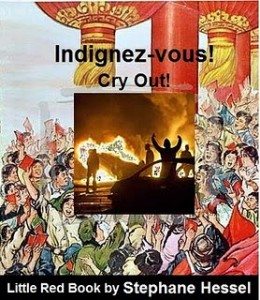 Stephane Hessel, Resistance fighter and concentration-camp survivor is advising the youth of today that their lives and liberties are worth fighting for. In his own way he is calling on the new generation to unlock their potential, to lead discussion and come up with their own ideas.

He is endeavouring to help them become socially mobile, to be engaged and to become engaging.

The message of Indignez-vous is about taking responsibility for self and for others. It’s about inspiring and motivating the next generation into finding out how to connect ideas and initiatives. It is about the Inalienable Rights of Man, about building civic capacity, about tackling anti social behaviour, substance misuse, improving education and providing a level playing field of fairness for all.

Above all it is about fostering a whole new approach to economic, cultural, social and environmental development in a much bigger society. Sure, we will all make mistakes along the way, because we are human. But that doesn’t mean we should give up trying.

Rally, a contemporary art installation by Nike Savvas at the Art Gallery NSW is about enjoying and sharing a magical moment in time in a world full of promise