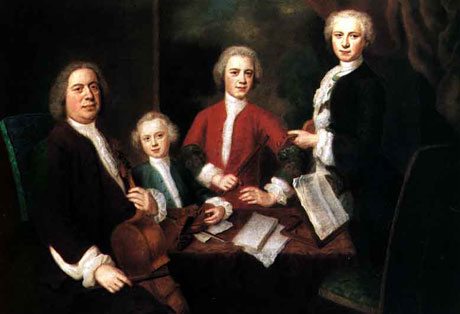 Johann Sebastian Bach and his sons

During the eighteenth century in Europe marvelous music swept all before it as contemporary composers strove to produce works that exuded ‘noble simplicity and quiet greatness’, qualities that ‘enlightened’ men and women were seeking to gather unto themselves.

Converting drama and religion the pedal fugues of Johann Sebastian Bach (1685-1750) lit up many a gathering of the faithful especially when a new pedal organ was installed at Westminster Abbey. 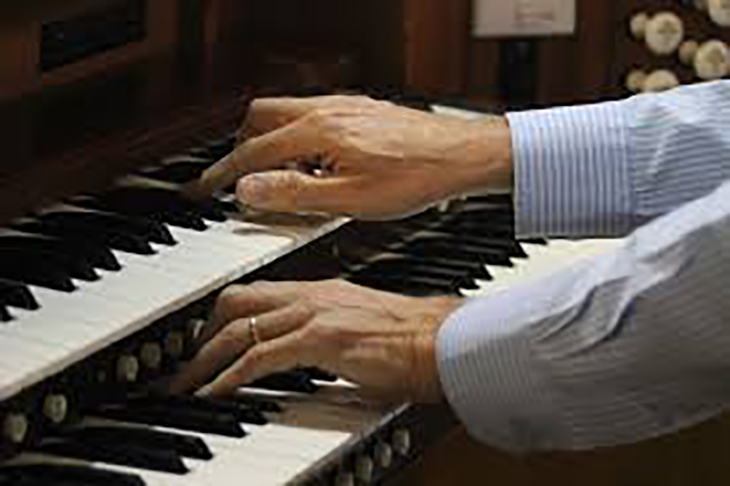 The sounds rebounded off the architecture with sounds of unparalleled intensity. It was definitely music that resonates. J S Bach composed music meant for reviving the spirit and nurturing the soul.

Today a lot of younger musicians are discovering its many possibilities for electric arrangements. Although it’s still great just how he composed it. Considering he died over 260 years ago, it is amazing that around the world in schools, churches, halls and grand venues, people still celebrate this extraordinary man and his unique compositions. As Julie Andrews sang in ‘The Sound of Music …he must have done something good’. Having been brought up as a regular Sunday worship observer in the Anglican tradition, and singing in choirs for nearly the same amount of time, my acquaintance with Mr Bach and his splendid works has been over a sixty-year period.

An abiding affection for him is always aroused, especially when the Toccata and Fugue in d minor is played. Although since the ‘80’s a number of scholars have apparently challenged its authorship. We will leave them to work it out…the point is that it is a piece of music that never fails to quicken the step.

So do listen to it played by Karl Richter at the end of this piece. Otherwise enjoy Walter Murphy’s version from 1978, entitled Walter Murphy (1952- ) – Toccata And Funk In d Minor DISCO 1978.

This may also put a smile on your face, because at that time time American instrumentalist, songwriter and arranger Walter Murphy Jr and his ‘Big Apple Band’ were quite the rage, as was disco dancing. What?

It was his father who taught Johann Sebastian Bach music, at least up until he was ten years old. His death in 1695 changed the lives of Johann Sebastian and his brother Johann Christophe forever. They were sent away to study the organ in Ohrdruf where Johann also developed an interest in organ building. An organ is an amazing instrument whose destiny seems to have always been linked to the church, despite being installed in many grand venues including Town Halls across Europe and here in Australia as well as Concert Halls, Universities and Conservatoria.

Then there were the ‘theatre’ organs imitating an orchestra, which were installed during the late nineteenth and first decade or two of the twentieth century in movie cinemas to accompany the popular silent movie genre.

The landmark talking movie The Jazz Singer in 1927 changed everything. Since then first with the decline of silent movies and the many problems besetting the church, it often seems the organ’s fate would, despite the Organ Historical Trust of Australia and its best efforts, be limited. So it was a great surprise to find out that Sydney Grammar School, always considered one of the most progressive in the country, had a new organ installed as recently as 2004.

On their website it says ‘The new organ was heard in public for the first time in a series of concerts in August and September of 2004. Each of these concerts was recorded for radio broadcast by the Australian Broadcasting Corporation and 2MBS-FM.’ How great is this. The school, like so many others in the country today offer a wonderful music experience to their students, if they wish to pursue a career in the field. 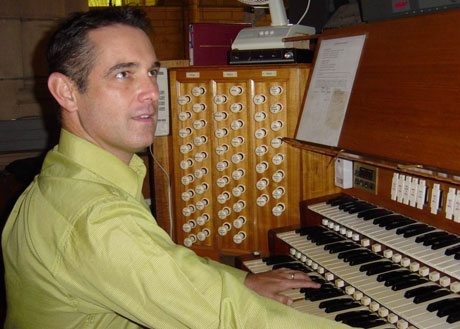 The organ is such a difficult instrument to play and when staging a series of Festive Music events in St John’s Cathedral at Brisbane in 2004 with organist Christopher Cook, the church provided ‘foot cam’ so that people were able to watch how he played the giant keyboard with his feet, while playing all the others with his hands.

It was a huge success as so many people did not realize that this was how it happened. Playing an organ is a bit like rubbing your tummy while you pat your head – two things at once.

You have to be amazingly fit, very flexible and versatile. It certainly requires considerable skill and loads of practice, practice and more practice, which organists tell me is the key.

Johann Sebastian Bach became Court Composer at Weimar for two ruling Grand Dukes 1708 – 1717 and then, at Cöthen for a youthful Prince Leopold.  He wrote works for small court orchestra, including toccatas, capriccios, fantasias, fugues, variations, suites, sonatas, and miscellaneous shorter pieces for teaching. His six acclaimed Brandenburg Concertos were dedicated to the Margrave of Brandenburg in 1721.

In 1723 he was employed as Cantor for the Choir School of St. Thomas in Leipzig where he was given responsibility for the music life at five principal city churches. This is the period when he composed a huge amount of choral works and also took charge of the University Collegium musicum. His collected works were first published by the Bach-Gesellschaft (Bach Society), 1851-1900 using the Bach-Werke-Verzeichnis (Thematic-Systematic Listing of the Works of J.S. Bach) by Wolfgang Schmieder. In 1722 Bach completed a collection of 24 preludes and fugues in all major and minor keys, which he called “The Well-tempered Clavier“. During the next twenty years he wrote a further 24, making the present total of 48. They have a complex structure with a wealth of detail utilizing and extending the full possibilities of the organ keyboards, and represent a challenge for any organist. His now famous Six Suites for Unaccompanied Cello have achieved legendary status. Their emotional range,  intimacy and intensity have made them among the most popular of all his works today.  If you want to understand The Cello Suites a beautifully crafted book tells the tale terrifically of an epic quest undertaken by Canadian rock critic Eric Siblin about his search for the original Baroque masterpiece, a score specifically written for the cello Bach.

The Schübler Chorales were named for Georg Schübler, who published six Chorales by Bach ca. 1748 all of which were unique in Bach’s organ compositions. Five of the six chorales are transcriptions from his cantatas in which the melody is easily heard, because it is assigned to its own keyboard throughout the piece. 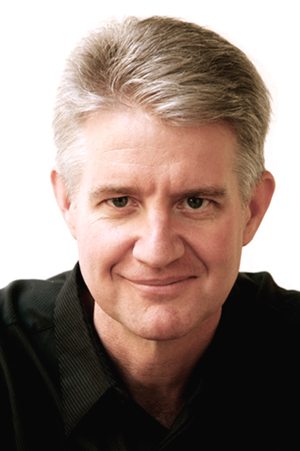 In his final decade 1740 – 1750 Bach composed The Leipzig Chorales. Australian organist  Christopher Wrench performed seven of these on Bach’s birthday at Sydney Grammar School in March 2011. They were produced from earlier works when Bach was court organist at Weimar. A keyboard specialist, Brisbane based organist Christopher Wrench has mastered the complexities of playing the organ. He applies sensitive phrasing and rhythm to enhance the interpretation of each of the compositions he tackles. He is well renowned for the virtuosity of his performances and the considerable joy he imparts when making full use of the organ’s wide tonal palette and expressive power.

In Australia it seems that many of our historic instruments have been documented with histories, specifications and photos listed on the Organ Historical Trust of Australia website. So if you would like to join or know how you can help do more please contact them directly.

ROOM is an award winning portrait of a mother and child by director Lenny Abrahamson, whose clear vision ensures its confines go way beyond what the eye can see