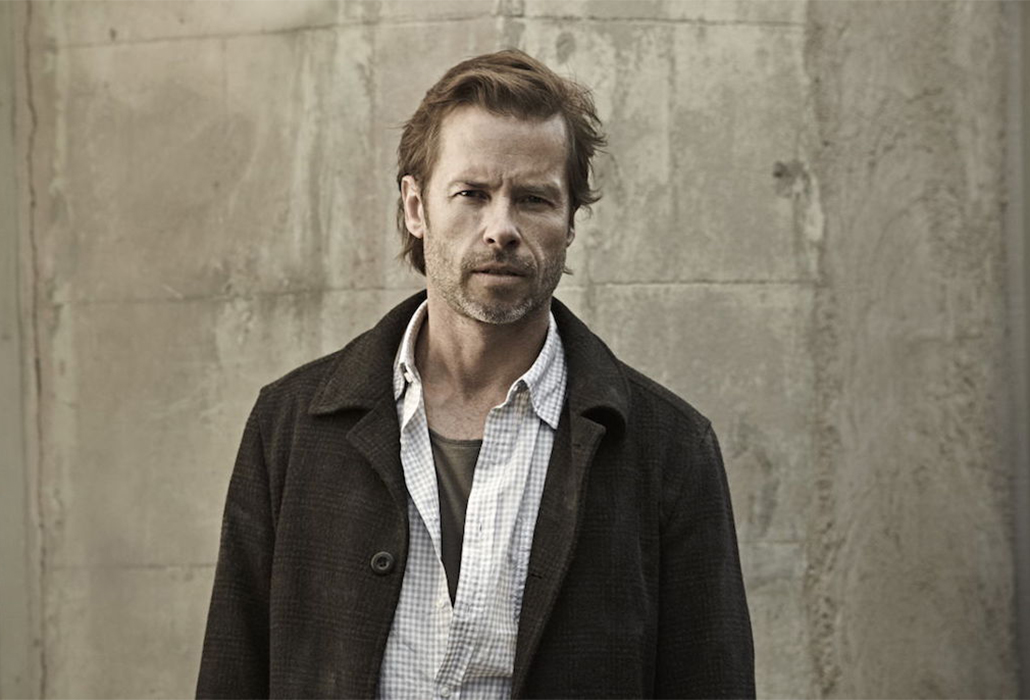 Jack Irish played by Emmy Award Winner Guy Pearce, is a down and out quintessential Aussie battler and a crusader without a cape, who has become a dynamic voice for justice against all the odds. Why he and this show in which he features is not top of the Aussie awards list for me is disappointing.

Jack Irish at first attained legendary status through initially three TV movie length stories Bad Debts, Black Tide and Dead Point which have been screened on the ABC since 2012. Together with the two-subsequent ordered series of one hour episodes produced to date, they have all been delivered as a class act par excellence; truly five-star television 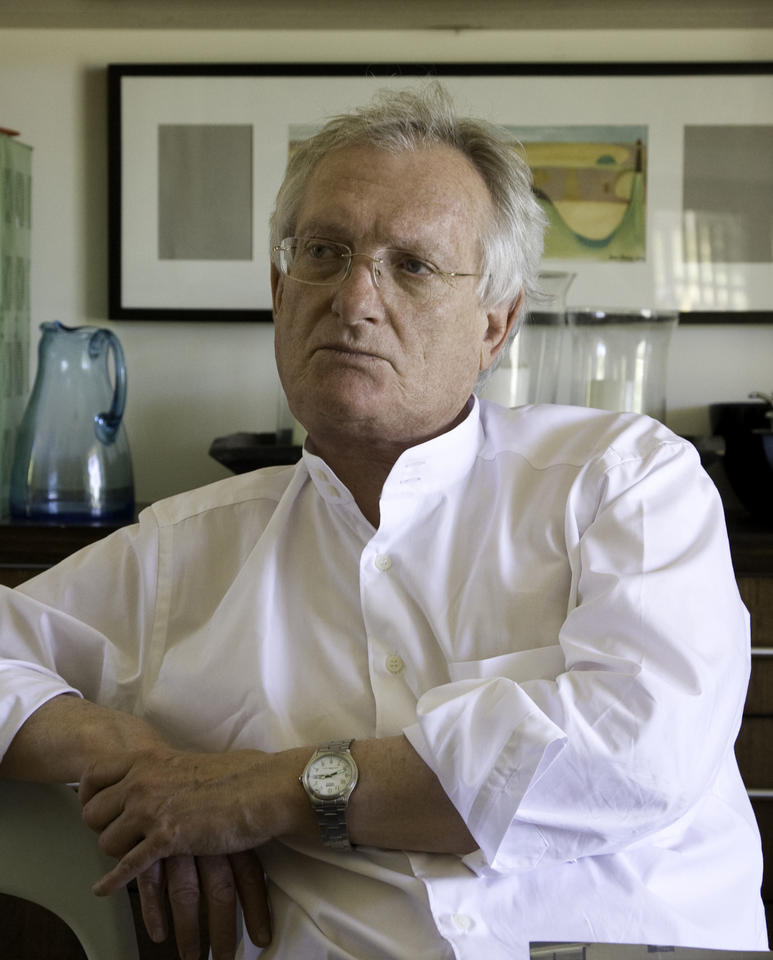 “What is more at the heart of social life than the crime against one person?” Temple is recorded as saying.

“I see it as an excuse for beginning the narrative. It has its own logic and a relentless drive. It is a reason for things to happen and for the way characters behave.”

He knew crime-writing was considered a lesser genre in Australia, and said as much in his acceptance speech for the Miles Franklin award: “I’ll thank the judges anyway. They’ll have to take the flack for giving the Miles Franklin to a crime writer, and all I can say, my advice to them, is cop it sweet. You’ve done the crime, you do the time.” 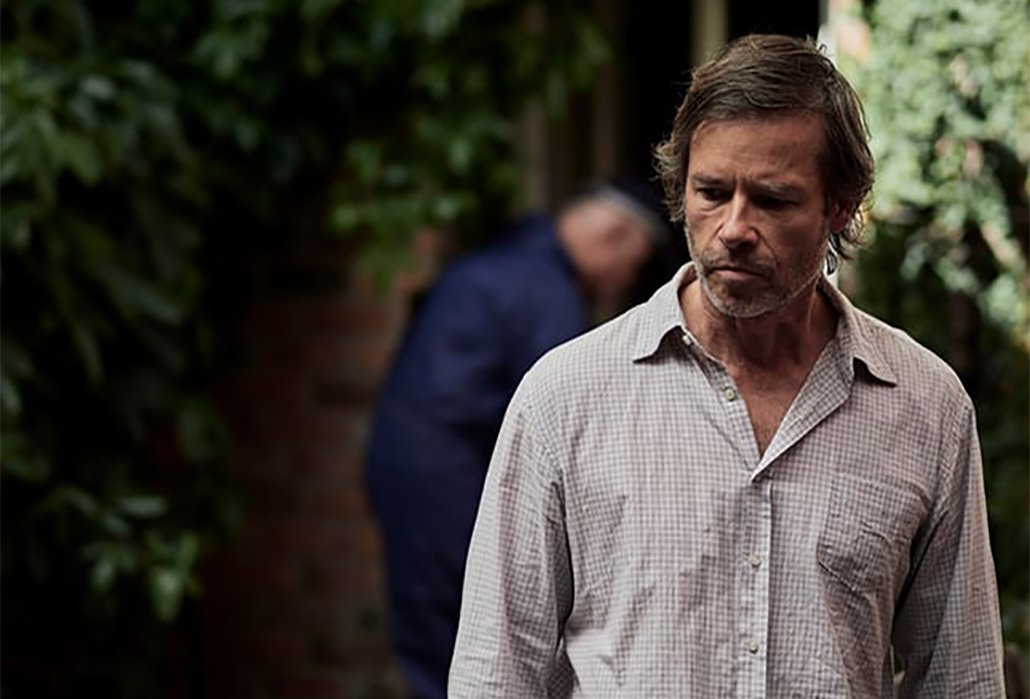 Jack Irish is played brilliantly by actor Guy Pearce, who himself has had a stellar career to date on the world stage. The character is very clever with a wonderfully wry sense of humour.

He is a nose to the grindstone style lawyer, a gambler on the ponies, as well as a good cook and fine cabinetmaker. Jack dislikes those who believe they are entitled. Creative, he has his moments of introversion, only venturing out onto the asphalt as his mystery solving demands.

The new series has so many twists and turns its wondrous script will keep your head spinning, right along with that of our hero as it develops in so many interesting, and sometimes unbelievable ways.

Jack’s wiry grit and slightly dishevelled appearance certainly suits the unsettling melancholic tone, of what is an award worthy worded narrative, one that caters to both the cultural richness and the three seasons in one day weather of his Melbourne surrounds. 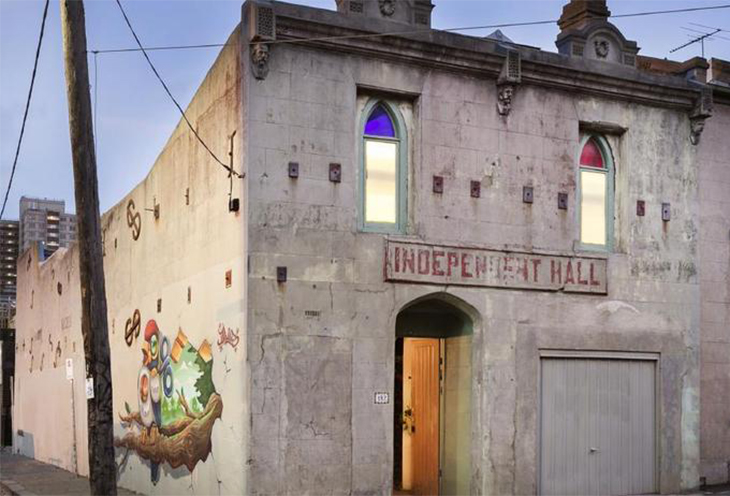 He lives in the trendy converted Independent church hall at Fitzroy, which suits his personality to a tee; slightly dishevelled on the outside, while ordered within – a very Melbourne thing.

It is sited only a few blocks from his office a rear room of the old-fashioned Melbourne Prince of Prussia pub (The Napier Hotel in disguise) where Stan the publican (Damien Garvey) is currently having all sorts of problems with his Chinese wife, Cherry Blossom.

Jack Irish is produced on what would be considered a shoe-string budget internationally and features a cast of great characters, including Cam Delray played by the fabulous Aaron Pedersen, who also starred in the hit series Mystery Road with Judy Davis recently. 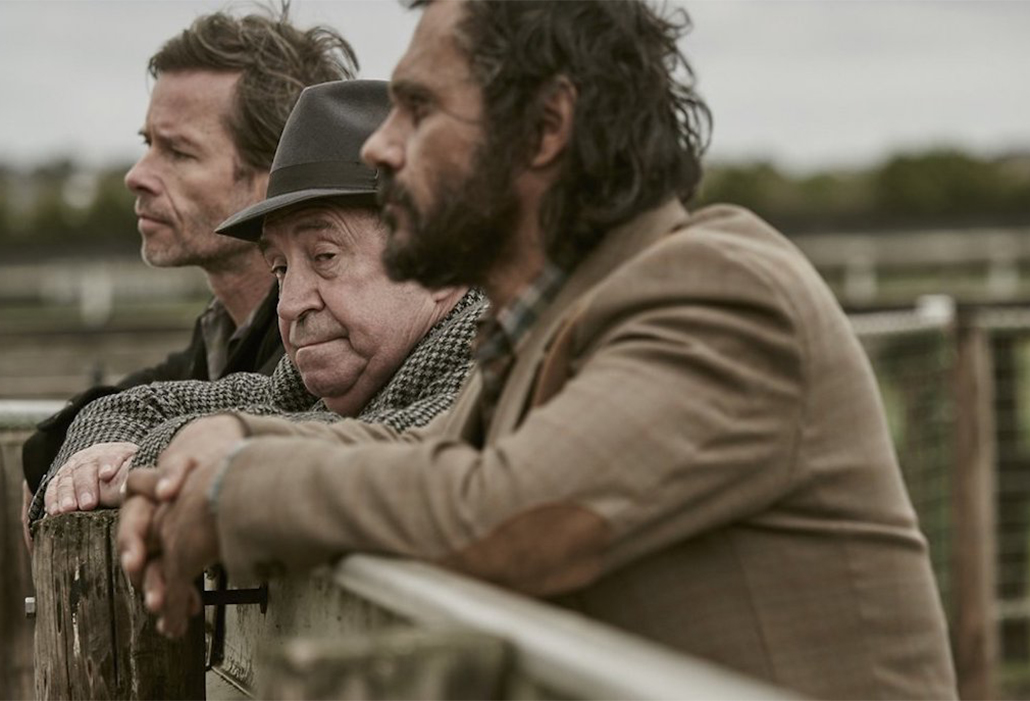 Cam in this second series, has become Jack’s right-hand man. His former boss, the invincible Harry Strang (Roy Billing) a know it all racing identity recovering from a recent ‘heart incident’, who is still actively keeping both Jack and Cam on their toes, while unwittingly getting involved in the story going down.

Also, in the second series, it is only Wilber (John Flaus) and Eric (Terry Norris) who remain of the old guard; The Fitzroy Youth Club; three old reprobates who can be found night and day sitting on bar stools propping up the bar at The Prince of Prussia pub. ‘

They are still grieving for the loss of the third in their trilogy, Norm (Ron Falk) while searching for a suitable candidate who will inherit his stool and, God willing, share both their conspiracy theories and stories while keeping the bar afloat. 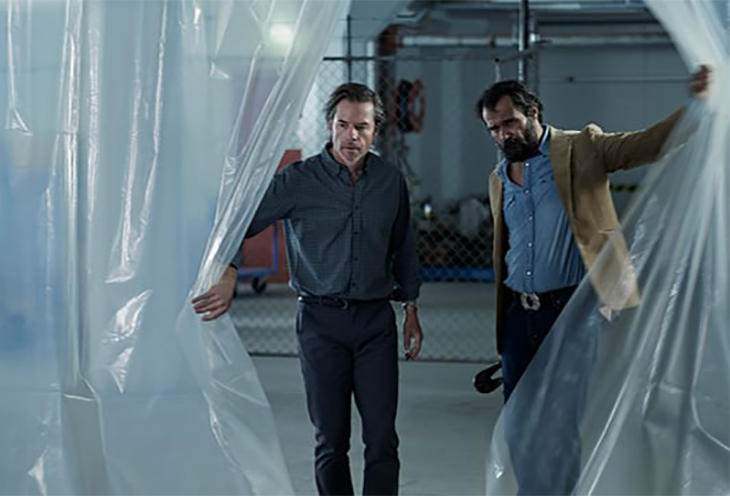 The main tragedy which sparks the story may start off as a local event but soon moves into the international scene as Jack is caught up in investigating why a Chinese student-courier hired to deliver a package for him a few years ago. His failure to deliver at that time, changed the course of Jack Irish’s life.

The student has turned up dead in a mine shaft and turns out to be a friend of a young Indian female student, who became caught up in a cycle of drugs and disillusionment while studying at a higher learning college, where Jack discovers exploitation is rife.

She was filmed in a drug induced state wandering onto a road where she was hit and killed by a bus. Suddenly the reason for her death escalates and becomes all about immigration, border control and distressed parents who are wanting answers to the questions only Jack Irish is asking. 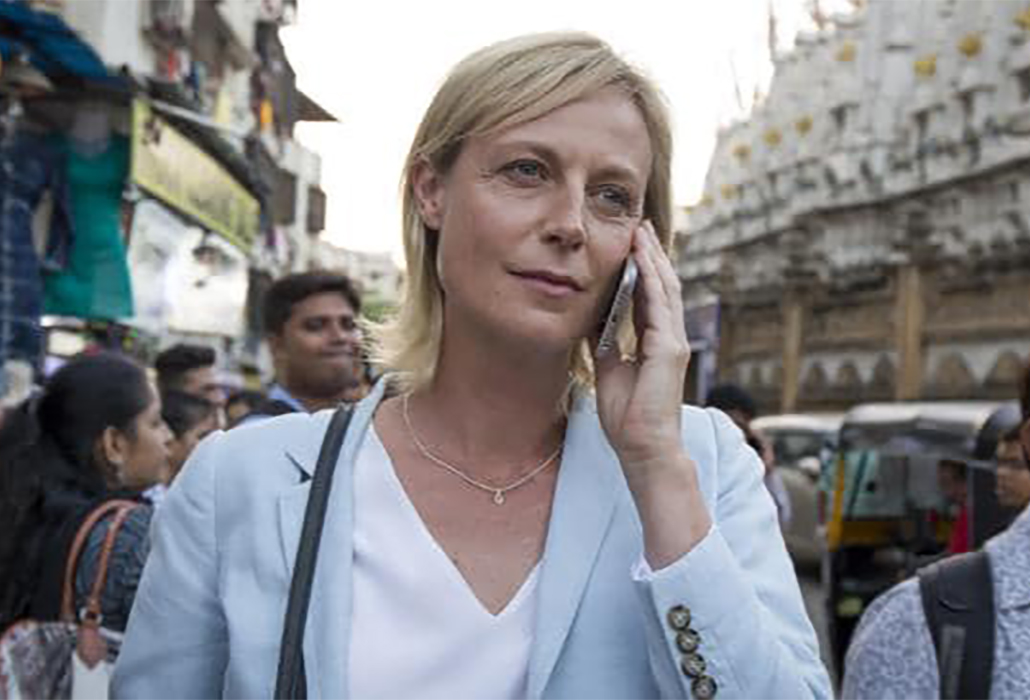 To find the answers overseas, he challenges his former girlfriend Linda Hellier (Marta Dusseldorp) for whom the package was intended, to travel to India to pick up the trail for him there. Meanwhile at home, lucrative benefits seem to be the lure for those involved.

This is both storytelling and filmmaking at its very best with a sensational cast, a cracking good storyline that includes dodgy wheeling and dealing, contemporary issues, including those who feel they are disenfranchised.

All the while, the second series is being presented through stunning photography by veteran Melbourne based cinematographer Garry Phillips, who ensures along with his colleagues, this is very addictive television. 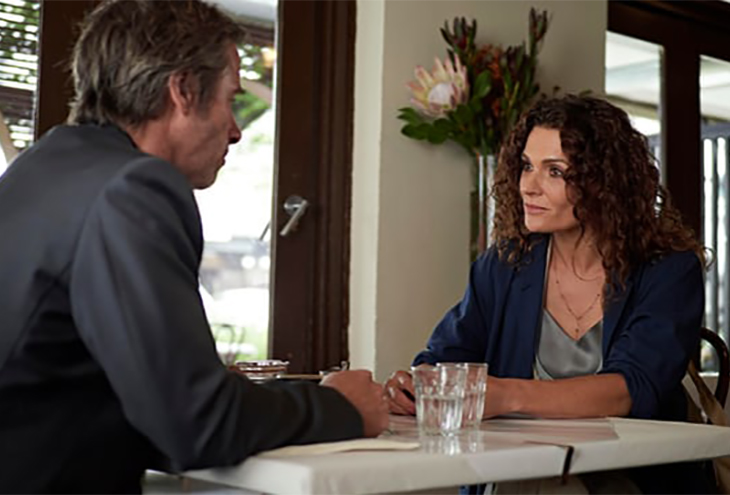 It doesn’t get much better than Jack Irish.  You can catch up on Netflix and ABC iView