Australia’s first lady of Jazz Janet Seidel, together with her wing men Chuck Morgan and David Seidel, have been busy spending time away from Sydney their home town. The Janet Seidel Trio has been travelling throughout the UK, to New York City, to Germany and to Italy. The Very Thought of You, Sentimental Journey, Windmills of your Mind, Twilight time and more, Janet’s select silky repertoire includes some of jazz’s greatest classics, many of which are available on her 20 plus CD releases.

They played in both Scotland and Ireland and at several festivals, including at Derry in Northern Island, on the Isle of Wight, at Keswick in the glorious Lake District as well as Cleethorpes and Swansea by the sea. The Janet Seidel Trio is coming south for a brief sojourn swinging in Melbourne soon. They will be serving up some of that ‘old black magic’ at the Clocktower Centre in Moonee Ponds on October 4 at 11am, where the Trio will celebrate the genius of Johnny Mercer, singer and founder of Capital Records.

On Friday night October 7 they will play at Dizzy’s Jazz Club, Richmond, Melbourne’s favourite Jazz hangout where you can enjoy live jazz music every week.

There is a superb food and an extensive bar and you can become a member with benefits. Janet’s previous jazz combos have included the likes of Tom Baker, Ben Jones, Joe Chindamo, Don Burrows and Kevin Hunt as guest artists, because it’s always a breath of fresh air to add a spontaneous jazz personality into the mix.

A natural musician, multi-instrumentalist Stephen Grant will fill that bill to a tee. For this gig he will be the Janet Seidel Trio’s special guest. Steve she tells me, plays all kinds of music on a variety of instruments including guitar, piano and sax. He has worked with reggae and rock bands and played solo ragtime piano at major jazz festivals.

On his main instrument the trumpet, he has performed with the Moscow Circus, in classical Chamber music concerts, and with such great Australian artists as Kate Cebrano, Julie O’Hara and Barney McCall. 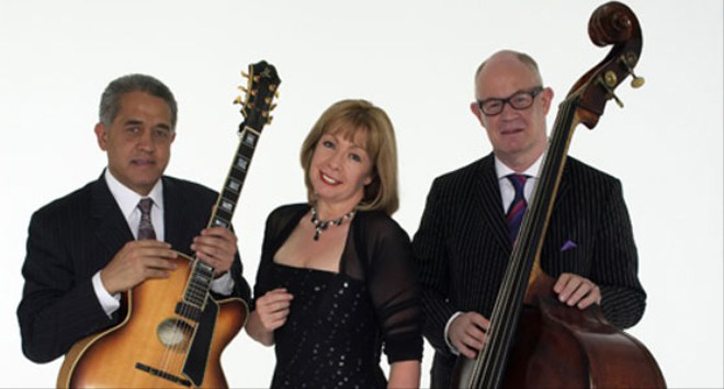 Janet has been preparing to record some more songs with her trio recently, using her favourite recording microphone the Rode NT 2000. She also tells me that two titles from her back catalogue are now once again available, ‘Dear Blossom’ and ‘Don’t Smoke in bed’!