Crime novels, like everything else, go in and out of fashion – what was hip yesterday can be decidedly unhip today.

In the book trade, publishers decide which writers hipness (for hipness read sales) guarantee they are constantly in print.

A paucity of readers, death to a writer, particularly a crime writer, times change and so does the technology used in crime detection.

How much easier would it have been for Ms. Marples or Holmes Esq. if they had been able to I.D. the bad guy with a soupcon of DNA or pop an electronic tracking device in a person of interest’s SUV?

The answer is: a whole lot easier.

A lack of modern crime fighting equipment though doesn’t mean there aren’t some out of print mysteries by good writers that are begging to be re-discovered and re-published.

Murder In The Telephone Exchange by Australian writer, June Wright (1919-2012) was first published in 1948. It was June’s debut novel and was very well received – the best selling mystery in Australia that year, it outsold the Queen of Crime, Agatha Christie. Verse Chorus Press has recently re-published Murder In The Telephone Exchange under their imprint: Dark Passage.

The story stars young tell-it-like-it-is telephonist Maggie Byrnes, a girl who knows a thing or two about the working of a telephone exchange, as did the author, June Wright who after leaving school worked at the Central Telephone Exchange in Melbourne.

Switchboard operators were all powerful in the days before automatic exchanges; they could make or break your day or call with a flick of the wrist; a broken or wrong connection spelling disaster for a company or heartache for a personal caller.

The atmosphere of a working exchange and the characterisation of the mostly women employees who were always ‘putting-someone-through’ is really well done.

If you can’t remember the 1940’s or weren’t around (it was 66 years ago) then you will be intrigued by the description of life at the exchange – the staff canteen, the gossip about the unfortunate spinsters who hadn’t achieved every  woman’s dream, a husband and oh-my-goodness tea ladies – an endangered species that didn’t survive the 1960’s.

Maggie narrates the story and when with friend, Mac, she discovers fellow worker, Sarah Compton brutally murdered at the exchange, she is horrified.

Sarah’s head has been bashed in with a ‘buttinsky’, a piece of equipment used to butt in or listen in on calls.

Maggie is interviewed by the police and can’t help telling the truth – Sarah Compton was a prying busybody, disliked by everybody that made her acquaintance. After giving her statement, Maggie goes home, taking prescription medicine to ensure that the still vivid memory of Sarah’s face is blotted out by sleep.

Repelled but intrigued by the murder, she notices two of her fellow employees acting oddly and although horrified by the circumstances of Sarah’s death decides to play sleuth.

Maybe this is a good idea but it’s certainly not a great one, and it’s not too long before the police suspect Maggie of being involved in Sarah’s murder. 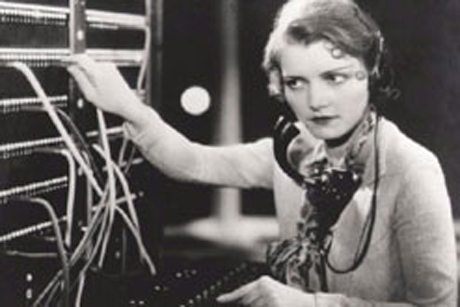 When one of Maggie’s friends is murdered, the cops do a re-think and Maggie, afraid for her life, in an exciting conclusion makes a connection at the exchange that identifies the murderer and solves the mystery.

In a time when young women were called ‘young ladies’ (they had better be or risk being ostracised by society) the plot includes a love affair that defies convention – illicit love affairs were in the 1940’s, as ever, part of society’s rich tapestry but rarely were they spoken or written about – quite daring of author, June Wright.

For a debut novel, Murder In The Exchange is really well done.

Peppered with psychological suspense and the realistic ambiance of young women living in boarding houses, working in jobs of little moment, marking time until that gold wedding band was finally placed on the second finger of their left hand.

It is a fascinating part murder mystery, part social history. I caught up with Steve Connell of Verse Chorus Press and asked the questions below on VCP’s future direction:

Q1. What is the motivation behind a US Portland, Oregon publisher, Verse Chorus Press decision to re-publish the mysteries of June Wright, a fifties Australian crime writer… is there an Australian connection at VCP?

There is an Australian connection, for sure.

I had previously worked in the music business and my partner, Katherine Spielmann, had edited an indie music magazine called Puncture.

It just so happened that a good number of our friends and contacts in the music world were Australian, and that led us to publish, for example, biographies of Australian musicians/bands such as the Go-Betweens, the Church, and AC/DC singer Bon Scott.

Katherine and I were also longtime crime fiction fans, and it turned out that some of our Australian music friends were, too.

I’m thinking especially of Bruce Milne, who ran a famous Melbourne record shop and label called Au Go Go in the 1980s and 90s, but also opened mystery bookshops in Sydney and Melbourne under the name Kill City.

He turned us on to the series of crime novels by Peter Doyle, set in post-war Sydney and winners of several Ned Kelly Awards, and we set up the Dark Passage imprint within VCP initially to publish his books in the USA.

We’re now Peter’s Australian publisher too, and will be publishing a new book in his Billy Glasheen series in early 2015.

Then a couple of years ago another of our Melbourne music contacts, David Nichols, the author of a 600-page history of Australian rock and pop music which we’ll be publishing next year, sent me the obituary of June Wright.

This included the information that her family were looking to republish her books.

I got in touch with her son Patrick, and we began the project by reissuing Murder in the Telephone Exchange in early 2014, with the others to follow over the next 2 years. So far, Dark Passage has published 4 authors. Two are established living authors — the aforementioned Peter Doyle and American writer Arthur Nersesian, who has 9 previous books to his name.

The third is June Wright, whose books we’re republishing. And the fourth is a newcomer, G.S. Manson — also Australian.

We published his debut, Coorparoo Blues and the Irish Fandango, in 2013, and there’ll be a new book in his planned series featuring Brisbane P.I. Jack Munro later in 2015.

We’re currently reading manuscripts by a couple of other new authors, as well as thinking about more reissues of forgotten classics.

But we’re still a very small press, and have to make sure we don’t get too far ahead of ourselves — we’re already fully committed for at least the next 2 years and probably more!

Here’s what’s in the pipeline for the rest of this year and next.

Peter Doyle–“Suburban Noir: Police Crime Photos from the 1950s” (the follow-up to his much-praised “City of Shadows: Sydney Police Photographs, 1912-1948″) 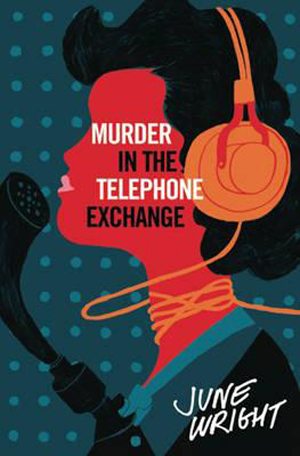 “On the Fly: An Anthology of American Hobo Literature”

June Wright, a Melbourne housewife and mother, went on to write other books including three featuring a nun detective, Mother Paul.

June died in 2012 at the age of 92 and her books, quite unjustly, have been forgotten.

Dark Passage – Verse Chorus Press are republishing a range of her books – the next, a previously unpublished book, Duck Season Death.

Thanks to Verse Chorus Press for the re-discovery of Murder In The Telephone Exchange – it’s a real bonus for fans of murder and mayhem everywhere.