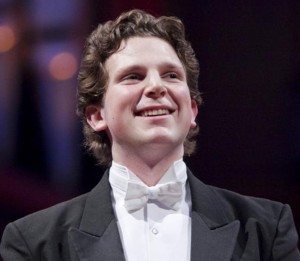 On January 27, 2014 Queensland born pianist Jayson Gillham played a solo recital sponsored by The Keyboard Charitable Trust at Wigmore Hall, one of the world’s top recital venues with a unique place in London musical life. In March 2014 Jayson Gillham will arrive in Australia and play solo recitals at Melbourne.

Winner of the UK’s coveted Gold Medal as the 2012 Commonwealth Musician of the Year, Jayson will play a varied program of works carefully constructed to show off not only his innate sense of musical style but also his wonderful craftsmanship. Jayson Gillham‘s program features Ludwig von Beethoven’s wonderful Sonata No 28 in A major, Op 101.  Sir Mark Elder commenting on Jayson’s playing of Beethoven in Leeds, UK said Gillham “plays Beethoven in a very open, honest, secure way – with a sort of “glow” … always a lovely sound – gorgeous.’

Beethoven remains perhaps the most influential and greatest of the composers who bridged the gap between the neoclassical and romantic eras in Western art and music. His Sonata No 28 in A major is a personal, intimate piece of music that reveals his mastery of tone and texture, composed during the summer of 1816, he was completely deaf by this time so that his achievement in producing music of this quality and beauty ensures his legend will live on. 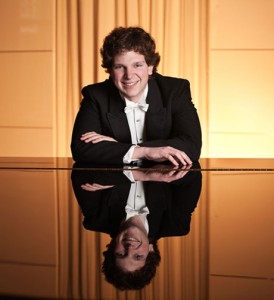 Jayson Gillham will also make his debut performance with the Melbourne Symphony Orchestra on the 14th March, 2014. He will appear as a soloist also playing Beethoven’s Piano Concerto No 2. He will be opening and closing the concert with two masterpieces blazingly alive with the fiery rhythms of Czech folk music by Antonin Leopold Dvorák (1841-1904). BOOK NOW. 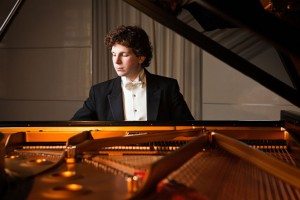 At his final appearance on Saturday 15th March at Melbourne  Jayson Gillham will play for Scotch Arts, Ian Roach Hall at Scotch College, Hawthorn. It’s a stunning program including his interpretation of Frédéric Chopin’s Etudes Op 10. Gillham is the only Australian ever to reach the semi-finals of the Chopin International Piano Competition organised by the Fyderyk Chopin Institute, He did this in 2010 aged 23 and was one of eighty-one pianists from 23 countries competing for honours. He equipped himself with great elan. Chopin’s Études are three sets of solo studies at the foundation of technical piano playing. Radical and revolutionary when they were published in 1833, they elevated musical form giving it artistic ennoblement. Download Scotch Arts 2014 Season Brochure. BOOK NOW