Australian born London based pianist Jayson Gillham has advised that as part of the Bloomsbury Festival (18-22 October) at the Conway Hall London on Saturday 21st October, he will travel through the landscape of intimate to epic works by German composer Johann Sebastian Bach (1685 – 1750) covering the period of the Baroque to the Romantic era. Today famous for his Brandenburg Concertos, his Well-Tempered Clavier, his wondrous Cello Suites, his St John’s Passion and more, the ‘incorrigible cantor’ JS Bach is also renowned for a stubborn will and high temperament. He was an earnest German protestant who remained unflinchingly faithful to the religious beliefs, which governed his life and musical output. Losing both parents aged ten would have had a huge impact on his persona, looked after by a kind elder brother or not, would have surely caused him to internalise his emotions and express them most through passionate pictorial symbolism of his music.

There were many members involved in music in the Bach family of musicians, who are unrivalled in the history of music. At one point over fifty family members were involved in the musical life in Weimer, Erfuret and Eisenach; Thuringian territory a relatively small German country.

By the time he was seventeen Bach was a proficient organist, who then turned away from the secular string-playing tradition of his immediate ancestors; becoming a composer and performer of keyboard and sacred music.

He highly developed his skill at bringing together principal styles, forms, and national traditions of music from preceding generations to enrich them all with new life and sound.

“I have had to work hard; anyone who works just as hard will get just as far” he said, indicating his craft was not unique but learnable… in an age when good taste expressed both an immutable quality of discernment, criticism and perception… was unteachable and unlearnable.

Over the course of his lifetime Bach produced compositions that were dense with musical imagery, achingly tender, startlingly powerful and quite unique; masterpieces produced with both conviction and clarity.

When we enter the ‘castle of heaven’ in which he operated on a daily basis, we can feel sometimes overwhelmed by the genius and sheer majesty of his works that reveal his considerable ability to manipulate music’s emotive and transformative powers.

There is little to tell us about Bach’s private life and in that regard perhaps he will always remain an enigma; Albert Einstein cautioned – listen, play, love, revere.

Our curiosity does not always reveal what we want to know and perhaps we will have to remain content with approaching the man through the complexity of his music alone. Jayson Gillham has chosen some of his ‘favourite most compelling solo Bach works’ while adding a ‘healthy dose of ‘transcriptions by 19th and 20th century composers.

It is an extraordinary program for a unique recital, one which includes ‘Sheep May Safely Graze’ by Egon Petri and ‘Jesu, Joy of Man’s Desiring’ by Myra Hess and his Chaconne from Partita in D minor BWV1004 by Italian pianist composer Ferruccio Busoni (1866–1924). 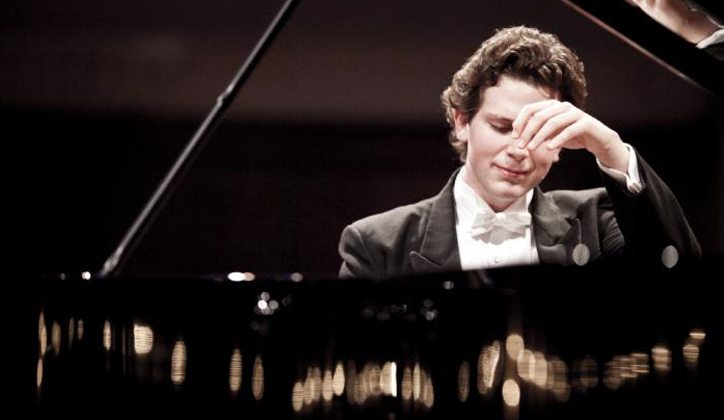 “… the Chaconne is for me one of the most wonderful, incomprehensible pieces of music. On a single staff, for a small instrument, the man writes a whole world of the deepest thoughts and the most powerful feelings. If I were to imagine how I might have made, conceived the piece, I know for certain that the overwhelming excitement and awe would have driven me mad” he said.

Jayson Gillham will kick start his program each side of interval with a Toccata from the master, a virtuoso piece of music featuring fast-moving, lightly fingered or otherwise passages or sections that also generally emphasize the skill at which he is able to interpret the master’s intentions.

He will play two Prelude & Fugues by Bach, one interpreted by Hungarian composer, virtuoso pianist, music teacher, arranger and organist Franz Liszt, which always sound extraordinary and quite incredible when played on an organ, let alone on a warm and expressive Bösendorfer grand piano.

Makes me want to jump on a plane and soar off to London!

I love a good read, and just recently this fabulous font of information crossed my path. “The Gentleman’s Guide To Cool” by Paul Giles, from Style Shift in Adelaide, is a must for any man, young or mature, single or taken. Think of it as the ultimate “go to” tome…