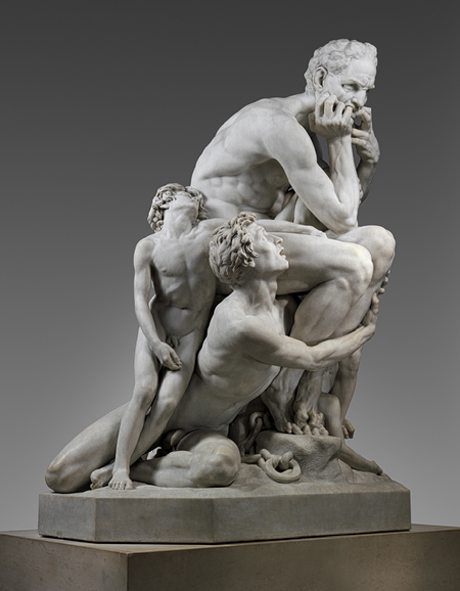 The passions and skill of the drawing master, painter and sculptor Jean-Baptiste Carpeaux (1827–1875) are revealed for everyone to examine in an exhibition now running until May 26, 2014 at The Metropolitan Museum of Art in New York, organised in collaboration with the Musée D’Orsay at Paris.

The show The Passions of Jean-Baptiste Carpeaux will be exploring the work of this gifted artist, during the heady atmosphere and regime of the ‘Second Empire in France (1852- 1871). This is the first exhibition of Carpeaux’s work held anywhere in over three decades.

Carpeaux is considered the greatest sculptor in 19th century France before Francois-Auguste Rodin (1840 – 1917) .

His talent was both a gift and a curse, for Carpeaux was by nature a truly tormented soul, one who imbued his work with ‘strong movement and visceral drive’.

Carpeaux’s life was fraught with traumatic events, violence and fatal influences. Highly emotional at times, he was drawn to extremes as he strove for, and achieved extraordinary anatomical realism in his works, especially those seeking to capture flesh and blood in stone.

What he and Rodin had in common was that they came from working-class districts, Rodin’s at Paris, Carpeaux’s at Valenciennes. The show has been curated by James David Draper is the Henry R. Kravis Curator in the Department of European Sculpture and Decorative Arts at The Metropolitan Museum of Art and Edouard Papet is chief curator of sculpture at the Musée d’Orsay, Paris.  They have also produced a book to accompany the exhibition.

The curators of both institutions who admire the master artist’s work, are devoted to revealing just how influential Jean-Baptiste Carpeaux was in helping to define the atmosphere of the age he lived in.

It was a time of political upheaval as President of the Republic Louis-Napoleon (1808-1873) was suddenly proclaimed Napoleon III, Emperor of the French in 1852.

Re-establishing the system that had seen France prosper at first under the rule of his uncle Napoleon 1 was an extraordinary decision, especially as two previous attempts had failed spectacularly. But there it is, the new Emperor it seemed wanted to project the perception ‘the Empire means peace’. Man on a balcony overlooking the Boulevard Haussman at Paris painted by Gustave Caillebotte 1880, sold at Christie's for US$14.3 million in 2000

He promoted the building of a modern France and set about reconstructing the city of Paris in 1853, choosing Baron Haussmann to carry out a program that created the generous and grand boulevards and squares we know so well today.

Few works are more evocative of modern life or present a more powerful “portrait” of the newly renovated French capital than Gustave Caillebotte’s image of a well to do gentleman, overlooking the Boulevard Haussman at Paris in 1880.

Napoleon III consolidated the railroad system, established new savings and investment banks. All in all he encouraged the spread of knowledge, including an active participation in the world of art, music, languages and sporting prowess.

Growing up in the countryside drawing, a necessary tool of his trade. Jean-Baptiste Carpeaux, during his short, productive career, accomplished a great body of work, sustaining his art at the highest level of quality in drawing, painting and sculpture.

He moved in both artistic and the highest society circles possible, especially after he was granted the great honour of being appointed the art tutor to the only child of Emperor Napoleon III and his wife Eugénie, Louis-Eugène-Napoléon-Jean-Joseph Bonaparte, the Prince Impérial. As a boy Carpeaux was enrolled in the Académie de Peinture, Sculpture et Architecture in Valenciennes. However following his family’s relocation to Paris in 1838, he studied at the École Gratuite de Dessin (or Petite École) until he was 16 in 1843.

Accepted for study at the prestigious École Nationale Supérieure des Beaux-Arts in 1844, at first Carpeaux learned from Romantic sculptor François Rude, until he abandoned Rude’s studio in 1850 transferring within the school to work with Francisque Duret.

A member of the Institut de France from 1845 Duret was renowned for having won the Prix de Rome in 1823 and became an Officer in the Legion of Honour in 1855.

Carpeaux flourished under Duret’s tutelage, achieving an honorable mention for his Achilles Wounded in the Heel) in the Prix de Rome competition of 1850.

In 1854 he won the Prix de Rome himself, with his great group Hector and His Son Astyanax, both of which are now in the Musée des Beaux-Arts, Valenciennes.

Studying at the French Academy in Rome for a year in January 1856, Carpeaux then began a five-year period completing complex sculptures and bas-reliefs at Villa Medici, refining both his skills and taste for ancient and modern art.

Drawings today at Rome reveal that Carpeaux sketched his surroundings constantly, incorporating many poses he observed in the works of Michelangelo.

During the first year he was at Rome each sculpture student was meant to produce a marble copy of an ancient statue with the help of a practitioner. This is when his first masterpiece emerged, Fisherboy with a Shell (Musée des Beaux-Arts, Valenciennes) and was exhibited at the École des Beaux Arts in 1858. His career flourished following that period, reaching a pinnacle of excellence between (1862 – 9) when he received many important commissions, working in all mediums.

The boldness and extremely visual vigor of his extraordinary work Ugolino and His Sons, caused a sensation mostly because it contrasted at the time with the highly refined sleek clean neo classical style, which was much in favour and championed without reservation by the French Academy.

The image itself derives from the passage in which Dante describes the imprisonment in 1288 and subsequent death by starvation of the Pisan count Ugolino della Gherardesca and his offspring.

Breaking the rules and going outside the boundaries set by the French Academy instantly made him famous as well as the natural heir for the popular romantic sculptors of the 1830’s. Carpeaux provided an insight into that exact moment when Ugolino, condemned to die of starvation, yields to the temptation to devour his children and grandchildren, who cry out to him. It is a cautionary tale and reflects the reverence that Carpeaux held for the inspiration provided by all the sculptors since antiquity, especially Michelangelo, evident in his careful rendering of the anatomical detail.

The sculpture literally caused a sensation in Rome, resulting in many commissions for Carpeaux.

It was April 1869 when Carpeaux married Amélie de Montfort, the twenty-two-year-old daughter of the Vicomte de Montfort, a retired general and they had two sons together although he would not see them grow old.

During the Emperor’s lying-in-state, just two months prior to his own death in 1875, Carpeaux executed a posthumous portrait of Napoleon III in 1873 and subsequently was awarded the Cross of the Legion of Honour.

The heroic novelist of the his age Alexandre Dumas said of Carpeaux that he was ‘more alive than life itself’. The Passions of Jean-Baptiste Carpeaux

The first full-scale exhibition in 39 years devoted to Carpeaux (1827–1875), it features about 150 works including sculptures, paintings, and drawings, which are organized around the major projects that the artist undertook during his brief and stormy career. Major international loans that have never before traveled to the United States, or have not been here for decades, come from the Musée d’Orsay; Musée des Beaux-Arts, Valenciennes (Carpeaux’s birthplace); the Louvre, Petit Palais, and other French institutions; and the Ny Carlsberg Glyptotek in Copenhagen. Important loans also come from the Getty in Los Angeles and from private collections.

There are a number of related events. 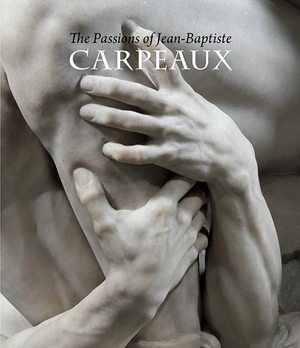 The book The Passions of Jean-Baptiste Carpeaux by James David Draper and Edouard Papet, with Elena Carrara, Nadège Horner, Laure de Margerie, Jean-Claude Poinsignon, and Philip Ward-Jackson, covers the entire span of Carpeaux’s career. It includes the masterpiece Ugolino and His Sons, newly discovered drawings, and a number of rarely seen or studied works.

Previously unpublished letters between Carpeaux and his family and friends, a wealth of archival material, and the most detailed chronology of the artist’s life ever published make this book the definitive resource on the artist and his creations.