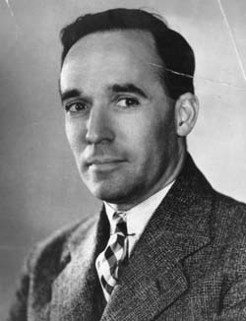 Known for his ground-breaking film techniques, Darling Downs film-maker Charles Edward Chauvel (1897 – 1959) has been inducted into the Queensland Business Leaders Hall of Fame recently in recognition of his pioneering contributions to the Queensland and Australian film industry, along with his determination as a businessman. To honour his name and memory the State Library of Queensland will hold a screening of his influential film Jedda (1955),which was both a landscape picture and a psychological study of human behaviour. The story was a first, about an Aboriginal teenage girl Jedda who is raised by a white squatter family and desperately wants to learn about her Aboriginal culture. It was the first full colour Australian film, the first Australian film to be screened at Cannes Film Festival, and the first Australian film to star two indigenous Australian actors. I remember it well, including the huge impact it had at the time. It was Chauvel’s final movie and perhaps his greatest. It set a standard for all young film makers to aspire to as Chauvel had a heroic vision of Australia ‘as a grand and exotic land, peopled by spirited sons of the soil’. 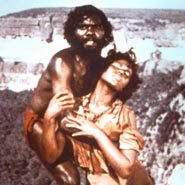 It was a tragic story and Ngarla Kunoth who played Jedda, was an illuminating presence on screen. Robert Tudawali compellingly played an Aboriginal man from the bush named Marbuck, who ultimately dragged Jedda with him as he suicided of a cliff. Chauvel went through hell and high water to get the story on the new medium of colour film, which at the time could only be processed overseas in England. The last roll of negative was destroyed in a plane crash on its way there and he had to reshoot the scenes again, not in the Northern Territory as previously, but in the Blue Mountains. It wasn’t a time when there was a great deal of financial support around for Australian stories but Chauvel created his own legend as an independent maverick producer, carefully lobbying and cultivating people as he dragged every inch and dollar out of the support available. 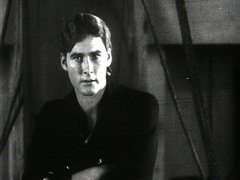 State Librarian Janette Wright “Chauvel contributed significantly to Queensland, discovering well-known talents such as comedian Chips Rafferty and the swashbuckling Errol Flynn, who he directed in his “In the Wake of the Bounty’ (pictured) “The screening of Jedda at State Library allows people the opportunity… to learn more about one of our state’s memorable leaders… Chauvel’s films are an important part of Australia’s history and State Library is dedicated to embracing and sharing Queensland’s contribution to Australia’s story.” Jedda on 20th August – It’s FREE CLICK FOR BOOKINGS or phone 07 3840 7768

Masterpieces from the Hermitage: The Legacy of Catherine the Great at the NGV will showcase 500 + works from The Hermitage Museum from 31 July – 8 November 2015