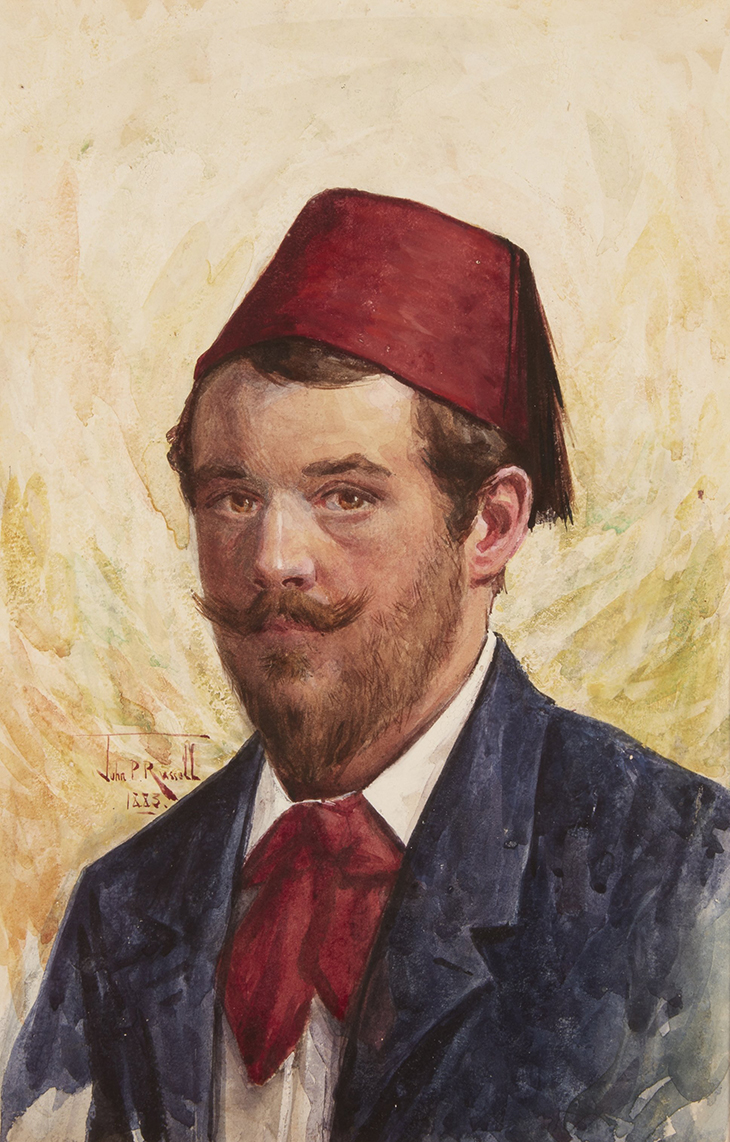 John Russell: Australia’s French impressionist, an exhibition bringing together 120 paintings, drawings and watercolours, many drawn from private and public collections around the world will go on display July 21 – November 11, 2018 at the Art Gallery of New South Wales, Sydney, alongside works from their own collection.

There will be a full program of special public events during the exhibition.

At the edge of the avant-garde and considered an enigma in the history of Australian art, John Peter Russell (1858-1930) who began his restless search for his own ‘art’, is remembered as ‘warm-hearted, a man for whom friendships were important.

From portraiture to subject painting, with skill and vision, he expanded his knowledge as a colourist, grinding his own colours to suit his preferred palette. 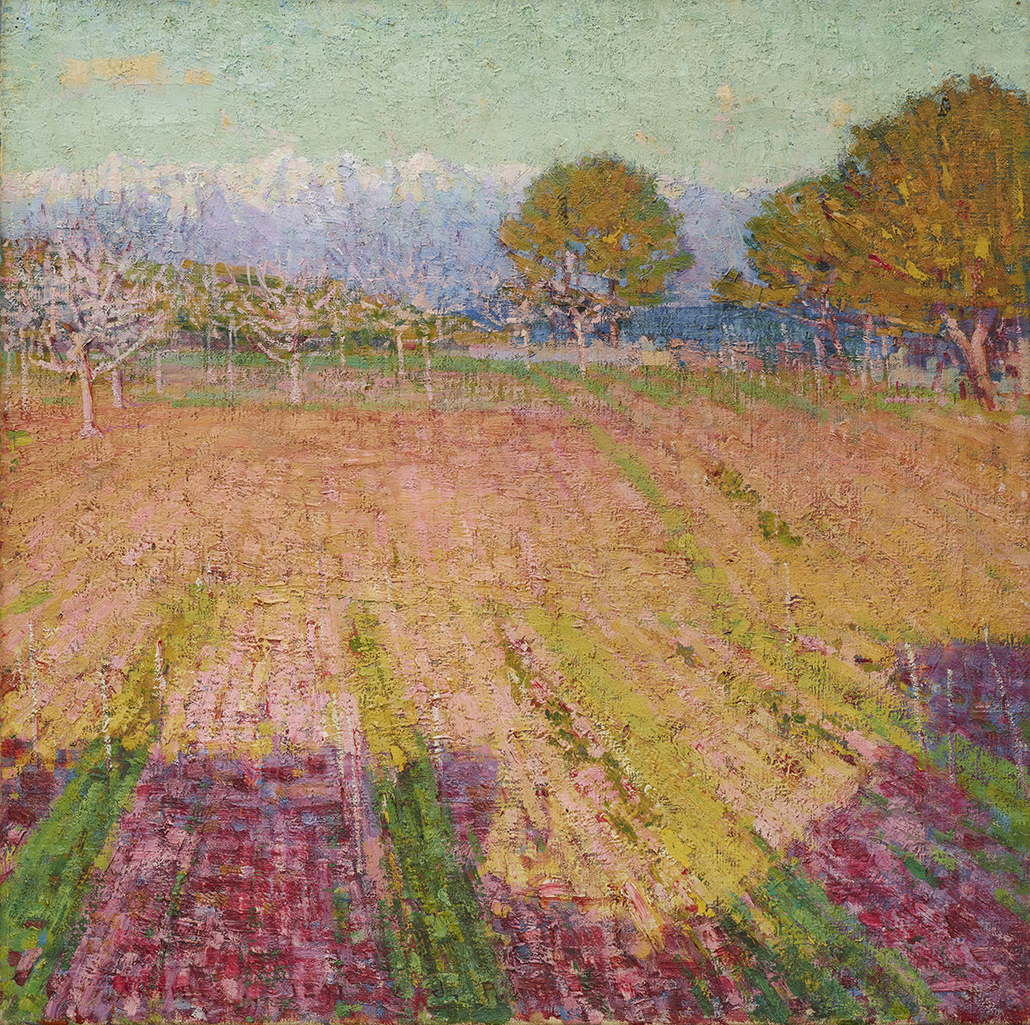 History tended to forget his contribution. Today however, John Russell is now represented in all the main Australian art galleries.

His engineer father had migrated to Australia before his talented son was born and while he encouraged his interest in art, he expected his son to follow his footsteps into his engineering firm.

Dying suddenly and unexpectedly, he left his son a considerable legacy enabling him to choose his career. He enrolled and left to study at the Slade School of Art in London asap. Following his graduation he led a roving life, living in London, Paris, Belle Ile off the coast of Brittany in France and New Zealand for a two year period. He then came back home to finally settle in Sydney with his wife and children. 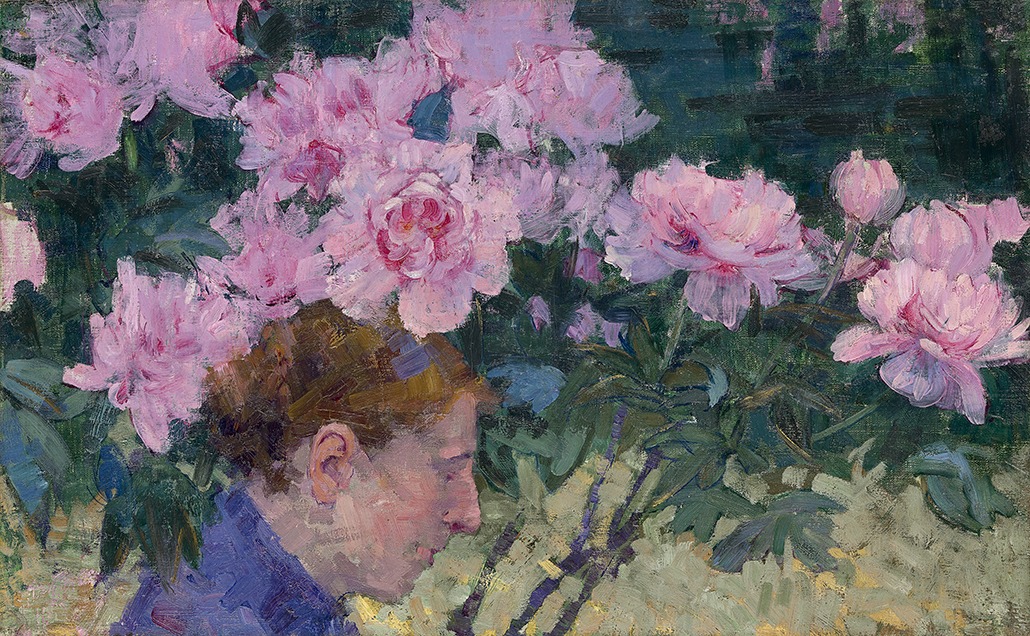 Supported by the Van Gogh Museum, Amsterdam, the Musée d’Orsay, Paris and Philadelphia Museum of Art, Art Gallery of NSW director Dr Michael Brand said, “I am especially grateful to my colleagues at European and North American art museums who have supported this ground-breaking exhibition by lending significant works by both John Russell and his French friends and peers.”

By the mid nineteenth century Paris had become the major destination for leaders of society on their way to Rome because it was widely recognised as being at the centre of all things artistic. They wanted to steep themselves in its atmosphere and traditions.

It is not surprising enthusiastic young Australian artists were drawn to see, live and work in the city that had become renowned for being one of the most ‘romantic’ in the world, helping to change the view of its artistic visitors and influencing the works they produced forever. 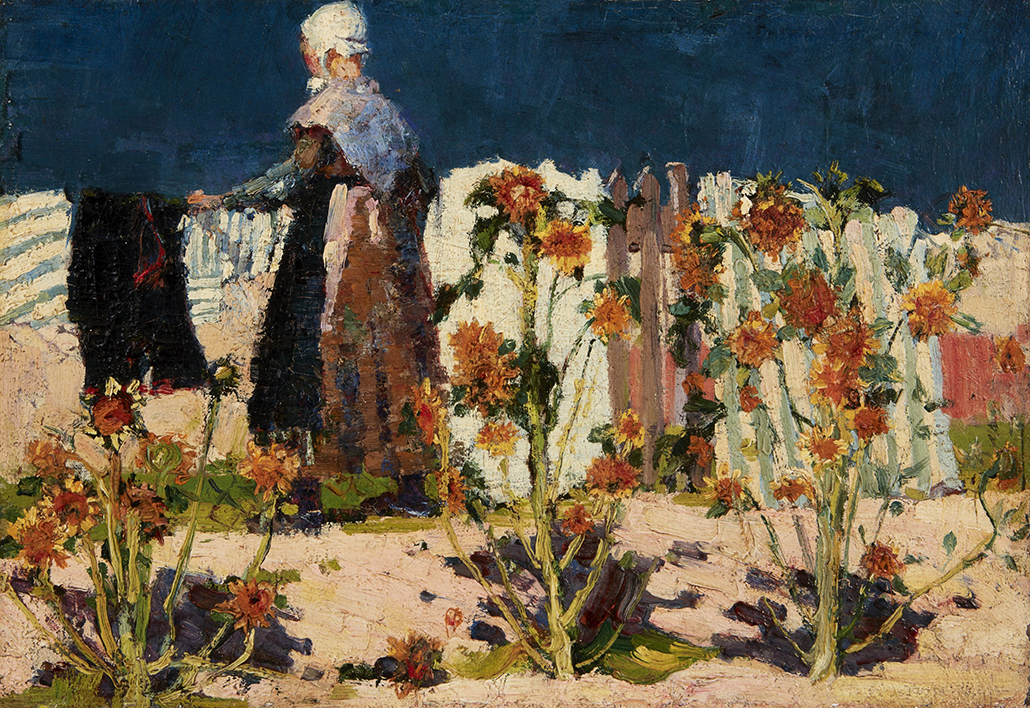 John Russell, now known as Australia’s French Impressionist, was not only working in Paris, but also making friends with some of its most famous and formidable artists at the time. They include painter Vincent van Gogh, Claude Monet and sculptor Auguste Rodin. Russell is also known to have taught colour theory to Henri Matisse. 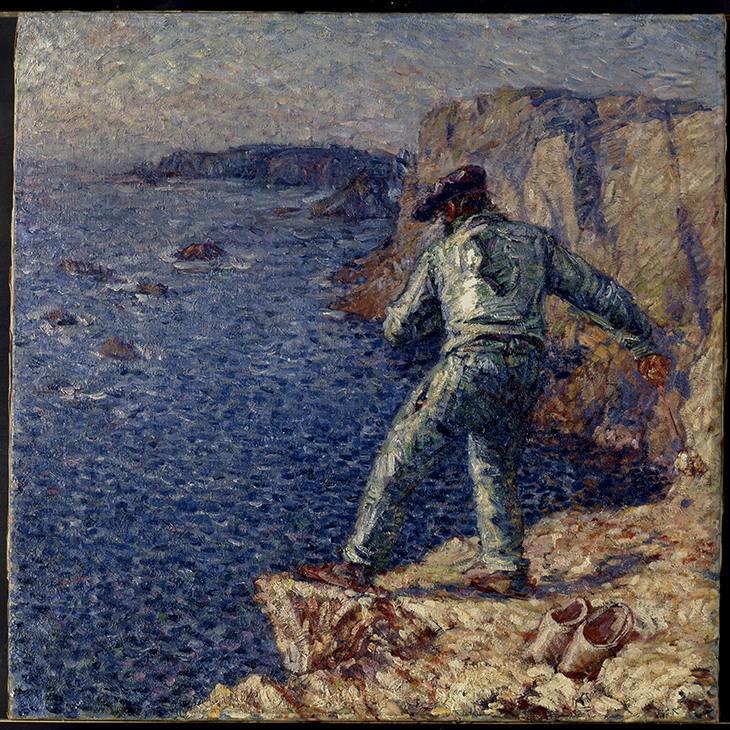 “The John Russell exhibition is a dream project for the Art Gallery of New South Wales, giving us the chance to explore a moment of great artistic creativity in Europe through the lens of a Sydney-born Australian artist,” Dr Brand also added. Baron Haussman’s modernization program for the city of Paris, which had taken place during the 1860’s under the direction of Napoleon III, was by the time of the ‘beautiful era’ La Belle Epoque (1890-1914), an important innovation.

Exhibition curator Wayne Tunnicliffe noted “In all the time he was overseas, Russell never forgot he was Australian and yet his Australianness does not reside in such clichés as his adventurous spirit, his renowned athleticism or bold painting but in his internationalism, at a time during the late 19th century when the most ambitious new-world artists sought to test themselves against the old-world art capitals,”

John Russell was an innovator, not afraid to explore the unexplored or experiment with new techniques and unusual combinations to achieve a striking effect. Beauty and innovation were important. 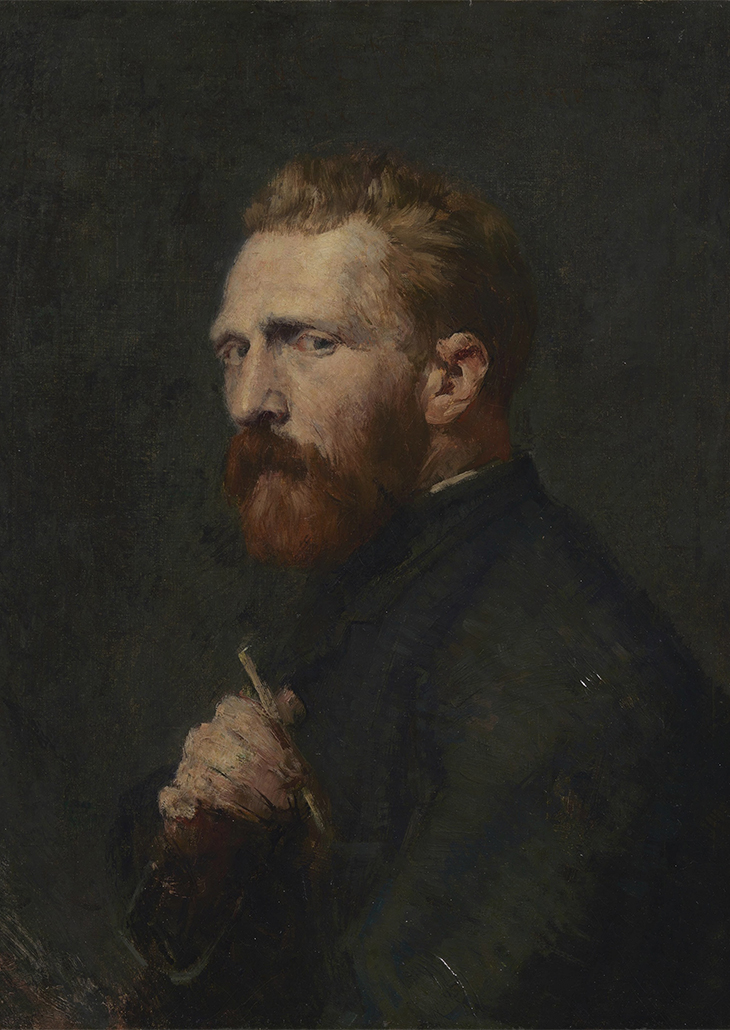 Tunnicliffe went on to add “Russell’s move to Europe was an enterprise fraught with risk but the reward was the freedom to paint at the edge of the French avant-garde – all the more remarkable for someone born so far away,” he said

Highlights will include an 1886 portrait of Vincent van Gogh displayed next to Vincent Van Gogh’s Self-Portrait with felt hat painted 1886-87, reveals the close relationships between their two practices at the time.

Twelve Russell paintings from the Musée d’Orsay at Paris will also include works not shown in Australia before. 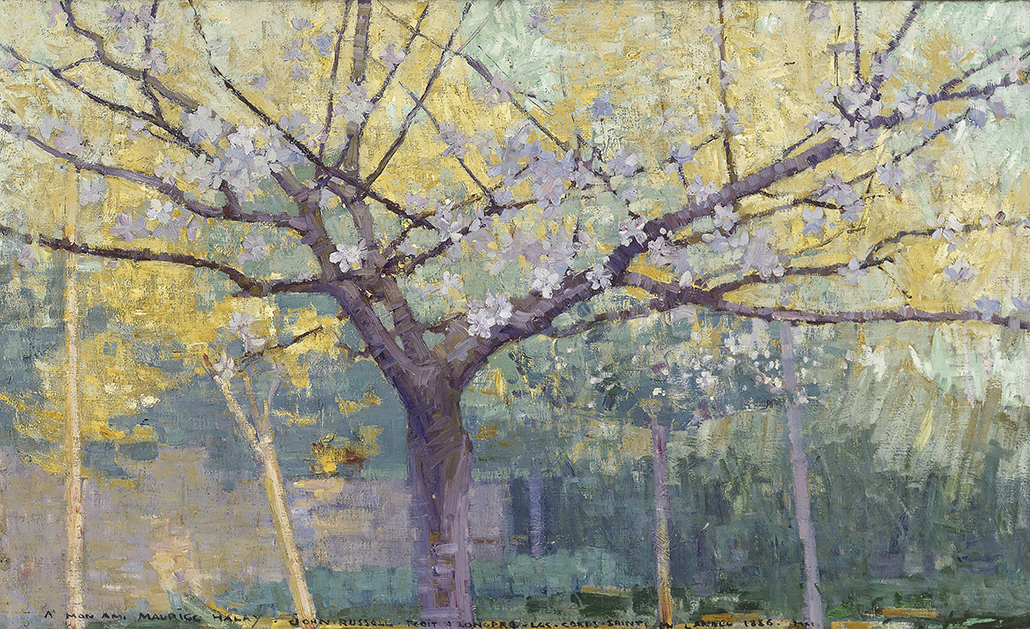 Exploring John Russell’s role as both a collector and patron, through works he is known to have owned by his many artist friends, will also be a feature of this landmark exhibition.

I’m not usually a white wearing kind of chick, I always find myself on the dark side of fashion. So why am I gravitating towards my more angelic angle? As we start to move out of the bleakness of winter and a little sunshine sprinkles it’s way into our lives….