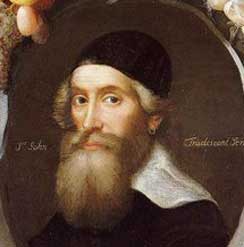 The first botanical garden in England established in the seventeenth century had elaborate Italianate fountains, and statues, which were also becoming fashionable, particularly in Royal gardens. Travellers were bringing back seeds and bulbs and the Tradescant family in Lambeth made one of the first great collections of foreign plants. The two John Tradescants, father and son, played an important role introducing and growing many new plants into England. They were true plant collectors in every sense of the word. John the Elder, found plants in Europe, North Africa and Russia, as well as obtaining them through the Virginia Company in North America,  He travelled to the Low Countries and brought back cherries, quince, medlars and Provins roses for the Gardens at Hatfield, the home of the Cecil’s. John the Younger brought back trees, shrubs and perennials collected on his three trips to Virginia. 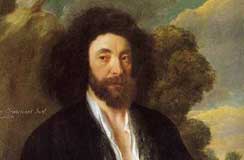 The portraits of the father and the son were painted by Emmanuel de Critz. The likeness of the Elder is also carved on a newel post on the Grand Staircase at Hatfield, and a mulberry tree planted by him still lives in the garden there. The listed contents of his purchases are astonishing. Between 1610 and 1615 we know included among them were tulip bulbs for 10 shillings per hundred. The garden established by the father and son at Lambeth became famous and was well documented. We have been left with an incredible record of most of the plants known at that time. They were the first to grow many of flowers listed in England, with surplus plants given off for sale. As well as working for the Cecil’s at Hatfield they worked for the Royal family in the gardens at Oatlands and for Queen Henrietta Maria at St. James’s Palace. They had a museum at Lambeth – Tradescant’s Ark (listed as Museum Tradescantianum in 1656) and this eventually formed the nucleus of the now famous Ashmoleon Museum in Oxford. John the Younger on his expeditions brought shrubs and climbers and perennials from the New World. The Tradescant Rose is one of a number of flowering plants named to honour them. 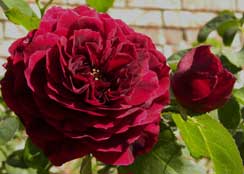 Viktor & Rolf, Sarah Burton for Alexander McQueen & historic costume by the House of Worth are featured in The Met NY exhibition, Masterworks: Unpacking Fashion