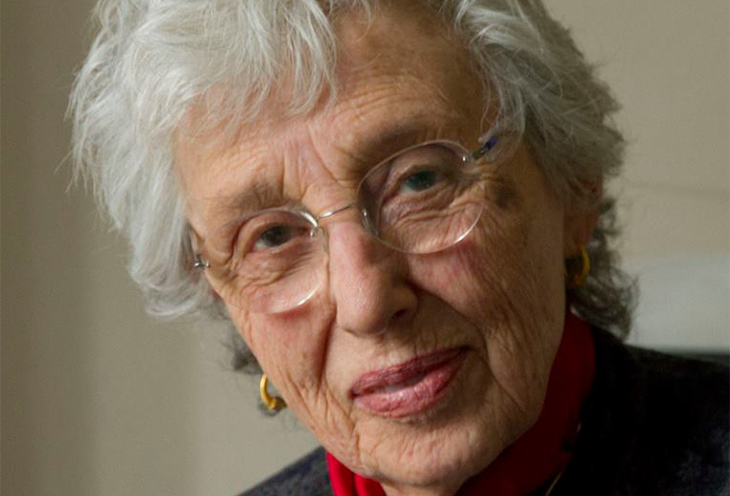 Vale Joyce Evans (1929-2019), Australian photographer of influence and outstanding merit, was also an art historian, gallery director, curator, collector and passionate lecturer. Her catchcry throughout her life was to always to ‘capture the essence of the place’, especially in her landscape photography.

‘Aesthetically, I enjoy the camera’s capacity to record relationships and detail, which my subconscious may perceive, but may not fully see’

Spiritual and psychological aspects of the images she was endeavouring to capture, were vitally important to Joyce Evans. Throughout her life she travelled extensively in outback Australia, as well as the regional areas of Southern France, while pausing in the ‘old Jewish cemetery in Prague’.

Her photographs of the latter became the subject of one of her last exhibitions. 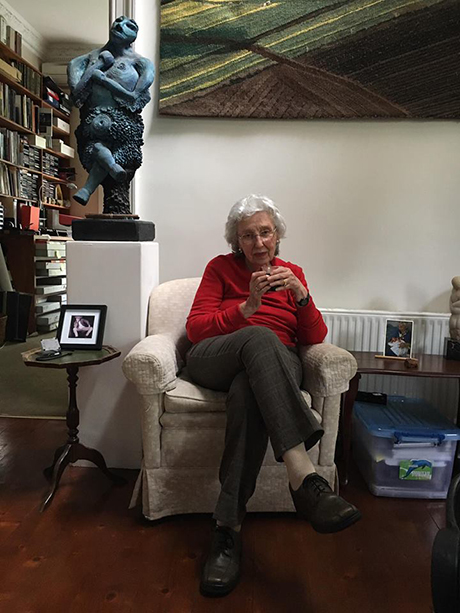 Joyce had the gift of seeing and recording both the beauty and ugliness of landscape vistas, small details often overlooked, dismissed as being of little consequence.

Framed with care and precision each silver gelatin print is, in itself, a pleasing often beautiful prism of the panorama to be seen from the edge of a road.

Close inspection often told a different story about vegetation struggling to survive or indigenous species, which were suffering under the burden of climate change.

Joyce studied painting with Australia’s living legend, John Olsen at the Bakery Art School, Sydney in 1967–68. His influence first made her aware of the power of the edge of an image, to relate to what was not shown, a premise informing many of the images she displayed in exhibitions around the country and overseas.

Her career as a leading gallerist began when she established the Church Street Photographic Centre in 1976 in Melbourne, introducing audiences to the work of many young and established photographers, as well as internationally renowned photo artists.

She became known internationally as the doyenne’ of Australian photography and her gallery became Australia’s most innovative with an international reputation as she exhibited works by Frank Hurley, Bill Henson, Henri Cartier-Bresson, David Moore, Max Dupain and other renowned photographers.

The opportunity also gave her the impetus to become a collector in her own right. When the Church Street Photographic Centre closed in 1982, Joyce Evans focused on her own photographic work. She worked across a number of photographic genres: portraiture, landscape, and documentary photography. Themes which reoccur are: edge of the road, road kills and the land, all captured in photo essays and photographic work that involve the viewer in prisms of immediate and affecting clarity.

“… I am a camera. The images that emerge with the flow of time are images that live at the edge of consciousness….”

Many of Joyce Evans most acclaimed works now reside in the National Library of Australia in Canberra, the lady herself having helped to catalogue them with a curator sent to assist the process, so she could complete her work of documenting the Australian outback. She was performing this task during the decade while I have visited, introduced to her in 2010 when I came to live here by a mutual friend in Sydney. When I first met her I immediately suspected she had been a bit of a rebel rouser in her day.

We had coffee or lunch together, talking often when I visited her, about what it meant to her to have a career in the medium of art she loved; photography.

Extremely kind, she always had an up front and personal approach, calling a spade a spade; truth being an important aspect of her nature. 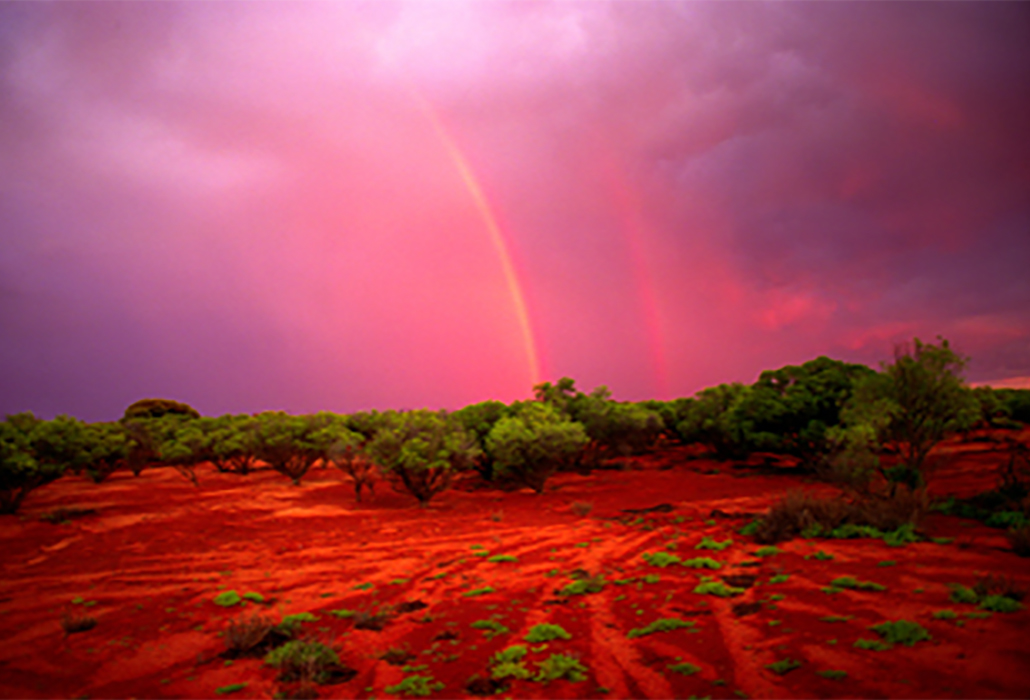 We used to talk about how she taught an ‘appreciation’ of photography as art at Melbourne’s RMIT and the work she completed while being a Research Fellow at Melbourne University (1997-2010), which included founding a course on the History of Photography.

The ties between the arts and cultural development, which we discovered we shared, were always important to her. She invited me to the opening night of two of her last exhibitions, asking if I would write them up, giving me permission to use images of her works, a great privilege.

By the early 20th century photography was accepted into the western art world as a distinctive form of individual and artistic expression. We seldom realize the extent to which it influenced our own cultural development. Preserved for eternity as a fleeting moment, a photograph conveys in a way, that no words can, our sense of purpose. It can also isolate the truth, expose the realities of our time and offer us a different perspective on life and art.

Joyce Evans reputation was built on years in the field and successful selective exhibition with my favourite work, one I encountered when visiting her for the first time in her home at Toorak.

An amazing image of galloping Lippizaner horses, was breath-taking really, with its superbly rendered detail and exciting conception. As I had seen these horses ‘dance’ in Vienna, as a highlight of my years of touring on the continent, I was completely captivated. She had capture that moment in time so that it became an indelible memory.

Passionately dedicated to photography Joyce had many solo exhibitions of both her landscapes and her portraits throughout Australia and Europe during her lifetime.

Today her photographs are held in collections all over the world.

Twice recipient of the IAPP Print of the Year Award, Joyce also won the Hassleblad Masters and she is included in ‘Who’s Who of Australian Women’ and the ‘Worlds Who Who of Women’.

Captured either with a fleeting moment to think about, or reflect on their truth or, chosen and constructed carefully, with integrity, Joyce’s photographs invite and provoke a response. Made up of a diverse, creative and compelling set of images, her works stimulate the senses influencing both ideas and emotions. She recorded many renowned Australian personalities, including Tim Burstall; Dur-e Dara; Robert Dessaix; Germaine Greer; Elena Kats-Chernin; Joan Kerr; Dame Elisabeth Murdoch among innumerable others.

Vale Joyce Evans, I remember you telling me you were passionate about what you described as your heart – the Australian landscape. For Joyce it was a sacred space, where she was always ‘seeking out the beauty, synergy and the spiritual in the everyday’.