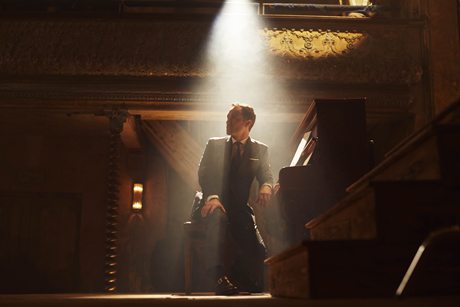 What a wicked combination, Jude Law, Giancarlo Giannini, Johnny Walker Blue Label whisky… and the intellectual ideas associated with a man being a ‘compleat gentleman’, one who can be taken at his word.

Just Jude and Giancarlo’s presence ensures ‘The Gentleman’s Wager” a short film directed by British director Jake Scott and featuring these two very cool dudes, is guaranteed to blend exotic locations, expertise and entertainment into something smooth and silky, despite it being an advertisement! ‘The Gentleman’s Wager’ sees Jude Law in the role of a man who, despite having it all, challenges himself to strive for something he wants that money can’t buy. 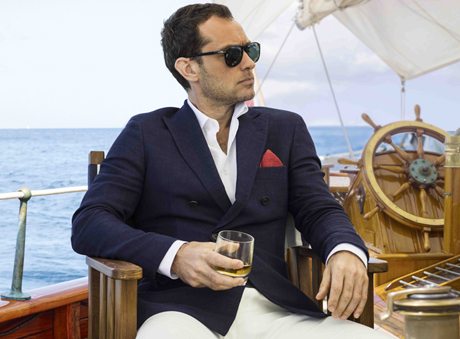 Commenting on his role and involvement, Law observed “The film is about improvement and progress and this is something I try to do in my work and my everyday life.”.

He said “I had to learn new skills shooting this film and that combined with the places we visited and shot in, alongside working with Jake and with Giancarlo, made it a truly rare experience.” It’s a delight when Jude and Giancarlo end up doing a very sweet soft shoe shuffle together.

The film is an experience; one other great advertising firms will sure to take up as a challenge.

It’s based on the premise that all learned gentleman, who have refined manners and ultimate style, can be trusted always to do the right thing by each other.

Heavily influenced by their travels, gentlemen especially in the 20th century when it became de riguer to mosey around the glorious waters of the Mediterranean or Caribbean on very sleek handcrafted yachts, certainly celebrated the good life.

It is one they have striven to achieve ever since.

Shot on location in The British Virgin Islands, Caribbean and London respectively, surely this is the smoothest blend and the coolest ad around…

Jo Bayley, Fashion Editor and Author of Fashion Elixir, a weekly column which appears each Wednesday on The Culture Concept Circle, is taking time out in January for rest and recreation with her family. She’s travelling internationally and will be sure to regale us all with terrific tales from northern…