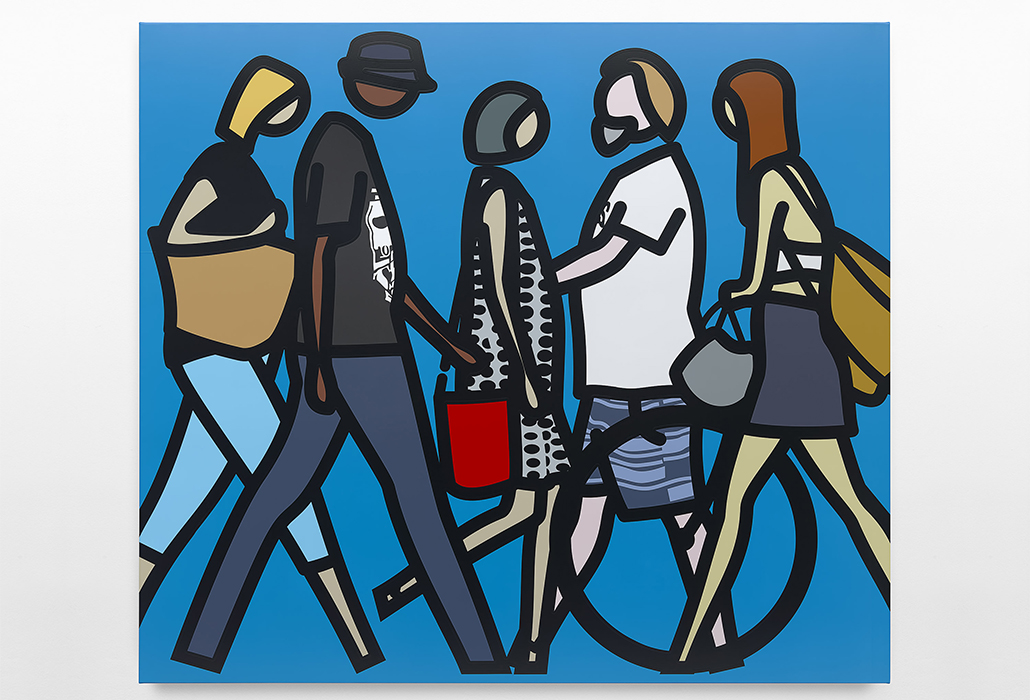 Director, National Gallery of Victoria, Tony Ellwood, noted that after “… graduating from art school in the early 1980s, influential British visual artist Julian Opie (b.1958 – ) burst onto the London art scene and began by developing a minimalist pared back approach to painting, sculpture and film” he said. 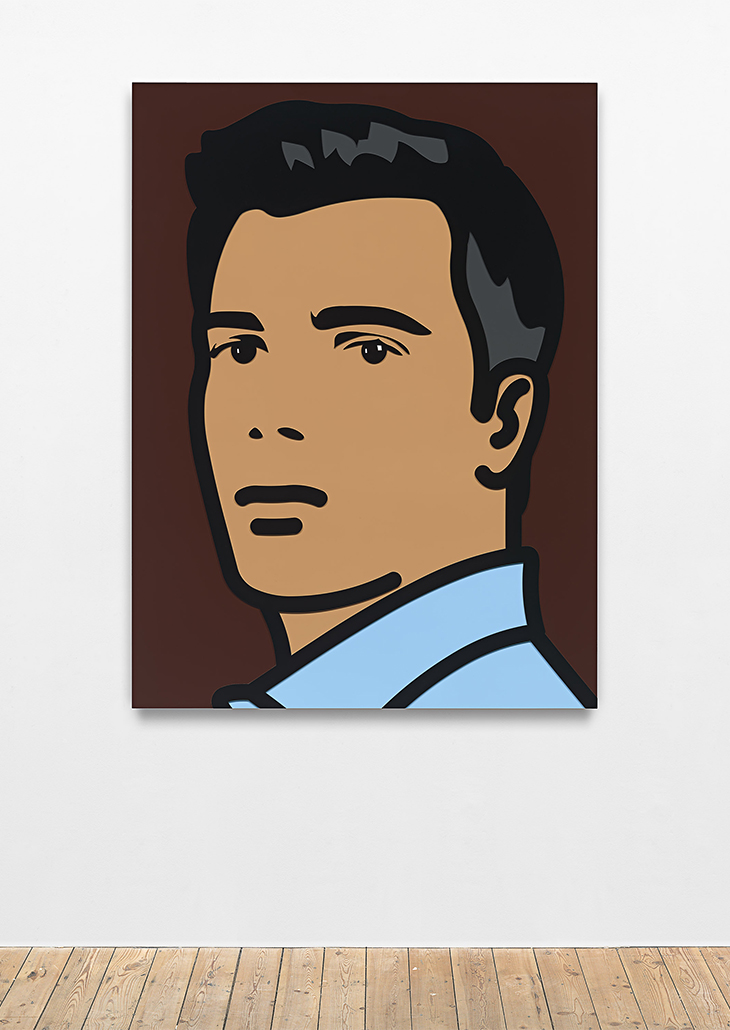 The exhibition Julian Opie and the custom made Julian Opie: Studio for Kids will be on display from 9 November, 2018 – 17 February, 2019 at NGV International, the artist’s first major Australian showing of his work. It will survey more than forty of the artist’s animated and moving image works, from 1993 to the present day.

Julian Opie attended Chelsea School or Art, Goldsmith’s College of Art and exhibited at the Institute of Contemporary Arts in 1985. His first solo show was at the Lisson Gallery London in 1983. By 1993, a retrospective of his work for the last decade was presented by the Hayward Gallery, London. 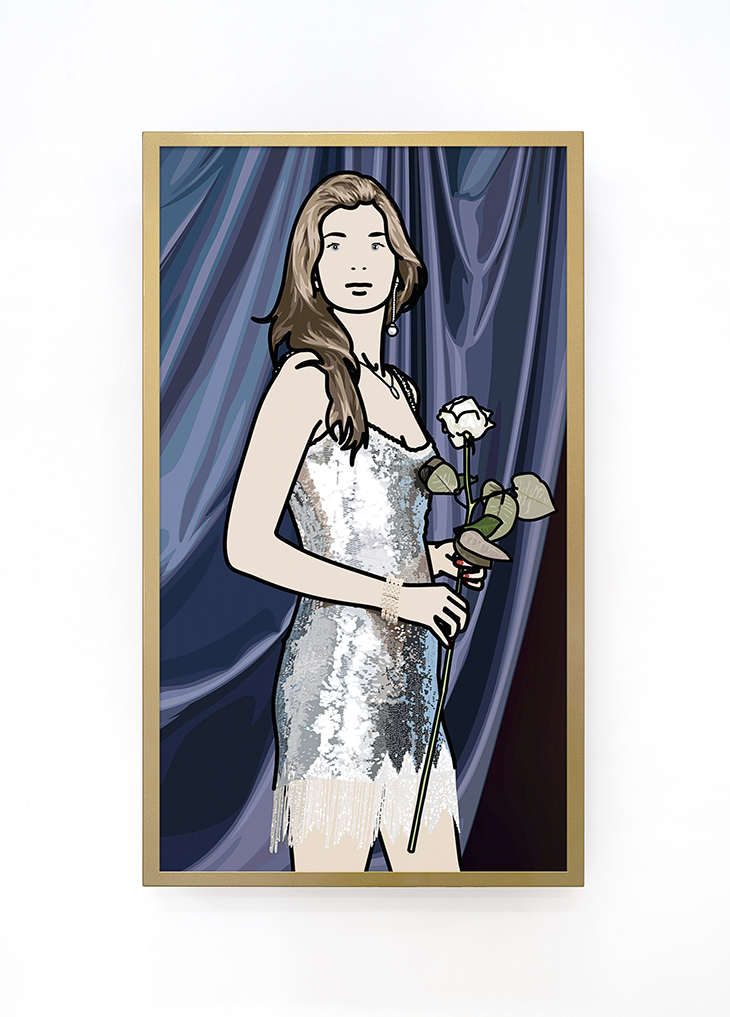 In 1995, Julian Opie was awarded the Sargent Fellowship at the British School in Rome and enjoyed a residency, 1995-6 at the Atelier Calder in Sache, France. He has garnered a large following for his blend of Pop Art and Minimalism, with a wholly contemporary sensibility. He is contributing to “… the process of reading things as simulations, although knowing at the same time they are real” Opie observes of his own art. His works are held in such notable institutions as the Museum of Modern Art (MOMA), New York, National Portrait Gallery, London, the Tate Gallery, London, the National Museum of Art, Osaka in Japan and the Stedelijk Museum, Amsterdam. 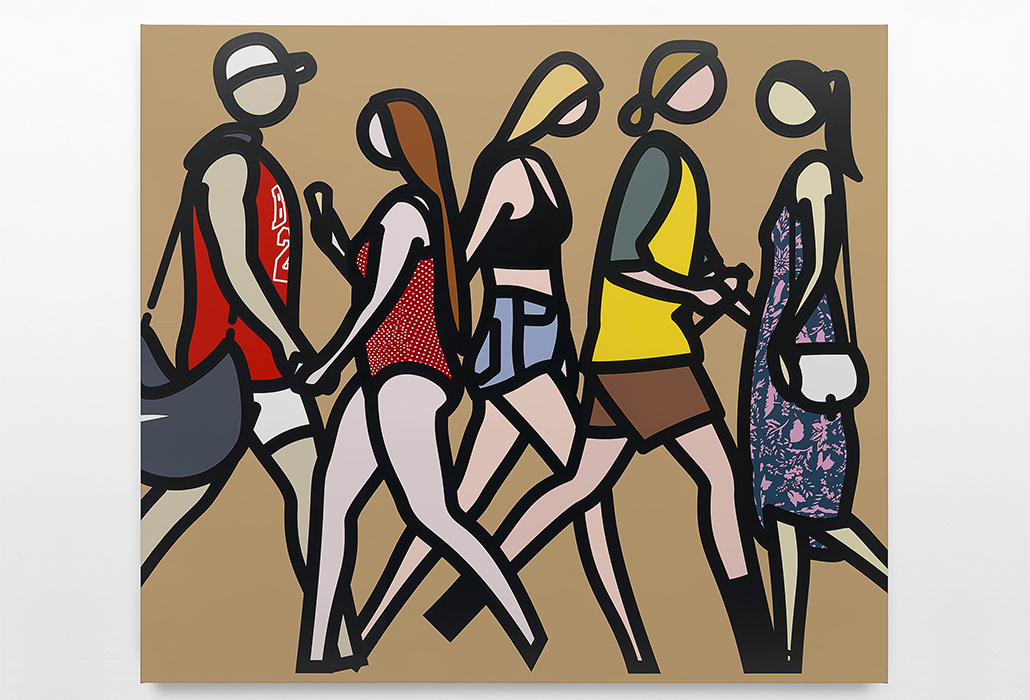 In a series of figurative sculptures, a crowd of people walking will be caught mid-stride stretching out through the foyer spaces.

The works recall the endless human movement captured so eloquently by sculptors on ancient Roman and ancient Egyptian friezes. 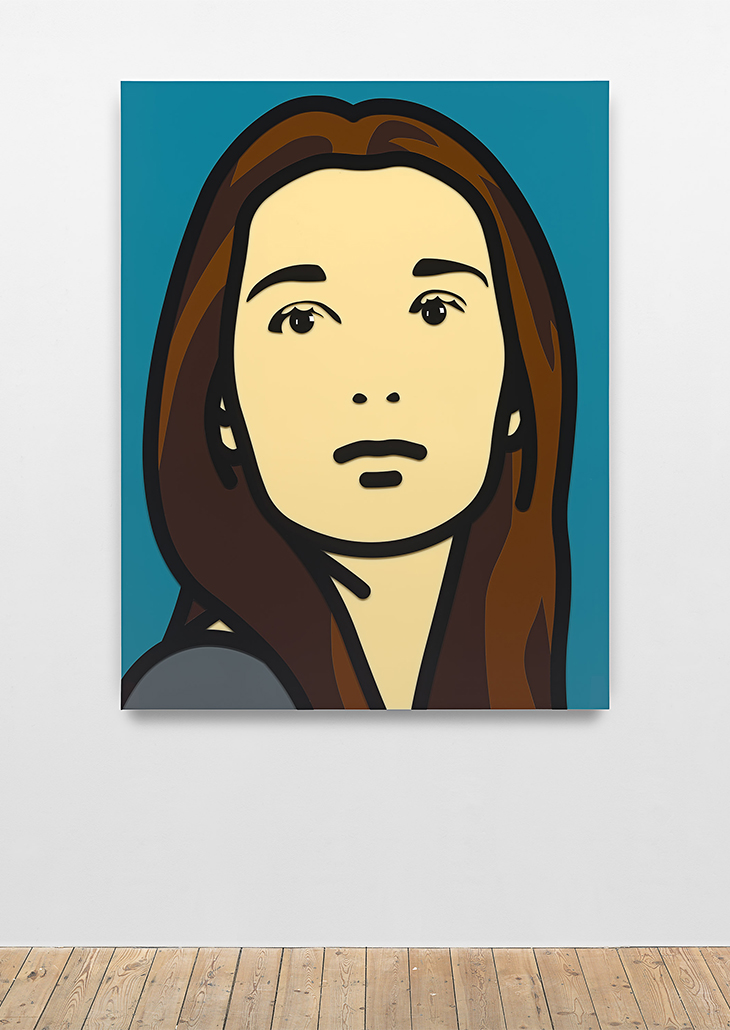 As well, those images of English photographic pioneer Eadweard Muybridge (1830-1904) who became famous for informative motion and motion picture sequences, have also provided the artist with inspiration. 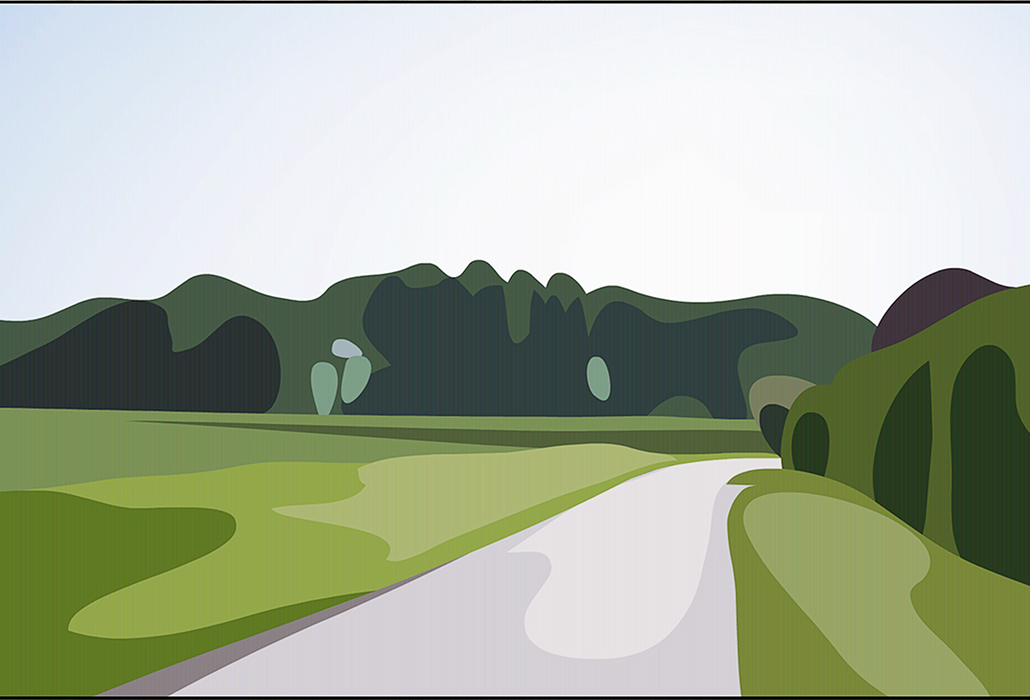 Responding directly to the architecture of NGV International, artist Julian Opie will create the largest ever work presented in Federation Court. A city of skyscrapers stretching all the way up to the glass ceiling will be sure to impress.

Standing thirteen metres high at its tallest point, the work seeks to create an immersive metropolis, so that visitors can reflect on Melbourne’s contribution to cityscapes. 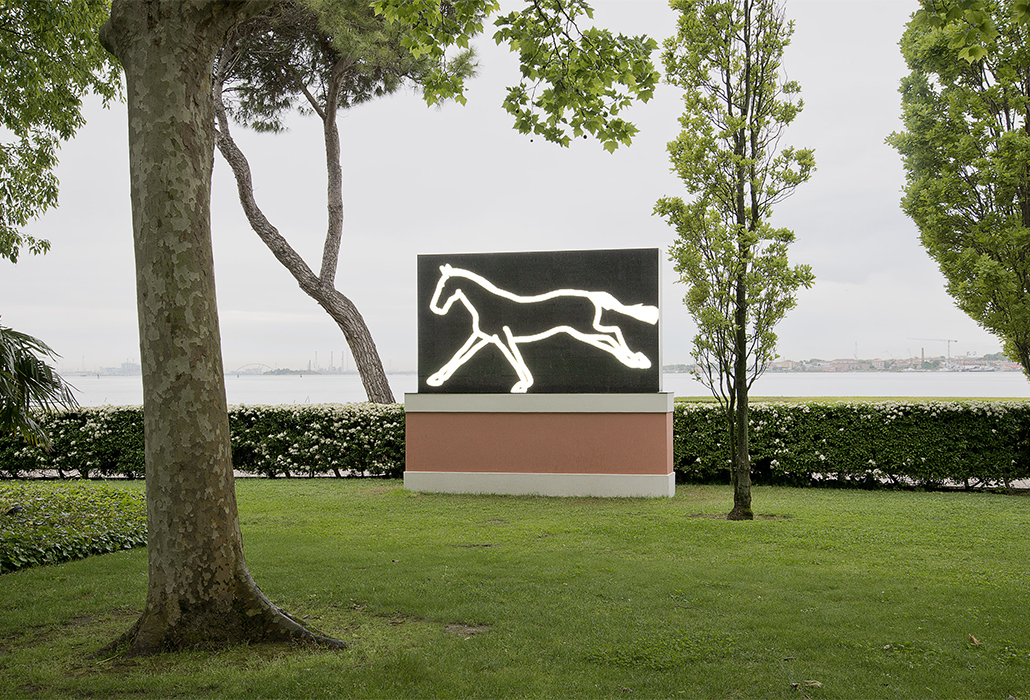 A school of animated fish will appear, swimming behind the falling water of the NGV’s popular water wall; there will also be stone sheep grazing, crows a’ pecking and a horse galloping in the Grollo Equiset Garden.

A re-imagining of the famed Belgian fountain that depicts a small bronze sculpture of a naked little boy urinating into a fountain’s basin. Manneken Pis will be recreated in the NGV moat. 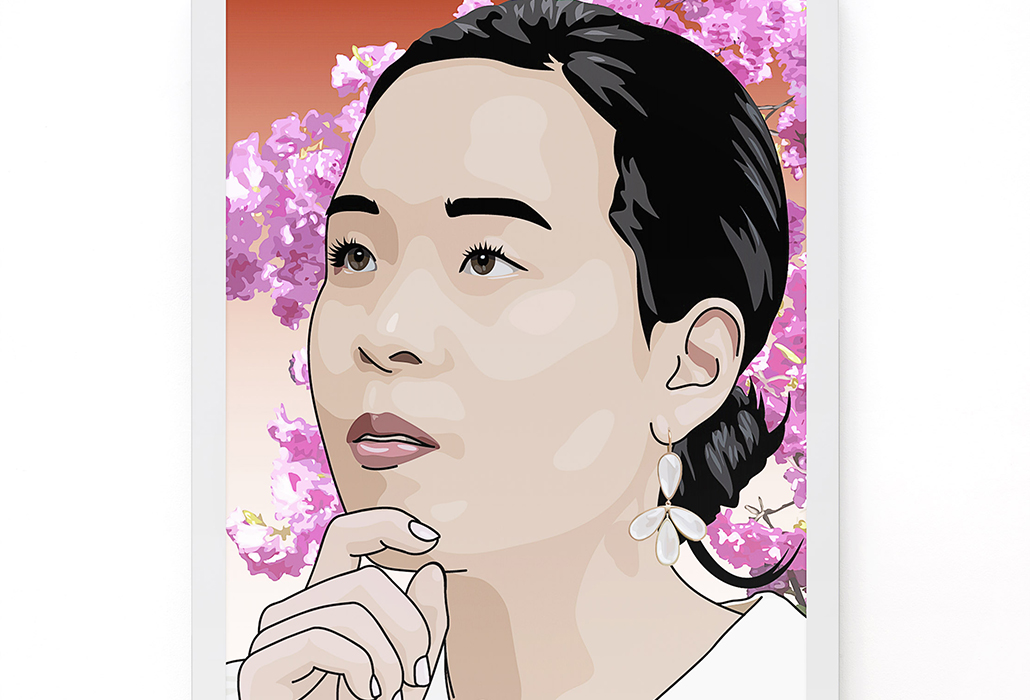 With its simple direct imagery, there is no doubt this will be a popular showing for the up and coming generation, as they ask the question, but, what is art? 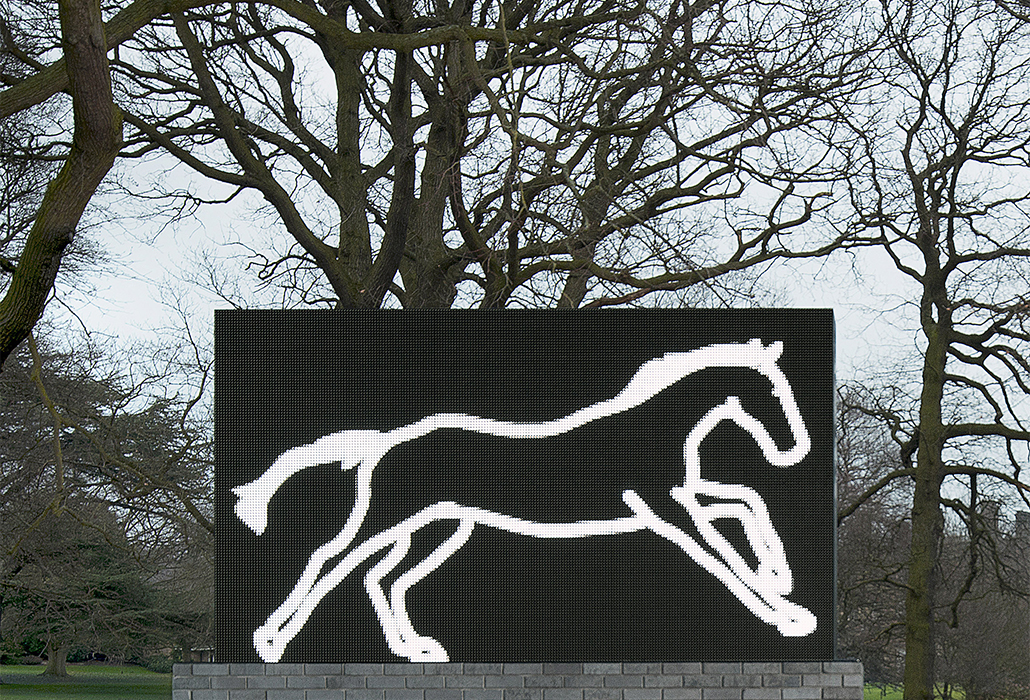 11th Day of 11th month at 11th hour playing the last post reminds us to take stock, pause, reflect and thank those who sacrificed so much for democratic freedom