These are some domestic examples. However outside the home, fragranced products permeate our environment in the form of air fresheners, fragrance emitting devises, incense, oils, diffusers, plug-ins and scented candles. They can be found in schools, public buildings, offices, shops and on public and private transport. For about a third of the population artificial fragrances are intolerable triggering symptoms and illnesses such as headaches, confusion, nausea, fatigue, sore eyes, allergies, dermatitis, hay fever, respiratory problems and asthma.

Kate Grenville writes “Welcome to Planet Fragrance” in The Case Against Fragrance, a systematically and comprehensively researched succinctly documented nonfiction work by one of Australia’s leading novelists Kate Grenville ( books include Lilian’s Story 1985, The Secret River 2005, The Lieutenant 2008, Sarah Thornhill 2011 and One Life: My Mother’s Story 2015).

Why this dramatic departure away from fiction was explored and elaborated on by Kate Grenville at the Writers @ Stanton Library Program presented by the Stanton Library (North Sydney Council) and the Constant Reader Bookshop (Crows Nest). Her natural warmth and intelligence was conveyed in a poised sharing of her realistic understanding of her own ideas, actions and decisions about her subject matter. She amiably invited the audience into her world and at the end of the talk willingly welcomed questions and comments from the audience.

Grenville has been suffering from headaches since her early twenties when she reminisced about going on dates where not only the young women sprayed perfume but young men dabbed on after shaves like ‘old spice’ as well.

Her headaches have continued and as a consequence she made a resolute decision to write a book about this chronic problem and uncover facts that not only provided her with answers but supported the many other silent suffers. She expressed that when she approached her publisher “the blood left his face.” Luckily for the community she persisted and has written a book immensely reassuring for suffers but equally important for non-suffers who are given insight and hopefully will develop tolerance and respect that will lead to change in attitudes and practices.

Gaining knowledge about the chemical components of perfume and “the actual molecules of the fragrance chemicals that are going into your nose” is investigated in detailed analysis.

Grenville is meticulous in her research and quotes reputable and eminent studies to unravel the areas of industrial chemistry, neurology, dermatology and toxicology.

She has cited reliable objective information in a lucid and accessible style. Her personal narrative gives a context and an empathy that connects with readers and denotes commitment to uncovering true scientific facts and making a difference by acknowledging the negative impact of artificial fragrance on a significant number of the community. As a writer Grenville is able to control her working and writing surroundings. However when on tours promoting her books she is exposed to massive doses of fragrance and finds herself most days burdened with the debilitating effects of suffering headaches. So much so that on one incident she bought wide package tape and sealed herself in her “womb of a room.”

Around “$300 million dollars a year” is spent on creating fragrant ambiences in commercial locations including shops, taxis and hotels in the uncorroborated belief that business productivity increases. Grenville reveals some startling and disturbing facts about the fragrance industry. It is a myth to believe perfume is made from flowers. Scientists have devised ways of synthesising fragrance.

The various effects of hormone disruptors found for example in artificial musks on the hormone system can “mimic thyroid hormones. Others mimic oestrogen.” Regrettably the fragrance industry is self-regulating which creates diverse problems. One concern is when testing chemicals awareness that humans have very different metabolisms to animals is not always reflected. Consequently considered safe doses for one species does not guarantee safety for another.

By bringing this knowledge to the public Grenville is raising awareness and prompting thoughtful conversations about fragrance. She is a pioneer in leading the way for changing attitudes about fragrance to “find a compromise where both sets of values can be worked out because we are social creatures.”

There is a very respectful intelligence pervading this literary work where a cautious and prudent dialogue for change has been initiated.

Consequently it is judicious that Kate Grenville won the prestigious Australian Council Award for Lifetime Achievement in Literature, 2017. Federal Minister for the Arts Senator The Hon. Mitch Fifield congratulated all award recipients and said:

“Honing their craft over many years, these diverse artists are committed to their practice, playing an important and innovative role, pushing boundaries to challenge audiences here and abroad.” 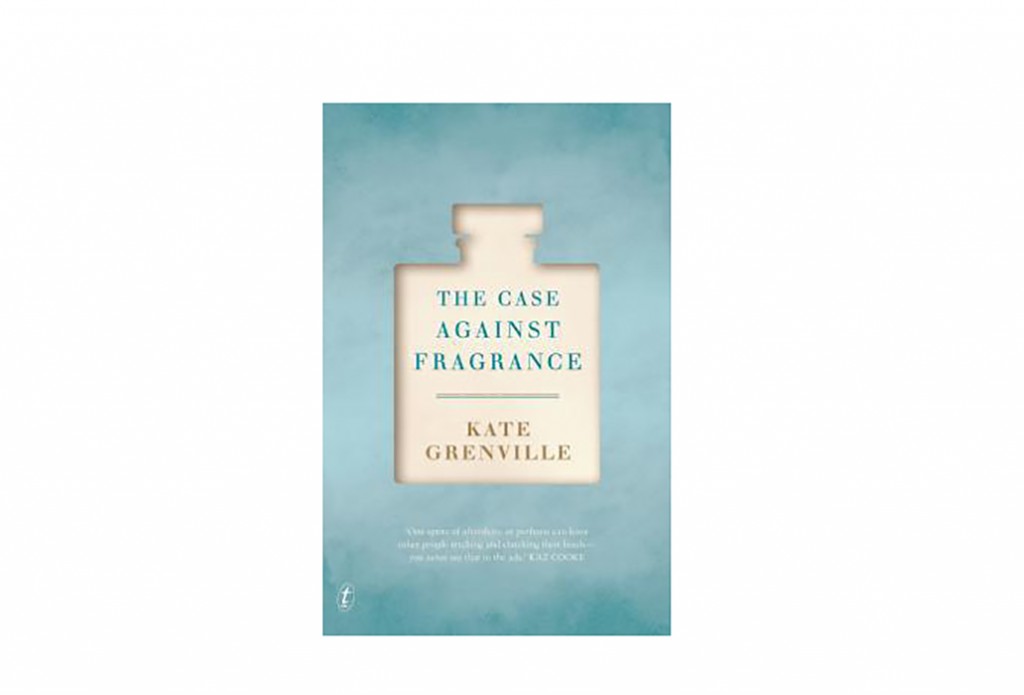 In The Case Against Fragrance, Grenville is certainly ‘pushing boundaries’ by her thorough investigation of the properties of fragrances and the exploration of the effects of fragrances on people. The impact of her writing certainly challenges the reader to think about fragrance differently.

StreetSmart Australia through its initiative CafeSmart, is inviting you to encourage your cafe to participate so your daily dose of caffeine makes a difference