When I was a child I wished that I had red hair and that my name was Catherine, but with a K, Kate for short.

There were a few reasons; foremost that my fav movie star in my formative years was the impulsive red haired Katharine Hepburn (1907-2003) – Kate, Kate, the prettiest Kate in Christendom’+

Since then there has been additions to my list of women named ‘Katharine’ who could be given the tag ‘great’.

Must say though there were many that I became fond of, Katharine Hepburn was, and always remained, the best.

She was great enough in black and white and when we saw her in technicolour, it only upped the ante.

Seemed to me during my early teenage years that she knew what real style was – far beyond discovering what suits you personally and wearing it well. Every Saturday afternoon at the movies in the Boomerang Picture Show at Coogee Beach, Kate Hepburn lit up my life in whatever the role she was playing.

I saw all of her movies from her early days until my own time, because they were so often a second movie on the Saturday afternoon matinee show.

If you obey all the rules, you miss all the fun!

She didn’t know it, but she helped expand my horizons, while confirming the thought that life offered many possibilities, but only if you had the courage of your convictions.

Most of all if I was asked to define what really did it for me; well it was because of the way she seemed to follow her heart, always championing intelligence, despite being in some of the silliest movie comedies of all time.

It was not just about the way she looked, it was the way she walked and talked, as well as her considerable joie de vivre.

Whether playing contemporary or historic roles of famous women of influence Kate made me admire her because she captured my imagination, oozing confidence with her magnetic presence.

We had an important connection as I observed her acting on the silver screen and it would impact on my life.

Katharine Hepburn played a great many strong independent women like herself with minds of their own. As one goes through life one learns that if you don’t paddle your own canoe, you don’t move…*

She so often found herself in fashion magazines, whether she liked it or not, mainly because she scandalized Hollywood by lolling around wearing slacks and no makeup.

Wearing a frock she made men fall at her feet, another favourite Cary Grant being one of them.

She shocked contemporary society we read about in the ‘Women’s Day’ or Women’s Weekly’, by being ‘unconventional’, speaking out her mind as the daughter of a doctor and suffragette who had been encouraged to do so, very different from my own experience at home.

She seemingly could be as beautiful as she wished to be.

With her hair pinned up high with bobby pins and escaping tendrils (a fashion since), they only served to highlight her high angled cheekbones and set off her freckled face.

Kate Hepburn really belonged to my mother’s age and she loved her too.

However like her daughters, she couldn’t ever imagine that such ‘attitudes’ American women seemed to espouse in movies would ever be embraced in Australia. Kate didn’t sugar coat a thing, was both blunt and beautiful, one in a million she became a smash hit on Broadway when her career in Hollywood hit societal barriers.

She returned to the stage on the East Coast where she had started her career, to star in a new play she had purchased the rights to.

She then made it into a movie The Philadelphia Story (1940) with Cary Grant and Jimmy Stewart and it was such a huge hit Katharine Hepburn the Great became an integral aspect for all time of the Hollywood legend.

This was confirmed when she starred opposite Spencer Tracy in Woman of the Year and they became Hollywood’s favourite celebrity couple.

Katharine’s career had a huge impact during the era my sister’s grew up in as well and while they were 12 – 20 years older than I was, born prior to World War II, they all adored her as well.

I never realized until lately that women were supposed to be inferior*.

My mother helped smuggle the three eldest of my sisters out the window of the back room on a nightly basis from their bedroom in the Federation block of flats where we all lived.

They wanted to be independent women and formed their own ‘backing group’ and do wa do waaad behind a popular male singer of the time when he appeared at Stone’s cabaret at Coogee Beach.

Staying awake to let them back in once the gig was over, all the time not letting our father know they were gone, was the hardest part. If you always do what interests you, at least one person is pleased*.

Unlike America where children were encouraged to have opinions I belonged to an Australian society that after World War II was still operating in the Victorian age.

At our place children were seen and definitely not heard, at least as far as my father was concerned, and he was a Headmaster so you didn’t buck his authority.

There was no way his daughters were suppose to entertain the ideal of independent thought, despite Elizabeth I being his favourite British monarch in history.

Didn’t make much sense to me, except that I do think that Bette Davis had a lot to do with it.

It was an ideal he could wax lyrically personally about while not a reality, the world he knew we would have to live in. 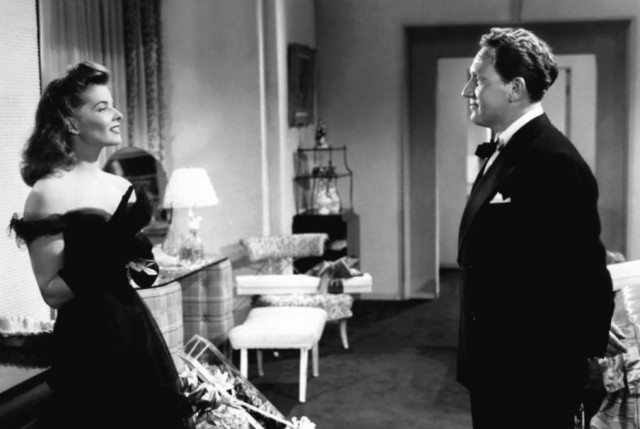 The trouble is that society is always changing, and if you keep adjusting to its format, instead of setting your own path and staying the course, it can come back and slap you down. I have always believed my father was an original an independent thinker. He believed women had a role to play much bigger than his mother had enjoyed. My mother his wife was in her early life and it drew them together, but then society dealt them both a rum hand.

When they fell in love and stepped outside the boundaries society set at that time to do so what happened in reality hurt too much. His parents believed he had married beneath him… wherein lay the problem.

He was ‘excommunicated from his own family and the church he grew up in both of which judged him harshly.

Not being allowed to see his own siblings as an adult destroyed his hopes and dreams and from then on he and my mother ‘conformed’ to ‘fit in’. They also expounded conformity to all their six daughters, who had inherited their independent gene. He only regretted his course of action later in life, but that’s another story.

Life is hard. After all, it kills you

Katharine Hepburn as a woman of influence became firmly etched into my mind by her commanding performances in The African Queen with Humphrey Bogart (1951), and Tracy again in Adam’s Rib (1949) and Desk Set (1957). 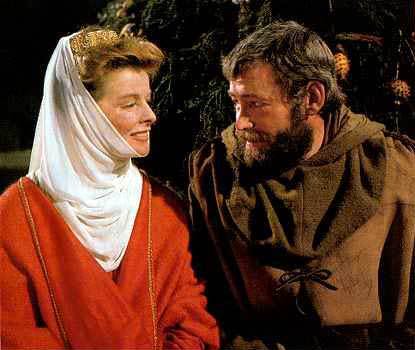 By 1962 when I was eighteen she was up to her ninth Oscar nomination.

She made Guess Who’s Coming to Dinner in 1967, also with Spencer Tracy, her niece Katherine and the wonderful Sidney Poitier.

Then she made the movie that proved her endurance and excellence as an actor, the stunning Lion in Winter 1968 with Peter O’Toole.

It gained her an eleventh Oscar nomination, a third win and Peter O’Toole as a friend for life. Interestingly Kate was a direct descendant of “Eleanor of Aquitaine”, whom she portrayed Katharine Hepburn was still around in 1981 featuring with Henry Fonda in On Golden Pond, another all time favourite movie, which brought her twelfth nomination and fourth Oscar win.

She had a life full of highs and extreme lows like we all do and when she died aged 96 in 2003, many people around the world mourned, including me… for whom she would always be Katharine the Great. She said: I always wanted to be a movie actress. I thought it was very romantic. And it was*.

+Will Shakespeare – The Taming of the Shrew