The Chateau at Versailles in France is an amazing place to visit. In its day it cost the equivalent price of what we would pay now for a modern city airport. It was an object of universal admiration in its time, enhancing French prestige on the world stage. For a first time visitor its scale and size is often completely hard to come to terms with. In a word, it’s simply overwhelming.

Just to walk around it requires that you be fit, wear good walking shoes and take water and sustenance to keep you going otherwise most of your time will be spent on queues. It is a very popular destination, not only with the rest of the world but also with the French themselves, who are anxious to understand many of the complexities of their multi layered culture and its tumultuous history. Louis XIV King of France at birth, September 5, 1638 was called dieudonne, God given. The suggestion is the French themselves couldn’t believe that his father, their King Louis XIII (1601-1643), had achieved parentage at all, that is without divine intervention.

Louis XIV was one quarter French, half Spanish by his mother Anne of Austria and the final quarter Italian by his grandmother Marie de Medici. He became King in 1643 when his father Louis XIII died and he was only 5 years of age.

The affairs of state were placed in the hands of his father’s advisor Cardinal Mazarin and his mother Anne of Austria. 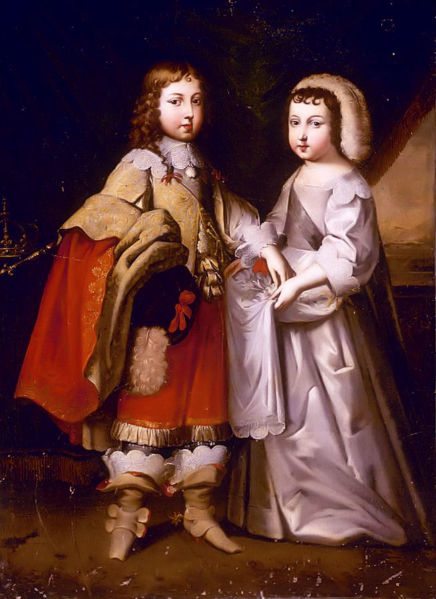 Not long after his father’s death an internal political and military civil struggle began. Now known as The Fronde, it was a civil dispute about reining back the growing power of royal government and giving French aristocrats more power.

At one point it became so dangerous his mother had to hide the young King in fear that he may be killed. It was a threat he would never forget.

The French court by the beginning of the seventeenth century shifted from an ideal based on chivalry to one based on refined manners.

This meant that instead of an economy based on feudal war, it was now based on leisure and peace.Louis grew up in a gilded cage and until he came of age he suffered from neglect, poverty, misfortune, fear, humiliation, cold, and hunger.

He would never forget the complete terror and instability of that time and most historians believe his later insistence on ruling absolutely and depriving his nobility of any powers at all, was a result of his childhood experiences. At 13 years of age an Englishman, who witnessed the ceremony that marked the end of his minority, described Louis as a young Apollo, the sun God himself. Louis XIV of France (1638 – 1715) was 21 when he is reputed to have said the now famous words, l’état, c’est moi, I am the state, taking control of his own destiny when Cardinal Mazarin died.

He was only 5’5” tall, but authority made him seem taller. and his courtiers gloried in his good looks. He could remember the dark days of the Fronde vividly and it impacted on a decision to move the court out of Paris where mob rule was always a possibility.

He had decided to transform his father’s modest hunting lodge, which was nearby the village of Versailles, into a grand estate housing both his family and the court of France. At Versailles Louis would build high walls and gates for security, billet his own private army and becoming master of all he surveyed.

He had an excellent figure, perfect hands, feet and legs, which he was extremely vain about. He had small but brilliant eyes through which he gave the impression of seeing everything, and everybody.

In his youth he could be quite ruthless but he was always described as remaining dignified, gracious and exquisitely polite. He believed that he was endowed with excellent taste 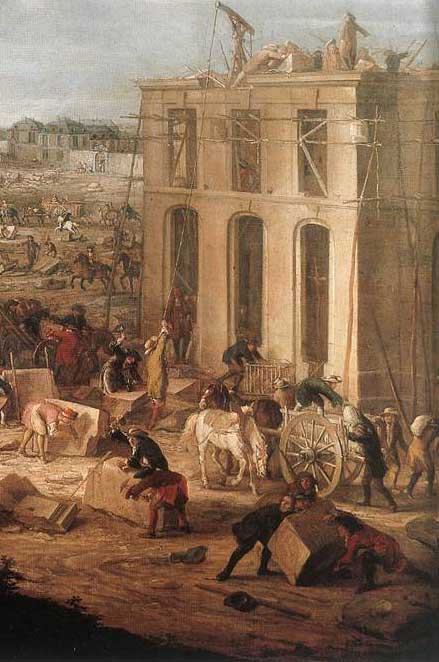 Louis surrounded himself with all the top creative people of his day at Versailles.

He protected writers who sang his praises, his architects Louis Le Vau and Francois Mansart and designer Charles le Brun as well as Andre le Notre his much loved gardener. They provided the stage set on which he stood imposing his visions of beauty and nature on everyone.

As Louis XIV watched his buildings go up, his first Minister of State Jean Baptiste Colbert helped supervise the construction obtaining from him the power and means to carry out an economic royal revolution. Colbert aimed at making France economically self-sufficient, while maximizing its exports.

Manufacturers, the navy, a modern police organization, roads, ports, and canals all emerged at about the same time with Louis himself attending to every detail.

In Comte de Saint Simon’s Memoirs he describes the court at Versailles as a multitude of voyeurs all observing each other’s secrets…’As we were walking in his small hallway, I saw in the mirror at the end of the passage that he was laughing while lowering his eyes, like a man enjoying the conversation he was overhearing’.

A mirror allows nothing to hide in the shadows and at Versailles they were inset into walls and doors so that it became a theatre of reflection and artifice. What more perfect symbol could be found for the dazzling reign of France’s King of Light, Louis the Sun King. From the window of his private apartments overlooking the marble courtyard with his telescope he spied on their comings and goings. When the Hall of Mirrors at Versailles was presented to the public in 1684 everyone found something to say in its praise. Seventeen false window casements opposite seventeen real windows were covered with eighteen mirrors placed side by side, unframed, joined by finely carved gilded copper frames.

There were 306 panes of glass blended to give the appearance of being part of a larger single pane…the hall vanishing in the radiance of shimmering surfaces and bursts of light.

Everyone admired the Sun King from head to toe without looking at him, which was great fun, but then he could also see them. Some visitors described the hall as the ‘architecture of emptiness’ – reality and reflection supporting each other reciprocally. Over the years since it was finished the Hall of Mirrors has reflected many great moments in the history of the world. At the time Colbert, Louis’ 1st Minister and master of ceremonies used it to launch the Royal Mirror Company. Its success gave considerable momentum to the glazing industry in France and increasingly the public became aware of the decor possibilities of a mirror.

France’s appearance and way of life changed forever during the reign of Louis XIV the Sun King. Many great towns throughout France underwent a complete metamorphosis and the landscape altered forever as Louis XIV devoted himself energetically to all his building projects.

Today little remains of his other splendid palaces at Saint-Germain and Marly?

Cursed as an extravagance when it was under construction, and accused of having ruined the nation at the time of the revolution, the chateau at Versailles stands today as a monument to French achievement and the many milestones reached in its historical and cultural journey. Despite all of the work Louis XIV was to complete at Versailles in his age it was always called le Chateau, (which means Gentleman’s seat) never le Palais, remaining the home of a young man, grand without being pompous, full of light, air and cheerfulness, just like a large country house.

Australia’s architectural and garden styles developed through the imposition of European cultures on the land and its people from Federation to the Fifties.