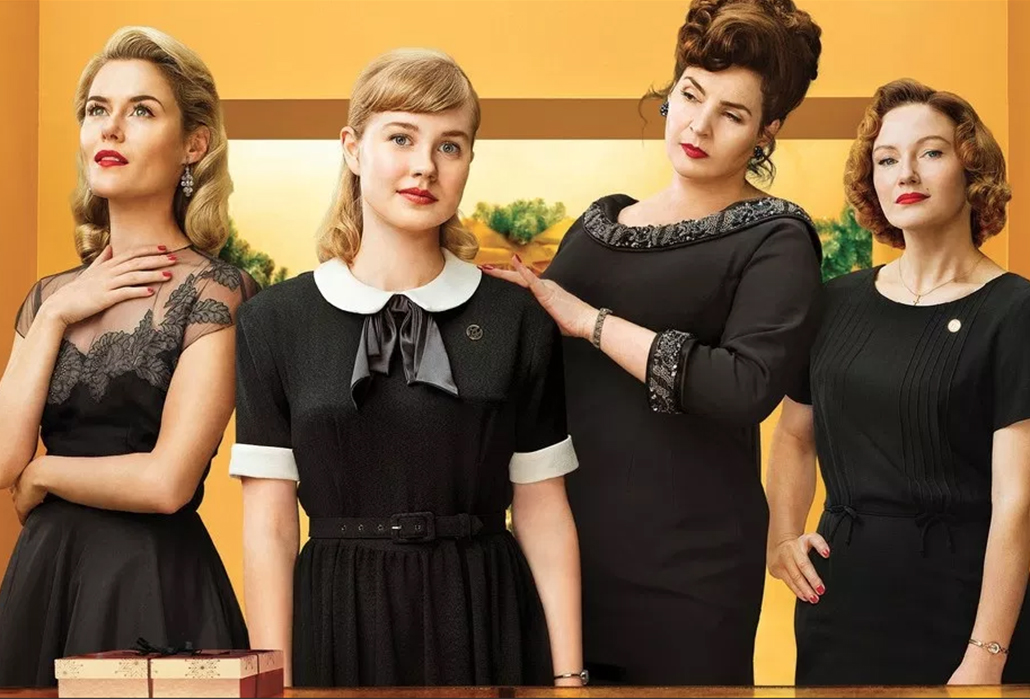 Culture if we believe historians, came to the Colonies twice. Well according to the English view of their influence on Australia. The second time was by far the most inspiring and life changing for our widening society. It happened during a time when refugees were flooding in with ‘white’ European emigration in the decades following World War II.

Set in the good old days with box Brownie’s, boys, boards, bathers and babes at the beach, Ladies in Black is coming soon to a cinema near you starting September 20. 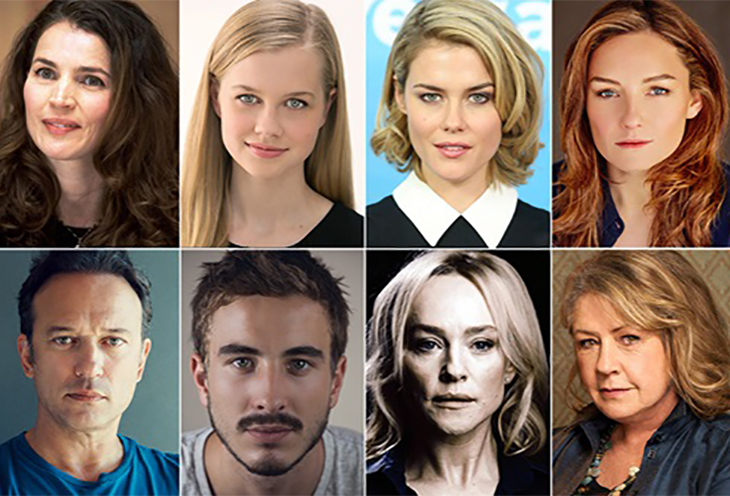 Nicknamed reffo’s by the locals, there were many who embraced both the arrival and input of Australia’s European immigrants during the two decades following World War II. However, there were just as many frightened and fearful, who gave those they encountered, more than a hard time, showcasing prejudices born in another age.

Already in 1957, Italian Nino Culotta’s big hit novel, explained to Australians how they were, well ‘… a weird mob. He was a man at the forefront of changing societal attitudes.

Now its the turn of the Ladies in Black. 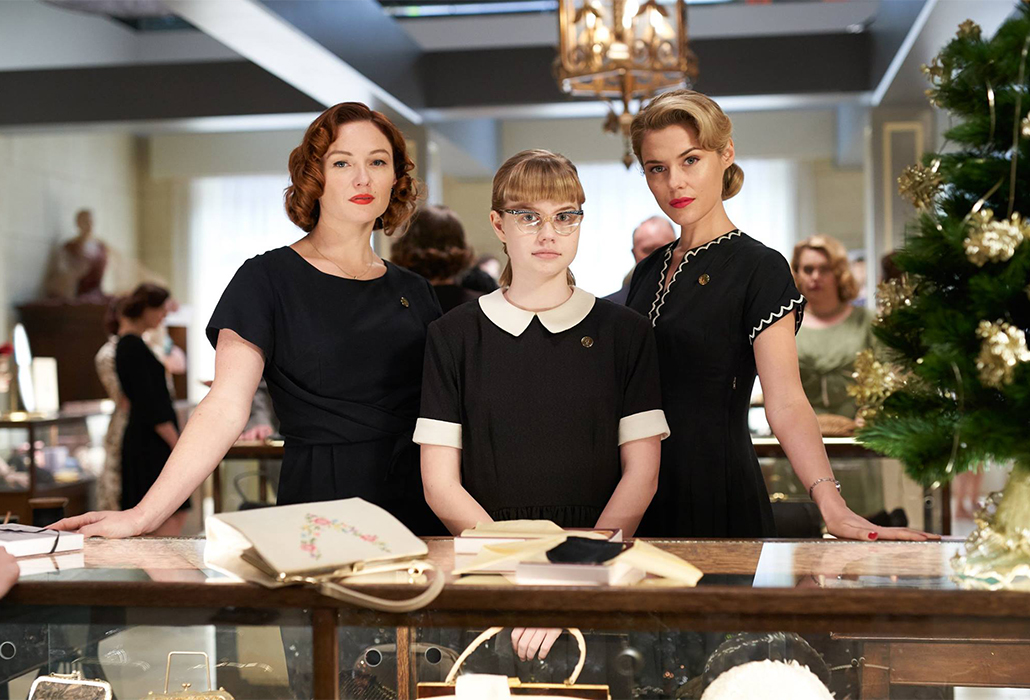 Having already completed two successful musical hit seasons on stage in Australia, many will be lining up to again follow the story of the youthful and quite lovely Lisa Miles (Angourie Rice), and those she works with.

Set at the dawn of the sixties, when Australia was becoming a multi-cultural society, with Aussie slang phrases riding high, Lisa believes she has found her niche for the time being. She’s in reality waiting for her adult life to really begin by helping all those providing services in the Model Gowns department of the prestigious S.G. Goode’s department store.

Lisa recently gained her Christmas holiday job on her own merits, as she waits patiently for her ‘leaving certificate’ results to be published in the newspaper. She desperately wants to go to university and study the arts; to become a poet, an actress or a writer, or indeed all three, despite her father (Shane Jacobson), earnestly objecting to women being educated.

Bruce Beresford and his multi-talented crew perfectly capture the look of Sydney as well as the Aussie psyche and attitude at a time when fashion began to meet art, not a concept understood by the majority of Australians at the time. 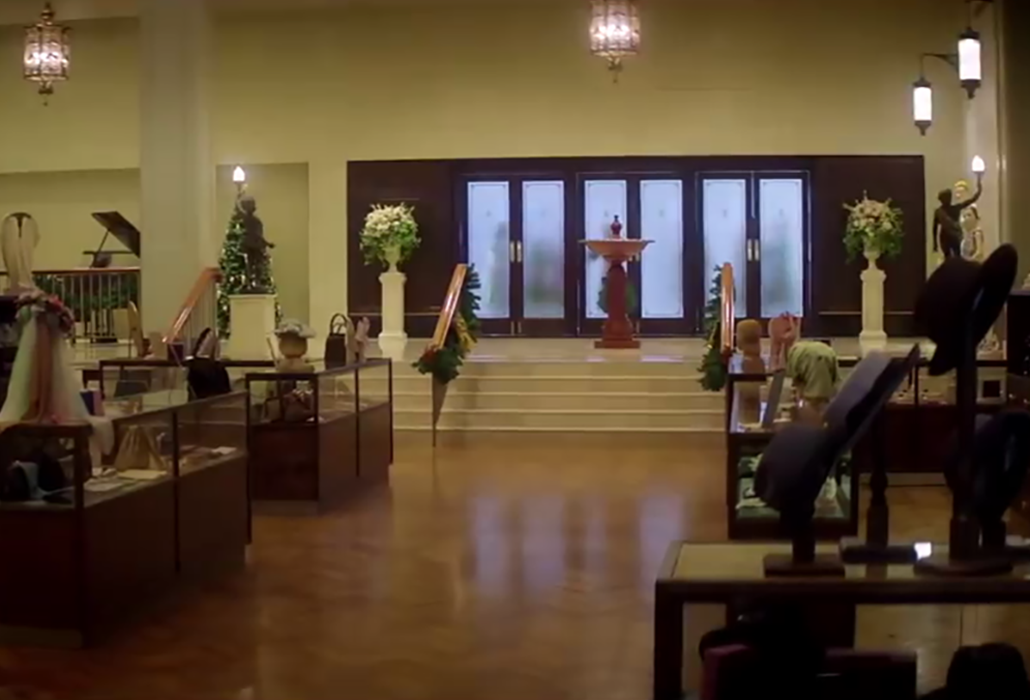 The action of Ladies in Black takes place in what seriously rings all bells as David Jones Sydney Department Store on the interior. How do I know? Well,  so many of the scenes are imagined stunningly and, as I remember them… indeed, Lisa’s life was so very much like my own.

For years my mother dressed me up to go to ‘town’ wearing my Sunday best so we could go and visit my Aunt Dulcie, who was a leading light; indeed a lady in black servicing customers on David Jones’s famous and very fashionable seventh floor.

You had to be rich as creases just to get into the lift with the young man in uniform to take you to the top of the shop and show you the way into what I believed was heaven.

It was a great experience and, I learned from my mother and auntie, how people’s perceptions can easily be altered simply by how we ‘look’. 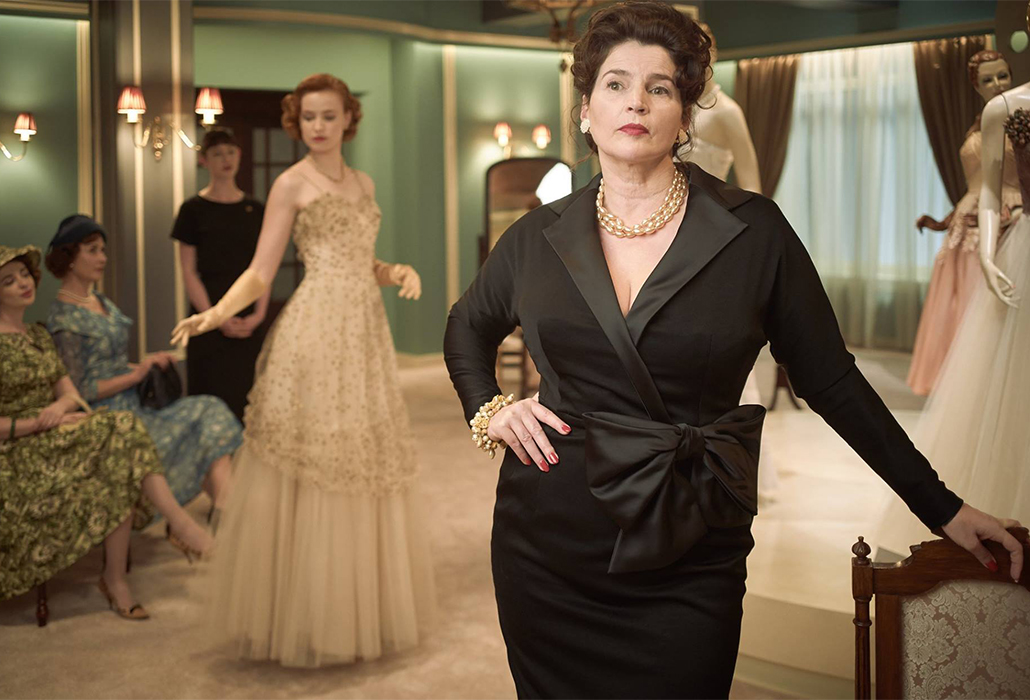 Julia Ormond, absolutely fabulous as Magda in Ladies in Black

The rooms of the seventh floor were full of gorgeous gowns arranged beautifully on refined mannequins, giving a glimpse of what being ‘Continental’ was really all about. It is just the same for Lisa at Goode’s.

Like the characters in this movie, I was there when the store choir stood each year on the staircase of the ground floor in the days leading up to Christmas, singing carols and songs of good cheer.

They certainly put us in the mood for shopping just like the piano player, who started his day playing wondrous music as the crowd surged in the door. Indeed, when I go to Sydney in this day and age, the place where I grew up, I always feel as if all is right in the world if the piano player is still there playing. 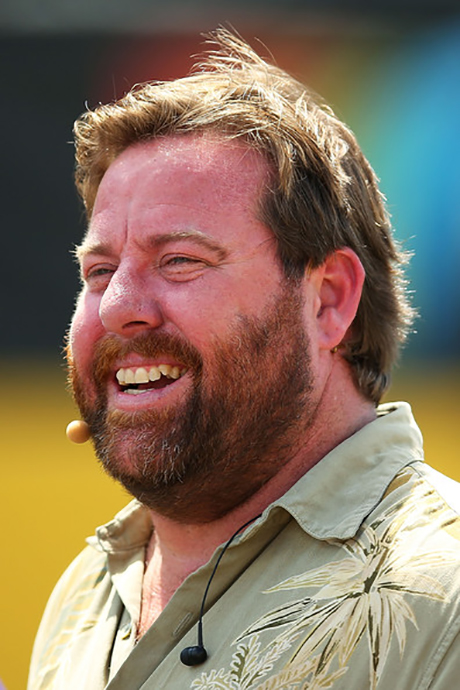 My father, just like Lisa’s, objected to women being educated, despite being himself a ‘Latin Scholar’ and a teacher. So, my brother went to university and my sisters and I were removed from school by the time we were fifteen, as he gained jobs for us in either insurance companies or banks.

We were supposed to stay there until we ‘found the man of our dreams’ and our fate was sealed, to be a stay at home woman and mother.

There were so many Dads like mine, for whom life didn’t altogether go according to their plan. It’s a joy to watch Aussie actor Shane Jacobson, minus the beard, met morph into a whole new man.

He’s that quintessential Aussie drinking bloke, who takes life all on the chin, with his wife and daughter outsmarting him with planned moves, all along.

Life for the refugees from Europe in Australia at this time, was a work of art in the making. And they had so much to give back.

Great to see Nicholas Hammond taking on the role of a floorwalker; a man who ensured everyone’s day was happy, continuing the thread of his life since Sound of Music days. 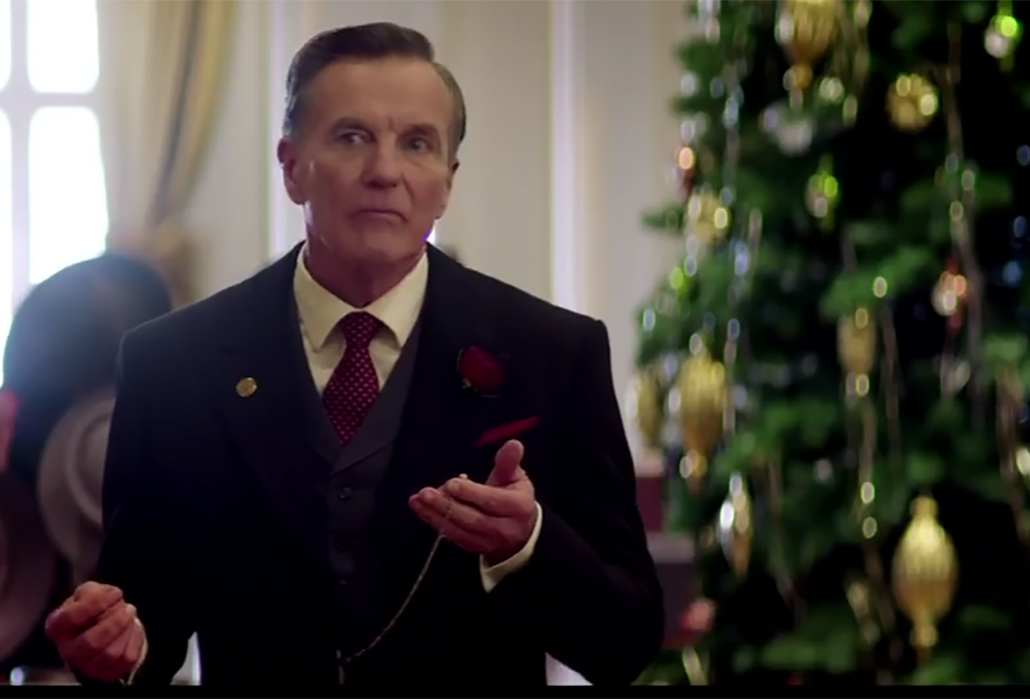 Having been so isolated from Europe, England and indeed the rest of the world by the tyranny of distance for so long, many Australian’s were at the time, only at the beginning of their own wake-up call. Unworldly and naive, to say the least.

Europeans who came to Australia could not believe their luck in finding themselves, after all the horrors they had lived through and witnessed, living the dream in a wide brown beautiful and free land.

Their sophisticated reality and history before they came, hadn’t began to punctuate the Australian social consciousness and certainly put them in a position of power while giving them an ability to see how they could make money through knowledge.

It would not be until during the 70’s and the 80s when young Australians started travelling the world en masse, finding out what being a global citizen and person in business really meant, that conditions changed for many Australians.  I was among those too, and we made every post a winner! 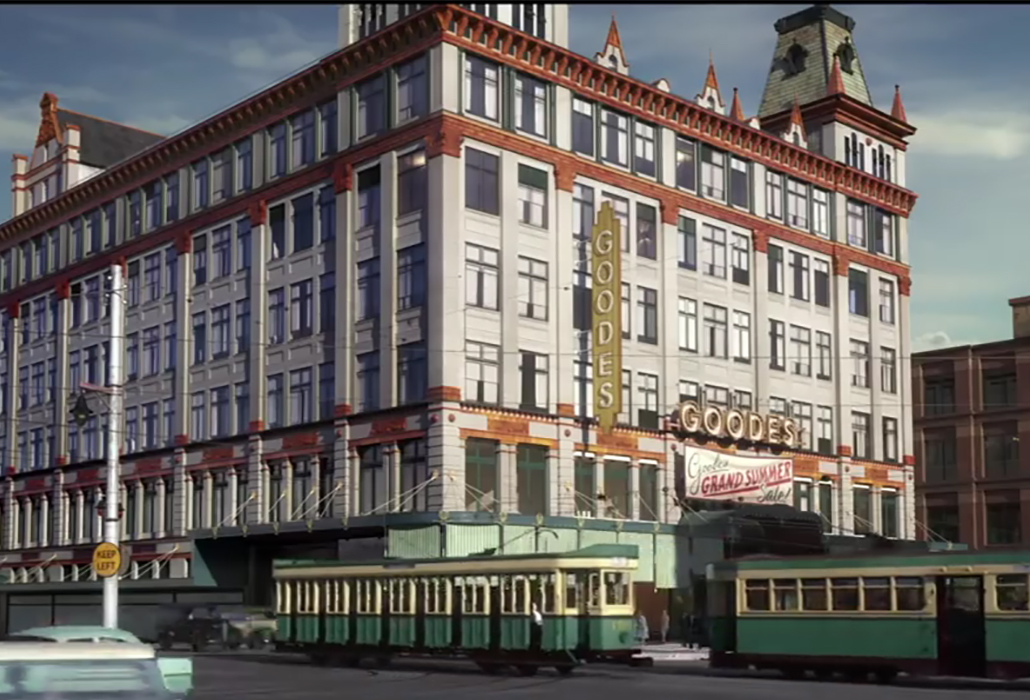 Ladies in Black is set before all this happens in 1959. This was the days of trams in Sydney and where the locals in the movie, and in reality, made snide remarks about Melbourne life and its people, ensuring a ripple of continuous laughter invaded the cinema here in South Yarra each time.

But it is all true, which is so refreshing.  Novels such as Anna Karenina and Middlemarch were the rage on bookshelves, with clothing in the Model Gowns Department at Goode’s by such fashion gurus as Christian Dior, Chanel, Hardy Amies, Norman Hartnell and Yves Saint Laurent, unattainable to most. Christian Dior in house with one of his famous models…

These world famous couturiers were developing a new look for a new age, one taken up ‘down under’ by those seeking more out of life and had the ready necessary. Gorgeous haute couture dresses all of which had names, were very appealing and a huge price.

Indeed, when Lisa first encounters the dress she covets, the Lisette, and finds out its price she is dismayed. Saving 150 guineas when women were earning 9 guineas a week was not really an attainable goal. Although she continues to long for the day she might be able to make it her own at sale time.

When Lisa first arrives at Goodes, she is assigned at first to working with Patty (Alison McGirr) and Fay (Rachael Taylor), who do their best to educate her how their indomitable leader Miss Cartwright (Noni Hazlehurst) would like her to be.

However, she is destined to be coached on how to succeed best by the marvellous Slovenian, Magda (Julia Ormond), who guides the Model Gowns department. 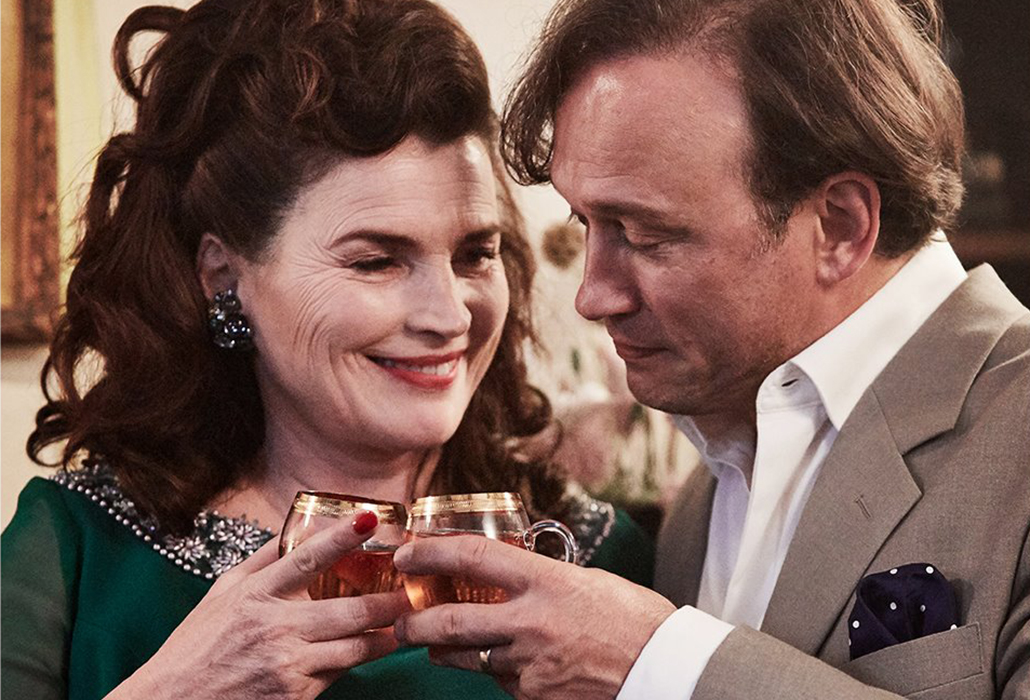 Julia Ormond and Vincent Perez as Magda and Stefan, Ladies in Black 2018

Magda lives a ferry ride away from Circular Quay in Sydney, in a suburb of the north shore overlooking one of the harbour’s gorgeous nooks and crannies, where she has a loving relationship with her partner Stefan (Vincent Perez).

Lisa finds her attitudes and philosophies on life are directly influenced by this fabulous woman, who is wanting so desperately to introduce modern Australian women to the sophisticated world of European fashionable style.

Magda mentors her young charge not only in the delightful ways of the world, but also how to go forward and live her life with integrity and style.

Patty and Fay also help Lisa enter a world of possibilities. She met morphs gradually from a bookish teenager to a glamorous and positive young woman, who helps them all in turn too, especially the lovely Fay. 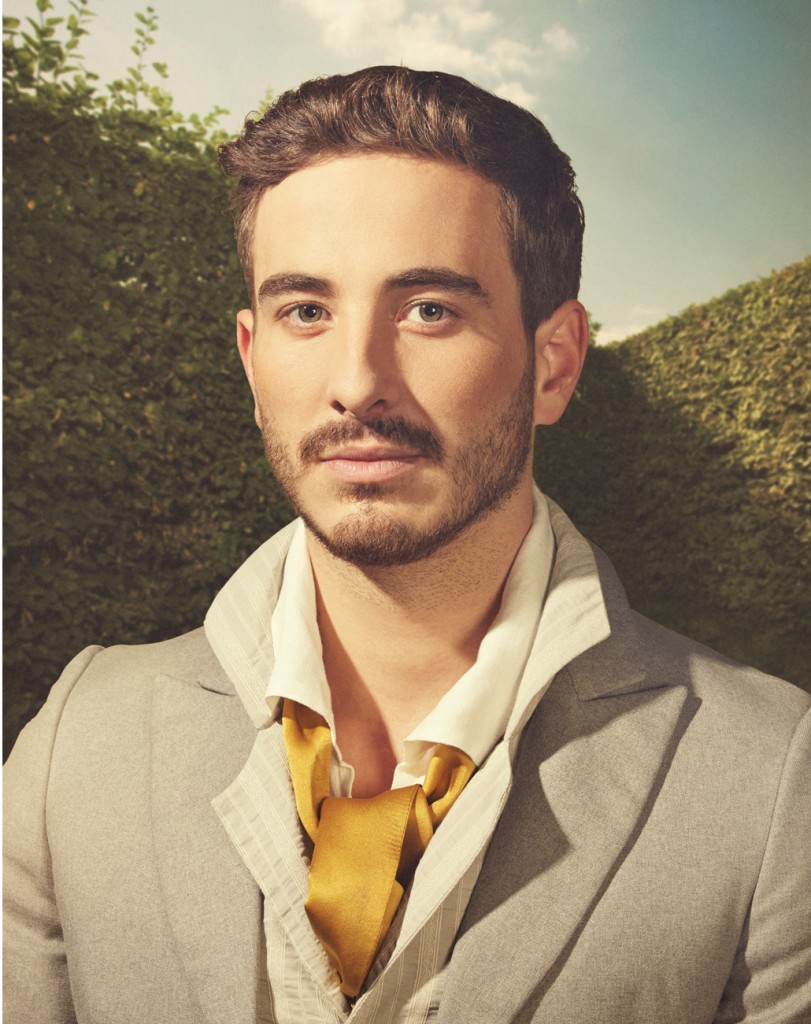 Ryan Corr, nailing a Hungarian accent for his role as Rudi x

Magda introduces Fay, through Lisa’s influence, to the good looking Hungarian smoothie Rudi (Ryan Corr), who turns out to be just what Fay is looking for; a man in a million and so unlike all the skirt groping Aussie men of her ‘class’.

Ladies in Black is a simple feel good story, with a wonderful script, superbly acted with glorious sets. Set in the summer of 1959, when ideas about women’s liberation are about to change Australia forever, the actors are brilliant guided in their roles through Bruce Beresford’s sterling direction.

I am woman, hear me roar
In numbers too big to ignore
And … No one’s ever gonna keep me down again

There had to be a point at where the women’s movement started. In Australia, at the point when the Ladies in Black of 1959 were about, seems to be it; this is surely an all-round Aussie movie masterpiece in the making.