Masterpieces from the Hermitage: The Legacy of Catherine the Great at the National Gallery of Victoria will be on show from the 31st July until the 8th November, 2015. The exhibition reflects the passionate pursuit of priceless possessions by the eldest daughter of an ‘impoverished Prussian Prince’.

Sculpted in marble in 1773 by Jean-Antoine Houdon (1741-1828) a French neoclassical sculptor, a portrait bust of Catherine II (1729-1796) Empress and Autocrat of all the Russia’s is one of the 500+ treasures of art and design traveling to Australia; an exhibition coup for the NGV International at Melbourne

Houdon was famous for recording philosophers and political figures, as well as the ‘Who’s Who’ of the enlightened age in which he lived.

A winner of the renowned Prix de Rome, Houdon combined the elegance of classicism with gritty realism as he captured the Empress, whose name wasn’t Catherine at all but Sophie von Anhalt-Zerbst.

In 1744 when she was only 15 years of age the Czarina Elizabeth, a daughter of Czar Peter the Great invited her to Russia.

She was looking for a bride for her nephew.

Given the name Ekaterina or Catherine, clear headed and ambitious Sophie converted to Orthodox Christianity, changed her name and married Peter III (1728 – 1762) in 1745 when she was 16 and he was 17.

The marriage was political one and they were not happy, the couple both engaging in numerous extra marital affairs over the years. He had many personality disorders, while her youth, natural intelligence and passionate love for her new country Russia gained her many supporters.

When Catherine’s husband Peter III (1728-1762) succeeded to the throne in 1762 following the death of his aunt, he began making erratic decisions and unpopular reforms.

This caused fear and rebelliousness in the ranks.

His wife gained the support of the military arranging in a bloodless coup d’état just six months later that he abdicate, leaving her in a position to take complete control.

Strangled eight days later although she was never implicated, his terrible fate sealed Catherine’s own.

She became Empress Regnant of Russia, presiding over what is often described as Russia’s golden age.

Catherine was crowned Empress and Autocrat of all the Russia’s on 22nd September 1762 and Catherine II known as Catherine the Great (1729 – 1796). Sexually independent, she attracted scandal and gossip wherever she went. Comfort was sought in reading, expanding her knowledge and love of the arts aided by the enlightened elements of the aristocratic society whose circles she moved within where she made her liberal opinions known. 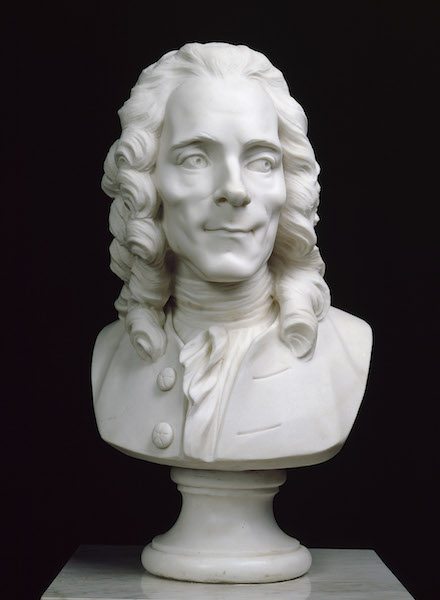 Her diplomatic prowess became legendary as she extended the borders of her empire, adding some 200, 000 square miles to its territory.

She set up a ‘Northern Accord’ with many of her neighbours and entered into a commercial treaty with Britain in 1766, subdued the Ottomans and annexed the Crimea in 1783, waged war against Persia in 1796 and sought recognition as an ‘enlightened’ woman and Empress.

She enacted Treaties, acted as a mediator between warring states and cleaned up Russia’s system of government while endeavouring to set up trade with Japan and that’s only the half of it.

She studied, consulted and embraced the ideas of the Enlightenment with great alacrity.

Renowned French philosopher Voltaire, with whom she corresponded for 15 years called her ‘The Star of the North’ and for him and for many others she twinkled brightly in the firmament.

She was a talented, creative woman of influence who was an acclaimed writer herself, cultivating the literati of Europe, including the French encyclopaedists.

When Voltaire died she mourned deeply despite never having met him, acquiring his collection of books and placing them in the National Library of Russia. During her lifetime Catherine the Great became renowned as a notable patron of the arts, literature and education.

She believed education was the key, and educating children the best place to start reforming the hearts and minds of her people. Hers was a long-term view.

One of the fine French works in her collection is by Jean-Baptiste Perronneau (1715-83) who specialised in portraits using pastels.

During the 1740’s he recorded an unknown author’s brother, a study holding his brother’s book.

This lovely work owes a great debt to the softness of the painter’s preferred pastel medium, although it is superbly captured in oil on canvas, revealing a portrait of a fragile youth with great warmth and tenderness

Catherine also championed women, and the noble young ladies of her age were taught French, musicianship and dancing.

Her educating zeal extended to the military through the Cadet Corps where young men studied until they were 21 and the curriculum covered the sciences, philosophy, ethics, history and international law. The city of St Petersburg was a symbol of Russian culture and the Venice of the North, a city of enlightenment. All the principal Russian arts, literature, music, theatre, ballet were and remain to this day, inextricably linked to St. Petersburg.

At Tsarskoe Selo the Russian palace complex of their monarchs features examples of every style of architecture distributed through the park in an astonishing structural variety. Its gardens were designed to constantly create new views and lend great charm to a walk in the grounds.

Many of the great events in the history of Russian architecture of the period took place at Tsarskoe Selo where Catherine II refurbished its interiors until her death in 1796. In the Oranienbaum, the summer palace the style Chinoiserie an evocation of Chinese taste reigned supreme.

Catherine the Great remodeled an enfilade of rooms at the Oraniembaum so her guests could stroll through a sequence of Chinoiserie interiors. The fanciful design style Chinoiserie was the ultimate outcome and expression of a peculiar preference for pagodas, porcelains and priceless possessions passionately pursued in England and Europe for over four centuries. Catherine’s toilet service made in China is a truly delightful confection with an array of accompanying boxes of all shapes and sizes, the Toilette providing a perfect excuse for an extravagant service whose tiny pots held her cosmetics. 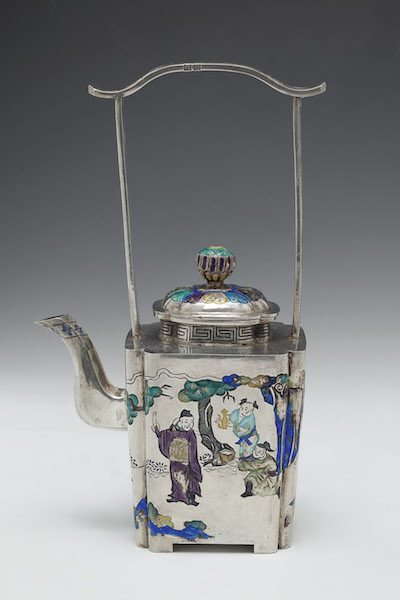 She worked with the Scottish architect and designer Charles Cameron who revealed his brilliance in rendering the neoclassical style being expoused in England by Robert Adam at that time and he exaggerated grandeur, sumptuousness and luxury as well as demonstrated an undeniable aesthetic sense.

It also involved the taking of tea, a popular pastime among friends.

When artist Madame Vigée Le Brun (1755-1842), formerly painter to Queen Marie Antoinette at Paris went to Russia, she vividly described her meeting with the Empress in her memoirs:

“the sight of this famous woman so impressed me… I found it impossible to think of anything: I could only stare at her. … her eyes were soft and sensitive, her nose quite Greek, her colour high and her features expressive”.

Catherine the Great addressed her admirer immediately in a voice full of sweetness, if a little throaty:

“I am delighted to welcome you here, Madame, your reputation runs before you. I am very fond of the arts, especially painting. I am no connoisseur, but I am a great art lover.”

An encyclopaedic history of for art lovers will be reveald in this fine and decorative arts collection second to none and visitors are going to enjoy a feast of all the senses when they visit Masterpieces from the Hermitage: The Legacy Catherine the Great of Russia at the National Gallery of Victoria.