The Lethbridge Gallery at Paddington in Brisbane has proved very popular as a home for artist Brett Lethbridge’s newest paintings, and to also provide a space in which other artists and art lovers can share the creative world by holding exhibitions and teaching others through offering artists workshops.

Commencing Saturday 3rd December until 16th December there will be an exhibition of the works of Ai Shai, Winner of the 2010 Lethbridge 10000 Small Scale  Art Award. Ai will present a new collection of her wonderfully detailed paintings. For the first time she will also share her own inspirations and techniques for capturing the fluid beauty of water using oil paint by holding her own workshop. Ai Shah moved to Australia with her husband in 2005 from Japan and started studying oil painting with well known Brisbane artist Marcel Desbiens who is also an exhibiting artist at the Lethbridge Gallery. Ai is fast developing a reputation for her exceptional painting skill and compositions.

Multi-award winning internationally renowned painter and cartoonist Brett Lethbridge has gathered around him a group of very fine artists at Brisbane, all of whom seem intent on reworking and re-inventing the landscape of contemporary Australian art. His own prodigious talent and technique, developed during his own passionate pursuit of art, has established him as an exciting Australian contemporary artist.

Brett began his drawing and painting career in 1998 after he completed a degree in Law. He won numerous awards and extended his artistic pursuits in Europe. Brett had a financial ‘break’ when offered $10,000 for a commissioned work, while exhibiting at Hamburg.  That commission allowed him to stay in Europe to develop his technique further. Having spent time at Siena, Italy he exhibited in numerous international exhibitions at Singapore, Germany, New York, and in Romero Britto’s gallery at Miami, Florida.

It is well to give when asked but it is better to give unasked, through understanding*

As a result of these experiences Brett established his own gallery on Latrobe Terrace at Paddington in Brisbane where he has since offered an independent art award with a prize of $10,000 annually for small scale art works. Brett wanted to give back to the arts community because he understood just how important receiving that first $10.000 was in establishing a career.

I prefer to be a dreamer among the humblest, with visions to be realized, than lord among those without dreams and desires. 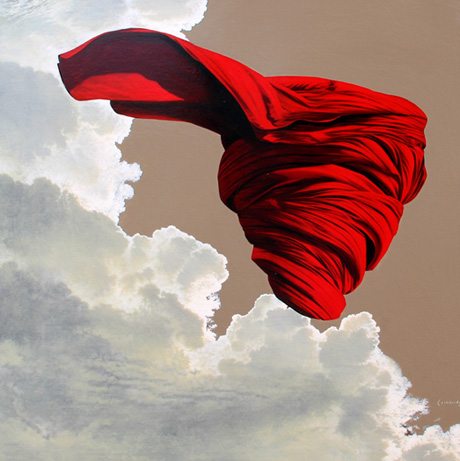 Returning to Australia in 2002, Brett continued to develop his vision and artistic creations with great passion, energy and commitment. He became a cartoonist for the Courier Mail and his witty comments on political and social life were so well received that he won awards in that very competitive arena.  In May 2004 he opened the Lethbridge Gallery and today he spends time at Sydney and Melbourne exhibiting at Art Fairs and special occasions, where he is able to meet and greet the people purchasing his works.

For the moment he seems to have two styles, one in which he uses fabric that is caught up in a vision of love expressed by the textile through its form and grace as well as time and space. This is something he seems to feel deeply. The second style reveals his alter ego, the witty, erudite man whose ‘family’ are often outlines on monochromatic backgrounds. What is really happening beyond their somewhat appealing, although sometimes misshapen facades?  They are not enchantingly pretty, but engaging in a deeply personal way.

Highly evocative, the works of Brett Lethbridge are really exceptional. Many would say sublime. They seem often to be straining to break free. His ‘family’, horses and other people have joined his visionary journey, leading to a Promised Land (work on canvas 240 cm x 100 cm) and Come To Me. It is confrontational, at a point where two people step over the line and begin invading each other’s space. Is it a fight for territory or, a statement about establishing boundaries and respecting each others viewpoints? I admit I like his work so perhaps I am biased. To discover his works you will need to get up close wherever, and whenever they are ‘on show’. So best to bookmark the gallery website so you can tune in regularly.

As well as wonderful works on canvas, Brett Lethbridge crafts amazing Bronzes in Limited Editions. He also offers Prints of certain works in Limited Editions and is available for commission work. He especially enjoys projects involving large scale pieces, where he can work creatively with the client to produce something that is satisfying for both parties that moves beyond his collections.

In the sweetness of friendship let there be laughter, and sharing of pleasures. For in the dew of little things the heart finds its morning and is refreshed*

Following Ai’s exhibition Lucy Bonnin, Winner of the 2010 Lethbridge 10,000 and artist Jodie Wells will offer their small scale works in a final exhibition before Xmas.

Joel Rea has a vision that is also vast and his paintings are truly spectacular. In April 2012 he will produce an exciting new show, and we will report on that closer to the time. 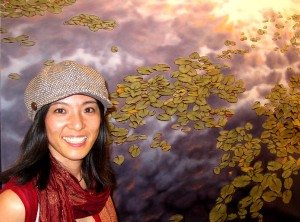 *Quotes from The Prophet, Kahlil Gibran

In Series 1 Episode 2 the Medici come up against the city of Florence’s most vocal family the Albizzi, nobility who by 1427 were richer than their Medici rivals