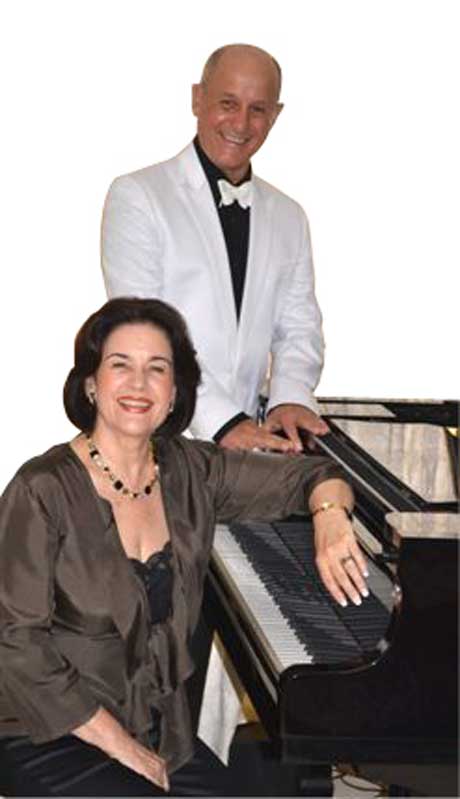 There is nothing more relaxing than enjoying ‘live’ beautiful music while sitting beside a crackling fire in a friendly, intimate ambiance, especially when that music is provided by two of Australia’s most admired professional musicians.

At Wayville in South Australia in July Brisbane based soprano Judith Henley and pianist John Colwill, will perform duets for voice and piano at a ‘house concert’.

Judith and John will entertain and enthrall with the music of Strauss, Duparc, Schumann, Obradors, Granados, Korngold, Leoncavallo, Gilea and Copland. If you are in Adelaide and up for a special experience be sure to book as soon as possible.

The concert is entitled
Life and Love – A Woman’s Journey.

Judith Henley is one of Australia’s most experienced and versatile sopranos. She has performed more than 30 major roles overseas and with all of Australia’s opera companies. Her repertoire ranges from Gilbert and Sullivan and operetta to musical comedy and the romantic heroines of Puccini and Verdi.

She has received critical acclaim for her portrayal of Violetta in La Traviata, Mimi in La Boheme, and the Countess in The Marriage of Figaro. Judith also has an extensive concert repertoire, which she has performed with many Australian and overseas orchestras. She has also performed in a Royal Gala Concert at Kensington Palace.

John Colwill is a free-lance musician and educator, based in Brisbane. He presents for Opera Queensland, Musica Viva and The Queensland Orchestra, as well as Opera at the Rock, Boonah, Jazz meets Opera, Grandchester and Opera at the Channon, Lismore since it inception in 1998. At the piano he has directed music theatre and opera productions for QPAC, Arts Theatre, La Boite and CQCM. He performed with Helen Noonan for Chamber Maid Opera in Edinburgh, Judy Glen from Spaghetti Opera for NARPACA, Karen Knowles and Giuseppe Sorbello for the QAC. He has often accompanied distinguished singers Andrew Dalton, Margaret Russell, and Geoffrey Ashenden.

With Judith Henley, Irene Bartlett and Viv Middleton he has presented the Queensland Premier’s Seniors Christmas Concerts since 2001. John studied music, science and medicine at the University of Queensland and music pedagogy at the Kodaly Institute in Hungary. In the 80’s and early 90’s he was Music Critic for the Courier Mail and lectured in voice and music at QUT’s Academy of the Arts. In 1999 he lectured in singing at the Central Queensland University, Mackay Conservatorium and in 2003, in piano for the University of Queensland. Since 2004 John has presented a piano pedagogy course based on a new method of teaching piano to young beginners at UQ’s Summer Program. In April 2004, he presented these Piano Play concepts to MTAQ teachers at the inaugural Alan Lane Memorial Professional Development and also at KMEIA’s ECC in 2004 and 2005 and lectured at KMEIA’s National Conference in 2006. There are 3 volumes of Piano Play published by Clayfield School of Music. John is a member of ANATS, KMEIA and a councillor of MTAQ.