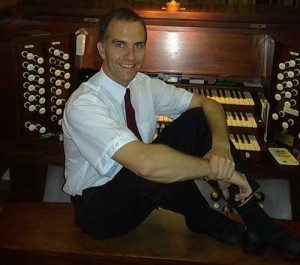 Organist Greg Hartay-Szabo has combined with soprano Judit V. Molnár and his colleagues Sally Law Violinist, Trumpeter Ashley Moor, Stephen Phillips Violinist, Soprano Elizabeth Shearer, Belinda Williams Violist and Tenor Robert Shearer to produce the first flood relief concert for Brisbane City to offer support for those affected by the devastating floods surrounding ex Tropical Cyclone Oswald. The concert ‘Lift Up Your Heads’ will be held on Sunday 3 March at 1:00pm in the famous Brisbane landmark ‘wedding cake church’, the Albert Street Uniting Church. The program includes a selection of works from German composers Johann Sebastian Bach (1685-1750) and Johannes Brahms (1833-1897) especially highlighting his Violin Sonata in G major 1st movement. Works by the German born British Baroque composer George Frideric Handel (1685-1759) and the eighteenth centuries most prolific and influential composer Austrian born Wolfgang Amadeus Mozart (1756-1791) will be sure to draw a crowd. Mozart’s light and graceful works display the maturity of his style ad are the polar opposite of his passionate works often reflecting life’s darker moments, although all continue to promote his genius. 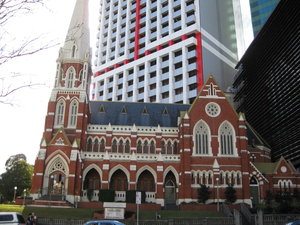 Works by Henryk Wieniawski (1835-1880, a Polish Violinist, include his difficult violin showpiece the Scherzo-Tarantella sure to raise spirits. The grand highlight will be the famous March for Organ on a theme by Handel “Lift Up Your Heads” by French organist and composer Alexandre Guilmant (1837-1911). Interestingly Guilmant toured America three times, performing in major churches and concert halls, and played forty recitals at the St. Louis 1904 Exposition. Since the American public had never heard or seen organ playing like his, Guilmant immediately became a celebrity. The Guilmant Organ School at First Presbyterian Church in New York became one of the leading institutions for the study of organ and church music in America until it closed in the early 1970’s. When he died a tribute published in 1911 said of him…After all, he will leave us the unforgettable memory of a large artist who, to his talent, joined a priceless virtue: kindness. Which is what this concert is all about. Albert Street Uniting Church, cnr Albert & Ann Streets, Sunday March 3 at 1:00 PM, Admission at Door $20/$15 Concession.