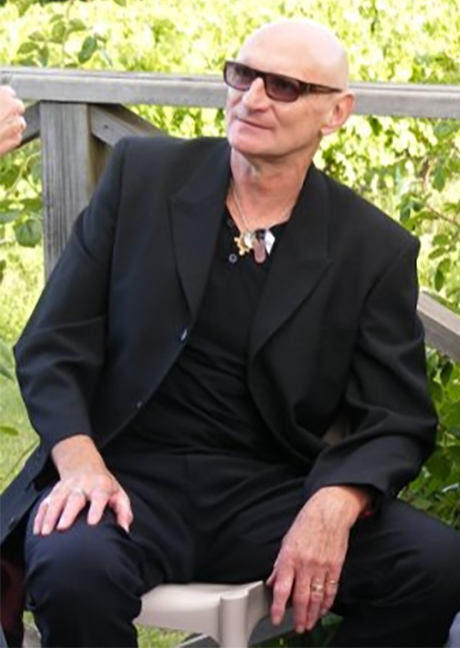 The Tasmanian Times (TT) has, over the past eighteen years, become a vital aspect of the Australian media landscape. Larger than life, its founder, editor and publisher Lindsay Tuffin, has been a great contributor.

At its very essence, the TT has succeeded so well, because it has been operated by a man of influence and integrity.

Professionally iconic; passionate about truth and justice, as well as keeping up with changing times, Lindsay Tuffin has been a journalist for more than four decades, working throughout Australia and in the UK, from parliamentary reporter to editor.

Under Lindsay’s guidance, many articles in the Tasmanian Times it could be said may have ruffled a few feathers. However, if we want something enough, and wish to make a point, we have to be prepared to stand against the tide of those people fearful of change, which in a progressive society is constant.

It would be easy to subscribe to a miserable philosophy that nothing can be done by the influence of individual character in the modern age. It is people like Lindsay Tuffin who will prove that theory is often wrong in practice. 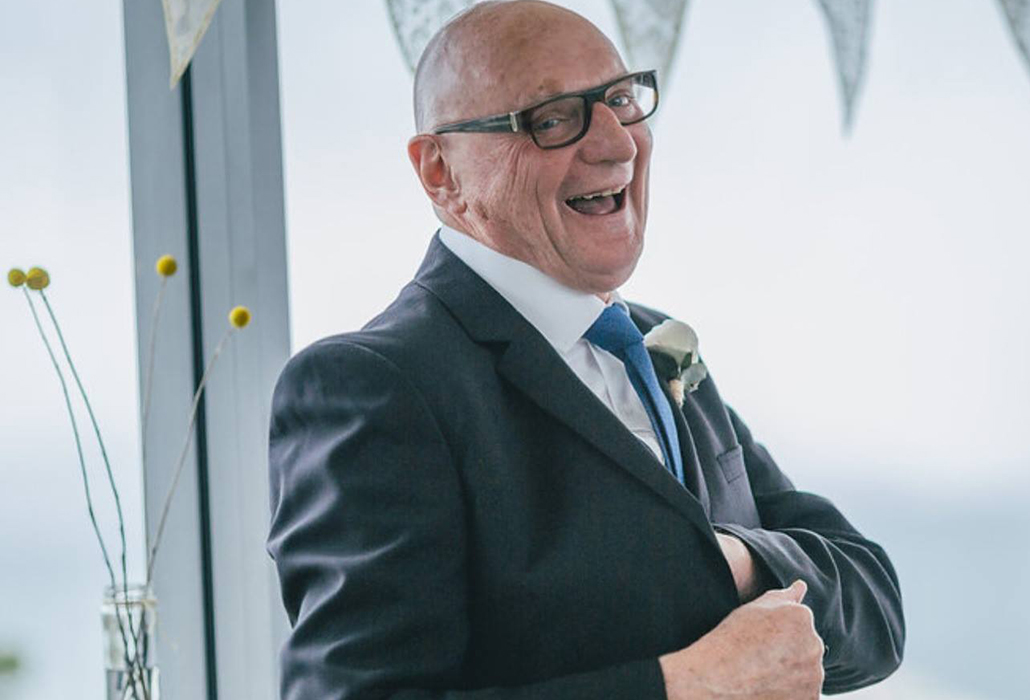 Lindsay Tuffin, news writer, editor and publisher of the Online Tasmanian Times, a man of influence and perception

As Lindsay Tuffin’s caring son, Richard commented, “… there will be a point where they will all owe his wonderful Dad a debt for keeping the lights of independent journalism burning for as long as he could” he said.

‘What a wonderful young man Richard is, contacting me to let me know on March 5, 2019, which is today in fact, his father will post a note of closure and asking would I care to comment. 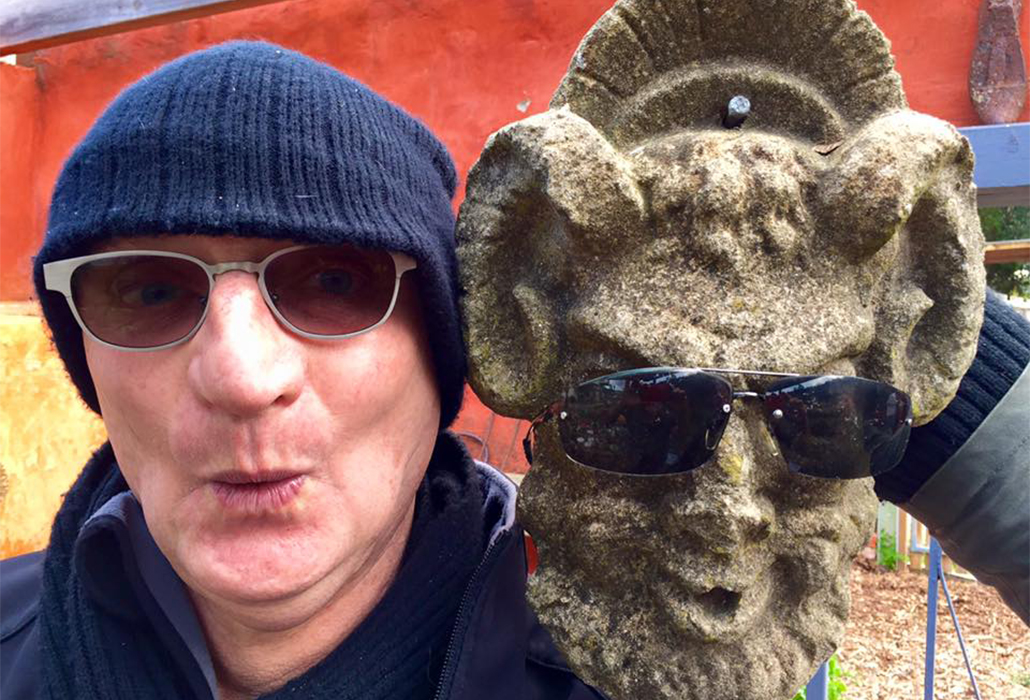 Lindsay Tuffin, news writer, editor and publisher of the Online Tasmanian Times – a bit of a wag really.

Indeed, I would. Encountering Lindsay on my life’s journey I would have to say has been both an enriching and enlightening experience. He’s witty, a bit of a wag really, and he helped this old Mainlander a great deal, by raising the bar of excellence in Online communication, challenging the rest of us to keep up with him.

He leaves behind him a rich legacy of truth in journalism. 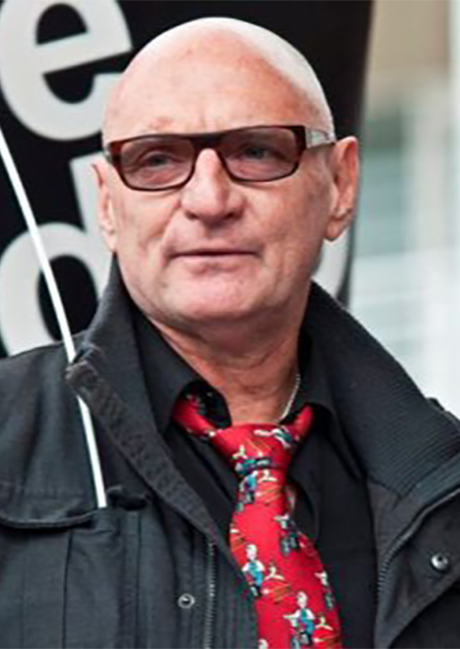 Meeting Lindsay in person for the first time happened when I went to Hobart in late March and early April 2014, to indulge my own passion for Baroque music.

The meeting turned out to be both a privilege and a pleasure, as well as the beginning of a happy correspondence ever since.

Along the way I discovered Lindsay started his fabulous forum of discussion and dissent, because he wanted to provide a ‘cheeky, irreverent challenge to the mass media’s obsession with popularity, superficiality and celebrity’.

He certainly achieved his goal.

Quickly discovering Lindsay Tuffin was not only a great character, but also a champion orator for saying it how it is, I soon understood we also had a number of other experiences in common.

Lindsay confessed to loving lots of riding on his motor bike; to running daily (well I used to do that for years, but these days I walk fast instead), as well as enjoying good conversation although always with wine and food.

My own passion for culinary delights as a means to converse with people from all walks of life and backgrounds, has been of great importance to me too during my lifetime. 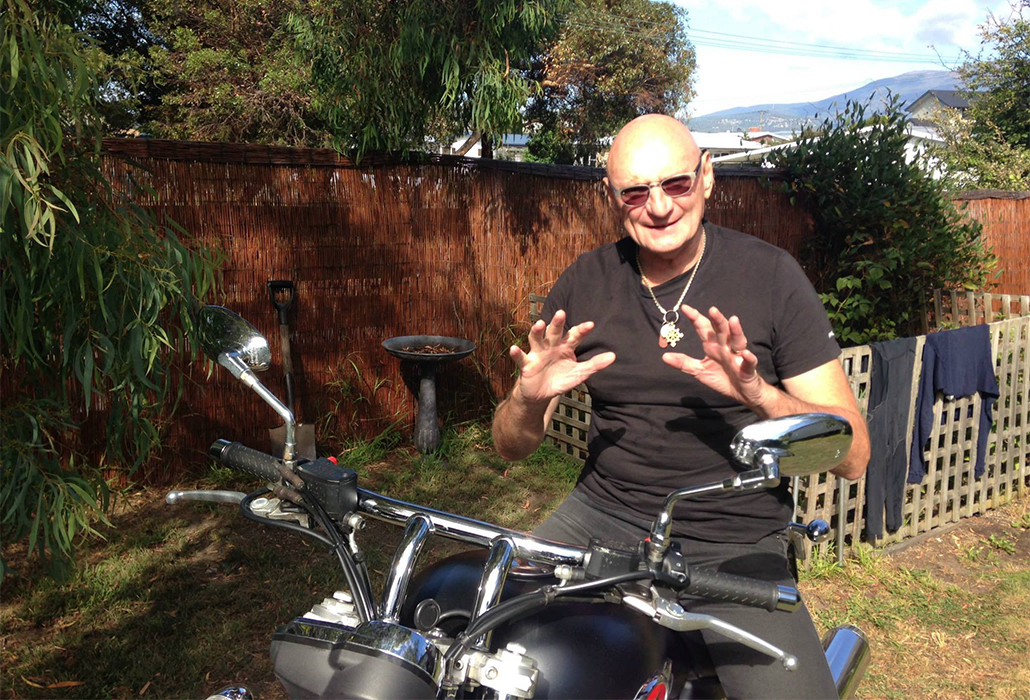 Lindsay Tuffin, news writer, editor and publisher of the Online Tasmanian Times on his best bike!

Then there was the fact daily we mainly worked alone, with input from contributors coming in via email. While this may sound desirable for many, it can be hard too.

Sometimes you are just dying to talk out an idea with someone else, but the person you need to do that with is unavailable. So, motivating yourself and believing in what you are about is often the only way forward. Being fearless in some respects is also the key.

Personally, Lindsay has embraced and acted upon German philosopher, cultural critic, composer, poet, philologist, and Latin and Greek scholar Friedrich Nietzsche’s notion ‘… the individual has always had to struggle to keep from being overwhelmed by the tribe’.

Lindsay earnestly believes ‘…no price is too high for the privilege of owning yourself’, which is a tough credo in our day and age because the way we live our lives, both professionally and personally, is being challenged at every turn.  He admits on closure, to being ‘exhausted’ by it all and advises as an archive, the website will remain. 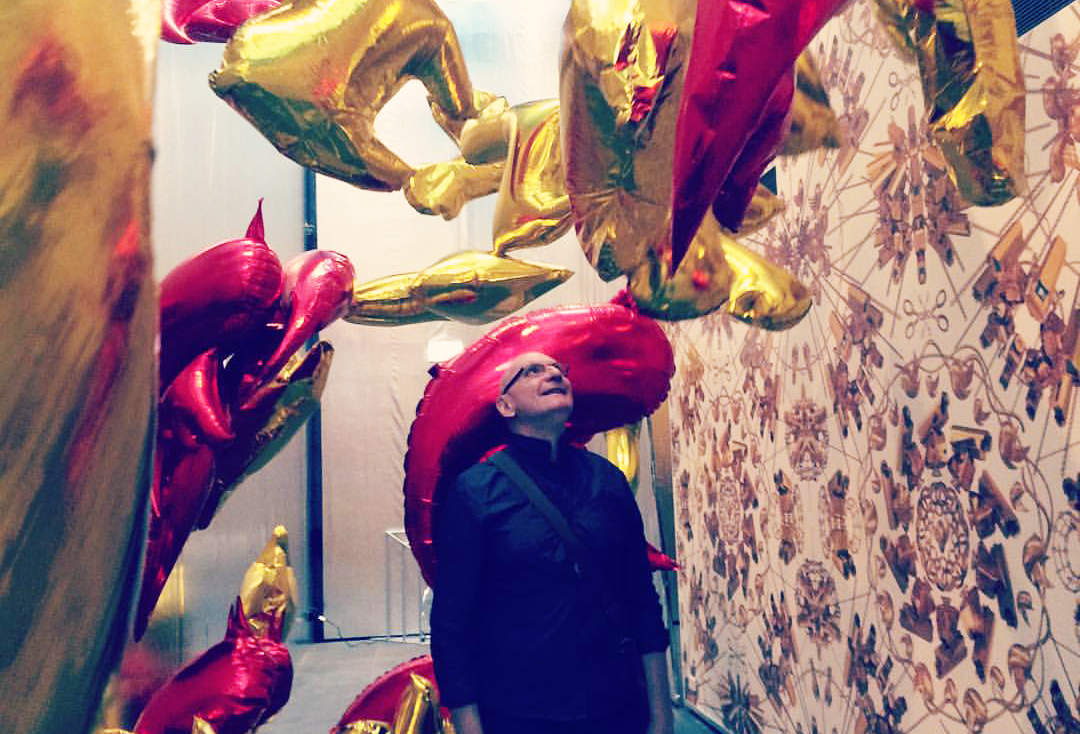 Lindsay Tuffin has during his time at the helm of the Tasmanian Times addressed the gap between the world we say we want, and the world that actually exists due to our actions. 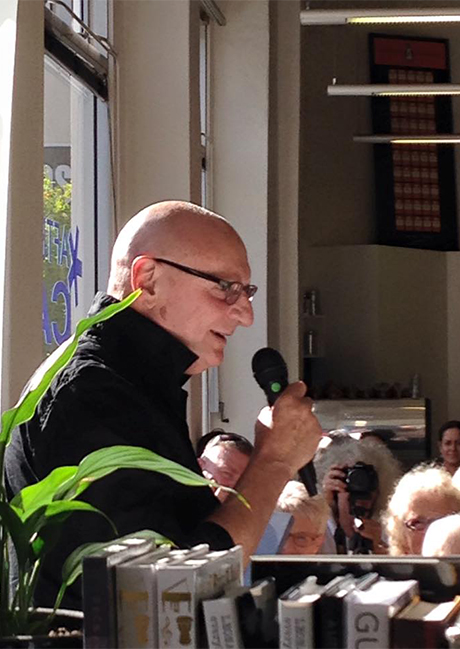 While this can often be further apart than we imagine, it is only a gap bridged through knowledge and truth delivered honestly.

Lindsay’s daily work has been, especially for all his media friends and colleagues, a wondrous example of ‘love made visible’.

He’s proved time and time again he would definitely “… prefer to be a dreamer among the humblest, with visions to be realized, than lord among those without dreams and desires”.*

Go well dear friend, keep your optimism close; I believe the future will be far brighter than we know!

NGV Triennial Dec 15, 2017 – April 15, 2018 with works by 100 artists and designers from 32 countries, offers a detailed snapshot of contemporary art and design