Connected by poetry and themes of love and life, the five songs in a song-cycle for voice by Austrian late-romantic composer Gustav Mahler (1860 – 1911) written on poems by German literary master of languages Friedrich Rückert (1788 – 1866) will be a highlight of a recital presented by the Australian National Academy of Music (ANAM). The Gala Concert will be held on Friday August 19, 2016 at 7:30 pm at the Melbourne Recital Centre in the stunning acoustic of the Elizabeth Murdoch Recital Hall and performed by operatic soprano Lisa Gasteen AO. She will be accompanied by the ANAM orchestra to be conducted by maestro Simone Young AM.

Today many consider “Ich bin der Welt abhanden gekommen“, I am lost to the world, Mahler’s greatest of the songs. It is a work of immense personal significance for Mahler, who believed it reflected his very self. He was so pleased with it he reused much of the music again in his now famous Adagietto from his Fifth Symphony, composed during the summer of 1902.

Born in Brisbane one of Australia’s most acclaimed singers Lisa Gasteen achieved international fame with her performances in the epic operas of nineteenth century German composer Richard Wagner (1813-1883), which catapulted her to fame on the world stage earlier this century.

In 2002 Rodney Milnes of The Times said of a performance in London “The top of her voice is bright, athletic and apparently tireless and lower down it takes on rich, solid colours … you have to search back for many a year to find so naturally gifted an Isolde,” 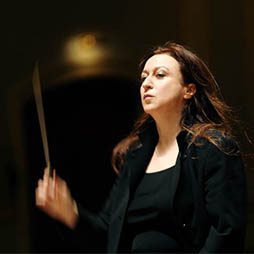 Sydney born Simone Young has enjoyed a distinguished career, including ‘… conducting in all leading opera houses throughout the world, including the Opéra National de Paris, the Royal Opera House Covent Garden in London and the Metropolitan Opera in New York. Now a much in demand freelance conductor, she returns here to working as a Wagnerian specialist, with one of the greatest singers of his works in recent musical history.

“The Australian National Academy of Music (ANAM) is dedicated to the artistic and professional development of the most exceptional young classical musicians from Australia and New Zealand. Renowned for its innovation and energy, ANAM is committed to pushing the boundaries of how music is presented and performed.

During the year, the academy invites an impressive list of national and international guest artists to work with their musicians and faculty to present over 180 events including concerts, masterclasses and discussions. Contributing to the vibrancy of the local music culture, ANAM aims to inspire future music leaders encouraging audiences to share the journey.”

I live alone in my heaven,
In my love and in my song!

The German lieder tradition and high opera both seem so comfortable when the words and music are permanently conjoined; works which are all about continuing hope. Each side of the marvellous Mahler songs at the Gala Concert will be, like a pair of bookends, two stunning works of their times, which have a co-relationship.

The evolution of music as an art form suffered much in the post-Romantic period in human history, affected in part by the many depressing economic, political and movements surrounding society during the first fifty years of the twentieth century. Verklärte Nacht, Transfigured Night is a tone poem composed by Austrian-American composer Arnold Schoenberg (1874-1951), who created new methods of musical composition during the early decades of the twentieth century. It was based on a poem by Richard Dehmel, has become over the years since, one of his most well known compositions.

His great influence came through his pupils when as a teacher he intellectually stimulated his disciples, as he carried on his work in evolving tonality to create a new ‘sound’ in music.

By way of contrast, the concert will end with the rich and sumptuous music of friends, superbly designed for intimacy by candlelight for the listening connoisseur. It was part and parcel of the works of German composer Johannes Brahms (1833-1897) one of the leading exponents of the so-called Romantic age.

This was when a love of life so cherished by the ancients, was once again expressed through its music. By singing songs in praise of the past Brahms hoped to serve the future. His wonderfully developed grand manner piano style seems to sing out songs of unrequited love for his native Germany. 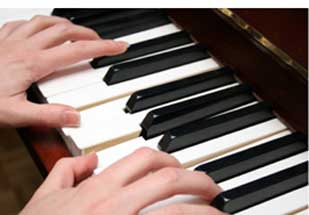 He was always striving for excellence, destroying works that did not attain his own high standard. He surmounted the challenges of musical history by echoing the past in works composed with care and circumspection, showcasing scenes of melancholy that infuse the heart with longing.

The conjoining of literature and music can seem securely comfortable at times, while on the other hand it can sometimes feel deeply uneasy together, much like a long-term relationship. The Romantic composers of which Brahms was a leading light, were all idealists infused with optimism. Their music became a spiritual force from the last two decades of the eighteenth century, until it finally perished at the end of the first decade of the twentieth century, seemingly the last great age of elegance and grace.

The Piano Quartet in G minor of Johannes Brahms was re-orchestrated by Schoenberg in 1937, because he did not want to hear the piano playing loudly over the strings, wanting to enable them both to bond beautifully in concert with each other.

This will be a special night.