There are no boundaries to success, if only you dare to reach for it* 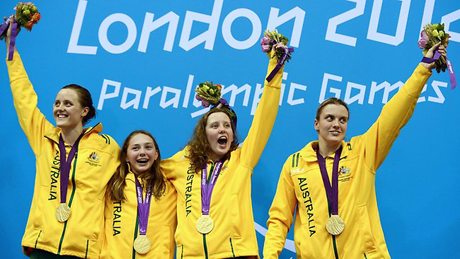 To the sounds of Cold Play and their inspiring song Viva la Vida, or Long Live Life, the London 2012 Summer Paralympic Games came to a close with emotions running high. They should become known as the power Olympics, because the extraordinary athletes from all around the world who competed showed outstanding courage. They defied all the odds, surmounted the obstacles and the barriers simply living life has put in their way by achieving brilliantly in the sporting arena. In so many ways they have equaled and surpassed the achievements of the Olympians who are not disabled. Australian Swimming marvel Jacqui Freney won eight remarkable gold medals and became our most successful athlete at a single Paralympics. The Aussie gold medal tally of 32 was indeed impressive and they will deserve a rousing welcome home. The final win by David Weir of Great Britain in the T54 Marathono gave him his fourth gold medal and he deservedly became the hero of the home crowd. 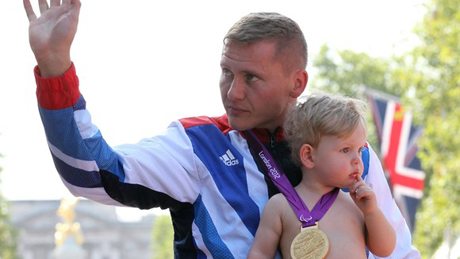 Paralympians all around the world want to live their lives on their own terms, as well as ensure that people in every day life accept their normality; that the injuries they have sustained, or the disabilities nature has bestowed upon them, do not in any way diminish who they are, what they do, their status and achievements. They want them to add up to them becoming the very best that they can be. Daily it has been inspiring to watch the competition, in and on the water, on a field of play or at the track. There would not have been a day that went by that many people were not moved to tears as a viewer, a family member or indeed, as a participant. How incredibly inspiring and motivating they have all been in victory and defeat. They deserve all our admiration and respect. These days the competition at The Paralympic Games focuses on the functional abilities of each athlete and the level at which they can achieve, which is how it should be. The outcomes of Paralympic competition then are based on athletic performance, rather than the differences that exist in the athlete’s disabilities. The very first Paralympian, a German gymnast, competed in the Olympic Games in 1904. It took us a while, but the first organized event for disabled athletes took place following World War II when a German Doctor, who had fled from Nazi Germany in 1939, hosted a sports competition for British World War II veterans with spinal cord injuries. The aim of Dr. Ludwig Guttmann of the Stoke Mandeville Hospital was to create an elite sports competition that would not only aid their recovery, but also given them hope so that they would recover the ability to deal with life on new terms, while inspiring others for whom the journey was proving very difficult. Their aims are so integral to what humanity should be about and striving to achieve on every level; one that honours what the founder of the modern Olympic Games Frenchman Pierre de Coubertin’s was wanting to achieve when he revived the games from antiquity over 100 years ago.

“The important thing in life is not the triumph, but the fight; the essential thing is not to have won, but to have fought well.” The first games, the 1948 International Wheelchair Games, were intended to coincide with the 1948 Olympics. These days the host city for the Summer Olympics hosts both and London in 2012 provided them with many diverse and incredible experiences. The Paralympic Movement has achieved enormous successes.

At the opening ceremony in 2012, where more than 4200 athletes took part from 166 countries, the applause was deafening. While the greatest welcome was reserved for the host team, Great Britain and its delegation of more than 500, all the other countries received a rousing reception as well. With confetti cannons firing and the crowd rising feverishly to its feet David Bowie’s We Could Be Heroes rang out, filling the cool night air; then the magic began. The Eternal Source of Light Divine was the theme providing a platform for the United Nation’s Universal Declaration of Human Rights. Eighty thousand people took a bite of the free apple they had been given on the way in, as a symbol for the renewal of life. 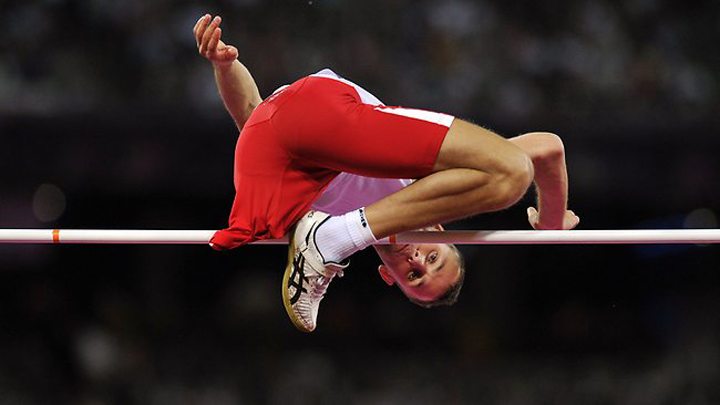 The milestones in The Paralympic Movement, include establishing the official Paralympic Games, no longer games just open solely to war veterans, but to disabled athletes from all around the world. It was first held at Rome in 1960, when 400 athletes from 23 countries competed. Since 1960, the Paralympic Games have taken place in the same year as the Olympic Games and today they also have both Summer and Winter Seasons.

The International Olympic Committee has written a commitment into its charter, which states 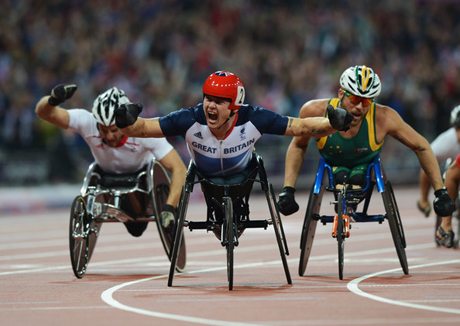 ‘The practice of sport is a human right. Every individual must have the possibility of practicing sport, without discrimination of any kind and in the Olympic spirit, which requires mutual understanding with a spirit of friendship, solidarity and fair play …any form of discrimination with regard to a country or a person on grounds of race, religion, politics, gender or otherwise is incompatible with belonging to the Olympic Movement’

Today it is accepted around the world that the single and most important aspect of any society and culture and its ongoing success is that we recognize the emotional state surrounding the ongoing idea of hope; it promises a belief in a positive outcome; makes a huge difference to humanities achievements and keeps us all moving forward towards a positive future.

If you give people hope it can, and will change any perceived or possible outcome. If you add optimism into the mix, then the sky truly is the limit. The space race and its achievements proved that beyond any shadow of a doubt. Greg Smith, a proud Flagbearer for the Australian Paralympic Team at London 2012

Greg Smith was the Australian flag bearer for the opening ceremony at London in 2012, which was truly inspiring for the team and the sport. Smith, a triple Paralympic gold medalist in athletics before he transitioned to rugby before the Athens Games, became the first player from a team sport to be given the high honour, in a ceremony at Cardiff Castle where the athletes have been housed. 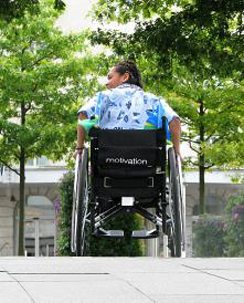 One of the proudest people at the flag bearer ceremony for the six Oceania nations competing was Hellen Saohaga, the Solomon Islands’ first Paralympian and their only competitor for London.

Saohaga also had a smile on her face for another important reason. The shotputter, born with seriously deformed legs, had never owned a seated throwing frame.

When officials from the Australian Paralympic Committee found that out they pulled out all stops and had one custom made for her in a hurry. Such is the Olympic and the Australian spirit of fair play. Saohaga and her team mates also shared the Australian experience while camping out at Cardiff Castle so that the Australians would be able to help the island nation gain a much broader experience of Olympic competition than they do normally, and before the serious competition began. The weather at London in 2012 proved to be both kind and fair at the Summer Paralympic Games. The athletes competed in six categories and in a myriad of events that were breathtaking in their conception and scope, catering for every type of disability. Watching the Australian 4 x 100 metre freestyle relay in the swimming pool, when the girls won, breaking the world record, was indeed a joy as was experiencing their humility following the event in an interview. Like the phoenix who is always rising from the ashes, Paralympic athletes relished their opportunities to compete, while living on their nerves and the hype of the excitement about just being in London while concentrating well on getting the job done.

Just to be there was enough for them all in so many ways. For those who succeed so handsomely London 2012 must have been the penultimate and an experience and memory that will take them a while to assimilate and come to terms with. As the closing ceremony proceeded tears rained down once again, spurred on by a belief that they had come, competed and conquered and now could enjoy feeling relief, take an opportunity for a respite and reflect on all that it had meant to them on an individual basis.

As the games conclude and the Paralympians return home there will be a multitude of stories about the heartache and the struggle, about the successes and failures about the highs and lows that they will no doubt share with family and loved ones all around the world. They will also be stories that illustrate their courage on a grand scale.

Pressure and expectation come with being a member of any team that represents its country nationally and internationally. The Paralympian’s have proved time and time again that they are up for the challenge and confident about the outcomes that hope provides.

When Courbertin was asked “Why did I restore the Olympic Games? He answered:

To ennoble and strengthen sports, to ensure their independence and duration, and thus to enable them better to fulfill the educational role incumbent upon them in the modern world.”

The competitors in The London Paralympic Games of 2012 are sure to inspire more than just a generation. They fulfilled ever aspect of what it means to be an Olympian, a true champion and hero.