Billed as a romantic comedy by distributors Studio Canal, Long Shot, a film directed by Jonathan Levine and written by Dan Sterling and Liz Hannah, is in reality a multi-layered comedic cultural and political love story, both on and off drugs, which I imagine most people will enjoy.

It is distinguished by the odd couple styled chemistry of its two leads, producers and stars Charlize Theron (Charlotte Field) and Seth Rogen (Fred Flarsky) who with their co-producers, are also stimulating a conversation around where we would draw the line between ethics and politics today. 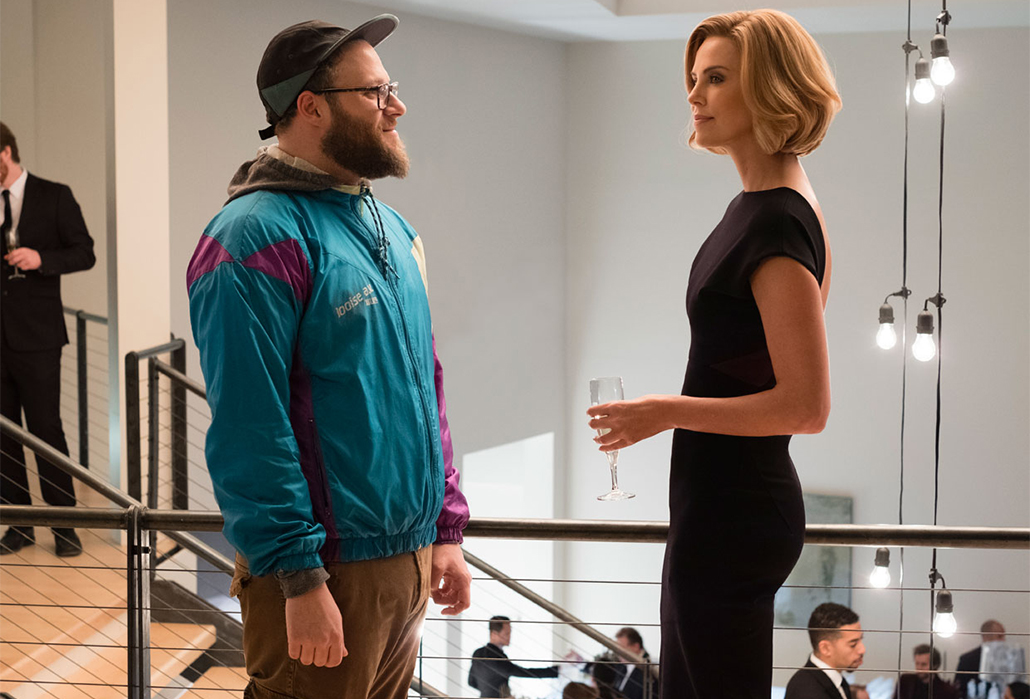 Unlikely, but not impossible as a couple, the classic Venus and Vulcan, the goddess Aphrodite, aka Charlize Theron and god Hephaestus, aka Seth Rogen, prove knowledge is power and there is nothing more powerful than that of people’s perceptions, as Long Shot examines the qualities we would expect to be integral to the character of a societal and political leader in our own day and age? 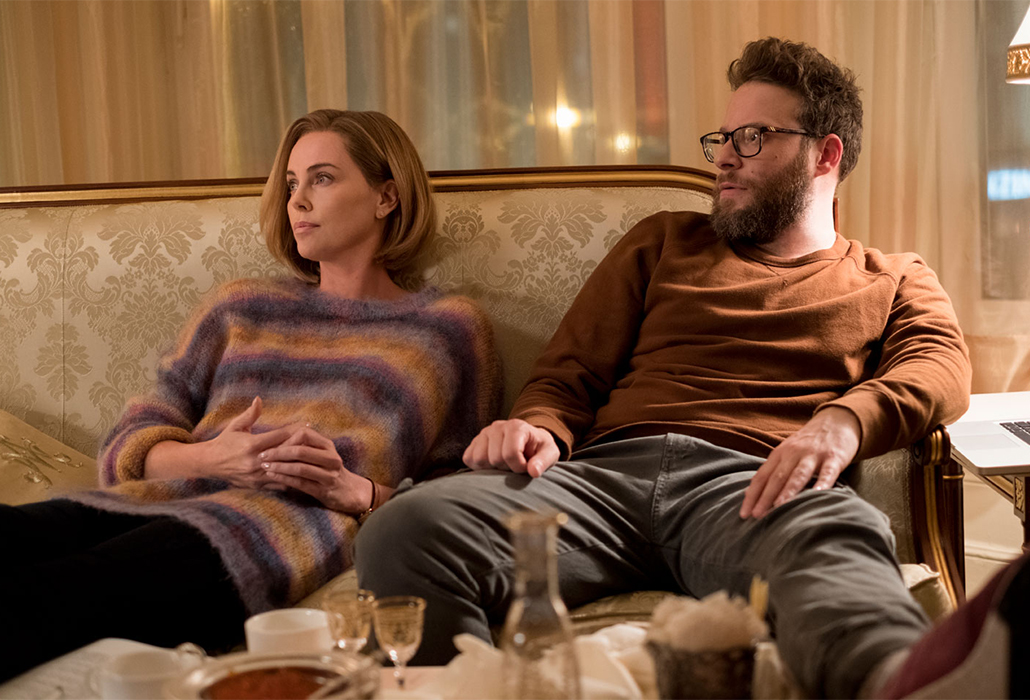 The action going down certainly incites us all to reflect on what is the best outcome for the greater good. You may find yourself asking as well, is it about the enjoyment of happiness, or the fulfillment of duty? You will need to see it for yourself if you seek to decide which notion espoused is the most honest or authentic. 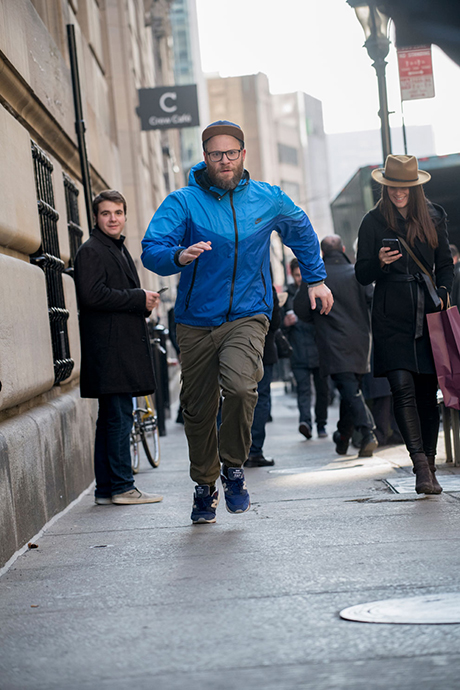 The movie opens with journalist Fred Flarsky going undercover to infiltrate a room full of neo-Nazi’s who quickly have his mettle. They seek to take him down, while he’s in the middle of having a swastika tattooed permanently on his arm.

His lunatic escape from their clutches reminded me of the early days at the movies with Laurel and Hardy and slapstick, which has no basis in realism, in fact, quite the opposite to the stance Fred expects from those around him.

His unflinching beliefs have remained unchallenged by those around him, until he suddenly discovers his best friend of years Lance (O’Shea Jackson Jr) is a republican. What the f….!

The ‘f’ word is an expletive, which remained more or less unspoken during my formative years, but is today given full reign when you are out and about in society. In fact, it is a highlight punctuating mark of this movie, used constantly by everyone all of the time, leaving me wondering if the dialogue would have worked just as well without it? 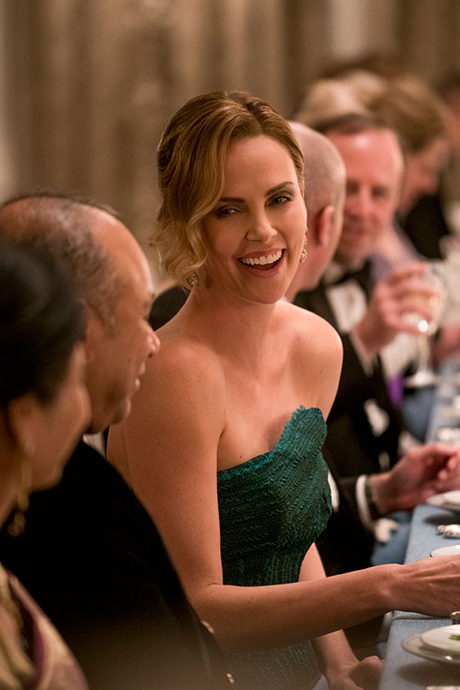 Charlize Theron as Charlotte Field, Secretary of State of the United States, in Long Shot

Secretary of State Charlotte Field is a diplomat, in every sense of the word; many of her political achievements have been brought about by her considerable abilities in enacting the ‘art of compromise’, at which as an influential multi-tasking intelligent woman, she excels. She’s also gorgeous!

Fred is bowled over completely when he meets up with her again, as he attends a function with Lance, featuring their mutual favourite band, Boyz II Men.

Charlotte, it seems, lived next door to Fred growing up and had been his babysitter when they were teenagers. She was also a 16-year old idealist, when they last saw each other, and the memory for him is embarrassing.

He remembers how much he was in love with her and how they used to debate political issues during their times together. At the time she was wanting to take on the world and he, not only put her up on a pedestal, but also expected her to remain on it; a goddess, wise and wonderful. 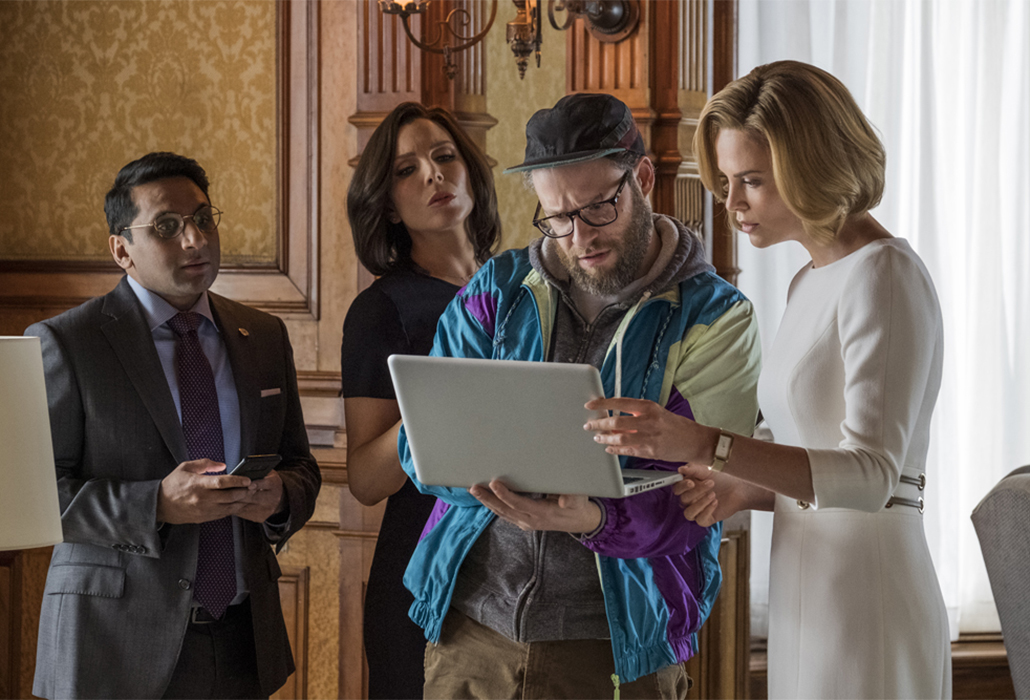 Having met up with Flarsky again, and feeling her old attraction to his oddball screwed up character, it seems right to Charlotte, when finding out he’s met morphed into a great writer, they should now work together.

So, she hires him to refine her speeches, because she believes he knows her so well. But does he? Or better still, does she really know him are the questions his best mate Lance keeps asking? 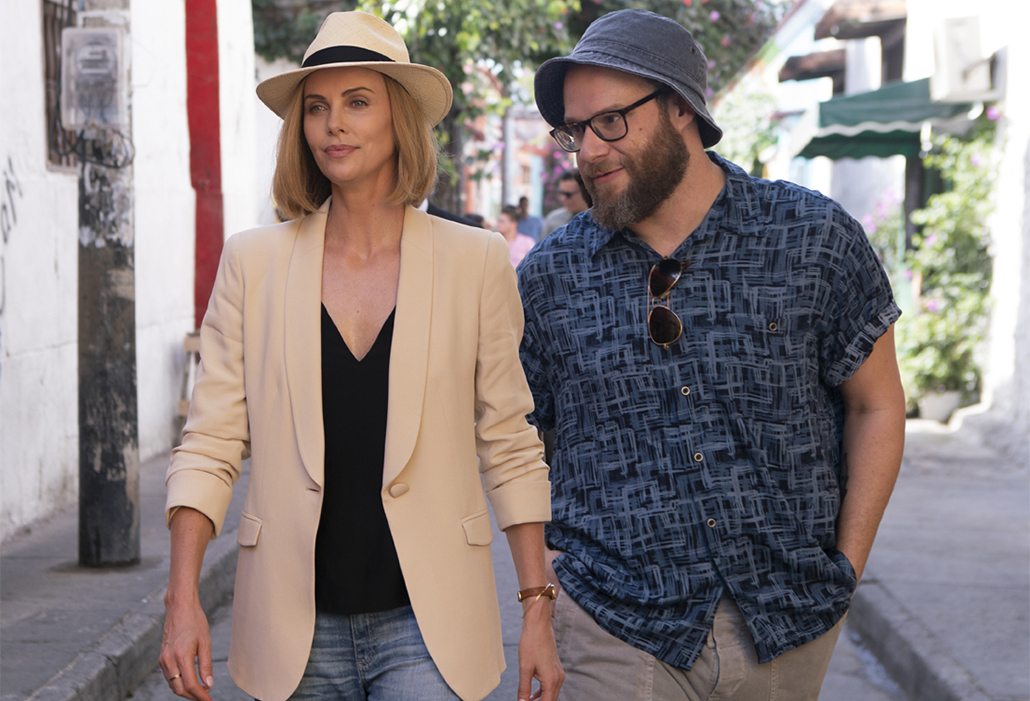 Having resigned recently from his paying job over a point of ethics, Fred who has drawn his line in the sand, very quickly is saddened and disappointed to find out Charlotte hasn’t decided where hers actually lies.

She has in fact, let go of many of her former ideals in her desire to go after the top office job; Ms President. 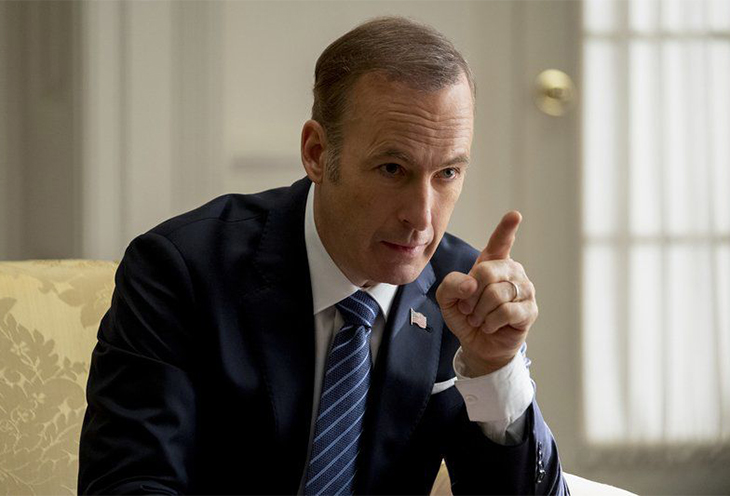 Bob Odenkirk plays the president of the Uninted States in Long Shot, Philippe Bosse-Lionsgate via AP

The current popularly elected President (Bob Odenkirk) in his first term, has recently let his Secretary of State know he is wanting to leave office and become a movie star.

Well why not, it is for him a far more appealing career option, especially now he’s found out what being the man at the top of American politics really means; responsibility… goodness, what a big issue it is. Discovering he has to care about everyone else, before himself has meant a rude awakening. 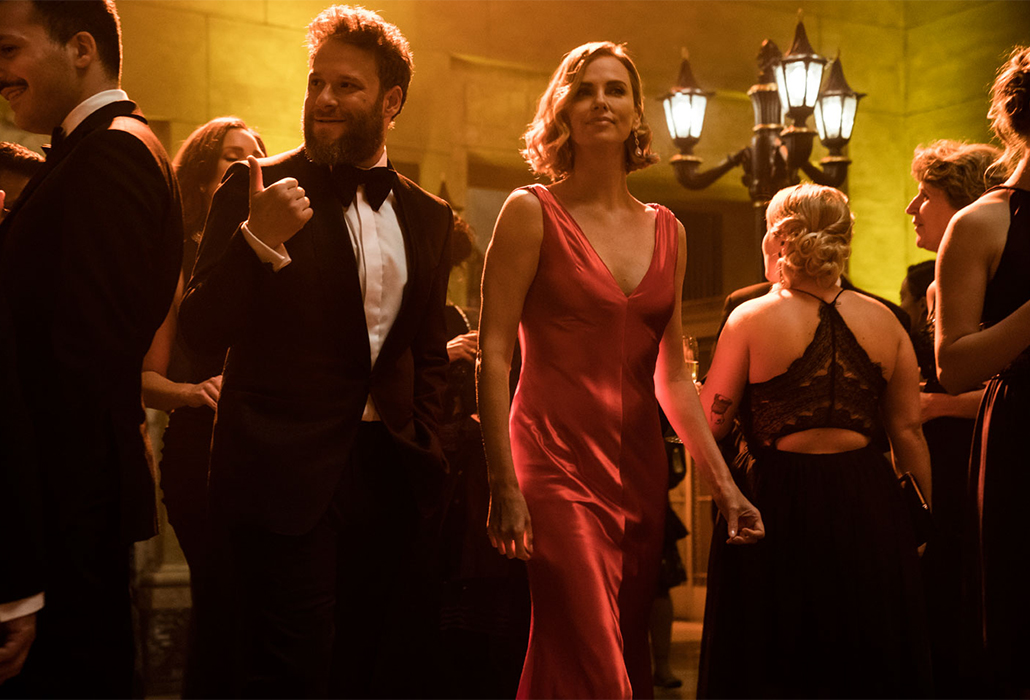 Fred discovers Charlotte as a mature woman, seems to believe you can compromise all the way until you get the top job, and then, and only then, can you turn to, and start embracing actual truth.

However, as Fred reminds her, in reality life and politics do not work that way. He suggests that if she keeps it up, the greater public will not ever trust her to lead their country into the future, a point she needs to ponder.

Meanwhile… the party continues nightly where Charlotte is being constantly photographed and paired off by the media with the Prime Minister of Canada, James Steward (Alexander Skarsgård), who enjoys his own public face of perfection.

She finds out first-hand, he is anything but unblemished in private. Dancing the ‘True Lies’ tango together wonderfully slaps of irony. 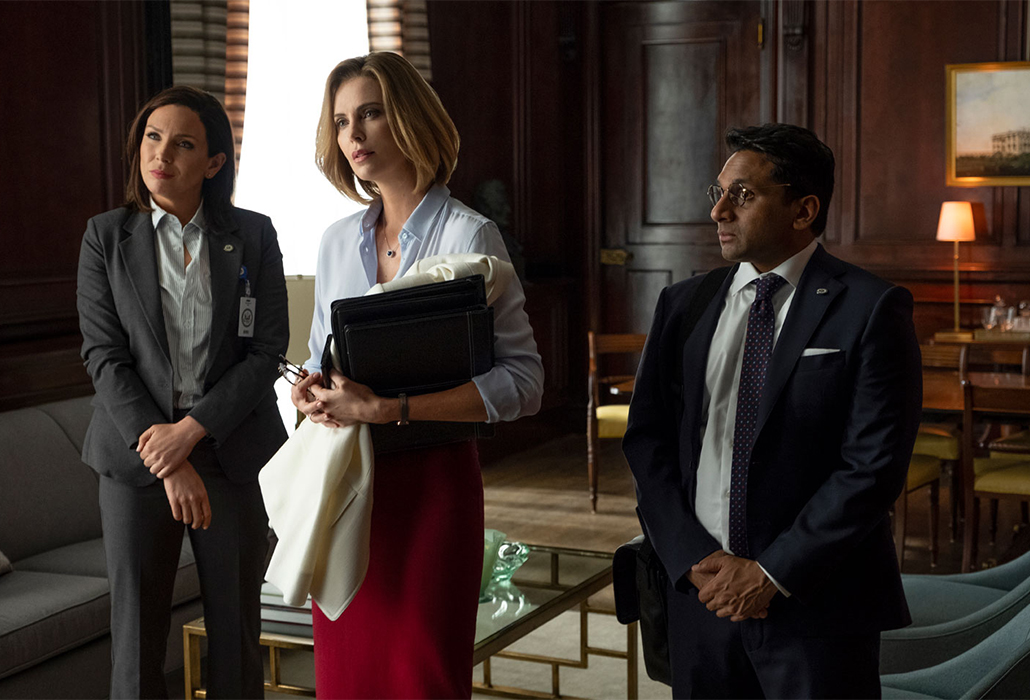 With the game changing constantly, virtually by the minute, Charlotte’s frantic advisors Maggie (June Diane Raphael) and Tom (Ravi Patel) trying to keep up, have to keep reinventing new ways to keep them all ‘spinning’ forward publicly, while they all just keep bonking each other personally and privately, a fact that must remain hidden!

The bigger question to be asked of Charlotte is should she, or would she and Fred be allowed by the ‘general public’ who follow them fanatically on social media, to have a personal relationship in any style of scenario?  Well, as Maggie finds out, for the populace it’s like pairing the Duchess of Cambridge with Danny de Vito… a duo research reveals is a resounding, 100%, No!

After all, how could Charlotte and Fred make it work? She is cool and elegant and he is seen by her minders as a nerdy, bad mouthed distastefully dressed itinerant journalist, who has a perchance for getting himself into lots of trouble and silly situations. His redeeming features are his ability to write well, a kind disposition and surprisingly, his often wise words. 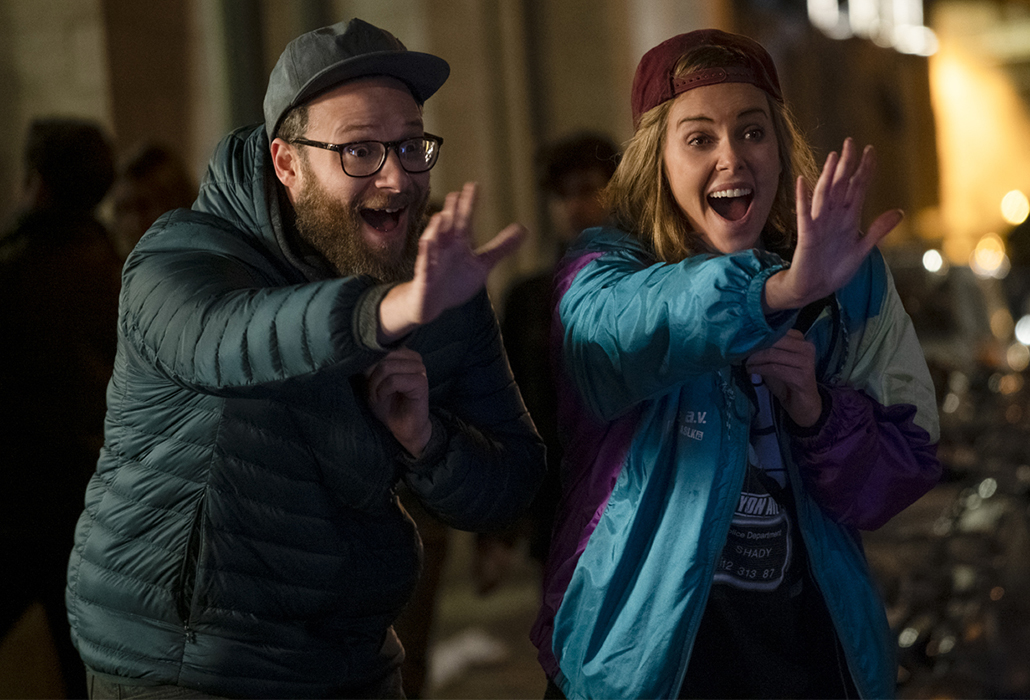 The hideous promise to compromise Fred’s private life comes from creepy media mogul Parker Wembley (Andy Serkis) who has been making our skin crawl. He constantly tries to press himself up against Charlotte whenever they meet, because he’s seeking an interview… and so much more. Gross!

When she refuses point blank, all hell break’s loose. Poor Fred becomes known as the man quite literally coming… in more ways than one, so it becomes hard to distinguish him really from everyone else.

Our heads by this point are spinning, so perhaps we need to consider some facts as we seek a way forward. 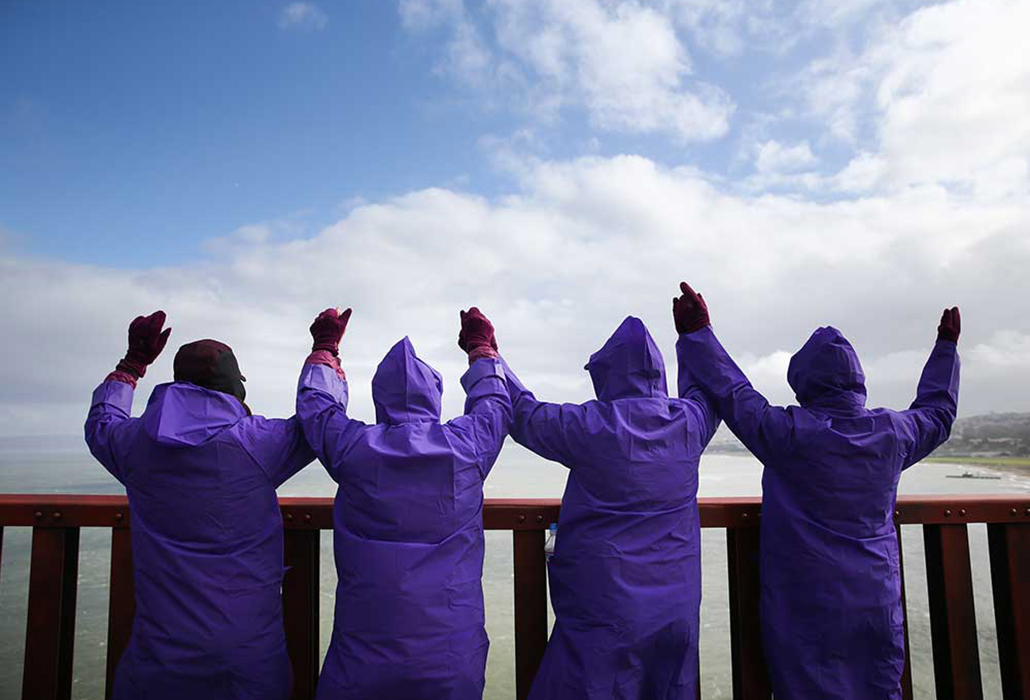 SAN FRANCISCO, CA – JANUARY 20: Demonstrators link hands across the Golden Gate Bridge on January 20, 2017 in San Francisco, California. Organizers described the event as a community-based demonstration and performance art piece intended to be a “shining beacon of inclusiveness and democracy.” (Photo by Elijah Nouvelage/Getty Images)

Developing a system for society to operate successfully, can be traced back to various societies in antiquity, when tribes and groups in many different cultures sorted out their own system of hierarchy controlled by checks and balances.  From the ancient Greek word demokratia, the word democracy is basically a combination of demos, meaning people and kratos, meaning power; i.e. democracy: power of the people. When democracy was being worked through by the ancient Greeks, they discovered it really was imperfect and in its pure form, would likely lead to mob rule. So, after two centuries they gave it up and faded into the background of European affairs as they evolved.

The English admired the Greek ideal in principle and from the signing of Magna Carta in 1066, began a process that ensured their King would not have too much power. Eventually, this along with many other reforms, became known as the Westminster system of democracy. It worked so well it came to be considered ‘ideal’ by other countries around the world by the middle of the nineteenth century, including Australia. 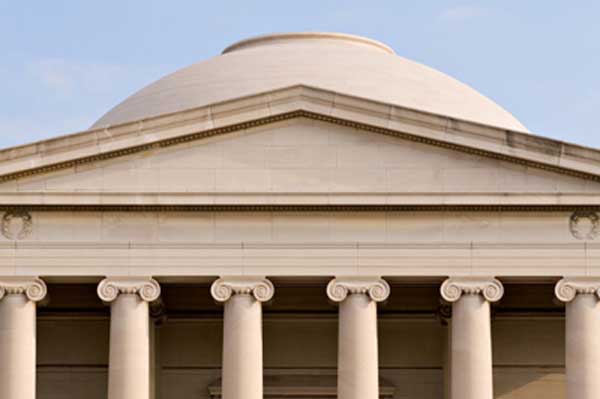 Familiar with the failures of democracy in ancient Athens, the American founding fathers, having rejected the British model, remained worried there could be a time in the future when popular voting might mean rule by the masses, so they needed to change the game.

So, they created their own version of democracy, including a bill or rights. All very admirable.

However, they included an elitist safeguard; the electoral college. Members votes were, and are necessary for anyone to enjoy outright victory. As membership is only held by the so-called top people in society, or those with the greatest wealth, they are certainly not representative of the majority of the people who seek a winner through popular vote.

The current President being in charge today, having received less overall votes than his rival a few years ago, would rather prove the point. And, he’s not the first in that situation, 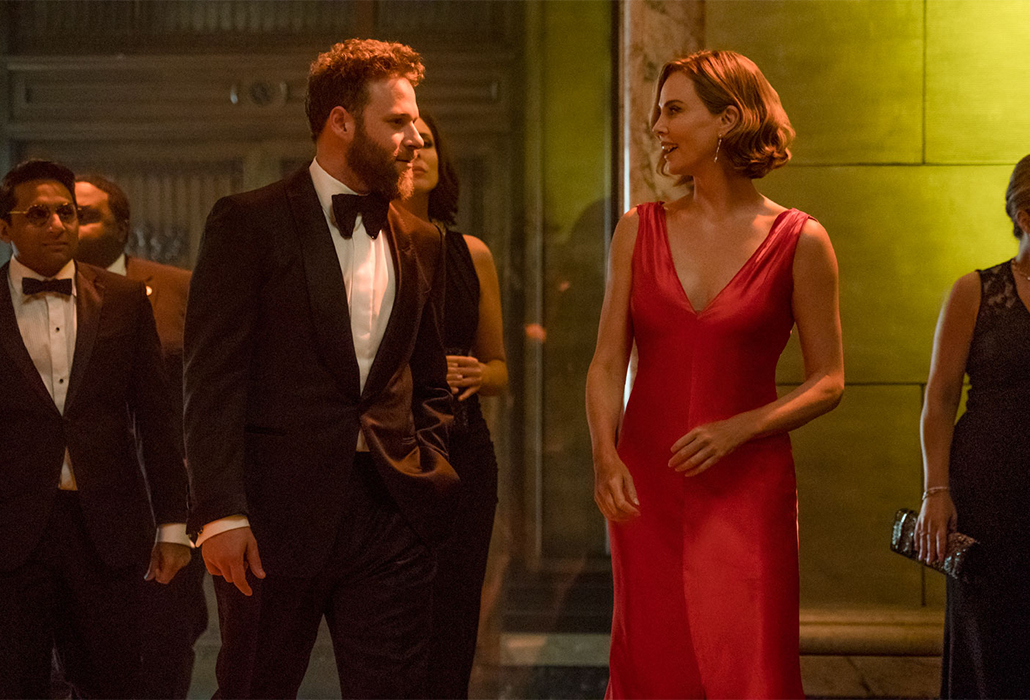 History has proved time and again, if we forget our history we will end up condemned to make the same mistakes over and over again.

At the end, we would have to say Charlotte and Fred’s cards are all out on the table for us to see.  Throughout the movie, Fred has brilliantly turned what little the neo-Nazis were able to imprint on his arm of a swastika, into a triumphant symbol of his own code of democratic idealism.

He and Charlotte however, are both left facing a dilemma; by seeing them as they really are; a couple of people genuinely flawed just like the rest of us. Will the facts help Charlotte be elected to the top job?  Or will her appointment remain a Long Shot!

It’s amazing how hair has such a huge impact on fashion. Why do some styles become the hottest look for the season or even the decade? This week I’m exploring the top iconic hairstyles over the decades and why we loved them. Think back to the 1920’s. Post 1st world…