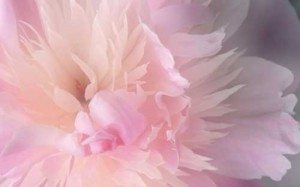 In China the ling chih fungus grows on tree trunks and is an emblem of immortality.  It grew in the Taoist Isles of the Blest where the deer grazed and as a longevity symbol it often carries one in its mouth. A favourite subject for porcelain since the days of the Emperor K’ang Hsi (Kangxi (1654-1722) has been prunus blossom in white against a pulsating blue ground. It is irregularly divided up by lines to suggest the cracked ice of the thaw. Flowers are associated with each of the months. January, the prunus or plum; February, the peach; March, the tree peony; April, the cherry; May, the magnolia; June, the pomegranate; July, the lotus; August, the quince; September, the mallow; October, the Chrysanthemum; November, the gardenia;  December, the poppy. The lotus is associated with Buddha and Kuan-yin while the most ravishing of all flowers the peony represents sexual love and is among the longest-used flowers in ornamental culture.

Painter Sydney Long’s Pan’ has come to embody the spirit of the land of Australia, its flora, fauna, its imagination and the beauty of a magical dreamtime