August Open Day at the National Trust of Australia (Victoria) house Labassa in North Caufield, Melbourne on Sunday August 16th 2015 will be a decidedly glamorous affair. Just in time for the annual Spring Racing Carnival, a selection of stylish hats for both men and women designed and made by fourteen award-winning Australian milliners will be on display. 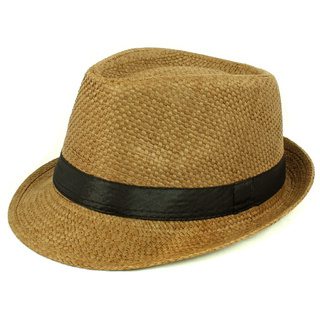 Love that Hat will combine fashion, beauty, fine workmanship and craftsmanship. Labassa holds its Open Day on the third Sunday of each month and is an excellent venue for such a reveal, with its grand manner architecture, dazzling gilded wallpapers, elegant interiors and old world charm. New wealth generated by the middle classes around the middle of the nineteenth century and the easier supply of precious metals guaranteed by the discovery of gold in California and Australia, had a positive influence on the costume industry, which flourished in the second half of the century with hats de rigeur for both the sexes whatever society you moved in. The tone was set by “High Society” and exemplified by the great ladies of the demi monde. They inspired the most dazzling creations by major couturiers; hats loaded with plumes. Love that Hat will be held in conjunction with Member Milliners of the Millinery Association of Australia: a social profit organisation raising awareness of millinery and encouraging the wearing of hats. Exhibitor’s have had their hats featured at major racing carnivals, on show at the National Gallery of Australia as well as photographed for fashion magazines such as Vogue Australia and US Elegant.

At the August Special Event Love that Hat at Labassa, Milliners with considerable expertise will be on hand to give advice on what hat suits you and how best to wear it. Visitors to the house will also have an opportunity to enjoy a talk and guided tour of the house, discovering both its architectural and social heritage. National Trust of Victoria Friends of Labassa volunteers will be your guides. They will also offer a splendid light lunch, morning and afternoon tea in the servant’s hall, including ‘soup’ on a cold day.  SUNDAY August 16, Love that Hat at National Trust of Australia (Victoria) house Labassa, Manor Grove, North Caulfield | BUY TICKETS