Around the western world cities have been founded hopes of a people whose visionary leaders looked to the future daring to imagine and plan for what it might be possible to achieve. The change they encouraged others to embrace has been constant as well as socially progressive.

With a passionate interest in high-quality research and ideas, the Lowy Institute whose mantra is to interpret, inform and influence, has partnered with the National Gallery of Victoria (NGV) for the next two years.

They will be supporting the NGV to present quality lectures given by renowned lecturers, called upon to converse about, while exploring, Australia’s so-called liberated attitudes to issues affecting us both nationally and internationally. Xue Xinran, photo by Jana Kay, first speaker at the NGV supported by the Lowy Institute

It’s also about having a platform for many people to communicate, providing a forum for a discussion about fresh ideas and perhaps even the reinforcement of successful ‘old ideas’ aimed at assisting institutional decision making.

For such an exercise to succeed it needs a conversation about those people from all walks of life and all backgrounds who aspire to excel, and to share their aspiration for seeking to attain excellence in all things. Some might call it an art of virtue.

Ancient Greek philosopher Aristotle in his Ethics described magnificence as a virtue, saying it is a form of moderation, lying somewhere between extravagance and shabbiness.

He was also about providing a suitable framework for nurturing and fostering community life.

Just as then, today our political, ethical, religious and cultural values and ideals are reflected in our society’s grand public works and art forms. 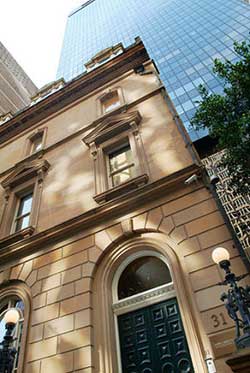 The Lowy Institute located in Sydney, Australia is Australia’s leading think tank, providing perspectives on the international trends shaping Australia and the world.

It was Aristotle who first noted the individual tastes of creators and patrons in many different fields of design opened the way for architecture, painting, sculpture and objects were considered ‘works of art’ at all, rather than as just ritual or political images.

In this regard the Lowy Institute and NGV seem to be a match made in heaven and to celebrate their partnership, the first speaker will be journalist and novelist Xue Xinran.

She will offer her thoughts on what she believes is a major issue facing the global society of the future.

This will take place, on Monday 25th May 5:15 – 7:15 pm at the NGV International, Melbourne when Xinran, a British-Chinese advocate for women’s issues, will feature in conversation with Merriden Varrall, director of the Lowy Institute East Asia Program. They will talk about how the controversial policy introduced into China in 1978 ensuring that its families for over 35 years had only had one child, is beginning to impact on today’s society and its structure.

The most important aspect of the conversation will surely be what its implications for us all are globally in the future, which is sure to be significant.

China is a country fast embracing many aspects of western culture without many of its people perhaps understanding the intellectual and philosophical ideas, fashions and passions that led to its evolution as the society we know today. In the past there are many examples for us to learn from in both western and eastern cultures that we can call upon for inspiration. During the late 17th century in Paris, Catherine de Vivonne, the bride’ of a ‘mediocre Marquis’ in her Chambre Bleu became a ‘conversation starter’.

She set out to refine the often-gross etiquette of the society she encountered when arriving to live in France from Italy. To be considered for attendance at her ‘salon’ where intellectuals and societal leaders met and conversed, you needed to provide evidence of your own ability to embrace ideas of noble simplicity and quiet greatness.

This was a concept unavailable to those moving in royal court circles and all about reaching and retaining a standard of excellence and etiquette previously unknown in a society where freedom was a byword and virtue was becoming fashionable.

Her ideas spread gradually throughout Europe and over to England, demanding that we all behave at all times with considered regard for the sensibilities of others.

The ‘ideas’ surrounding what she was trying achieve were judged, criticised and ridiculed harshly by others for decades, especially with the success of King Louis XIV’s favourite playwright Moliere’s play Précieuses. 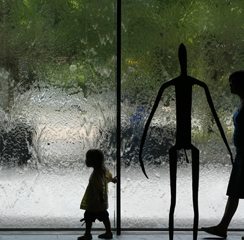 However aged 71 in 1659 the lady herself was seen laughing and applauding loudly on the plays opening night.

Having the ability to laugh at herself, she would also no doubt appreciate the irony that the simplicity of the etiquette she demanded then is still at the heart of many of the societal concerns we hold dearly today.

China is a powerful society economically, one that is already having and will continue to have an increasing impact on the global society of the future.

Xue Xinran would acknowledge that despite having a huge history, the societal setback encountered during the Mao era in China has clearly meant the country has some catching up to do.

Her radio show, Words on the Night Breeze, ensured that she became China’s first ‘agony aunt’, talking to women about what had really happened in their lives.

She was overwhelmed by the response and moved to England in 1997 to work and to learn English so she could share her experiences and find out more about western culture. Her first book Good Woman of China received great acclaim and in her book Buy Me the Sky published this May 2015; Xue Xinran discusses how the new youthful Chinese generation have been instilled with very high expectations.

She believes they are basically unprepared for taking on responsibility.

There are many in the west who would say they have had the same experience with our current generation who putting off having children until well into middle age, and then having just one. 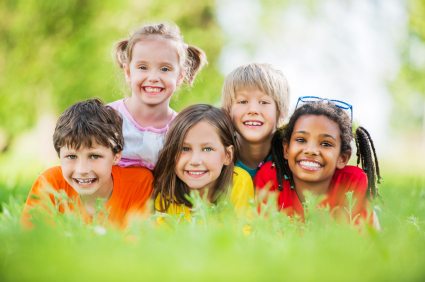 For those born in both cultures prior to World War II and in the immediate aftermath, being brought up in reasonably large families ensured they encountered varying opinions across wide age groups, from siblings to cousins, from aunts to uncles and beyond. They had to learn to respect them all and have a regard for age and experience.

Moral guidelines provided by adults of the day were relatively clear-cut. They firmly believed in equipping children with the many skills required to succeed and survive in life, by not visiting their own fears on their children and ensuring they had a respect for age.

After all many of their own experiences had been honed in hard days. In the west this meant The Great Depression, World War II of the forties and the harsh rationing and shortages that existed for the decade or more afterwards.

The mantra of the day was selflessness, not selfishness, which can seem to many to be the new hallmark for the contemporary age – thinking beyond self, and ‘greater good’ concepts now threatened. In China from the 1950’s to the 1970’s it was also very different, when as Xinran reports, those who cared for their families could be punished by the political system just for loving them.

She records that growing up without affection caused her generation to actually perpetuate what had happened in her mother’s day without thinking about it or discussing it. She was horrified when own son was ’12 years old’ and she discovered what it meant to be a real mother: hoping against hope it was not too late to change her own course.

Conversation starters like the events being planned by The Lowy Institute and NGV are immensely important – long may they champion such innovative and important community connections. Individual character is the inducement to great actions and the spur to great achievements and we are all called upon to make our voices heard. Not one among us will be in a position to pursue his livelihood unless he becomes part of an enlightened majority – one animated by the ‘spirit of the age’.

Join into the Tete a Tete events at the NGV, they hold out the promise of better relationships tomorrow if at first we learn to speak about those issues we seek to improve.