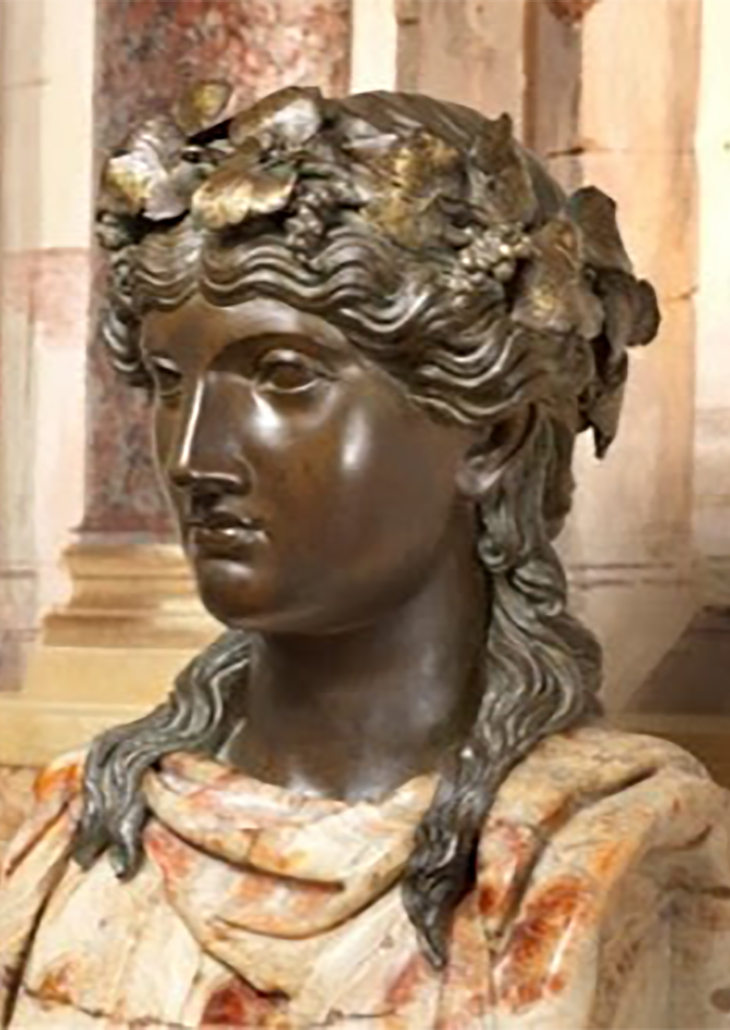 Artisan craftsman Roman born, Luigi Valadier (1726 – 1785), was a member of a family who, for three generations were goldsmiths and bronze workers, undertaking special commissions for the Pope as well as churches around the world. His works can indeed, be found in Spain, Austria, Mexico and Italy as well as now in New York in that fabulous house museum, The Frick Collection.

A new acquisition for its collection is a neoclassical style vase, which will be integral to a new exhibition Luigi Valadier: Splendour in Eighteenth-Century Rome – to be held October 31, 2018, through January 20, 2019.

Xavier F. Salomon, Peter Jay Sharp Chief Curator commented recently, “An exceptional object by Luigi Valadier… we are thrilled to add it to our holdings” he said. 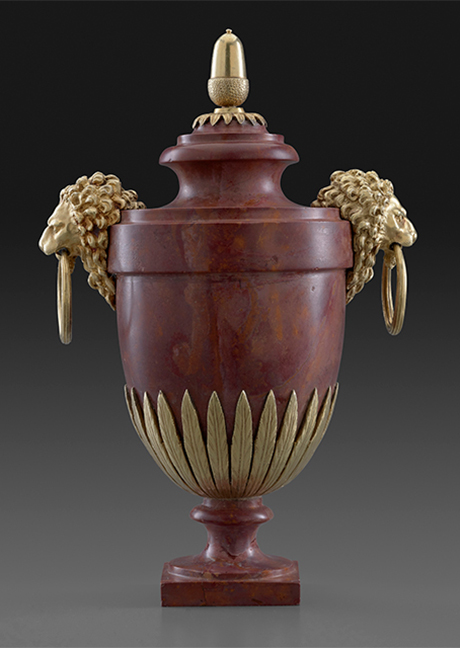 The exhibition will bring together some sixty extraordinary works by the renowned silversmith ‘… in celebration of his unsurpassed technical expertise and avant-garde aesthetic’.

The vase, believed to be originally part of a special commission, is the only known example of its type and style produced in the very rare Rosso, Appennino Marble.

It has an ovoid body with lanceolate leaves encircling and showcasing its base.

Lion’s heads at the neck have rings in their jaws, their type known to appear in a number of the masters remaining silversmith’s drawings.

The mounts are made of gilt-silver rather than gilt-bronze, which would be more usual, and it is impossible to ignore the influence of Pierre Gouthiere: Virtuoso Gilder at the French Court, which is indeed paramount. During the eighteenth century in Europe, a love of pleasure and frivolity gave way to more intellectual pursuits in the classical past and sciences. The neoclassical movement in architecture became all encompassing.

It enveloped all areas of the decorative arts as the century progressed, influencing designers from St. Petersburg to Edinburgh and from Virginia in the United States back to the Chateau at Versailles. It was not merely a pastiche of columns, capitals and pediments, but an all embracing movement covering all the arts, based on wide ranging archeological and academic research. 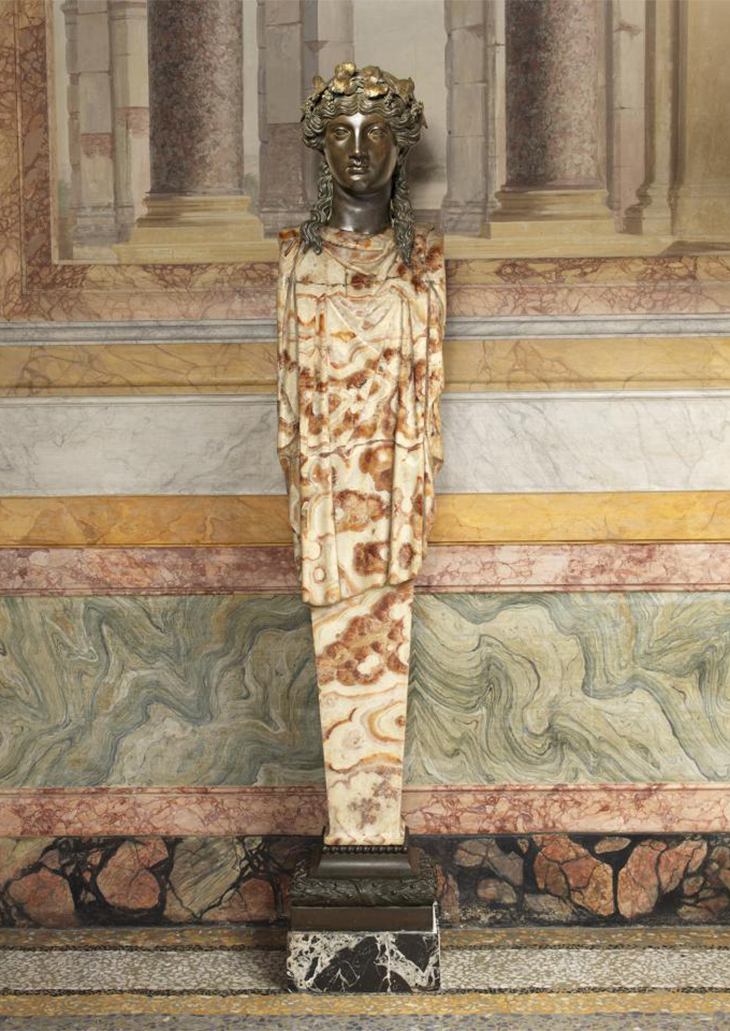 Valdier’s Herma with Bacchus produced of alabaster and glazed bronze, still retains traces of gilding. Dating from 1773, it will be on loan from the Galleria Borghese, at Rome.

It is a style of sculpture well known in ancient Greece, with a head usually above a plain shared lower section, often formed as a tribute to a statesman of merit.

The form was also adopted by the ancient Romans who were so influenced by Greek style, and then revived during the Renaissance to be taken up once again by eighteenth century designers, at a time when all roads led to Rome as its ancient past was being uncovered.

Designers during the second half of the eighteenth century found inspiration in the clarity, simplicity and spaciousness of the classical form. 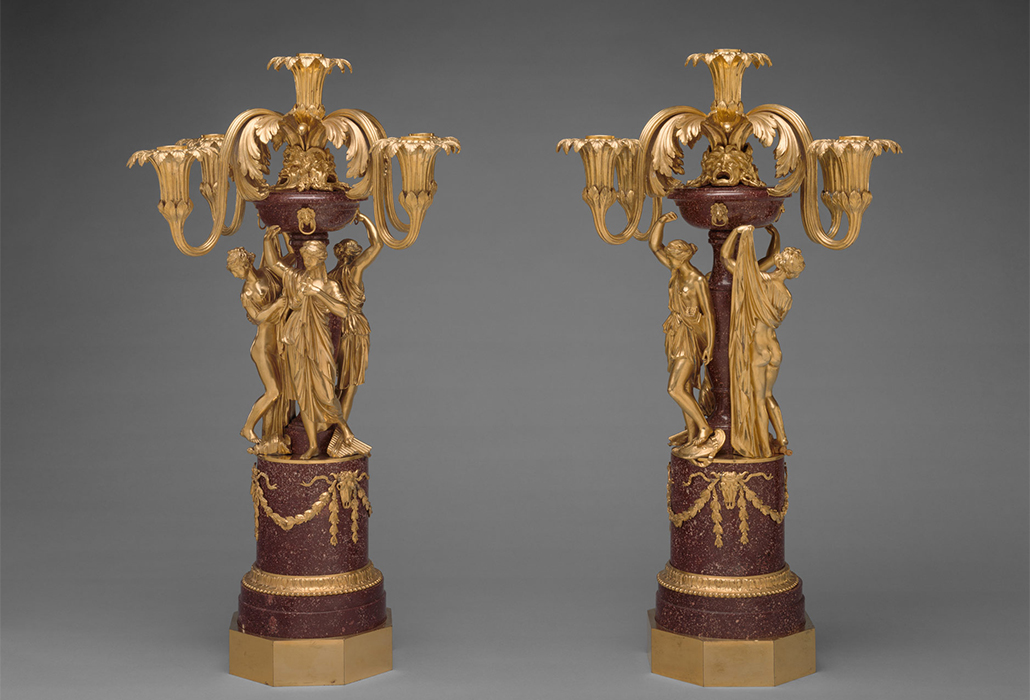 The production of glorious decorative objects and their identification with the worlds of Ancient Greece and Rome had as much to do with ideas associated with democracy, as with the antique rules governing architecture and design.

A great deal of academic research preceded this stunning vase’s acquisition and the Frick advises ‘… curator of the exhibition Professor Alvar González-Palacios believes the vase may have been carved by Francesco Antonio Franzoni (1734–1818). 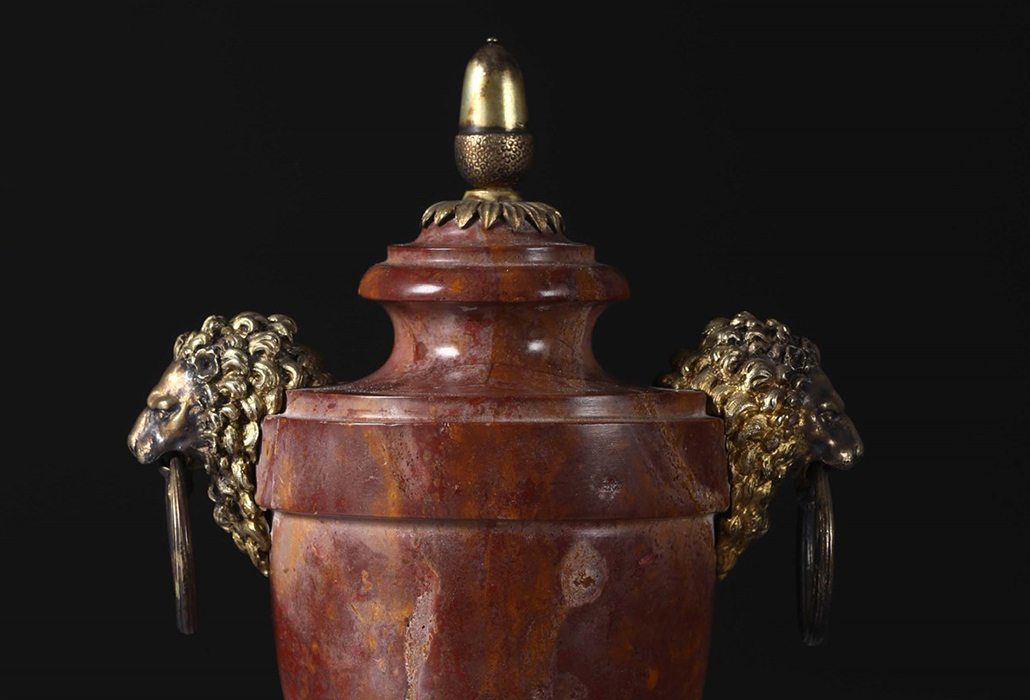 His observations include ‘the top, unlike the lids of other vases of similar designs executed by Valadier is not detachable, indicating the vase was ornamental rather than utilitarian.

The finial is also unusual, an acorn leading the Professor to also suggest this may have heraldic significance, alluding to one of Rome’s most prominent aristocratic families, the Chigi. 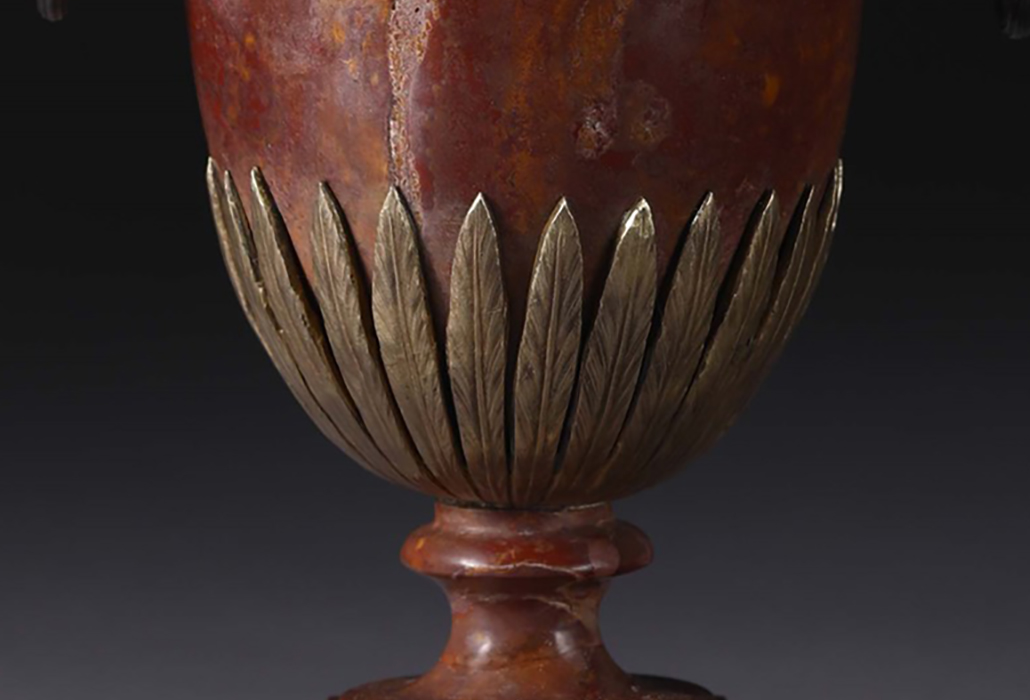 Their coat of arms included oak branches and acorns with Prince Sigismondo Chigi (1736–1793) one of Valadier’s most important patrons during the 1770s and early 1780s.

Draftsman, designer, goldsmith, silversmith, and bronze founder, Luigi Valdier used such materials as enamel, wood and glass as well as porphyry and marble to fulfill his finely detailed decorative arts commissions. His influence on English artistry and metalwork has also been noted. 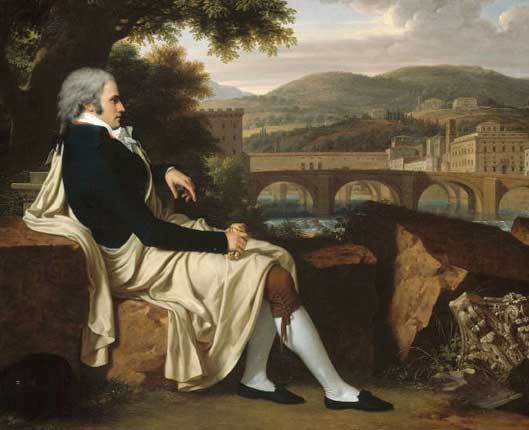 The coming and goings of grand tourists and artisanal drawings back and forth from Italy at the time, would have an everlasting affect on the visual arts, one that has come down through the centuries until today.