An influential artist for those working in the twentieth-century, French painter Paul Cézanne (1839-1906) worked on the theory that an object could be broken into planes of colour and he began his exploration of this theory by working from apples, portrayed in his Still Life with Apples, c. 1890. He then expanded into landscapes and figurers. 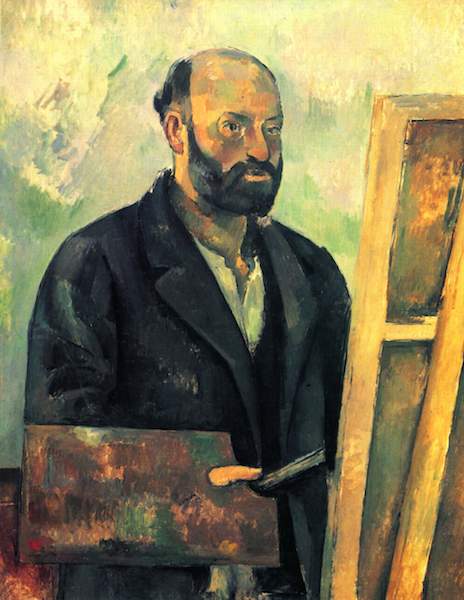 The Metropolitan Museum of Art from November 19, 2014 until March 15, 2015, will feature an exhibition of paintings, drawings, and watercolors by Paul Cézanne (1839–1906) of Hortense Fiquet (1850-1922).  He gently eased the transition from the late nineteenth century French impressionists to the radically different world of enquiry that would become the twentieth century world of modern art with his dramatic tonal contrasts and expressive brushwork. 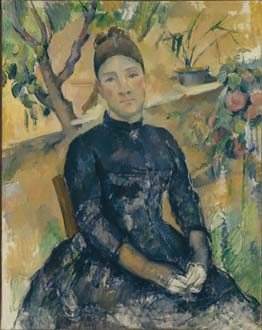 Cézanne met Hortense, the model who became his wife and the mother of his son Paul, in Paris in 1869. An early portrait from 1872 reveals that she was perhaps modeling for Cézanne by the age of 22. He went to great lengths to conceal her from his family, fearing his father’s disapproval. They lived a life of complicated subterfuge, with periods of living apart, even after their marriage in 1886. Madame Cézanne in the Conservatory was painted in 1891.

Organized by Dita Amory, Acting Associate Curator in Charge and Administrator of The Robert Lehman Collection at The Metropolitan Museum of Art, with Kathryn Kremnitzer as Research Assistant, the show features many great works from museums all over America, including three striking watercolours, 14 drawings and three sketchbooks bearing intimate studies of his family. His study of Madame Cézanne in a Red Dress completed 1888-90. 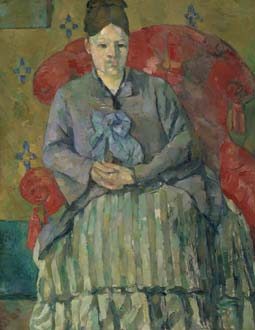 Today his portraits of her such as Madame Cézanne in a Red Armchair (1877) not only attest to the constancy of their relationship, which lasted his lifetime, but also how her presence and influence was critical to his development as the great painter he was to become. Perhaps the most interesting aspect of their story is the absence of its particulars. Madame Cézanne, The Metropolitan Museum of Art, New York November 19, 2014–March 15, 2015