“I laughed when I wrote it. My two actor sons laughed when they read it. I know you’ll enjoy Managing Carmen.”* 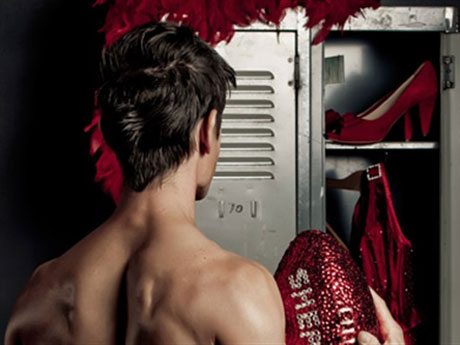 Queensland’s Senior Australian of the Year in 2012 and Australia’s Living National Treasure award winning playwright David Williamson AO (BE 1965, HonDLitt 1990) was born in 1942 as one of the ‘Silent Generation’. He brilliantly learned how to shout and make himself heard as one of our best-known authors of plays, screen plays and teleplays. He earned all our respect and an internationally renowned reputation, forged on the stages of Europe and America with plays like Don’s Party and The Removalists and collaborated with Peter Weir to make Gallipoli (1980) and The Year of Living Dangerously (1982).

He is greatly admired for his witty and incisive themes of politics, love and loyalty and putting family first, which have in the past also mirrored the shifts in societal and cultural change. Now he has a new theme; taking the mickey out of the flawed football hero. Brent Lyall, while being a champion player on the field, loves nothing better than cross-dressing in a Sheila’s frilly frocks after hours.

It is a great dissection of the stereotypes in sport and putting the hero into sequins and stiletto’s is nothing short of a stroke of genius. The protagonist reputedly has it all at 23. The model girlfriend, two Brownlow medals, the captaincy of his football team for a club that is proud of producing men made of the ‘right stuff’ and, he’s the King of product endorsements. 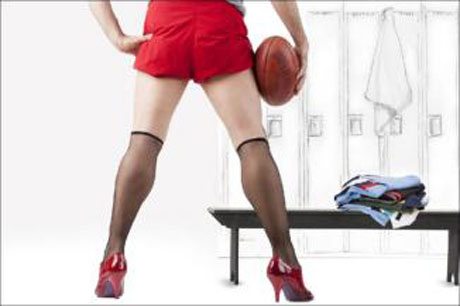 What will happen however, if his secret has to come out? Will it mean the end of his superstar celebrity status and career. Importantly, will it also put an end to the cash flow for his club. How can it keep him on the straight and narrow, while they continue to exploit his full potential? Especially when he is managed by the legendary Rohan Swift who hires the brilliant psychologist Jessica to find out what Brent is trying to hide… but he soon wishes he hadn’t. 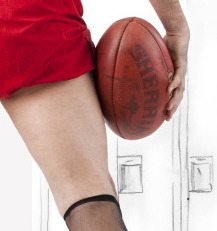 The play will be sure to enjoy a blockbuster run and create lots of laughter out loud at the theatre, be the subject of gossip down at the pub or, with those throwing a prawn on a BBQ on Sundays in the park under the Story Bridge at Brisbane or in Kings Park at Perth . It will certainly stir up debate in bistros and bars as well as in the boardrooms of the steel and glass buildings along Eagle Street at Brisbane, along St George’s Terrace and in Central Park Tower at Perth. Even perhaps in their political precincts as well!

What is to be hoped is that it will make people sit up, question and think about how silly we humans can be at times and learn just how to value what is important in life. Directing this blockbuster season closer is QTC Artistic Director Wesley Enoch. He said that in Managing Carmen “ Williamson holds a mirror up to the personalities we’ve all come to love and hate “– the whatever-it-takes businessman, the bimbo trophy wife, and our flawed football hero. He “challenges the notions of how society perceives men who cross dress”.

It will be sure to immerses audiences in a thoroughly entertaining story, one that provides us with an insight into the character who is ‘torn by who he is and who he’s expected to be’.

David Williamson has always had that rare ability to cut to the chase and pinpoint a key societal issue and then tackle it head on. As he takes us along a comedic pathway, he makes us examine in microscopic detail, through his witty and wonderful commentary, societies preposterous prejudices and presuppositions.

This time he’s focusing on our current obsession with the intimate voyeurism of people with celebrity status. He is examining the importance of popular culture and sport in shaping who we are in the grand scheme of our greater life, especially football another national obsession. 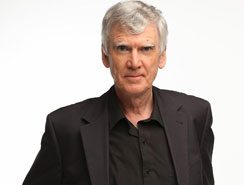 David Williamson commented that the play is also about the rise and rise of the sports manager in the Australian sports landscape. “In recent times a new and voracious combatant has joined the sports arena – the sports manager. From the minute a sportsman or woman becomes a champion it almost seems that on field performance is important not so much to win games, but to maximize the income earned through endorsements,” he said.

Throwing a metaphorical ‘screamer’ to Brent’s hungry agent creates a great sense of drama”. Williamson said the story doesn’t end focus there. “The most serious quest in life, ignored by the money values of contemporary society, is the quest for love” and this is happening constantly in our forever-changing world

Thank goodness for David Williamson. For all of my life in Australia he has been pushing the edges with the wonderful theatrical experiences he has provided. I for one am so glad he has come out of retirement to remind us to not take ourselves too seriously and to help keep us all up to the mark. I am hoping Managing Carmen comes to Melbourne in the not too distant future.