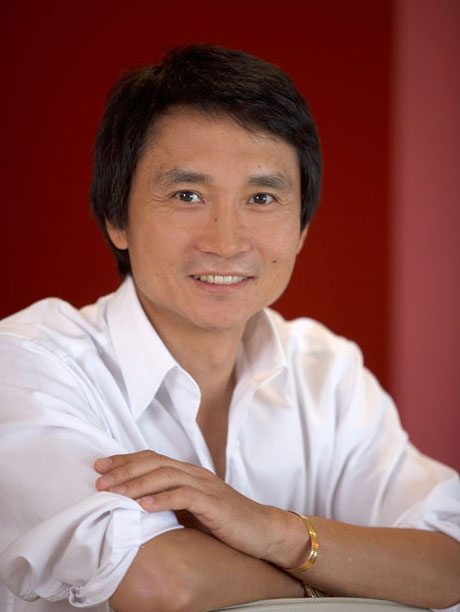 Li Cunxin, Mao's Last Dancer - from poverty to a prince of dance

Li Cunxin, the ballet dancer, who literally leaped into the limelight when he published his best selling autobiography Mao’s Last Dancer in 2003, will take centre stage guiding the helm of the Queensland Ballet at the end of 2012, the final year for present artistic director Francois Klaus. Internationally acclaimed as both a dancer and motivational speaker, Cunxin brings with him a wealth of experience and the strength a ballet dancer can only achieve through discipline, a passion for performance and, a devotion to excellence. He is all about quality and also knows that hard work is required to achieve success. He understands just how important it is for a company of ballet dancers to be shaped by an inspiring leader. He will be sure to provide the Queensland Ballet with new insight and innovative advances in both technique and performance.

He will be building on the strong foundations provided by previous directors, most especially Francois Klaus whose vision and devotion to the company over its last decade and more has seen it rise from being mostly unknown on the national scene when I first went to Brisbane in 1999, to being acknowledged on both the international and national scene. It has become an artistic powerhouse, one in which excellence has become its main hallmark. That has proved true not only because of the creative force behind the scenes, but also the capable administration staff, which up until the end of 2010 was led for thirteen years by General Manager Judith Anderson and more recently by Anna Marsden. Judith was successful in building the company and its patrons and sponsor through the first decade of the 21st century, despite difficult economic conditions. His repertoire was extensive. Following the success of a production of the Passion in St. John’s, the Queensland Ballet created another new work combining ballet, chorus and orchestra for Cathedrals Week 2002 about St Francis of Assisi, that inspirational man whose credo was simplicity, poverty and humility. Paul’s fine choreography was illuminated magically by candlelight and given intensity by the drama and spirituality of the story.  The Archbishop of the Cathedral gave permission for the body of St Francis, danced by Boyd, to be laid up on the high altar in what was truly a dramatic finale. It was a most memorable occasion, one I will certainly never forget and felt so privileged to have witnessed. Many of Paul Boyd’s choreographic works have since been taken into the Queensland Ballet repertoire.  Since 2004 Paul has worked as a freelance teacher, coach and choreographic credits include the Hong Academy of Performing Arts, The Royal Ballet School, Graduate College of Dance in Perth, QUT and The Australian Ballet. Racheal Walsh is a delightful dancer, poised, cool, elegant and with lovely long lines and extensions. Her early training with  Maxine Lockwood in Mt. Gambier, South Australia stood her in good stead before she went on to graduate from the Australian Ballet School in 1997.

Racheal joined the Queensland Ballet in 1998 and by 2002 was promoted to Principal Dancer. Rachael has had the opportunity to have numerous roles created on her. She won the 4MBS/Perform Award for Dance in 2000 and in 2004 was awarded a Lord Mayor`s Young and Emerging Artist Fellowship which provided her with funds to travel and further study overseas. Named “Most Outstanding Dancer” in Dance Australia magazine’s 2009 her passionate performances have gained legions of followers.

The Queensland Ballet did not come into being until 1962. It was an extension of a company founded by Charles Lisner OBE who had trained with Edouard Borovansky, whose name is synonomous with founding the Australian Ballet. Today with 26 full time dancers it is one of only three full-time professional ballet companies in Australia, presenting around 100 performances every year from popular classics and full-length story ballets to new works by reputed Australian and international choreographers, as well as emerging local talents.

Based at Brisbane they tour annually throughout Queensland and have gained a reputation for passionate and innovative performance. The historic Thomas Dixon Centre for Dance in Brisbane’s creative West End was first a shoe factory, when it was built in 1908. This seems a most appropriate setting for a thoroughly contemporary dance company for whom shoes are all important. 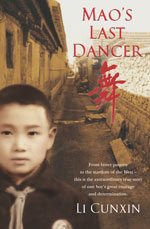 Li Cunxin was an outstanding principal at the Australian Ballet, where I first saw him dance in 1995. His three years there was the last of a very successful career as a dancer, as he was also training for the world of business. 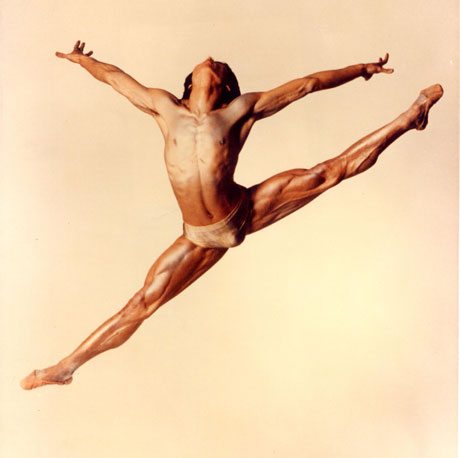 Born into a whole other world of poverty and pain in China, Li was one of many children removed from their home and village to go to Beijing and train at Madame Mao’s Dance Academy. Subjected to a harsh training regime, his time there meant that he learned resilience, honed his determination and perseverance, often displayed his now legendary courage, and would go on to become one of the best dancers China has yet produced.

At 18 LI was awarded one of the first cultural scholarships to go to America where he was offered a soloist contract with the Houston Ballet. Li successfully defected to the West with an accompanying and dramatic media storm, which involved then Vice President George Bush Snr., and he went on to become one of the leading principal dancers in the world. His leap illustrated so magnificently in the photograph of him, became the stuff of legends.

His autobiography, Mao’s Last Dancer was also launched in Queensland in the St John’s Cathedral precinct and has since become a huge world best seller. It quickly rose to No. 1 on the Australian Non-Fiction Best-Seller List and was named in Amazon.com’s Break-Out Books list after only several weeks after its US release before receiving the Christopher Award for Literature. It went on to win the Book of the Year Award in Australia and was short-listed for several other prestigious literacy awards. It has so far had over 50 reprints and a special edition for children was also produced in 2005. Li Cunxin with Queensland Ballet dancer Teri Crilly. He will take over from Francis Klaus as the ballet's artistic director, starting in July. Picture: Jack Tran Source: The Australian

Li Cunxin should prove to be a wise choice and a valuable asset, to assist the rapid growth of Queensland’s arts and cultural precinct. Today it has a healthy thriving arts community, which has received great support from both Brisbane City Council and its State Government, aiding  its growth dramatically in the last decade.

Brisbane and Queensland’s Balletomane’s have a lot to look forward to. Cunxin will no doubt perform many Grand jeté‘s of his own in his aim to keep the dancers of the Queensland Ballet company ‘en pointe‘ and at the forefront of ballet in the world today.

The ABO with Jamie Hey on period cello and Bart Aerbeydt from Belgium on the natural horn, paid tribute to Haydn, Mozart + Friends in a superb symphony of sound