“It’s amazing how quickly a quarter of a century passes when you’re having fun,” Margaret said in an interview for ACMI*, while David noted “Twenty-five years of arguing with Margaret – no wonder my beard has turned white,” * 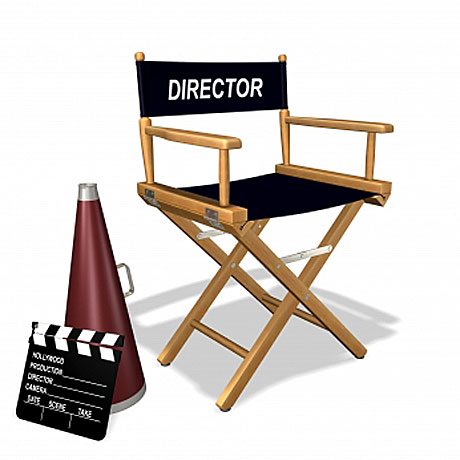 On Wednesday October 26th at 10.05 pm, renowned Australian Actors Cate Blanchett and Geoffrey Rush (who played together in: Elizabeth The Golden Age) hosted ABC1’s Program At the Movies: 25 years with Margaret Pomeranz and David Stratton – the ‘silver’ anniversary celebration episode. They delightfully sent up Margaret and David, revealed some embarrassing moments over 25 years and also showed some of the highlights of their happy 25 year journey. What a wonderful milestone to have achieved for two of Australia’s most passionate presenters of all that is best in the world of cinema. Over the years Margaret and David have become like old familiar family friends, dropping into the living room on a regular basis to have a chat about all that is best ‘at the movies’. As far as I am considered they should now be considered notable national treasures, because of the passion for, and the integrity displayed in their critique of movies no matter what their budget or seeming star quality. Over the years they have become fine ambassadors for Australian movie making, contributing greatly to the growth and success of the industry here at home, and abroad. 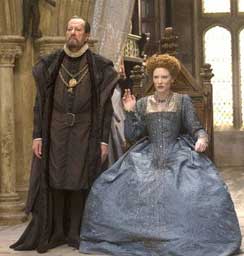 As they progressed from SBS, where they started in 1986, to the ABC in 2004, Margaret and David have between them acquired a great deal of knowledge about the cinema, its history and its culture, while gaining the respect of audiences and actors alike.

One of the most endearing aspects of their time together however, is the sparks that fly between them in the course of a show as they enjoy an often fiery on-screen relationship. Heated exchanges and huge disagreements are part and parcel of their public persona, which often ends in a point of agreement. Otherwise they simply and succinctly agree to disagree, as a mark of professional respect and courtesy for each other’s opinion.

At the Movies with Margaret and David presents latest releases and in depth interviews with the people, whose many and varied skill disciplines make up the world of cinema and contribute to the considerable art of movie making. 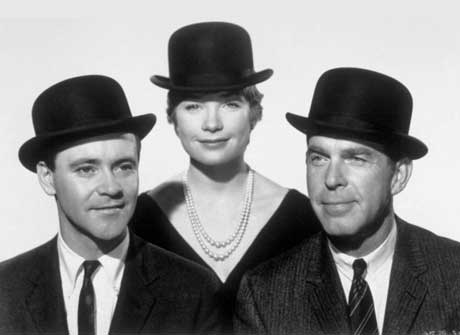 This year they re-introduced The Classic: a movie that has stood the test of time. These are  stories which remain relevant; have themes that are contemporary; acting performances that are lauded and awarded, as well as quite often, mesmerizing musical scores.

The trio of Jack Lemmon, Shirley MacLaine and Fred McMurray in the world class comedy The Apartment started the ball rolling. In The Apartment Lemmon plays a company man, letting his executive superiors use his apartment for their secret encounters of the mistress kind. He wants to advance up the ladder of his professional career in a hurry, not just one rung at a time. However complications and an unexpected romance ensues, leading to much hilarity and affirmation of the old and wise Latin tag, il festina lente, make haste slowly.

Since then many much loved movies have re-emerged, been brought back into play and their performers introduced to a whole new discerning audience.  The major point revealed is that no matter what the era, it is those movies whose brilliantly written scripts and fine acting performances continue to challenge ideas and audiences that remain in the spotlight. This is because they are all about the futility, follies and foibles of humankind, something we can all plug into. 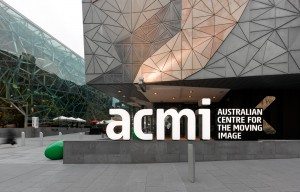 At Melbourne the *Australian Centre for the Moving Image (ACMI) is currently presenting an Exhibition of Margaret and David: 25 Years Talking Movies. It is now running until Sunday 4 December 2011. And, Admission is Free.

On display is archival and never-before-seen footage,  a selection of Margaret and David’s personal treasures, David’s ASIO file, and photos with some of the biggest stars of the silver screen. Visitors also have the opportunity to play film critic via a ‘green screen’ interactive enabling them to review one of three iconic films with Margaret or David acting as their co-hosts. 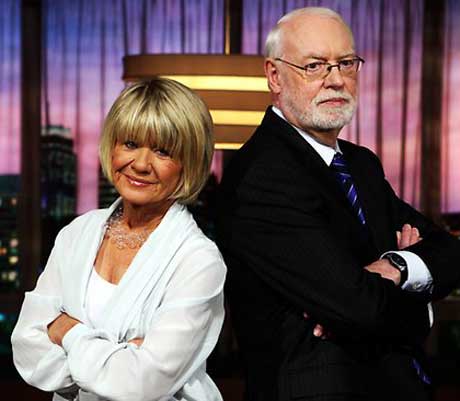 Bio’s supplied tell us that ‘Margaret Pomeranz began her career as a stringer for The Bulletin and ABC Rural Radio. A skilled writer across television, film and radio, she joined SBS shortly after its commencement in 1980. Here she worked as an Executive Producer for programs including Front Up, Subsonics, the AFI Awards and the IF Awards. Pomeranz is currently the Vice-President (and former President) of Watch on Censorship and a board member of the Australian Writers’ Foundation.

David Stratton was director of the Sydney Film Festival from 1966-1983. In 2001, he was awarded the Australian Film Institute’s Raymond Longford Award for services to the film industry. He is a former President of the International Critics Jury for the Cannes and Venice Film Festivals, and has worked as a film reviewer for Variety magazine. Stratton currently teaches film history at the University of Sydney and reviews film for The Australian’ newspaper’.

Engaging with their audiences brilliantly between them both, Margaret and David have built an enduring legacy, contributing honourably to the international art of film making. It has all been very well done.

A new exhibition at The State Library of NSW, Sydney will explore Max Dupain’s iconic Sunbaker image, alongside 15 commissioned artists re-imagining the artwork