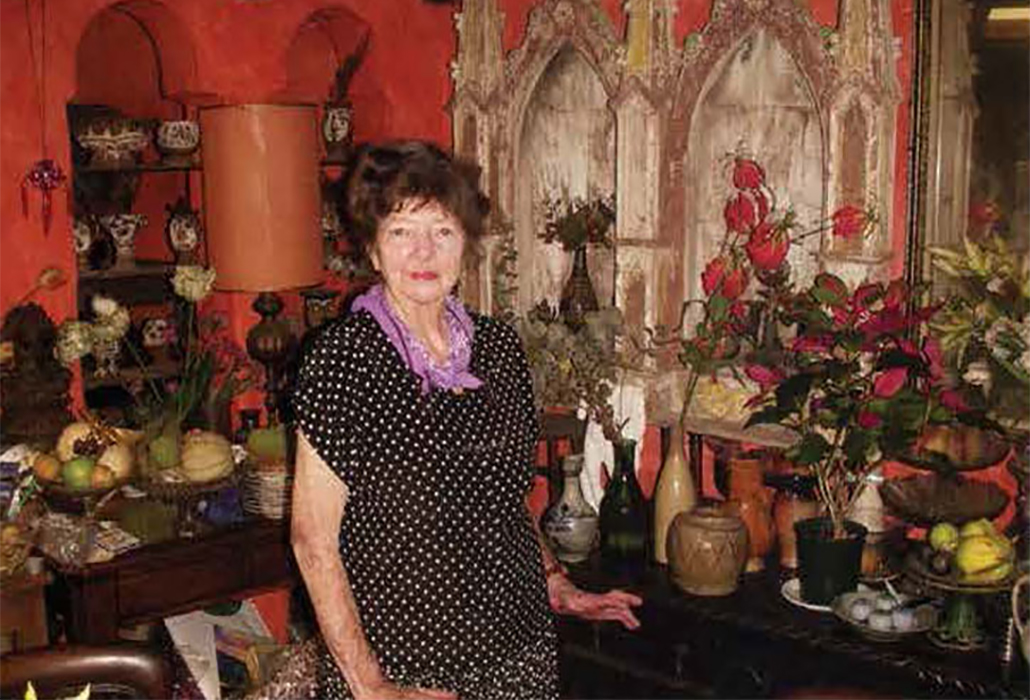 The Queensland Art Gallery (QAGOMA) from June 15 – October 13, 2019, will present an exhibition of some one hundred colourful works, celebrating the life and legacy of much loved Australian Artist Margaret Olley (1923-2011).

During her lifetime, Margaret Olley became living proof of the power of one, becoming a philanthropist. She shared her good fortune with others, she established the Margaret Olley Art Trust to donate works of art to public collections throughout Australia. 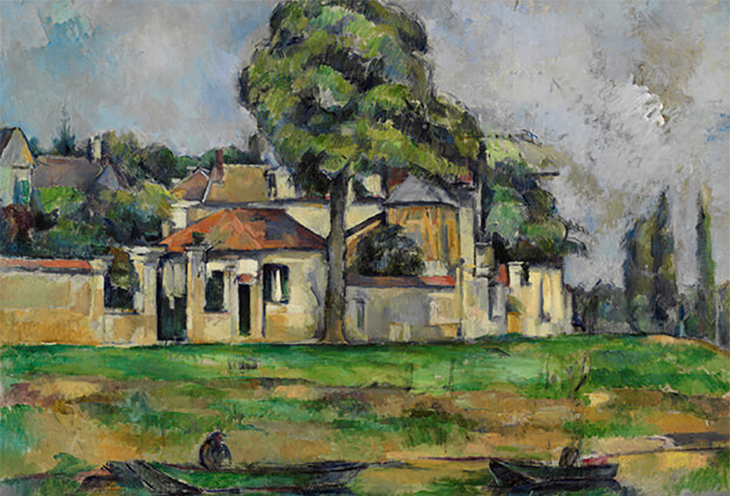 Margaret Olley also formed relationships for life with notable Australian artists of her age.  They included such luminaries as Jeffrey Smart, William Dobell and Donald Friend, as well as contemporary artist Ben Quilty. Quilty’s delightful portrait of his mentor and friend won for him the Archibald Prize in 2011.

He said at the time…

‘…Margaret has had such a powerful bearing on my career…

… she has asked me constantly for years to stop painting ugly skulls and to paint something beautiful.’

Both exhibitions will be FREE ENTRY. 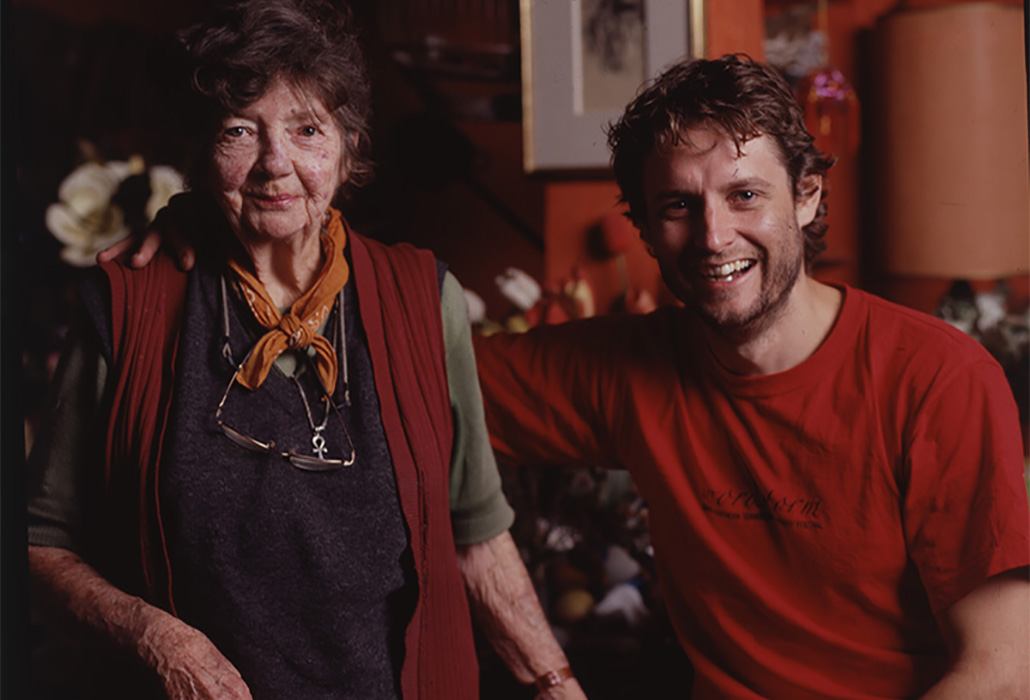 Margaret Olley had an incredible ability to descend into the very depths of her spirit and soul to reveal beauty’s essence. She knew what she liked, what she wanted, embraced it and went out and made it happen. 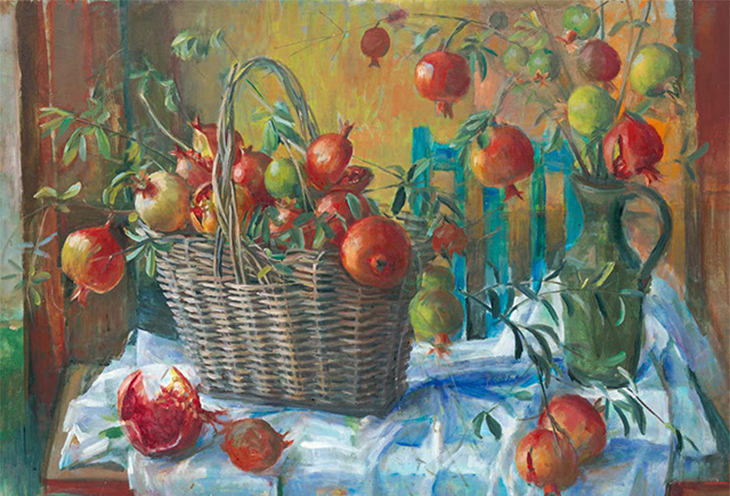 Quite literally the indomitable spirit of art in Australia, Margaret Olley produced many colourful paintings of interiors, which remain today as an insight into a full life well-lived in her own habitat, and on her own terms.

Travelling and living abroad, as well as at home between Brisbane, Newcastle and Sydney in Australia over the years following World War II, Margaret Olley gradually became the gregarious, generous and glorious character we all adored, who had… an absolute obsession to paint. 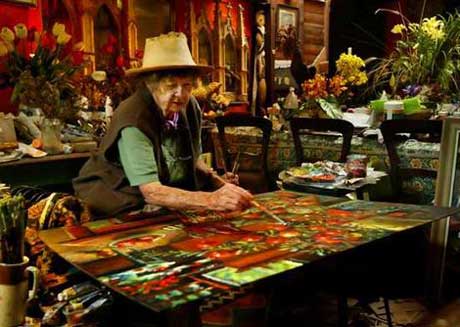 In her haven and home Margaret Olley 2006 Photo: Steven Siewert

She said “…I go to bed and I can’t wait to wake up and be painting again.”

Born in rural NSW at Lismore near the Queensland border, Margaret Olley attended boarding school at Somerville House, in Brisbane. This is where her love for painting was first nurtured and then expanded when she attended Brisbane Central Technical College in 1941.

It was 1942 when she moved to Sydney to enroll in a diploma of art at East Sydney Technical College (later National Art School) where she graduated with first-class honours. 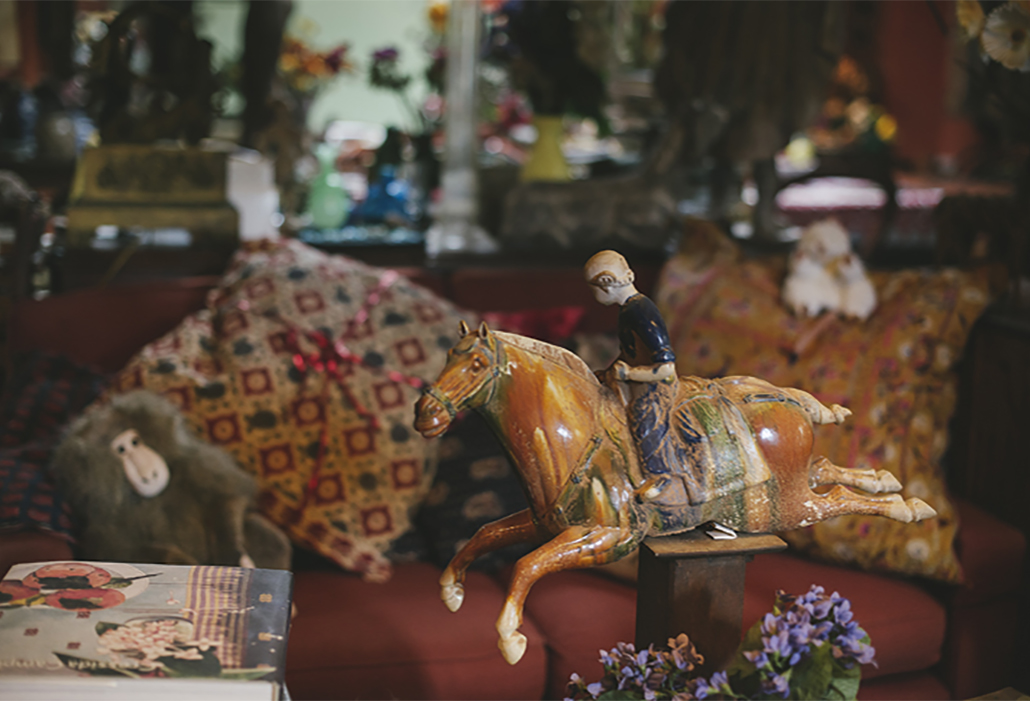 Margaret Olley’s studio, her Tang dynasty horse and rider was a special focus of the sitting area

Fortunate enough to enjoy the privilege of spending time with Margaret Olley during her later life at her wonderful studio in Paddington, Sydney, I enjoyed gaining an insight into her truly remarkable inner fortitude, great skill set and wondrous painter’s eye.

This happened when I was visiting Sydney from Brisbane, 2000 – 2010 where I was working in the world of visual and performance arts. 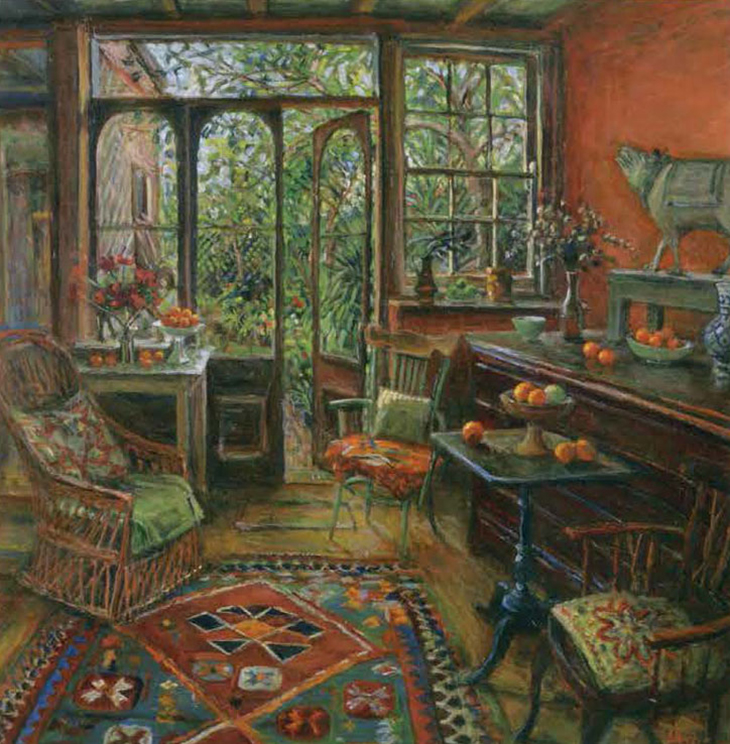 Loved going to visit her studio. At that time it was filled with the ceramics, sculptural pieces and many of the flower arrangements that would turn up in her marvelous paintings, which had so much heart. 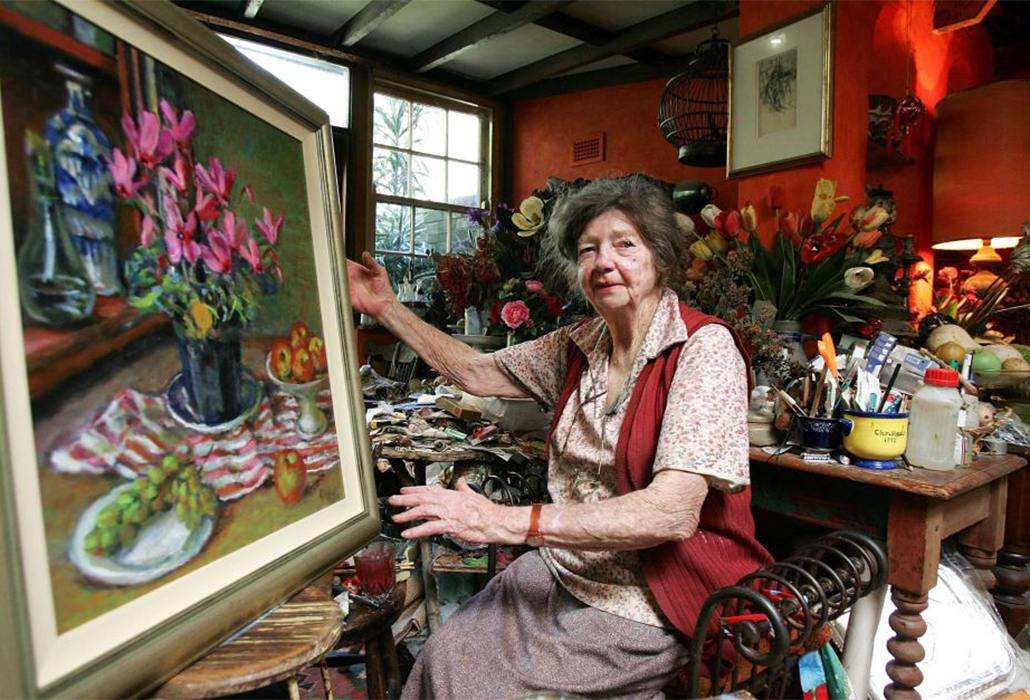 The atmosphere was like being in a great Baroque setting, one overflowing with abundance and joy with at its essence a wonderful woman, who not only embraced the pursuit of pathos, that interior universe to which we are drawn attracted by life’s complexities and contradictions but also understood its many shades and nuances.

She had a giant intellect and we always enjoyed a lively debate about a subject that was current, or what constituted art in the contemporary age. 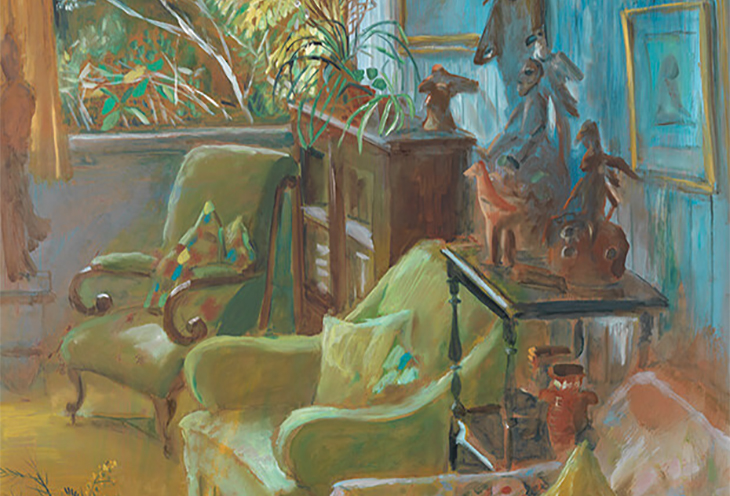 At QAGOMA there will be a focus on her early post-war paintings, including when she lived on Spring Hill, where I was living at the time I met up with her again.

On opening day, there will be pop-up performances and hand-on workshops, including a talk by her agent for decades Philip Bacon, principal of Internationally-recognised Philip Bacon Galleries, who will reflect on their long friendship and business relationship. 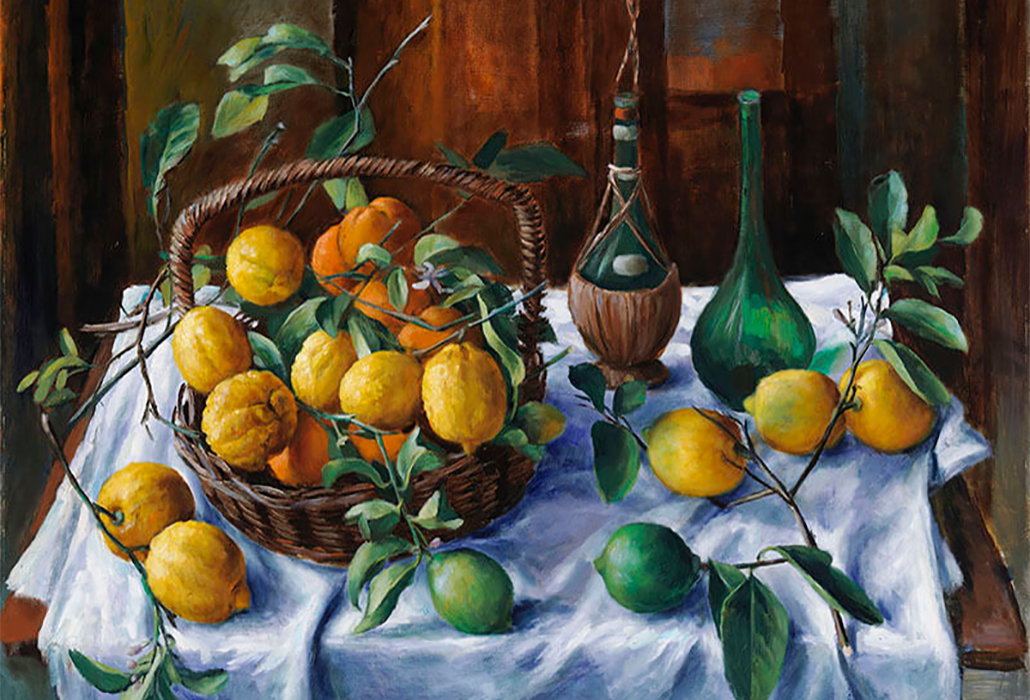 FREE daily guided tours of the exhibition will take place from June 17, at 11.00 am. 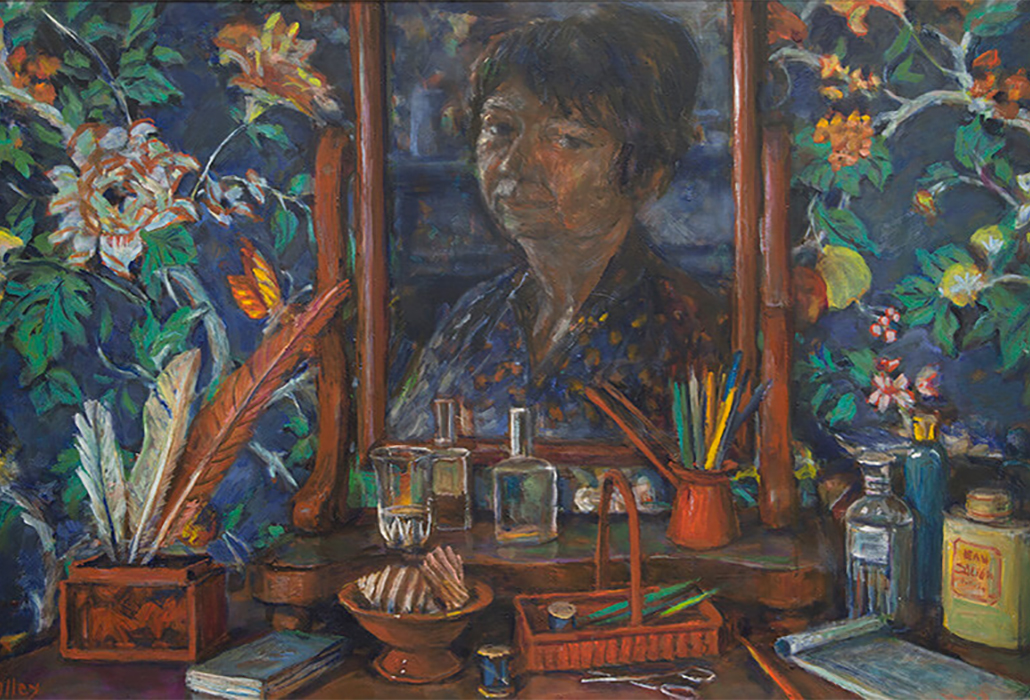