Bendigo Art Gallery in Victoria, Australia is becoming well known world-wide for presenting landmark exhibitions that draw an enormous amount of tourism to this fabulous city in its rural setting in the middle of the State.

Founded during the days of the great gold rush of the 19th century Bendigo, with its impressive architectural gems, the lively community of residents and merchants will be thinking they have struck gold again, with the coming in 2016 of the very special show featuring Marilyn Monroe

Collaborating with famous Hollywood Studio 20th Century Fox the Bendigo Art Gallery will from March 5 – July 10, 2016 present Marilyn Monroe a blockbuster exhibition curated by the gallery, which is exclusive to Bendigo.

Marilyn Monroe will be a comprehensive display of the fabulous film star’s costume, photographs and personal effects. An added bonus is that Seward Johnson’s iconic eight-metre sculpture of the legendary blonde beauty Forever Marilyn, is on show in the heart of the city. This is the famous and very controversial image of our favourite blonde beauty from the 1955 film The Seven Year Itch, imitating the moment a gust from a drain raised the hem of her halter neck white dress in the air. It has never travelled outside the USA before.

“This is going to be a showstopper. It will bring visitors in there thousands from all over the world, and will showcase Bendigo’s strengths as a leader for the big events.”

“We believe this will be a ground breaking exhibition… It will not only highlight Marilyn’s allure and undeniable talent, but also the world’s ongoing fascination with her story, and continues Bendigo Art Gallery’s success of creating exhibitions that highlight iconic women of the Twentieth Century.”

Marilyn Monroe (1926 – 1962) was undoubtedly a complex woman and she and her tragic death age 36 has meant she has become part of global mythology.

Born Norma Jean Baker, the woman who would change her name legally to become Marilyn Monroe, would also come to be known as a humanitarian, intellectual, style icon, artist and all round clever lady much loved and liked.

She was an integral aspect of my own growing years during the 1950’s. A contemporary of my eldest sister, Marilyn Monroe was admired for her beauty and allure and there is not a movie of hers that I did not see more than once.

My favourite movies included Gentlemen Prefer Blondes with Jane Russell (what a pairing). There was Marilyn’s iconic song Diamonds are a Girl’s best friend and Just Two Little Girls from Little Rock with Jane, both of which were sensational musical numbers.

Then there was How to Marry a Millionaire with Lauren Bacall and Betty Grable and the face that launched a thousand ships Helen of Troy, France’s ill fated Queen Marie Antoinette and ancient Greece’s famed beauty Venus de Milo had nothing on this trio of fabulous dames. The Seven Year Itch and the all time favourite, Some Like it Hot (1959) with Tony Curtis and Jack Lemmon for which Marilyn won a Golden Globe Award as Best Actress (1960), well they were perhaps the best of all. The soldiers in South Korea were very happy when in 1954 she performed for some 10,000 troops, raising their spirits and temperatures no doubt.

She was incredibly beautiful and it’s no wonder that Marilyn Monroe became a symbol of Hollywood all over the world.

She certainly influenced the fashion of my age and I must say at one point I had a copy of the pleated white halter neck dress that helped make her so famous.

The original sold for 5.6 million dollars, making it the ‘world’s most valuable movie costume’ ever.

Discovered by photographer Bruno Bernard when she walked down Sunset Boulevard in the summer of 1946, his ‘photo tests’ turned into a cover shot on Laff magazine, which sparked the interest of mogul Howard Hughes.

It was 1949 when Tom Kelly completed his nude photo shoot of the lovely young model who was fast becoming a celebrity.

It sparked a sensation and she is reported as saying that she hoped it would one day ‘make her a household name’, which it did and she became the pin up girl of the century.

Her beauty was perceived by many to be only skin-deep, but was it asked Andy Warhol the pop art Prince? 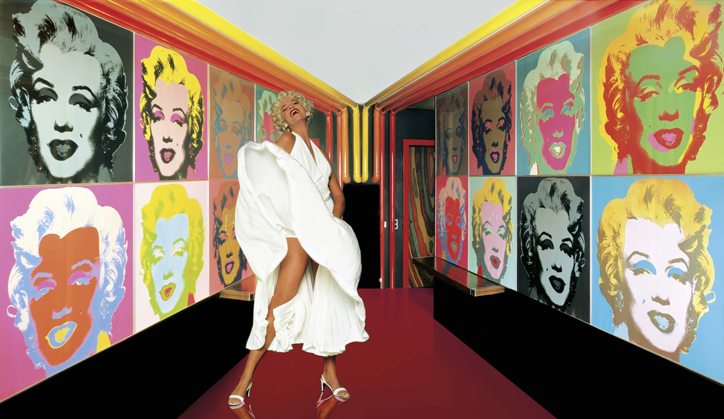 He repeated her image over and over again thrusting it at us to analyse.

Surely there was a lot more going than what appears on the surface? 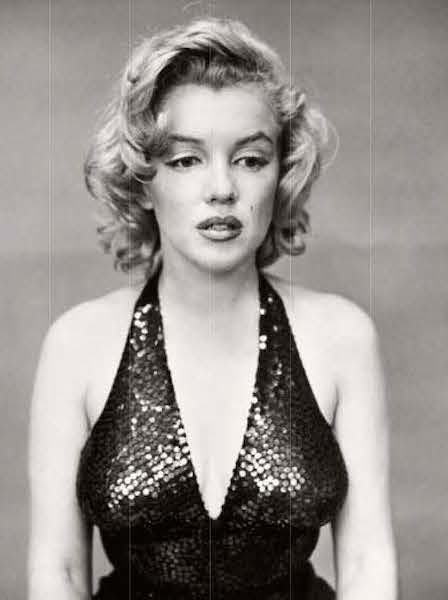 Her Director Joshua Logan in her movie Bus Stop, 1956 certainly thought so

He said “Marilyn is near a genius as any actress I ever knew. She is an artist beyond artistry. She is the most completely realized and authentic actress since Greta Garbo. She has that same unfathomable mysteriousness. She is pure cinema!”

Richard Avedon world famous photographer in 1957 also sought to capture her elusive qualities and inner life, capturing her at a moment when her public façade was down.

Her favourite artist was Goya and she is reported as saying ‘I know this man very well, we have the same dreams, I have had the same dreams since I was a child’.

Marilyn Monroe could light up a room, a life and a screen like no one had before or since. She liked to ‘be really dressed up, or really undressed. I don’t bother with anything in between’ she said.

What a coup Bendigo Art Gallery, can hardly wait!

Marilyn Monroe left a legacy of beauty, which has been reinterpreted by many other artists, including Madonna and Scarlett Johansson.

She certainly demanded her ‘right to twinkle’, after all Marilyn Monroe was a bona fide ‘star’.