American Philosopher Martha C. Nussbaum is the Ernst Freund Distinguished Service Professor of Law and Ethics in the Philosophy Department, Law School, and Divinity School at the University of Chicago. In her short and powerful book Not for Profit: Why Democracy Needs the Humanities she makes a passionate case for the importance of the liberal arts at all levels of education.

She says ‘ the aims of education have gone disturbingly awry both in the United States and abroad’. Traditionally at Universities for hundreds of years the Humanities focused on improving the human condition. They included the study of Archaeology; Asian Studies; Classical Studies; English; European Languages and Cultures; History; Linguistics and Philology; Philosophy, Religion and the History of Ideas; Cultural and Communication Studies; The Arts. 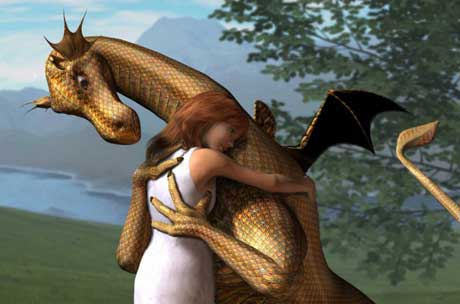 Integral to their aims was to encourage critical thinking, contributing to the shaping and moulding of western civilization and its core values. As a response to critical funding issues heads of universities in cities across the world during the last twenty years of the twentieth century began to focus on teaching students to be commercially productive rather than to think critically and become knowledgeable and empathetic citizens. In some startling cases, they dispensed with the humanities altogether.

This focus on profitable skills while in some ways understandable, was also shortsighted. Over the last fifty years, as Martha Nussbaum reveals, it has been successful in eroding our ability to criticize or challenge authority, to sympathize and/or empathize with those in our society who are marginalized, such as the homeless, or those who are different, such as those with autism. As well, it has also damaged our ability to deal with complex global issues. Instead of slaying the dragon hugging it would have been a much more helpful way to go, especially in generating social profit. Martha Nussbaum argues, strongly and convincingly, that we must resist efforts to reduce education to a tool of the gross national product. Rather, we must work to reconnect education to the humanities in order to give students the capacity to be true democratic citizens of their cities, countries and the world.

As children many of us would have been read the story of how St George saved the Princess and people of her land from the Dragon. As a symbol of the powers and forces that destroy life the story is a powerful allegory and emblematic of the triumph of good over evil.  St George’s refusal of money from the King as a reward asking that it be given to the poor is symbolic of him putting the needs of the many before that of himself as an individual.  The dragon, well he is a metaphor for the demons we all face and fight ourselves on a daily basis.

In the Anglican Primate of Australia’s brilliant inauguration sermon in 2005 Dr Phillip Aspinall said ‘The dragons of individualism and hedonism often take flight together. Where each individual becomes the centre, and that one’s pleasure becomes the yardstick, should we be surprised that isolationism and the fracturing of community are the offspring that soon spread their wings? ‘. 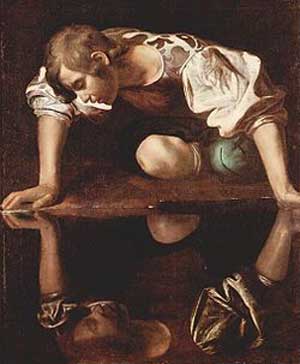 We might slay the dragon, but is the dragon within?

Each of these dragons in our own day, like dragons from time immemorial, appear unstoppable. They represent invincible tyranny and are no respecters of tradition or religious beliefs or societies well being as they wreak their havoc everywhere. In order to strive be truly human – we do need ‘to remain childlike, to keep an open mind, to refine an ability to remain humble, to eschew pride and arrogance and to be reverent towards other people and towards the natural world’ *.

Over the last century it seems our core values have become affected by an almost radical focus on the individual to a point that in the last ten years it is now very easy to encounter people on a daily basis who don’t seemingly connect with, or care about anyone but themselves.  It is indeed scary to think we have entered a cycle climaxing with, in the twentieth century with French historian and author Sabine Melchior Bonnet’s words, the ‘democratization of narcissism’.

How do we reverse the trend? Will studying the humanities assist us to provide the answer? I am one voice who believes it will.  Philosopher, essayist poet and novelist George Santayana (1863-1952) said ‘Progress, far from consisting in change, depends on retentiveness. When change is absolute there remains no being to improve and no direction is set for possible improvement: and when experience is not retained…infancy is perpetual. Those who cannot remember the past are condemned to repeat it‘ 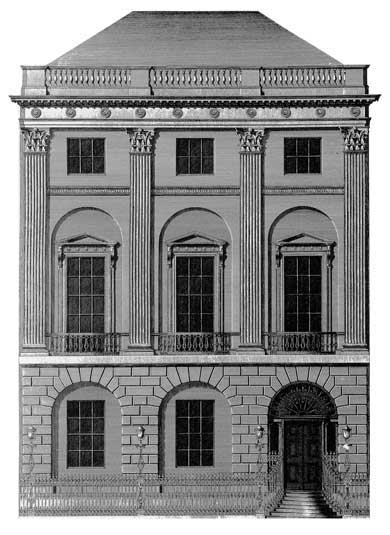 Royal Society for the encouragement of Arts, Manufactures & Commerce, London Engraving from the Works in Architecture of eighteenth century Scottish Architect Robert Adam

In 1754 London drawing master and social reformer William Shipley founded the Royal Society for the encouragement of Arts, Manufactures & Commerce (RSA London). Shipley was on a quest beyond self  ‘ to embolden enterprise, enlarge science, refine arts, improve our manufactures and extend our commerce’. He knew that all of these aims must be integral to each other if the organization he was founding was to contribute to humanity and its success and continue its mission into the future. The RSA at London having celebrated its 250th anniversary founded it’s own teaching Academy on Tuesday 4th November 2008 ‘to provide a first-class education for students that provided a mix of academic and vocational courses and qualifications to enable young people to realize their potential.’

‘On the 24th May 2010 the RSA further reported they would support a new initiative called Whole Education. Speaking at the launch, young people, employers (BT, Waitrose) and practitioners said ‘The Whole Education partnership will work to ensure that young people learn practical skills such as communication and teamwork, develop qualities such as resilience and empathy and acquire knowledge that goes beyond literacy and numeracy to an understanding of our culture’.  Sounds like good groundwork for studying the humanities in the future.

In Not for Profit: Why Democracy Needs the Humanities Martha C. Nussbaum challenges us all in her call to action. Are we up to the challenge or have we embraced complacency and self interest to the point of excusing ourselves from our responsibilities to each other? Are you able to hug the dragon for social profit?

Not for Profit: Why Democracy Needs the Humanities is available online @ www.bookoffers.com.au

Saying farewell to Julian’s Staffordshire terrier with the soulful eyes is the key to his taking leave of life with grace in Truman, a sublime Spanish movie gem