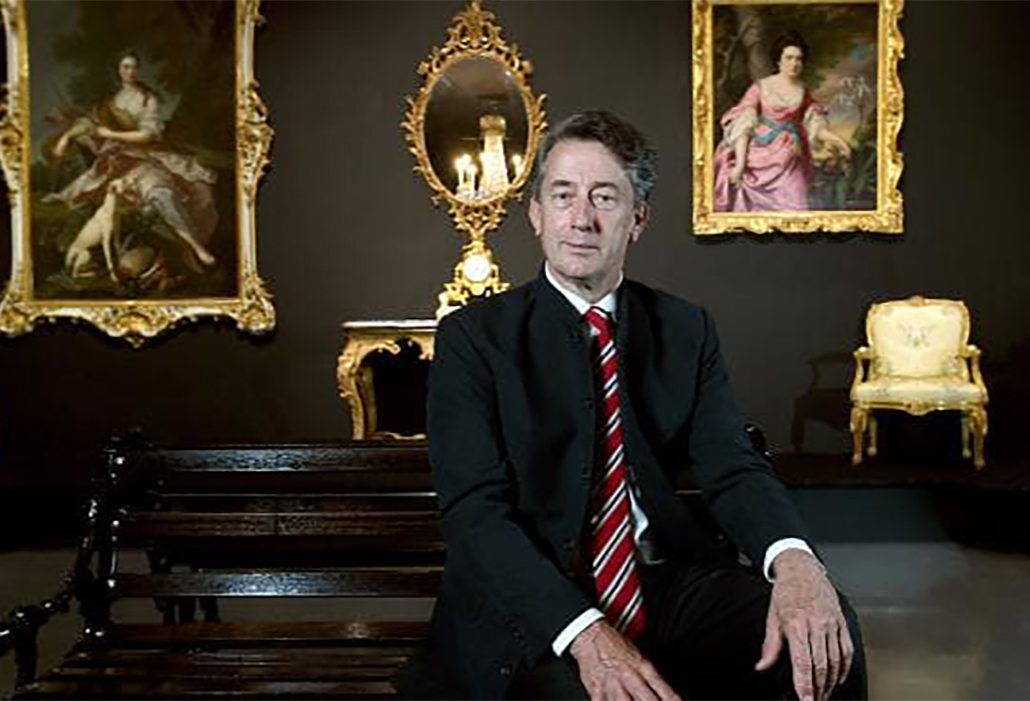 Martyn had been staying overnight, with a great friend and the day before they enjoyed a wonderful day together, laughing out loud continuously as was Martyn’s way. He died quietly in his sleep, which has helped all his friends and colleagues to accept his having left a great void in many lives. Martyn Cook at the Frick Collection in New York

Martyn Cook was a true Renaissance man, one whose thirst for knowledge was only exceeded by his desire for more. He was a compleat gentleman truthful, trustworthy, courteous, courageous, respectful of the rights of others and generous with his possessions.

He also realized all cultures on earth today are equally developed according to their own priorities and values; none is better, more advanced, or less primitive than any other.

He knew that only by seeking to understand each other more fully and by discovering those values that have made us who we are, will we be able to shape our world into the future together.

Martyn lived his life according to his own intuitively derived precepts, as he sought to broaden the depth of his experiences and to achieve the highest level of excellence possible at first, in his professional career in the world of antiques an then as a Director of Australia’s newest house museum and gallery. During his lifetime Martyn worked hard, while seeking to make order out of disorder and to live in harmony with others by working for something beyond self, whether in truth or beauty.

His was a very open and endearing personality; loyal and true to his humanity. He had an affable demeanour, and he was as faithful to his word as to the law, his professional colleagues and his personal friends equally.

He hated a fuss, admired beauty, loved historicity and laughed a lot. Martyn Cook with his nephews, James and Lucas

Most of all, Martyn loved making everyone else laugh.

It helped put people from all walks of life and all backgrounds at their ease, as well as helped make it easier for those in need to be inspired to keep moving forward.

He helped them greatly, by adding into the equation, courage and a wealth of kindness. London would become his second home over the years, simply because he travelled there so often, talking to dealers, climbing all over their furniture and attending auctions.

Clicking at once, Dick took this bright young man from down under, under his wing, so to speak. Already a leading light in the trade of English Furniture from various locations in London during the 1950s until his death in 2005, Turpin was one of Martyn’s extensive support network.

It is not surprising.

They both shared a rag- to-riches story… Martyn was a country boy, who didn’t want to be a farmer and Dick had been born the son of a fruit seller, before entering the antique world. So, they had a lot in common. 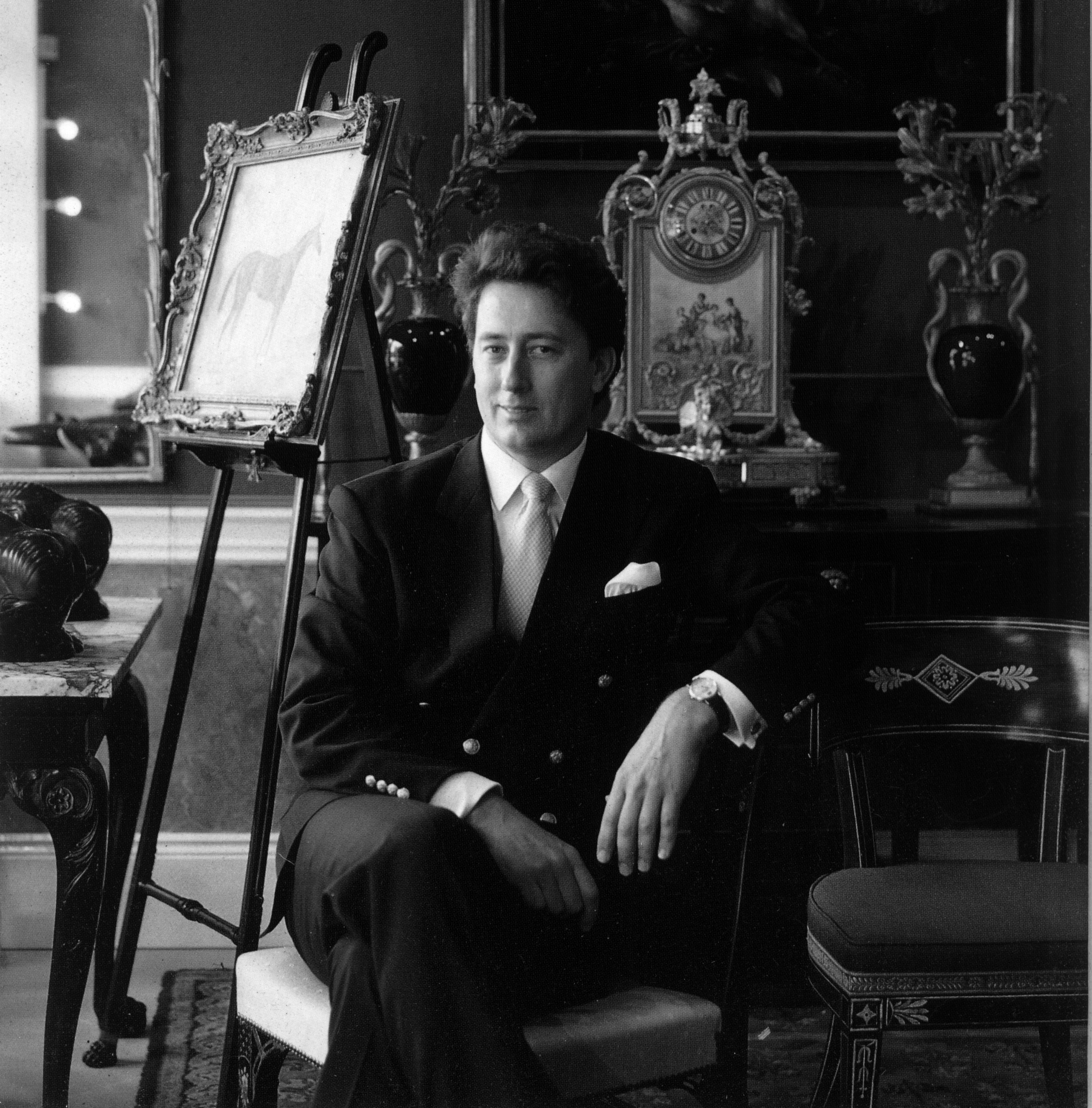 Martyn had a photographic memory, a fact I can attest to as I witnessed him using it first-hand on many occasions. He met morphed from a trendy apprentice hairdresser about town wearing fashionable leather with chains and sporting an impressive afro hairdo (Yes, I’ve seen the photo), into a young man of sartorial elegance wearing ‘le style Anglais’.

So much so, it led many people to believe he was indeed, born in England, a country that was an integral part of his ancestral lineage like so many other Australians. His charismatic well-spoken voice certainly helped that image. 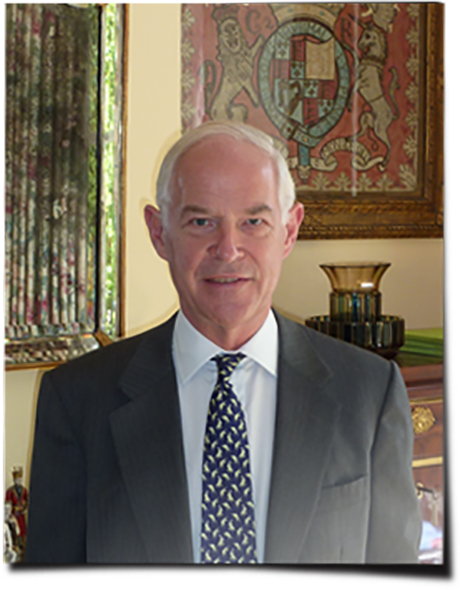 Martyn’s continual pursuit of knowledge and immersion in the world of antiques, where he had now found his niche, grew exponentially from when he was a young man starting out, until he became both recognised and revered by his peers as a ‘master’ of his trade.  In London Lanto Synge, former CEO and MD of Mallett of New Bond Street remembered ‘how Martyn had been tireless in his efforts’ and admired for his enthusiasm when collaborating on a group of outstanding exhibitions here in Australia, all of which were a huge success for just over a decade.

His maxim was ‘nothing in excess’, as he embraced the aesthetics of good design, the quality of marvellous materials while being in awe of outstanding craftsmanship.

He offered everyone who rang his doorbell an unforgettable experience perusing the wonders in his elite salons of antiques and art, especially in the premises, which reigned supreme for twenty years+ on Queen Street Woollahra, where I worked part time as his P.A. for four years, while he built the business. 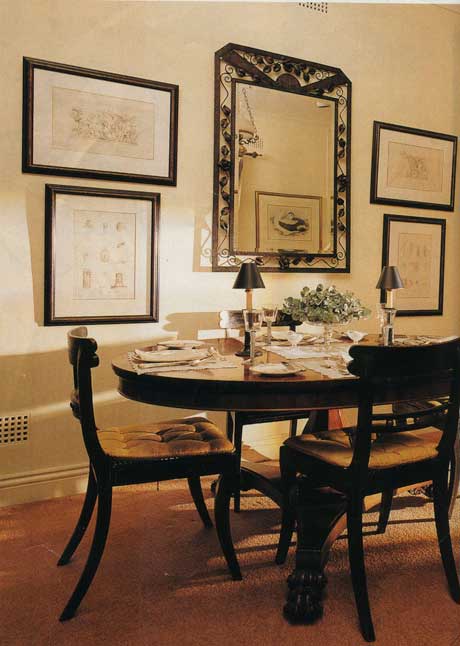 We often invested in ‘finds’, always turning a profit. In the early days I became a bidder at auctions on his behalf, helping me to learn a new skill.

He was very encouraging when he discovered I had been trained as an interior decorator during the early sixties, and had been renovating houses. He liked my work so much, he helped me to go back into business for myself when my sons all hit High school.

We often talked about what constituted good or ‘correct taste’ and I lent him my book by John Steegman The Rule of Taste from George 1 to George IV.

It was all about how the ‘power of discernment’ was not peculiar to the eighteenth, or any other century. He certainly had it in ours.

The eighteenth century was when aesthetics was established as a field of study by philosophers, who placed a distinct emphasis on beauty, transcendence, and the sublime, when discussing ideas surrounding correct ‘taste’. At the time Genevan philosopher, writer and composer Jean-Jacques Rousseau believed ‘taste is perfected with the same means as wisdom’…and what ‘must be done therefore…is…to cultivate taste.

“Taste” in all matters relating to the arts, is in many ways an unsatisfactory word. However perhaps it is the only single word, which expresses the immutable quality of discernment Martyn embraced, alongside other requirements, when assessing an item for his clients. Over the years I would often mind the business when he had to go out of town, and there was much more. It included lecturing together for thirteen years.  My role was to present the theory, he the practice with Australia’s foremost conservator Julian Bickersteth, talking about restoration vs conservation.

This happened 1992 – 2004 for students of the Academy of Design and Decorative Arts in Sydney and Brisbane. They all ended up adoring Martyn Cook too and they worked hard to achieve their diplomas, because he inspired them to succeed.

His antiques career we would have to acknowledge, was enormously successful. However, when the writing on the wall appeared that the days of great dealing were over at least for a while, he took another direction. He honoured the memory and wishes left by his friend and client for over thirty years, the Adelaide businessman and ‘enthusiastic buff’ antiques collector David Roche AM (1930-2013) when he passed.

David left Martyn a huge job to bring to fruition on his behalf; to present his collection in a manner that made it accessible and appealing to the public.

He accepted the challenge.

The process of developing the very large site on Melbourne Street, North Adelaide into a House Museum and Gallery took three years of his flying back and forth, while he reduced his hours as a dealer in order to become full time founding Director.

Since the house museum and state of the art contemporary galleries opening by Paul Keating in June 2016, TDRF, as he called it, has gone from strength to strength and its success is now also integral to Martyn Cook’s very fine legacy. The collection itself is very diverse; from toys, money boxes and naïve items representing the ‘art of the hearth’, to the finest of porcelains by Meissen, wonderful paintings, sterling bronzes, amazing furniture and luxurious furnishing items, all put together with love on their many forays into England, to continental Europe and to Russia together. Julian Bickersteth is now Chairman of the Board at TDRF, guiding the growth and future of this, Australia’s most unique museum to design history and the decorative arts.

It is where a love of antiques is combined with great style, reflecting the attitudes and philosophies, fashions and passions at the essence of Australian culture today. 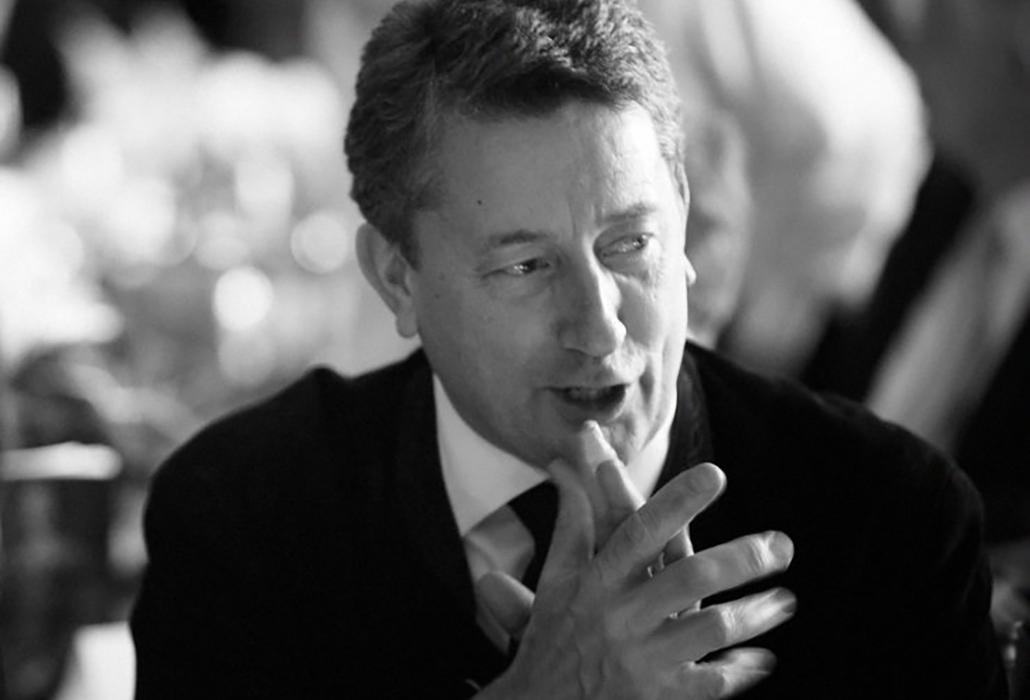 On the road again…sounds like the first few words of a song, and it was as well, a great tune for the Queen of 70’s Pop legend Helen Reddy to sing in 2014 as part of a comeback tour in Australia. After a successful time in America, Helen Reddy had…