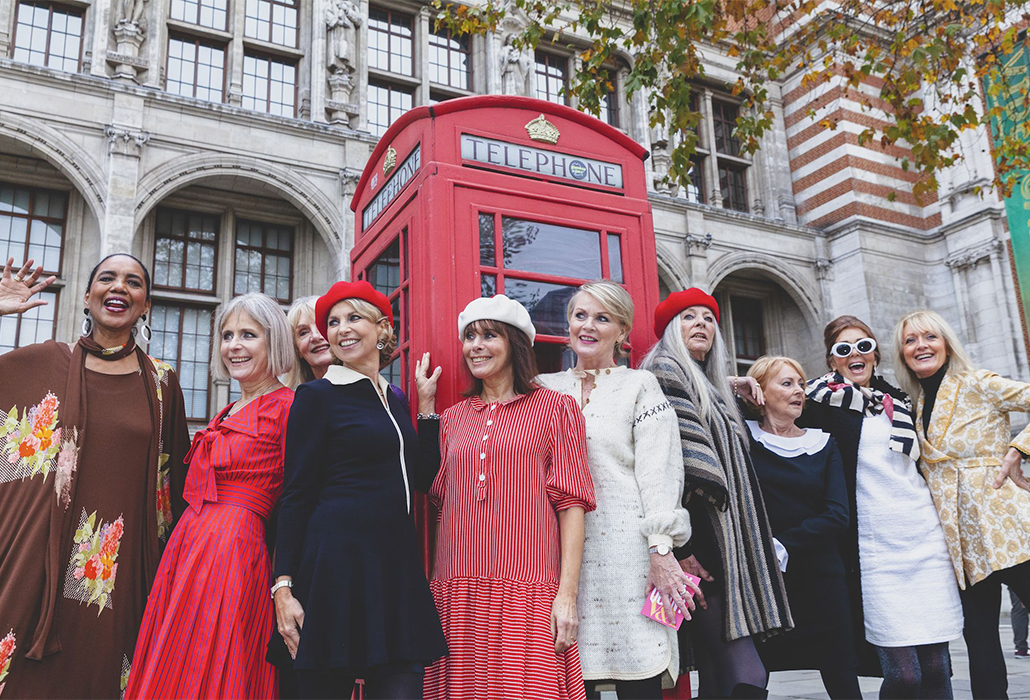 V&A’s 60s revival on the streets of London

Fashion is all about knowing what suits you and wearing it well. It is also about much more than a frock, reflecting our history, our social growth and cultural development.

When it is seen to denote power, then fashion is also more likely to be equated with wealth. At this level, it also becomes subject to politics. It’s a complex issue!

Lights, Camera, Action, Mini Skirts are BACK the headline says… but have they ever really left us is a question we can ask… how far back do they go the younger generation may be asking.

Strike a Pose is an exhibition now showing at the V&A Museum, London until Sunday 16 February 2020, the art of the A line by luminary designer Mary Quant, which may have some of the answers. 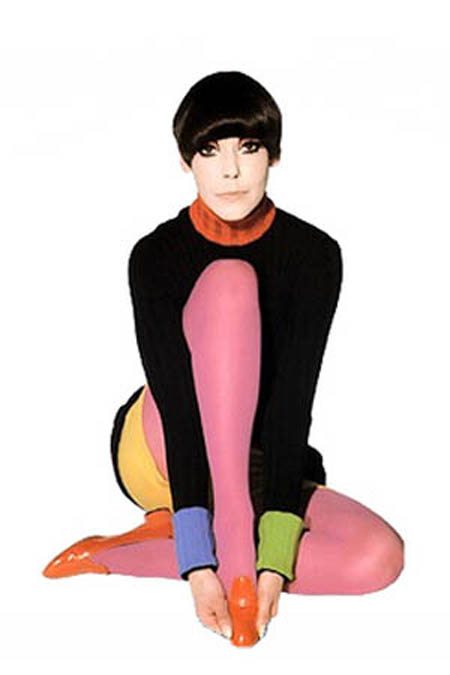 Londoners are busy celebrating the fashionable style of their very own rock star sixties designer the commercially savvy, Mary Quant who not only ensured mini’s as they were affectionately called by my generation came into vogue, but also revolutionized fashion and style, infusing the women’s liberation’s movement with energy, helping to motivate them to succeed.

From miniskirts and hot pants to the titillating tales told by tights, together with a mastery of makeup, this exhibition also offers many fashionable events around the display, which consists of some two hundred garments and accessories, including previously unseen pieces from the designer’s personal archive.

Check inside the exhibition! 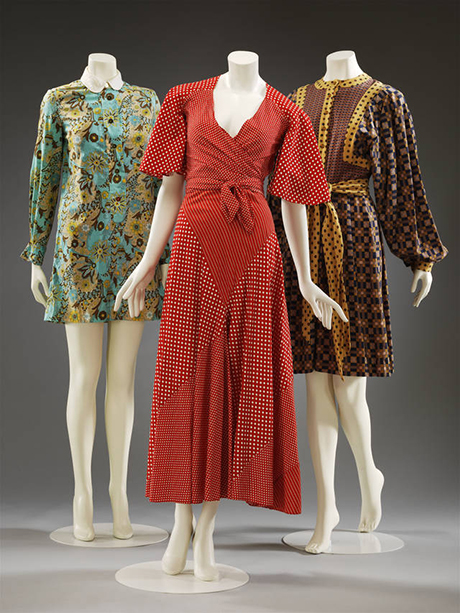 Equivalent to 1920’s girls bobbing their hair, after never being allowed to cut it throughout their growing up years, Mary Quant, whose distinctive designs captured my generation’s imagination, ensured hemlines, which had been rising above the ankle ever since women served in World War II, finally left the knee far behind.

By bringing the all new miniskirt into fashion for the modern woman, she ushered in a whole new age of the old English slant on the Palladian ideal, ‘to see and be seen’… 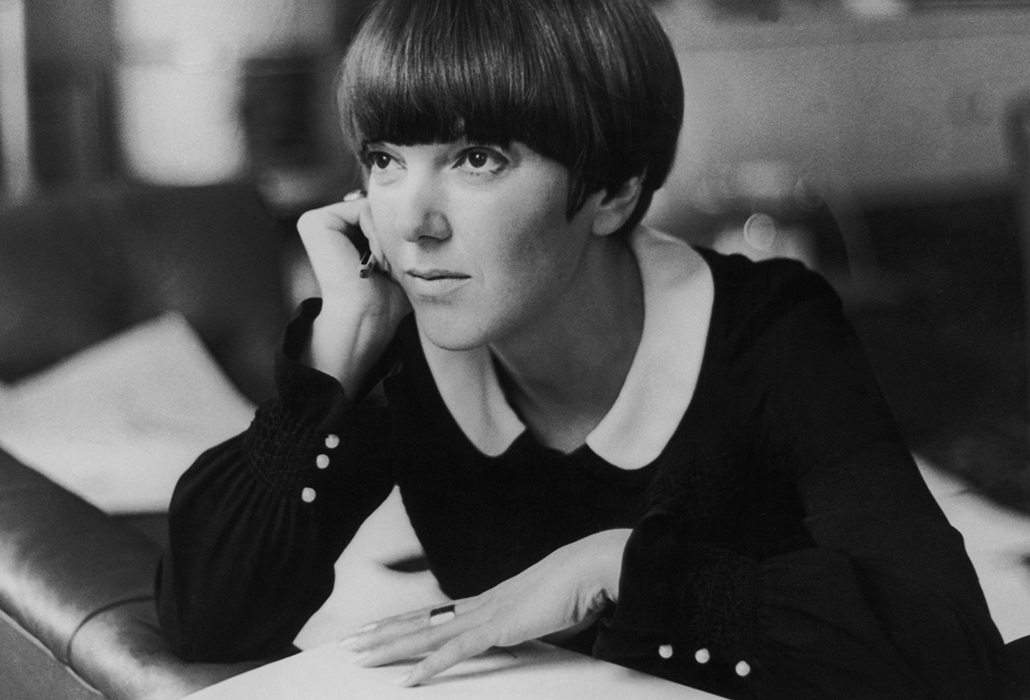 Mary Quant brought out her first distinctive commercial mini skirt designs, which were made out of a type of easy to maintain wool jersey, in 1966.

They were bright and comfortable and women loved their plain colours, especially when they were taken up by such luminaries as British fashion model Twiggy and popularized by music popstars such as Cilla Black. 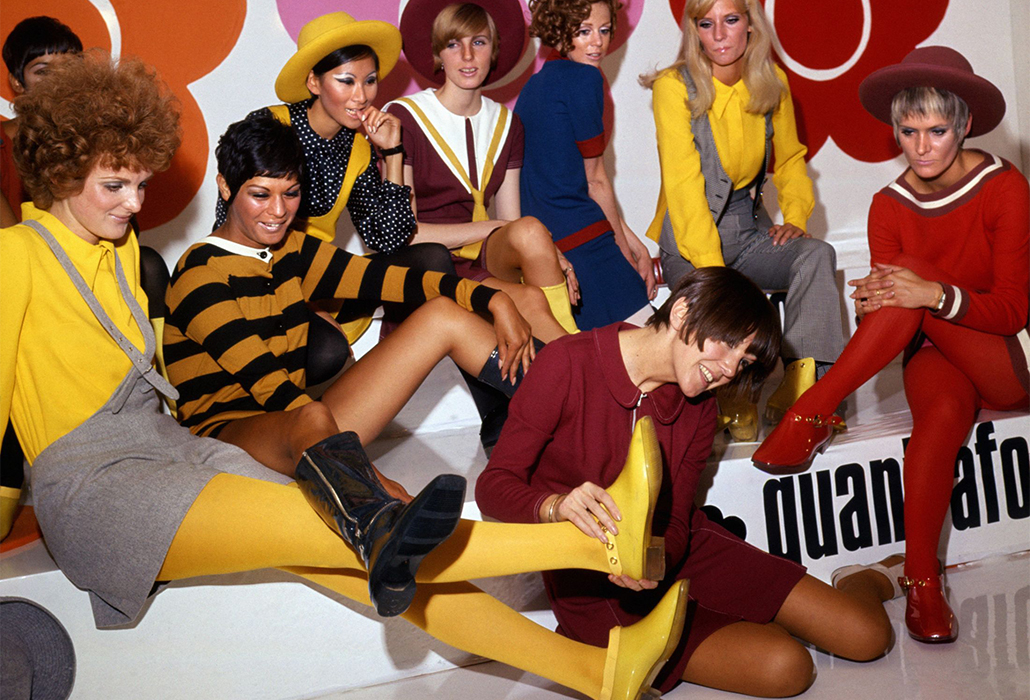 Detail: Mary Quant and models at the launch of the quantafoot collection, 1967. © PA Prints 2008

The sixties mini was the most self-indulgent, optimistic ‘look at me, isn’t life wonderful’ fashion ever devised. It expressed the emancipation of women, the accessibility of the contraception Pill, as well as rock ‘n’ roll. 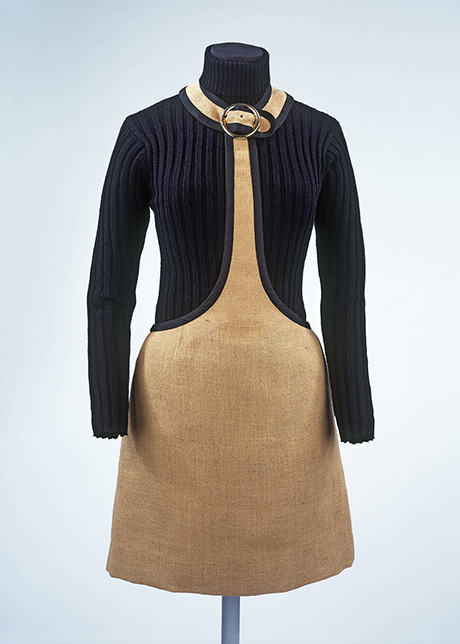 … it was the beginning of women’s lib”, remembered Mary Quant in 2012.  Her above the knee skirts developed right along with the advent of rock and roll during the late 1950s. This was when the huge around the world tour of those likely lads from Liverpool, The Beatles during the 1960’s, helped to change our view on life.

Elite Paris couturier André Courreges, showcased short skirts in 1964 and together with Balenciaga introduced a simple, semi-fitted shape, taking the emphasis away from the waist. Add in Yves Saint Laurent‘s 1959 Trapeze line for Dior and designers across the globe promised to show some knee.

It was indeed shocking. 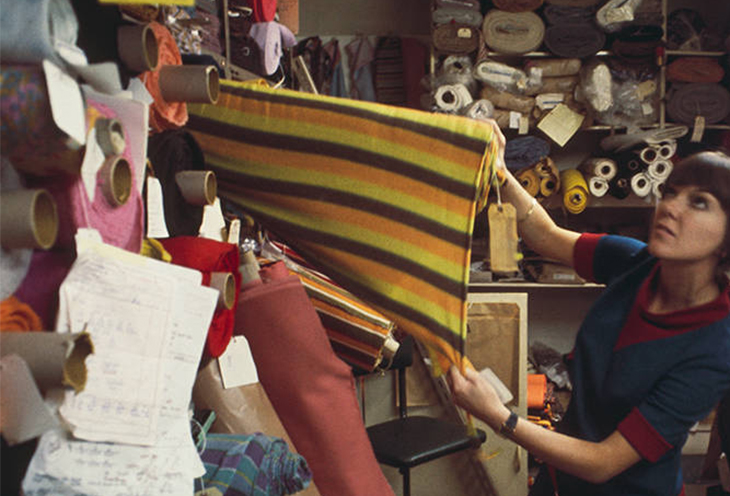 Away from the rarefied world of Parisian couture houses however, it was only designers such as Mary Quant in England, which new age modern young woman chose to follow. 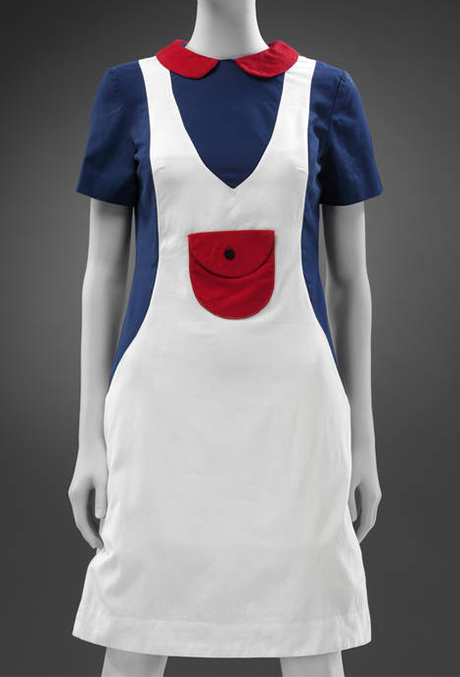 An early ambassador of the ‘above the knee’ look, it was on a visit to New York around 1960 when Mary Quant first shortened her own hemline as they suited her simple shift dresses, inspired by schoolgirl pinafores.

Schoolgirls had been improvising short skirts as soon as they left the school gates behind in the mid 50’s, hooking their tunics over their waistline belts, St Trinian’s style. I know, I was one!

It was 1965 when much admired English model Jean Shrimpton was a special guest at the Melbourne Cup Carnival in Australia, shocking the staid matrons, as well as the nation.

Her casual take on race fashion and her mini skirt, which was a revelation even if it came nearly down to the knee, certainly captured the media’s interest.

Jean Shrimpton shocking the Melbourne Cup Crowd in 1965 showing off her knees and by 1968 in Australia, others were joining in.

It also provided plenty of extra promotional opportunities for fashion pundits. Three years later, the other ladies were all joining in… and instead of the race horses stopping the nation, it was knees! 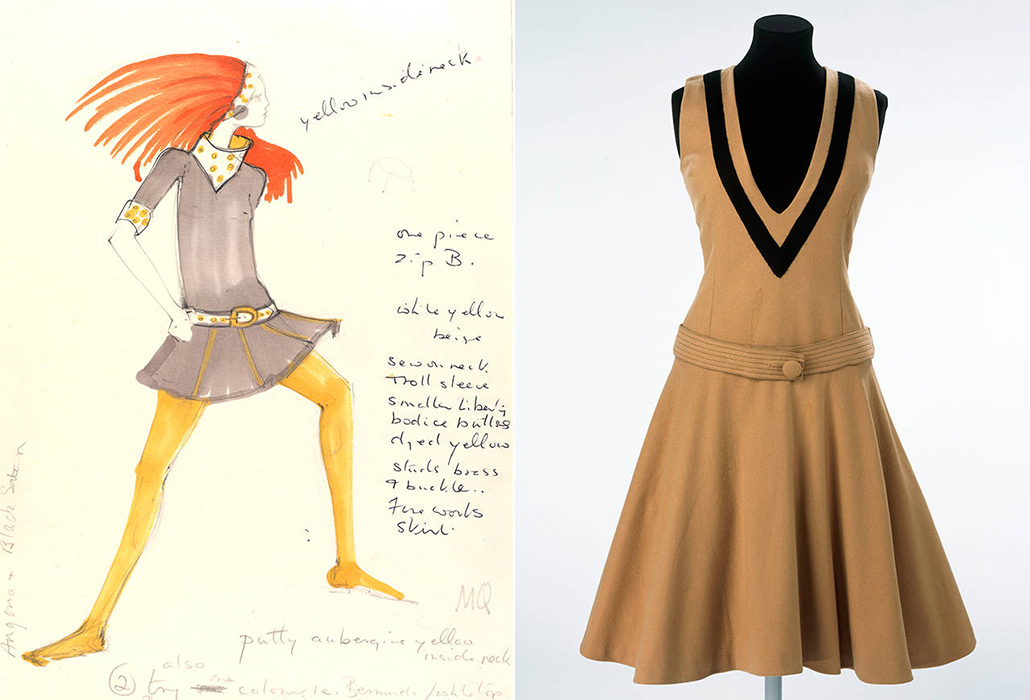 She held a retrospective exhibition of 1960s fashion from 1973 to 1974 at the London Museum, and from 1976 to 1978, worked on the advisory council for the Victoria and Albert Museum. 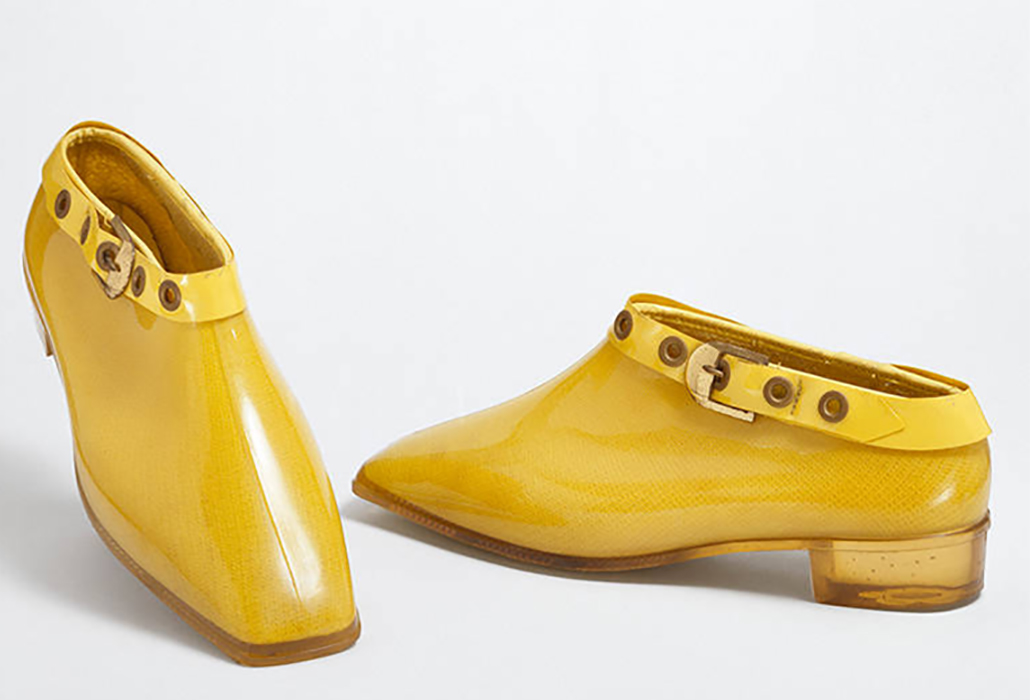 There are many events associated with the exhibition, so go to it and enjoy yourself. If anything, Mary Quant designs were all about having fun! 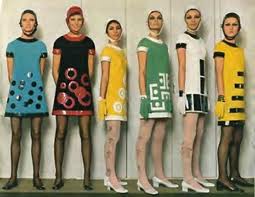 Books and other Quant focused items On Sale in the V&A Shop. 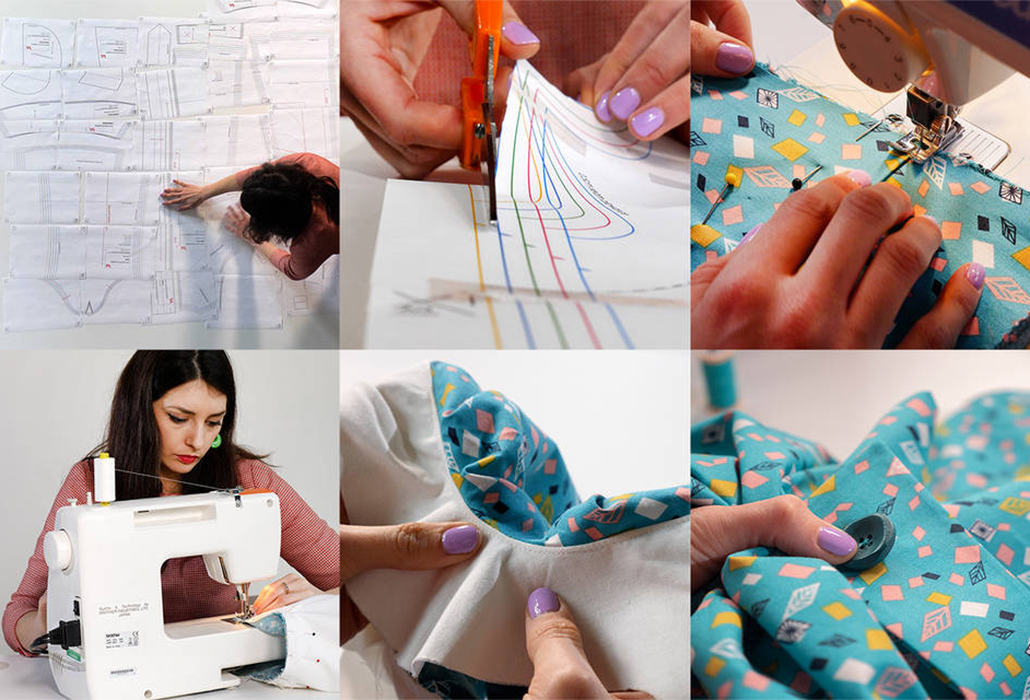 Would you like to make your own 1960s-style minidress?

The V&A has offered a free, downloadable sewing pattern is inspired by Mary Quant’s classic A-line mini – the look that defined a generation. Follow our link!