Queen Mary’s death day certainly did not go off as planned, as her head needed to be severed three times to separate it from her body. Her pet dog having hidden under her dress, also refused to leave her body when the bloody deed was done. 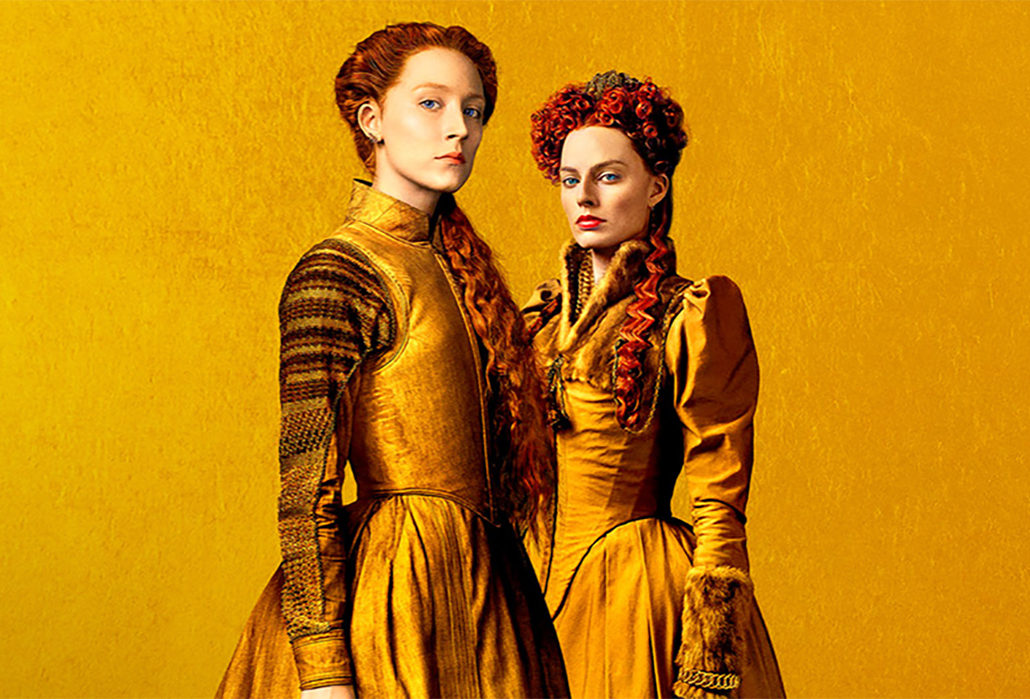 What we know about them both is they were very intelligent women; absolute monarchs in a patriarchal society, whose lives amounted to far more than either their relationships with men, or their rivalry with each other. Unity was what Mary was seeking, after all she believed herself to be the superior monarch.

Don’t Read Any More Unless You Want Some Spoilers 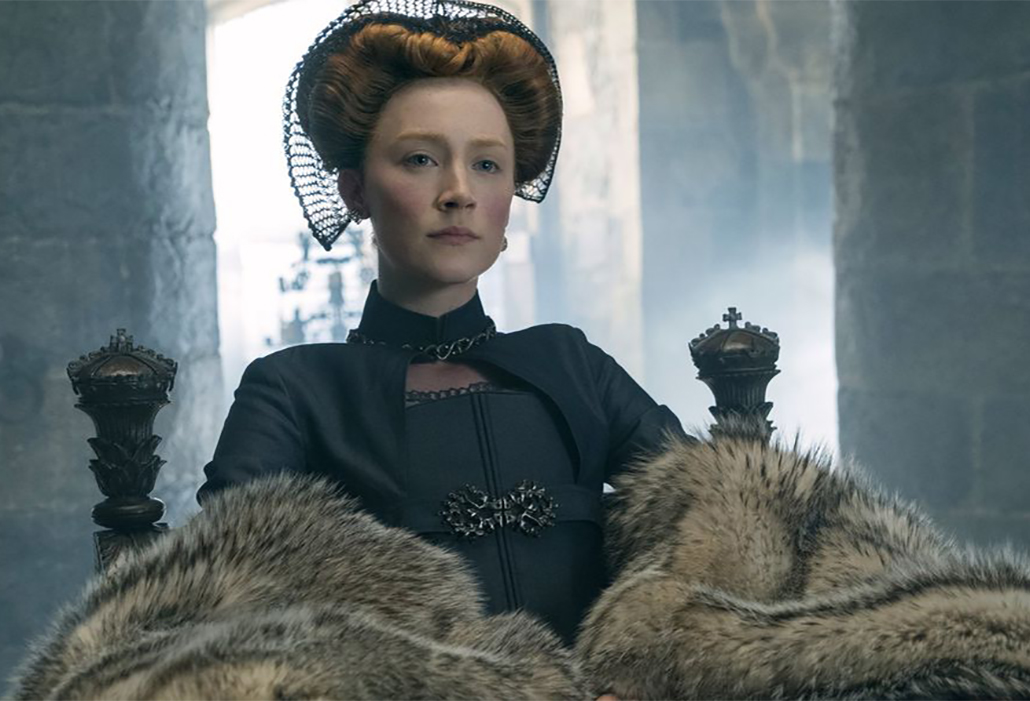 “How did the world come to this… wise men serving the whims of women”… indeed. Flaming red hair against alabaster, with murder, sex, religion, torture, questionable husbands and lovers, destructive politics and pathos, are only but a few aspects of Mary, Queen of Scots, a serious new movie superbly costumed.

Actors Saoirse Ronan as Mary, Queen of Scots and Margot Robbie as Elizabeth 1, have stepped into the roles of the legendary rival Queens of history, to help tell their tale to a new generation. 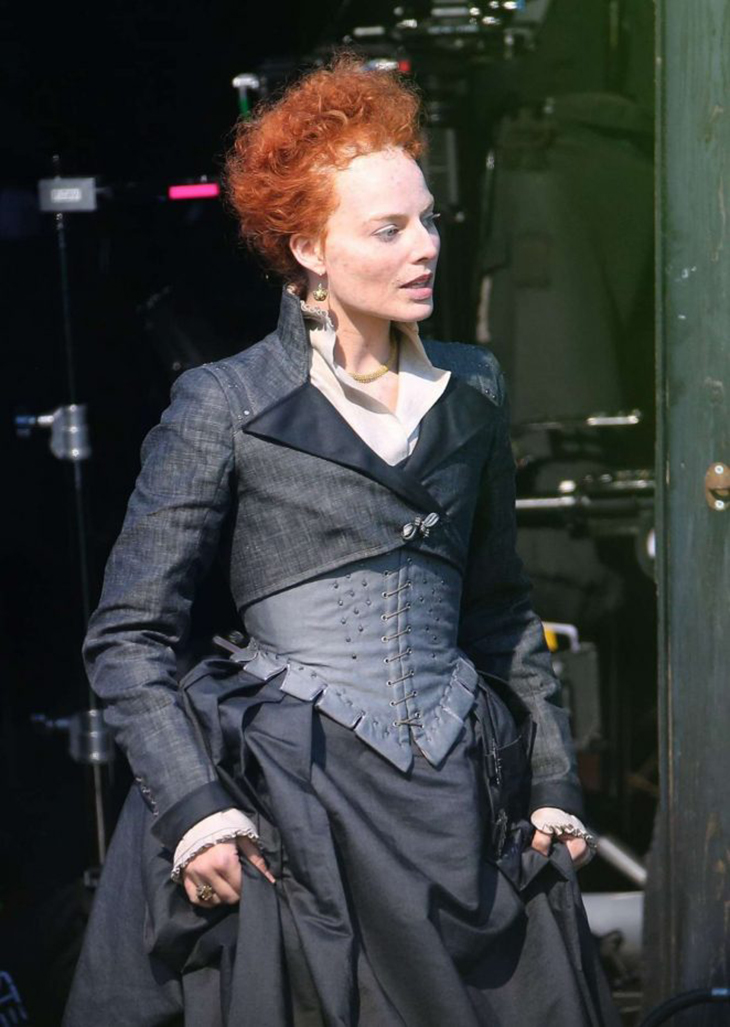 Confident, defiant, both these fierce and feisty red heads, they spent their lives at court surrounded by duplicitous men, some of whom are openly hostile towards them, while yet others hide their more than evil intent, so they can strike from behind.

Just to survive what they both did during their lifetimes was for these two powerful women a Herculean task. Don’t entertain the idea these two women were victims; far from it, they crafted the atmosphere around them, showcasing they were both competent and in charge.

Saoirse Ronan completely inhabits her character passionately and with real feeling, as if she had put on a second skin. She pushes hard against her ‘sister’ Elizabeth, while paying a very high price for acting immediately upon her instincts.

Margot Robbie may have the smaller role, but you can in the close ups see she felt a deep need to respect her Queen’s character, as well as her strong stance, by revealing just a little of what may lie behind that white lead painted pock marked face.

Elizabeth’s passion, unlike her rivals, is subtly realized through a glint in her eye, or by a faint movement of her head, showcasing her as a strong independent woman, who is also often full of hidden doubts. 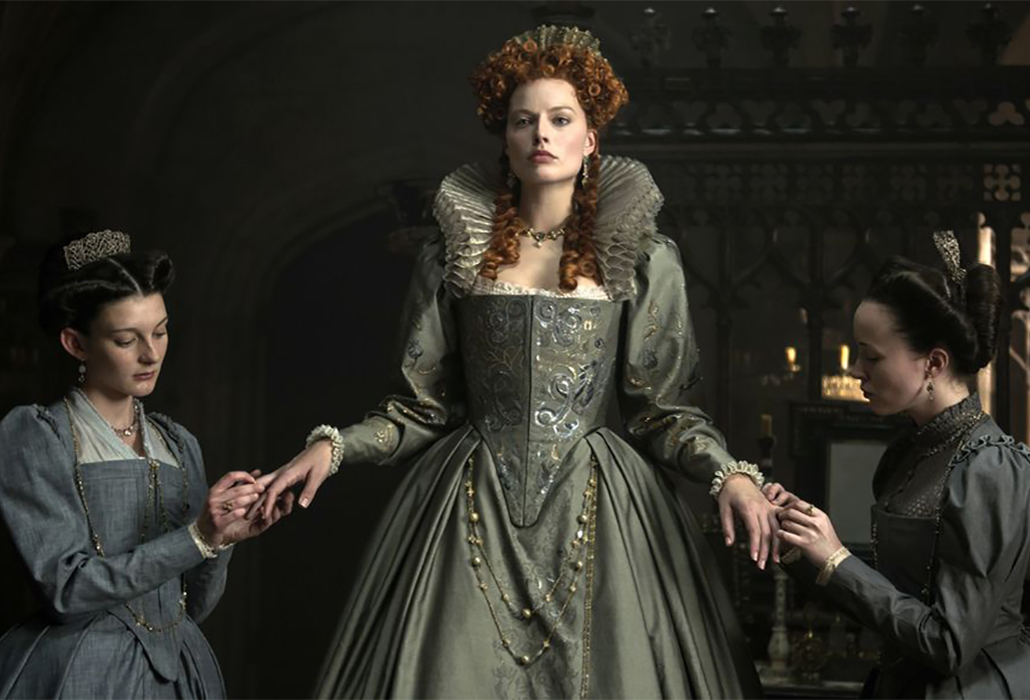 She appears to be a much more vulnerable woman than Mary seems to be. This however is Elisabeth’s strength, because she catches many off guard by appearing to be listening to, and influenced by, their arguments.

She played the game so well she became one of the longest reigning monarchs in England’s history. 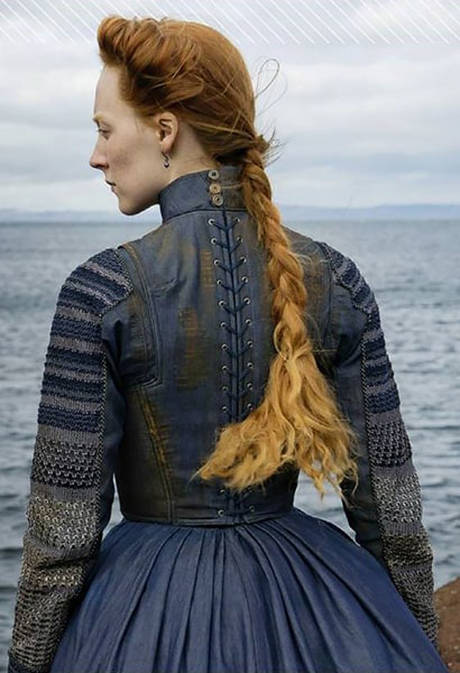 During her lifetime Mary Queen of Scots and her cousin Elizabeth 1 of England never met in person, only in their correspondence, which started with friendship, but ended in rivalry.

Directed by Josie Rourke and written by Beau Willimon, based on a biography of Mary Queen of Scots by John Guy, in this movie a meeting between them takes place in secret; part of its artistic license with historical facts.

Mary married numerous times, while Elizabeth only toyed with suitors for much of her reign. She preferred living her life as a Virgin Queen. In the end, you can almost believe she has become a man, so strong had her resolve become to remain unmarried.

Naming her rival Mary as her heir presumptive, as she was so often urged to do by William Cecil (Guy Pearce) her confidante and spymaster, would have left Elizabeth vulnerable to many coups. So, she always hesitated to do so.

Most were organized by England’s Roman Catholic faction against her; especially after she pushed the Act of Settlement through parliament, making Elizabeth Queen of a Protestant Church of England. 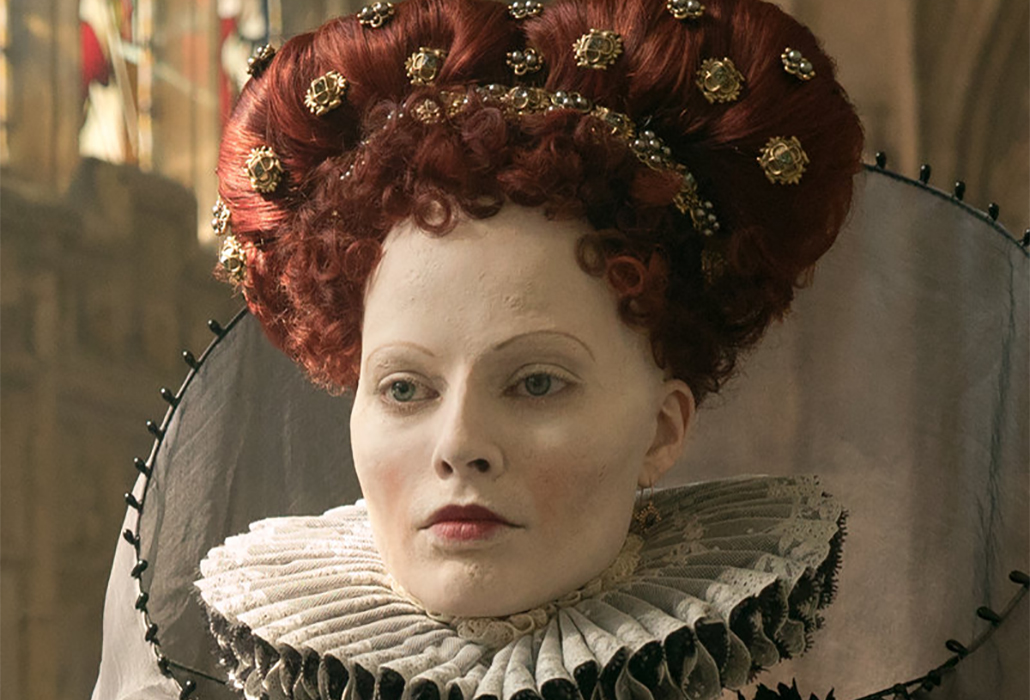 The irony is after both women spent so much time seemingly destroying each other emotionally, it would be Mary’s son James VI of Scotland, who became James 1 of England, its next Protestant ruler and first Stuart monarch. He ensured his mother was triumphant when he eventually came to the English throne, by styling himself “King of Great Britain”. 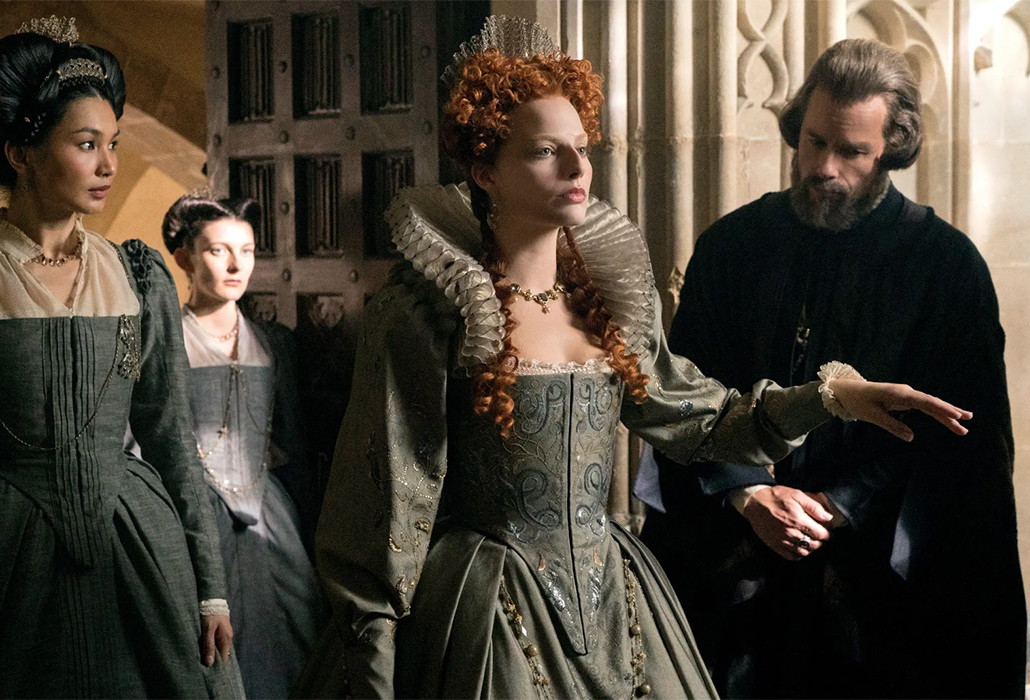 Queen Mary and Queen Elizabeth’s road was not an easy one to walk; it became littered with bodies and heads on pikes as they progressed, with Elizabeth under the guidance and influence of her esteemed courtier William Cecil (Guy Pearce), running the gauntlet on a daily basis.

Elizabeth and her decades-long game of diplomacy threatened both courts and it is interesting that it shows how she was open to present her beloved favourite Robert Dudley (Joe Alwyn) as a possible husband for her cousin. 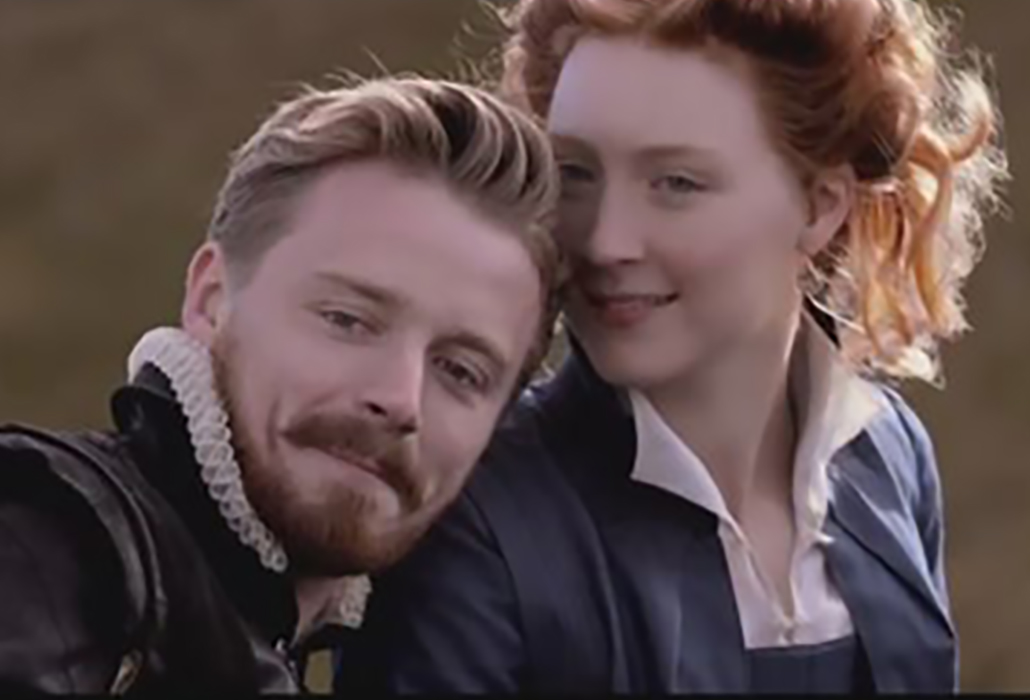 However, Mary , without consultation with her cousin has an opportunist romance with a Roman Catholic, Henry Darnley (Jack Lowden), who wants his marriage to secure his own happiness and damn his wife.

After his dastardly demise, then she gained a third husband, Lord Bothwell (Martin Compston) whom she had trusted implicitly until he also betrayed her.

All the time, the Church of Scotland’s John Knox (David Tennant) hidden under a mile of hair, does his best to destabilize and destroy Queen Mary, making up stories about her and preaching them with authority to a listening public, who thrived on scandalous gossip and witch hunts. 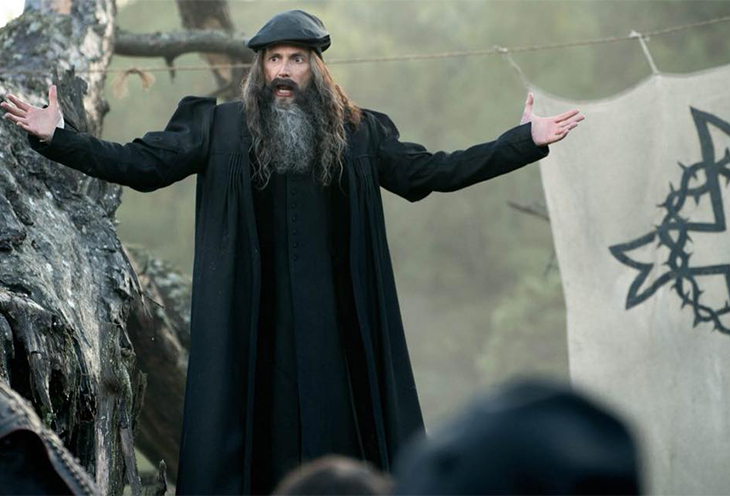 He forces her to leave her country and kingdom and seek shelter and security from her cousin Elizabeth who has her locked up under the protection of the crown, first in Hardwick Hall with the other great free thinking English woman of their time as her jailor, Bess of Hardwick.

For many people today, this telling of the tale may seem a trifle confusing; some historical knowledge is required to understand the attitudes of late sixteenth and early seventeenth century courts in England and Europe where there is a multitude of cruel, uncompromising male ‘players’ managing what happened behind the scenes. 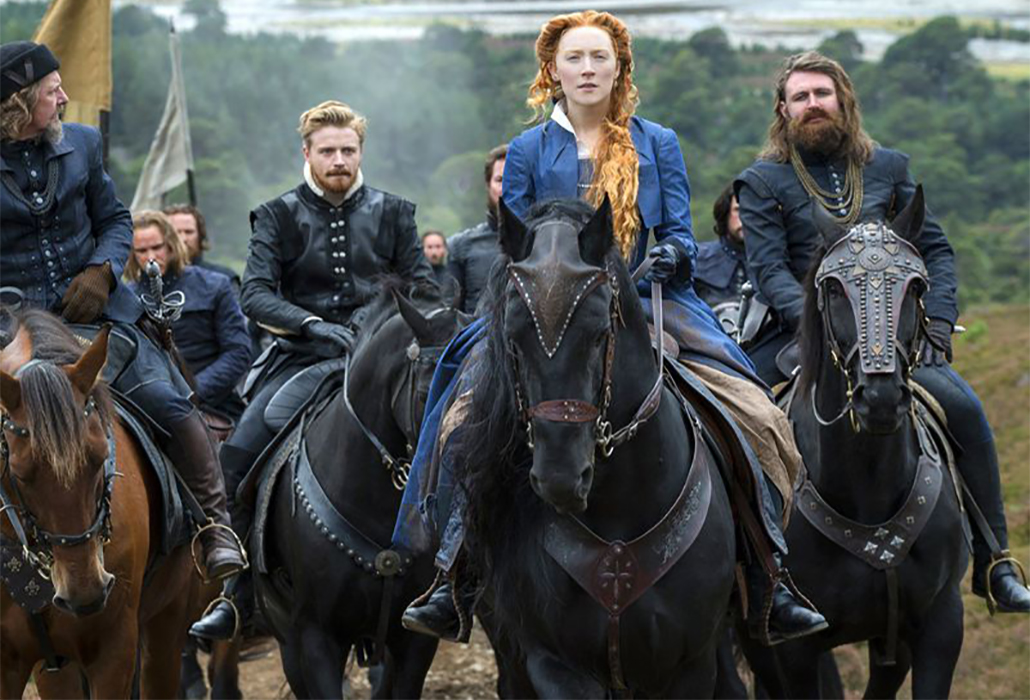 Swat up on your history before seeing Mary, Queen of Scots. It certainly made me glad I am living in the current age.