Are the rewards of art in the execution or the reception? This is a question young Australian actor, writer and film maker, James Fraser (The Water Diviner, The Devil’s Playground and The Turning) has asked himself many times as he spent time reading the book and getting to know the film Tous les matins du monde – all the mornings of the world, which is about renowned French composer and virtuoso viol player Marin Marais (1656-1728)

James Fraser thinks ‘It’s great to be able to explore your thoughts and struggles through art,’. In a unique collaboration with viola da gamba player and The Marais Project founder and teacher Jenny Eriksson, he will on May 29 in Sydney, present a series of reflections in both words and music based on Tour les matins du monde.

Marais lived much of his life at Paris where he was hired as a musician in 1676 at the royal court of Louis XIV at Versailles under the direction of Jean-Baptiste Lully the King’s favourite musician. In 1679 he was appointed ordinaire de la chambre du roy pour la viole, a title that he retained until 1725.

Celebrating the bond between a Master and Pupil will be a special event concert featuring James Fraser for The Marais Project to be held at The Independent Theatre, North Sydney.

Marais it seems enjoyed a very special relationship with his distinguished mentor, French composer and violist Monsieur de Sainte-Colombe (1640-1700). As well he was in a “love triangle” with his masters two musician daughters.

Known for having ‘distanced himself from honours’, Sainte-Colombe has long been regarded as perhaps the greatest viola da gambist of all time, as well as a ‘mysterious figure’. We still do not know his Christian name, despite him being well known in his day. Saint-Colombe composed works for the bass viol, and is also attributed with having added a seventh string to the instrument so that it would be able to attain a greater richness of sound.

“I have known James since he was at school and have watched his acting and film work develop at a rapid pace working, as he does, with industry figures such as Russell Crowe” says Jenny. “It’s been a privilege to have him make some of our most loved Marais Project short films and to now perform with him.” 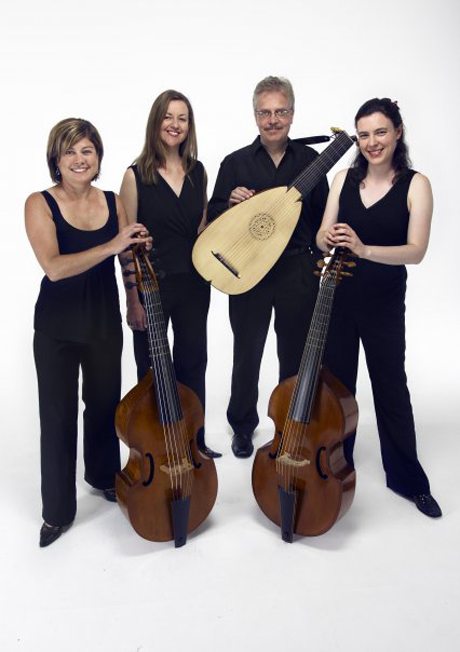 Fraser agrees: “I knew little about the viol until I started doing music videos for Jenny. ‘All the mornings of the world’ is an unusual and remarkable book and I’ve enjoyed going back in time to make sense of it and the world Marais inhabited” he said.

The Master and Pupil concert with James Fraser is part of the “Prelude in T” concert series at The Independent Theatre.

Afternoon tea is served from 2:30 as a prelude to the concert, which will also feature Belinda Montgomery – soprano, Tommie Andersson – theorbo and Jenny Eriksson and Catherine Upex on viola da gamba. Master and Pupil: The Marais Project, 3:30 pm Sunday 29th May, 2016, The Independent Theatre, North Sydney. BUY TICKETS