Celebrating the art of design and craftsmanship in any age, the Masterpiece Fair at London is being be held in a grand marquee in the glorious grounds of the Royal Hospital at Chelsea, 25th June – 1 July., 2015.

Sir Christopher Wren 1682-1692 designed and supervised the building of the Grade I-listed Royal Hospital Chelsea, which was intended by King Charles II (   ) to be a home for soldiers unfit for further duty because of injury or old age.

The 66 acre (27 hectares) site is home to the Chelsea Pensioners.

They still wear the traditional period colourful jackets and triangular hats that have made them stand out from the crowd ever since,

Some 150 representatives from the trade in ‘masterpieces’ will offer a display of very special works including antique and contemporary paintings, sculpture, porcelain, glass, carvings from antiquity to the modern age and more. This includes a dazzling ‘casket’ exhibited by the oldest family owned company in Paris the Kraemer Gallery.

It was made by legendary ebeniste André Charles Boulle (1642-1732) who perfected the technique of inlaying veneer with brass and tortoise shell. It was in part engraved with coloured foils of red, green and blue used in a backing to the transparent materials and is exceedingly rare.

Co-sponsored by Architectural Digest and with the National Portrait Gallery, the Wallace Collection, Sir John Soane Museum and The Courtauld Institute of Art as its cultural partners, ‘A List’ connoisseurs, celebrities and ‘cutting edge’ collectors as well as those who are just plain curious will be sure to be attend the 2015 Masterpiece fair.

Masterpiece is an annual showing of the finest in art and design available.

At the heart of London’s busy summer art and auction season, the Managing Director of Mallett Giles Hutchinson Smith announced that ‘…Blue Dinosaur’ by Lino Tagliapiera had been voted as glass highlight of this year’s fair’. It’s a unique piece from the artist’s private collection. The art of glass design and making has gone a long way since its early inception in the lagoon at Venice.

On the island of Murano it dominated world trade for over 300 years. Old techniques that were perfected down the generations were passed down and still employed, with glassmaking remaining an elite art form. 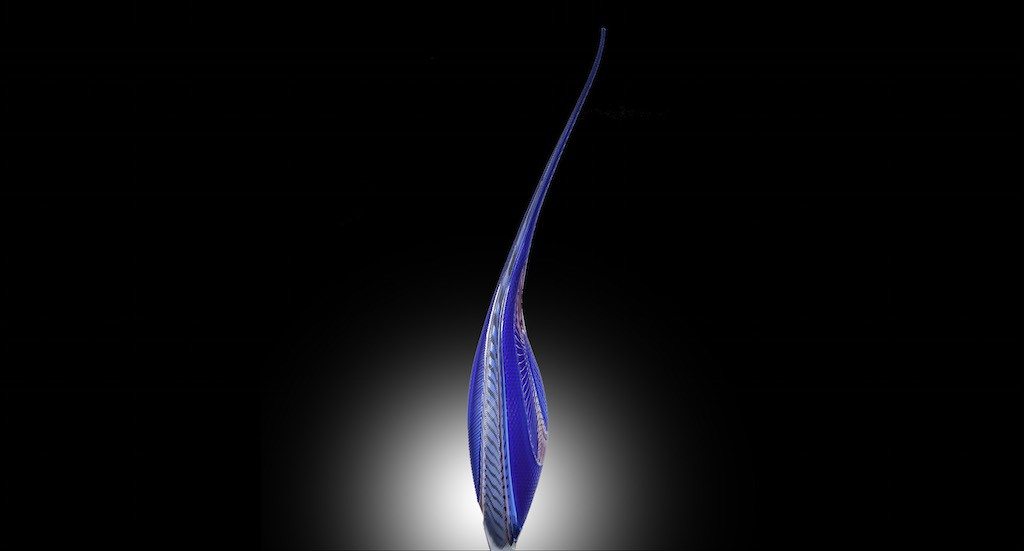 Since the end of World War II specialist artist’s studio have sprung up and the traditions that saw the glassblowing industry supporting the island for centuries has been revitalized.

The much-admired artist and Venetian glassblower who some believe is ‘the greatest glassblower that ever was’.

Lino Tagliapiera will also be speaking at the Mallett stand… on Friday 26th June at 3pm.

The maestro offers large-scale works in a technique he has been perfecting since he was apprenticed at 12 years of age. Since then he has developed a highly personal style that is vibrant, grand, fragile and robust all at once. “Lino pours all that he is into his extraordinary vessels and, with his most recent pieces, breaks all creative boundaries,” says Eleonore Halluitte Andrews, curator of Tagliapiera’s Mallett showing that began in May this year. 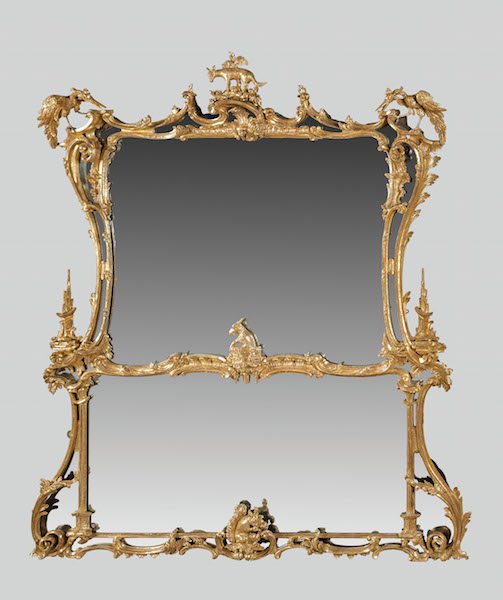 Tagliapietra’s extraordinary and intricately patterned works have been exhibited at the Metropolitan Museum of Art in New York and the Victoria and Albert Museum, London

Mallett of London and New York are renowned for their fine antiques and art with a powerful provenance will offer a range of diverse pieces.

Specialists in many aspects of the decorative arts, Mallet has always offered glorious glass including Mirrors in the Rococo taste.

Following the Revocation of the Edict of Nantes by Louis XIV in 1685, highly skilled Huguenot Parisian designers and craftsmen were forced into exile, an act that led to the immediate dissemination of French taste and style throughout Northern Europe.

The word Rococo derives from Rocaille, the name for the shell work and rock work first popular in garden grottoes in Italy and then France during the 17th century.

It was meant to be delicately elegant and had a distinct love of asymmetry, with the extensive use of c and s scrolls.

It manifested itself in the decoration of small, intimate, luxurious and harmonious interiors, of which the eighteenth century would excel. Rococo style mirrors all over Europe reflected the joy of life, which became a hallmark of a circle of intimate friends.

It was in 1745 at the height of the Rococo style period that renowned French architect Germaine Boffrand (1667 – 1754) said  “The character of the master of a house can be judged by the manner in which it is arranged, decorated, and furnished”.

Seems that is still the case.

Lectures and panel discussions, offering people an insight and appreciation of great art works, are all integral to Masterpiece, a stunning exhibition of design, fine and decorative arts established in 2010. It is sure to be around for a long time.