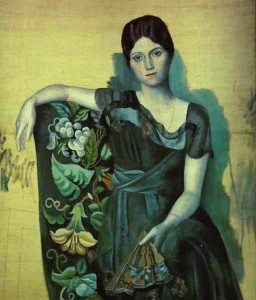 Spanish Painter Pablo Picasso (1881-1973) was above all an innovator. His portrait of Olga his wife in 1917 avoided illusionist realism, which he achieved by flattening the figure against its background. Picasso was a dominating figure of early twentieth century French art and together with the French painter Georges Braque (1882-1963),  explored cubism thorough its various phases; analytic, synthetic, hermetic and rococo in which collage, pieces of wood, wire, newspaper and string became media side by side with paint. When their association ended Picasso designed costume and sets for Diaghilev’s Ballet Russes in both Cubist and Neo Classical styles. Commencing Saturday 12th November 2011 in Sydney is an exciting exhibition of Picasso’s seven-decade career. Direct from Paris, the exhibition entitled Picasso: masterpieces from the Musée National Picasso at Paris will be a must for all enthusiasts of contemporary and modern art, a unique opportunity to capture his genius. Click our link for information and bookings