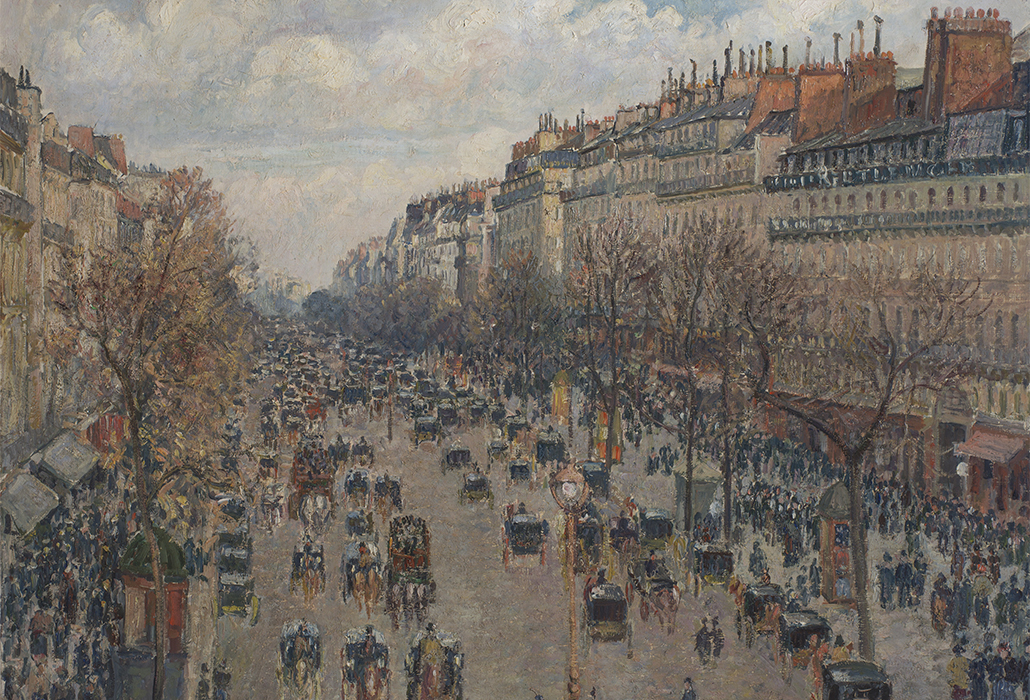 Wondrous works by Masters of Modern Art from the Hermitage Museum in St Petersburg, Russia, will go on show at the Art Gallery NSW from October 13, 2018 – March 3, 2019. The Hermitage as it is more popularly known, is one of the greatest art museums in the world. It is revered as both a treasury and refuge for art.

Significant works in the exhibition are on loan from its illustrious modern collection, which is now housed in the renovated General Staff Building across Palace Square from the Winter Palace, one of the most famous architectural monuments in the fabled city of St Petersburg.

Russian Modernist artist Wassily Kandinsky (1866-1944) believed colours like those featured in his View of Murnau: landscape with a green house painted in 1908 were spiritual. He also believed the good moral character of every artist was reflected in his works. 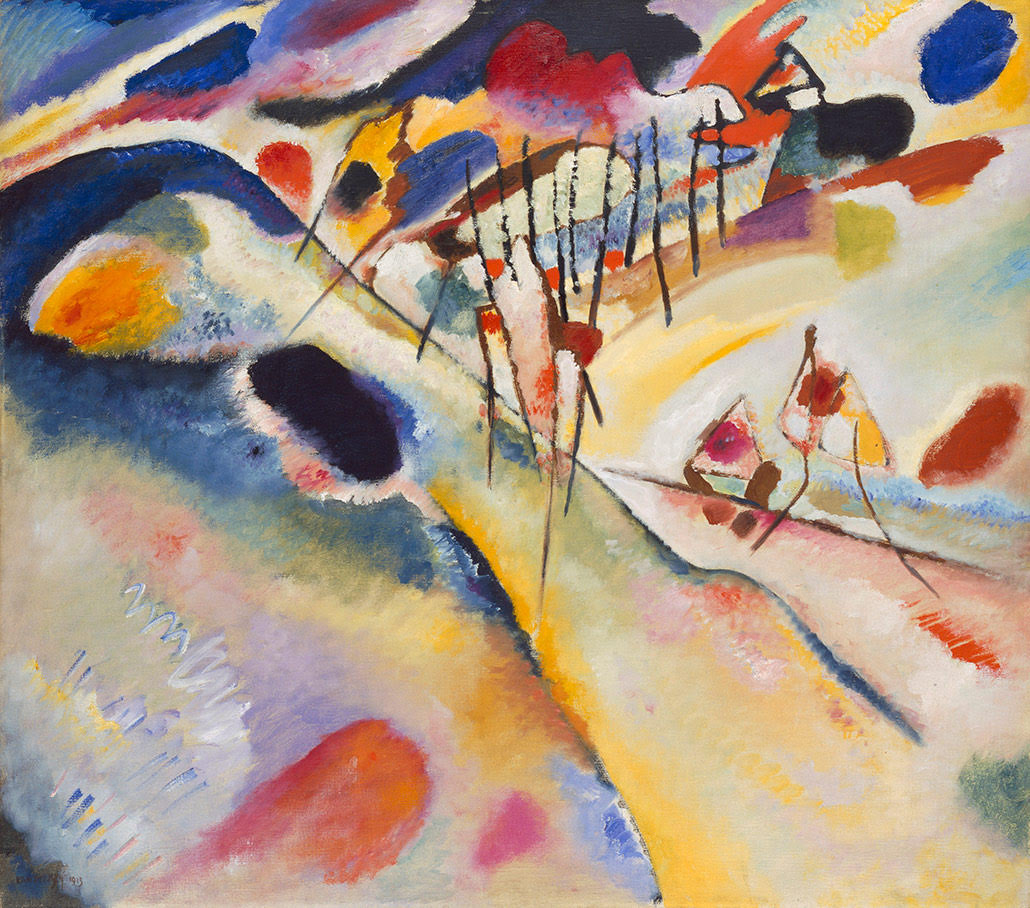 During Kandinsky’s lifetime, colour particularly was being examined in its relationship to human reactions, for instance pink being considered very calming while red, being fiery and only of the moment.

Modernist designers and artist worked on theories of colour, spirituality, universality, psychology and people’s perceptions. They believed intellectual and philosophical ideas were at the essence of the art and in many cases, often became far important than the image itself. 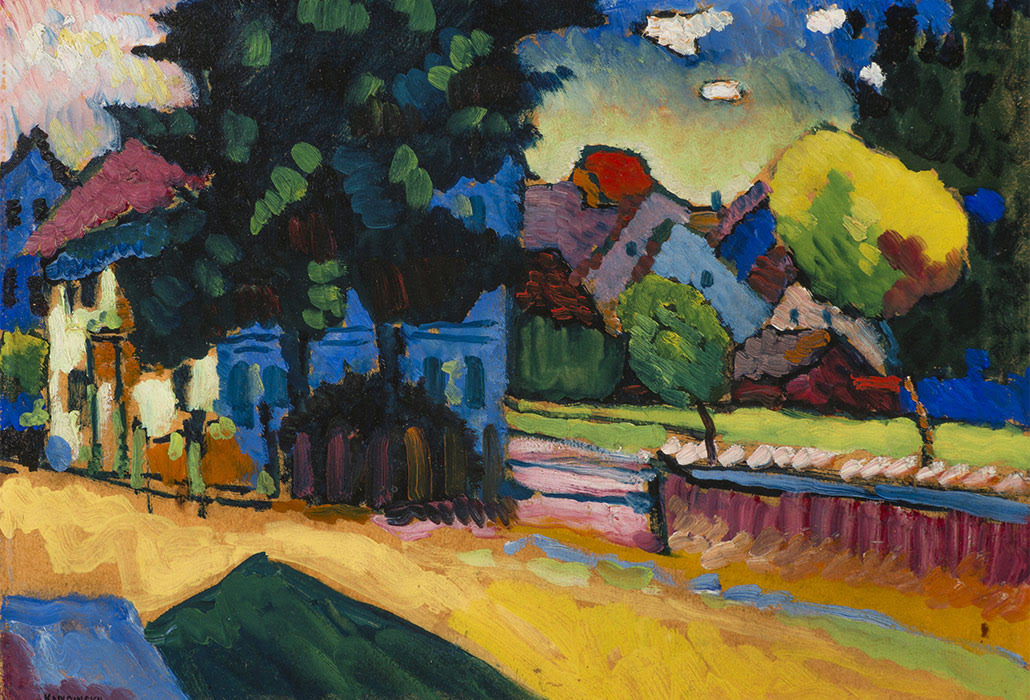 Kandinsky no doubt would have found a great deal to like and enjoy in the exhibition, showcasing some 65 paintings, including his own Landscape near Dunaberg (1913).

AGNSW curator of European prints and drawings, Peter Raissis says the exhibition, developed and curated by the Hermitage’s Department of Western European Fine Art deputy director Dr Mikhail Dedinkin, and senior curator Dr Albert Kostenevich, explores the seismic shift from a realistic, imitative art based on the perceptual exploration of the external world, to a more subjectivist, abstract art concerned with inner worlds.

“The artists represented in the exhibition discovered painting had its own autonomous meaning – colour, line, shape, tone, spaciality, symmetry or asymmetry, and the urgency of pure expression could be themes in, and of, themselves,” Raissis said. 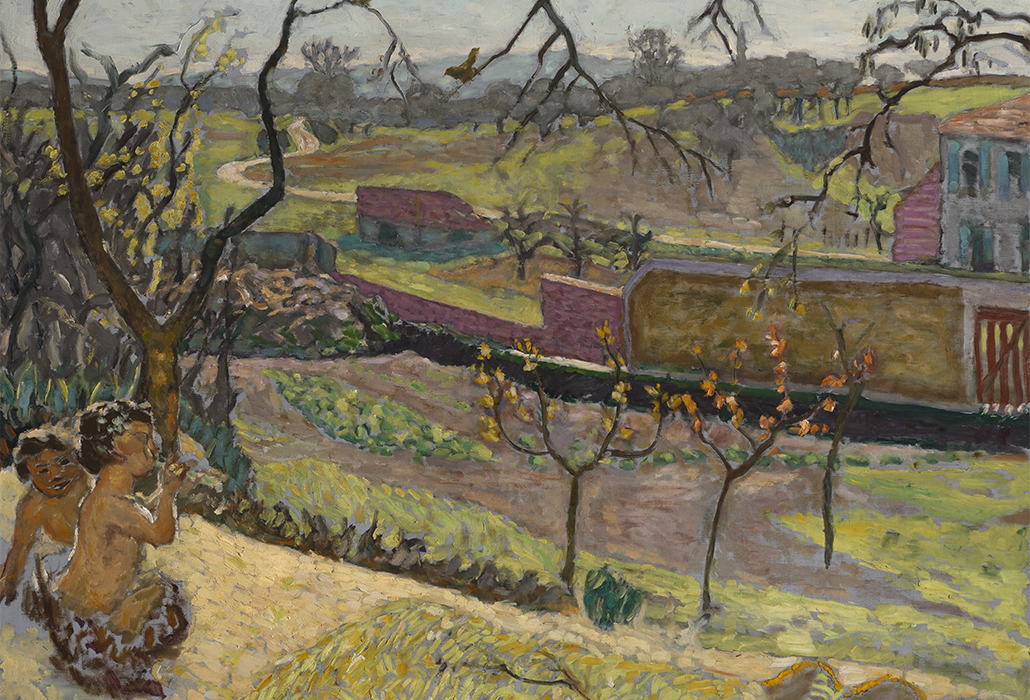 Their art is all integral to this illustrious group of works, and they would be sure to be smiling too, after all, their period of historical art has so much more freedom than those that preceded Modernism.

“The ground-breaking work of the modern masters, as they freed themselves from tradition and imagined art and life in new ways, is relevant today as innovation, unrestricted creativity and fresh perspectives on life, politics and culture remain of interest to us all,” Dr Brand, head of the AGNSW said.

Masters of modern art from the Hermitage will tell the story of Russian collectors Sergey Shchukin and Ivan Morozov, wealthy businessmen who championed the French modern masters. Two thirds of the works on show come from their collections. 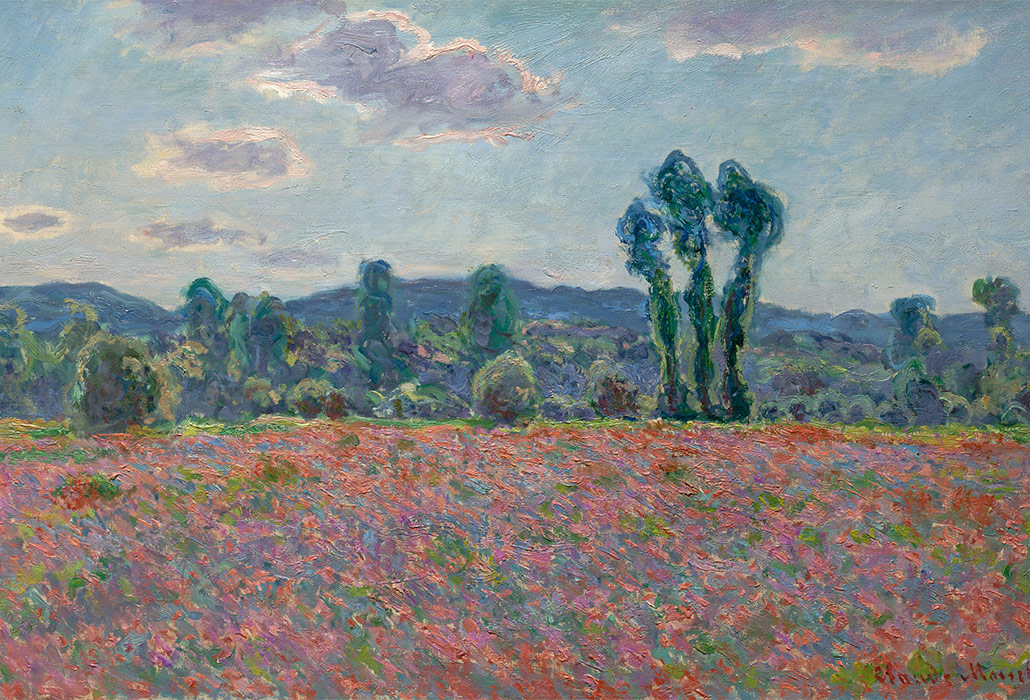 Claude Monet spent much of his time celebrating life and capturing what he saw. His impressions of light and colour led to his great body of artworks left for posterity and admired the world over. He abandoned dark colors after 1860 and began working from a palette of colours that were expanding due to technical advances, pure light colors that ravished the senses.

In autumn, his paintings flamed with colour, rendered with such an intensity that it was often hard for the artist himself to come to terms with them.

In his garden nasturtiums glowed, dahlias show off the luminosity and opulence of their colours and the light and its effect on water captured his attention as he endeavoured to catch subtle nuances of atmosphere never encountered before. 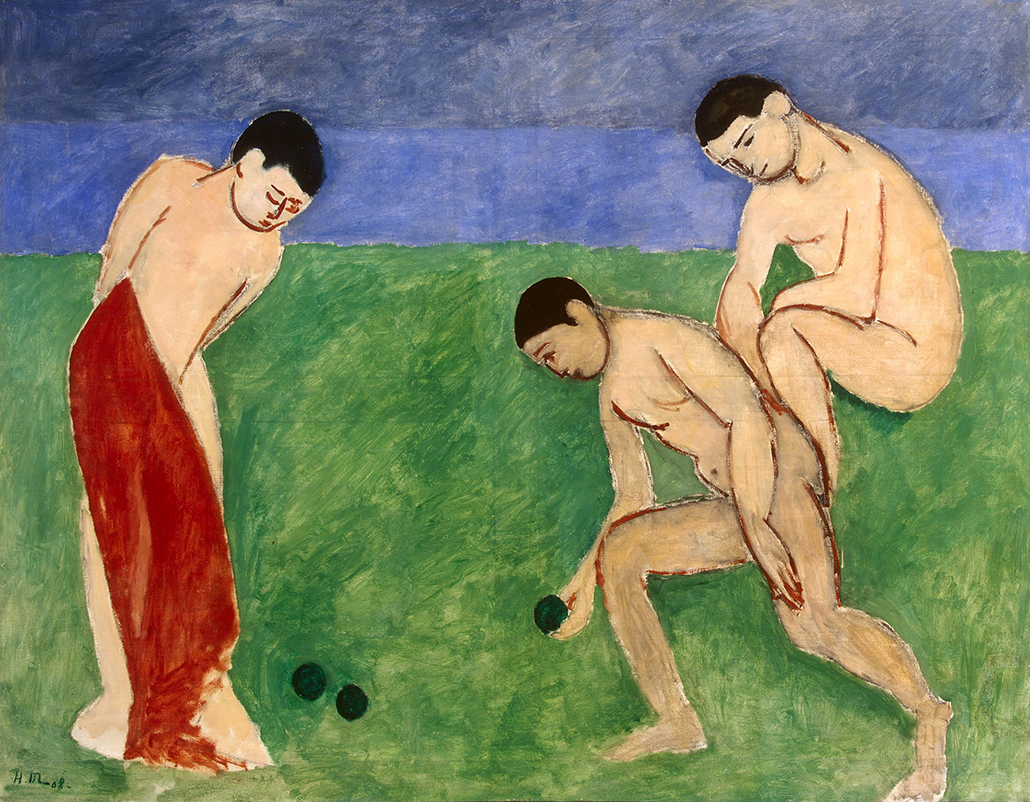 The process of creation was not simply a means to an end for Henri Matisse but a dimension of his works. He revelled in the fact that new metallic elements, such as Chromium, could be treated with different acids and then combined with various other metals, to provide a wider range of colours.

His mother brought him a box of colours to keep him amused as a boy when he was ill and he later commented that “From the moment I held the box of colors in my hands, I knew this was my life. I threw myself into it like a beast that plunges towards the thing it loves.” 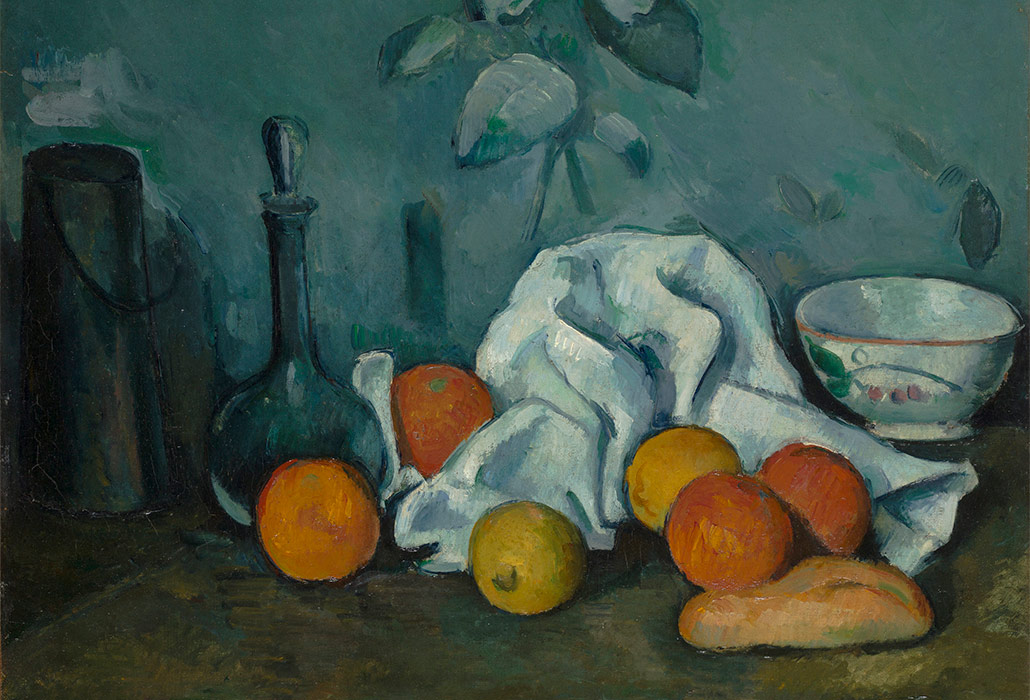 Paul Cezanne worked on a theory that an object could be broke into planes of colour, working first from fruit, then figures. 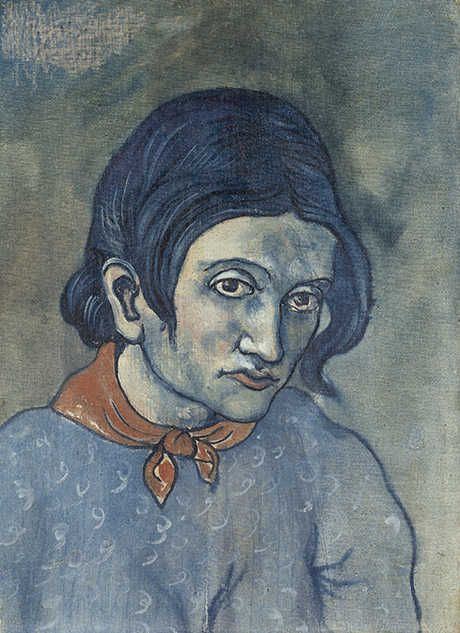 An immersive video installation by Saskia Boddeke and famous British filmmaker Peter Greenaway presents as an extraordinary dialogue between Shchukin and Matisse, highlighting the impact of the works of Henri Matisse on young Russian artists.

Works by Spanish draughtsman, painter and sculptor Pablo Picasso (1881-1973) will be sure to grab attention. He was a dominating figure of early twentieth century French art and together with French painter Georges Braque (1882-1963), they inspired ideas of cubism.

Braque working with Picasso from 1908 to 1914 exploring its various phases. 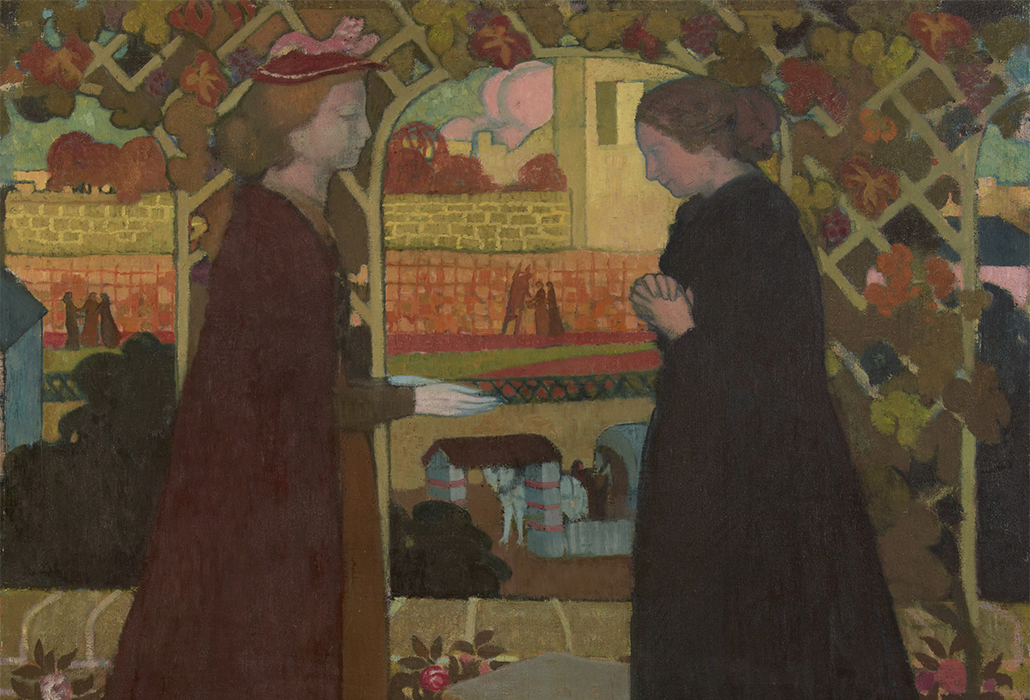 Masters of Modern Art from the Hermitage

Rose Niland Review for The Culture Concept Circle of Our Land My Eyes by Dylan Cooper, whose abstraction of landscape is on show at Incinerator Art Space Sydney