Masterworks: Unpacking Fashion an exhibition on show now in The Costume Institute at The Met Fifth Avenue, New York until February 5, 2017, features acquisitions of costume to their historic collections, many made over the past decade, purchased from designers who have advanced fashion as an art form. Before that time the focus of the collection was mainly Eurocentric. The exhibition highlights approximately sixty masterworks from the early 18th century to the present day. 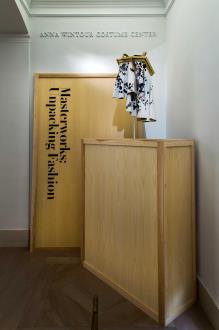 “Our mission is to present fashion as a living art that interprets history, becomes part of the historical process, and inspires subsequent art,” said Curator in Charge Andrew Bolton.

The range includes garments by Dutch dynamic duo Viktor & Rolf, whose world premiere exhibition is currently on show in Australia at NGV International, where they have succinctly proved that fashion is art.

A Ball Gown produced for their spring/summer collection 2010, was integral to what became known as their ‘Amsterdam Chainsaw Massacre, certainly not for the feint hearted, which does however have a charm of its own.

The primary focus will be as ever on women’s wear, although some men’s wear ensembles and a selection of accessories will both help to provide an in-depth explanation of its significance within the canon of fashion history.

Arranged chronologically, some ensembles will be shown in packing crates or on palettes, as though they have just arrived at The Met.

Sarah Burton, Creative Director for Alexander McQueen who worked alongside McQueen for 14 years and designed the wedding dress for the Duchess of Cambridge, has continued McQueen’s legacy since his tragic death in 2010. Burton is represented by a mid-thigh dress from her First Spring Collection for the house of Alexander McQueen featuring butterflies, hand-painted beauties fluttering around the shoulders and shaping its silhouette.

It’s a wonderful evocation of nature combining fantasy and fashion, a real showstopper from her first collection when she was appointed to lead the brand forward. 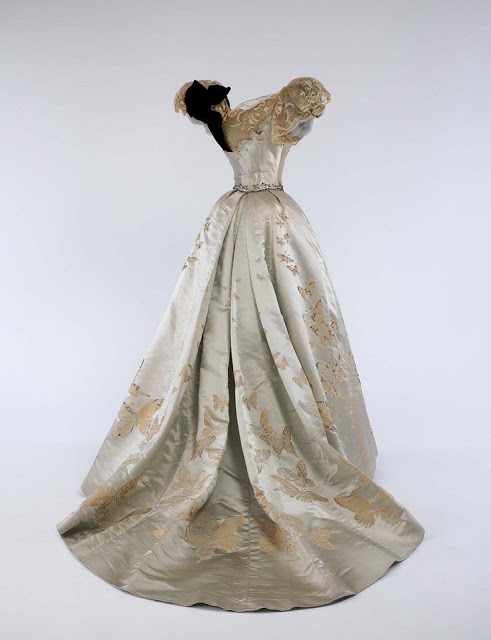 A lovely gown by Jean-Phillippe Worth for the House of Worth in 1898, reveals the style, elegance and beauty of the gowns they had produced since the days of founding the by now renowned fashion house.

English designer Charles Frederic Worth left London for Paris where in 1858 he established his own ladies’ tailor shop. Through the Princess Metternich wife of the Austrian ambassador to France, he gained the patronage of Empress Eugénie, wife of Napoleon III (1808-1873) of France (nephew/heir)

Worth became one of the first couture dressmakers in history to prepare and show a collection in advance and the first man to become internationally famous in the field of fashion. He pioneered designing dresses to be copied in French workrooms and distributed throughout the world – ready to wear. 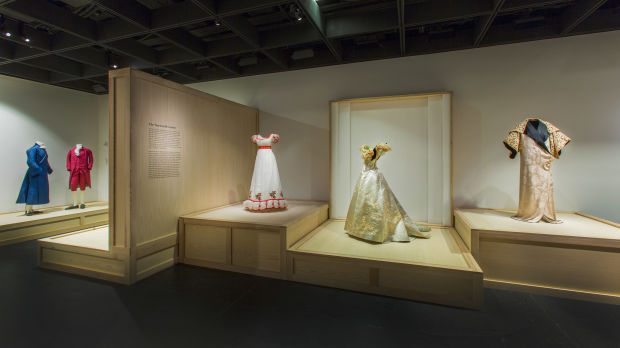 “While fashion is often derided for its ephemerality, its quick responsiveness to change ensures that it is an immediate expression of the spirit of its time—a vivid reflection of social, cultural, and political circumstances, and of shifting ideals of beauty,” said assistant curator Jessica Regan.

Her day job is as the Director of the Centre for Advancing Journalism at the University of Melbourne. Her personal sanctuary is her vegetable garden in an inner city suburb of Melbourne which comprises six square metres. Reading this book on gardening – which Margaret Simons cautions early on is…