The third night of opening weekend at the Brisbane Baroque Music Festival was about showcasing Austrian based internationally renowned countertenor Max Emanuel Cencic (b.1976-) and a voice that was pure gold, just like his jacket.

He was singing previously little known works by German composer Johann A. Hasse (1699-1783) known affectionately as ‘The Dear Saxon’, beloved in his day and feted for his gift of arranging musical notes eloquently – ‘equally a friend to both poetry and the voice’

Those who have been at this festival held over the past three years had high expectations this the third concert of opening weekend, which has to date been a musical feast of extraordinary works by amazing performers, would be great perhaps even exceptional. After all last year’s amazing performance that I was blessed to attend had showcased a jewel in a the crown the Russian Soprano Julia Lezhneva, winning for Hobart Baroque a Helpmann Award.

For this concert Max Emanuel Cencic came fresh from a number of wildly applauded and acclaimed performances on famous stages throughout Europe onto a local scene where he would be supported by the well known Brisbane chamber ensemble of players the Camerata of St John’s led by violinist Brendan Joyce.

Max Emanuel Cencic certainly brilliantly revealed to us all why he is considered at the top of his game internationally, by singing a selection of superbly imagined arias by Hasse, a composer working during the Baroque era in Europe an extraordinary age and climate of music in our world (1600 – 1750).

How do you become a supreme countertenor or supreme composer or supreme chamber orchestra for that matter among all others, recognised by your peers as at the pinnacle of achievement you must either attain or exceed if you also wish to breathe rarefied air.

Sheer talent, wonderful training and a wealth of experience are not really enough.

You have to add in a passion for performance, the ability to go beyond the boundaries we all set ourselves in the pursuit of excellence, and a liberal dash of je nais se quoi.

You have to aim to be among the elite and on this night both Cencic and the Camerata indeed were.

Not only were the Camerata a perfect choice to ensure Cencic soared to the very highest of heights taking us all along for the ride, but for this concert they were beyond outstanding.

Gone are the days when accompanists were quietly proficient and virtually seen or heard. On this extraordinary night the playing and singing on both counts went way outside the boundaries of what anyone could have possibly imagined.

It was a very special collaboration of very fine artists ensuring the best result for all.

Together Cencic and the Camerata quite literally blew us all out of the ‘ball park’; individual performers from opposite parts of the world brought together to perform at the top of their game with amazing virtuosity, proving they both belong on the world stage.

As Artistic Director Leo Schofield noted afterwards, we were all ‘gobsmacked’.

The Camerata under Joyce’s sensitive direction on this night were on fire. When it was their turn they owned the stage completely with both energy and grace in their stunning instrumental moments.

On the other hand they unreservedly supported Cencic with great élan as he superbly sang a program of marvellous music composed by ‘…a German with the musical passions of an Italian…’.

Words continue to fail to describe the brilliance of the performances witnessed to date at Brisbane Baroque, 2015. 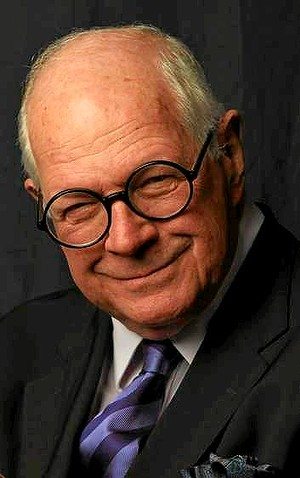 For Leo Schofield AM (pictured) and executive Director Jarrod Carland, who have invested so much in founding an international Baroque festival in Australia it must be both gratifying and humbling.

For their new partners, patrons and supporters in Brisbane, including the Queensland Government and Queensland Performing Arts Centre, who have trusted them to deliver the goods and first year’s attendances, it must be very pleasing.

A great deal of energy and commitment has gone into establishing the festival and certainly those who trust Leo’s ability as an artistic director to deliver have turned up in droves.

For many of those from interstate (not locals) the surprise of the evening was the performance of the Camerata of St John’s led by the very talented Brendan Joyce, who also features with the Orchestra of the Antipodes and Australian Brandenburg Orchestra.

As a leader Brendan Joyce is a man of both humility and eloquence, a rare combination best expressed through stunning performances.

The Camerata’s sensational rendition of Christoph W Gluck’s fast and furious Dance of the Furies, which flowed seamlessly over into Johann Sebastian Bach’s completely breathtaking Air from Orchestral Suite in D Major, was more than sublime.

The concert as it progressed broke every boundary previously known and went way beyond exceptional. Move over ACO the Camerata are coming alongside.

They are honouring and proving that your amazing example of continuing to raise the bar of excellence high in classical music making for other emerging Australian groups to aspire to over the past two decades has worked.

Just as you did at the Tarrawarra Art Museum recently achieving a ten out ten, for the concert honouring Australian artist Peter Sculthorpe, the Camerata also reached that pinnacle of perfection that every chamber musician aims for with this extraordinary performance. The Camerata of St John’s in their turn honoured the fine tradition of the original Florentine Camerata a group of friends; musicians, poets and intellectuals who met often in sixteenth century Florence 1573 – 1582 under the patronage of the Count de Bardi to try and predict trends.

They started a musical journey, which led to the development of a style of delivery, which eventually facilitated the whole Baroque period of dramatic music composition, the rise and rise and popularity of the chamber orchestra in the eighteenth century as well as the eventual emergence of opera and the arias we enjoyed on this very special night. The evening began with the Camerata warming up to the beauty with a ‘Theatrical Introduction’ the Op.4 No.5 in D Major, 1735 by Pietro Locatelli (1695-1754), which was all delight – bountiful, bright and beautiful.

Then onto the stage strode Cencic to perform Se Mai Senti, Spirarti Sul Volto, from the opera in three acts Titus Vespasian that premiered in Naples in 1739 followed by the aria Solca II, Mar, from the opera Tigrane, 1739.

It was a wonderful omen of things to come, superb singing of great elegance of style; sweetened with, or as if with honey. It all looked so effortless and his ability to explore both the top and bottom registers of his outstanding voice with such greet eloquence and agility was quite extraordinary. Max Emanuel Cencic and the Camerata of St John’s on stage in the Concert Hall, QPAC Brisbane Baroque 2015

Next the Camerata of St John’s went with the ebb and flow of the rarely heard Water Music (WasserMusik) composed by Georg Philipp Telemann (1681-1767).

Cencic followed up with two more stunning Hasse arias before interval, which not only further revealed his technical abilities as a coloratura countertenor, but also the depth, breadth and richness of his outstanding range.

His rendition of Notte Amica, Oblio de Mali, from Il Cantico de Tre Fanciulli, 1734 showcased the unique timbre of his voice. It was full of expression and beauty and I have to say I loved this piece. Cencic sang it with such style the applause was thunderous. After interval Cencic strode confidently back on stage to further reveal his true artistry. With great technical skill in bravura style he radiated delight as he delivered Hasse’s Siam Navi’all Onde, from Olympiade, 1756.

This fast furious work full of virtuosity was the marker that this concert was turning into one that would resonate for a long time and remain, in our hearts and minds, truly memorable. Detail, girls of the The Camerata of St John’s, Photography: Dylan Evans

His coloratura moments in this piece were outstanding.

Then came the Camerata triumph, the Gluck and the Bach. The Gluck went beyond brilliant and the Bach was indeed achingly beautiful.

Leader Brendan Joyce was ably assisted by just five players including his talented wing man violinist John Ng. They carried the melody with such exquisite sensitive playing my companion, a considerable musician herself, said to me afterwards that it was at this point she found she had truly forgotten to breathe.

A sentiment I am sure echoed around the hall and talked about long afterwards.

The addition of the French Horns, Oboe, Flute, Bassoon and the exquisite playing on the harpsichord by Stewart Smith expanded a beauteous experience.

We certainly both sat over a quiet cup of soothing lavender tea at home afterwards and waxed lyrically for over an hour – it was very hard to go to sleep because we wanted the moment to continue forever.

The final offering of the evening by Hasse was Fra Dubbi Affetti Miei, from Siroe, 1747, which totally sealed the deal.

Works by Hasse and other composers have long lay gathering dust in libraries for centuries.

Thank heavens for those singers and musicians who scour old libraries to turn up these hidden gems for all the world to experience their joy and beauty.

Cencic shone like the bright shining star he is, tossing off his coloratura runs with such relaxed ease that it was humbling.

The generous encore from Euridice by George Christoph Wagensell (1715-1777) he and the Camerata offered after so much wonder was truly icing on the cake.

Sydney and Melbourne musical literati are probably more used to great events like this, now its Brisbane, the city big enough to feel lost in, but small enough to feel at home’s turn.

Mirusia made musical memories as she expressed superbly a multiplicity of sounds on her This Time Tomorrow tour wowing some 5000 people at Hamer Hall, Melbourne