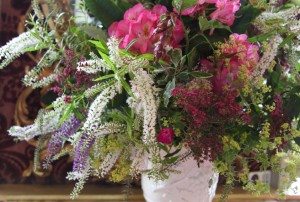 A language of flowers developed in England and Europe during the nineteenth century as a response to an admiration for the beauty of flowers. It was means of communication in which various flowers and floral arrangements allowed individuals to express true feelings which otherwise could not be spoken. They could also bee arranged in bunches to send coded messages which was an attribute many people enjoyed. The giving of daffodils, one of the most dazzling of the flowers of spring meant having a great regard for the receiver. Red tulips like their rose counterparts were a declaration of love, a red Poppy meant pleasure while Hyacinths, with their heady scent were considered appropriate for those who enjoyed sport and liked to play games. Lilies, well they were about purity, sweetness and modesty and the yellow Sunflower about pure and lofty thoughts. Beware though of yellow carnations for they meant disdain, while striped carnations spelled disaster because they were all about refusal. And, red carnations, well they meant alas my poor heart.